These are some really rough pencil comps I did to flesh out the ideas from the previous post: 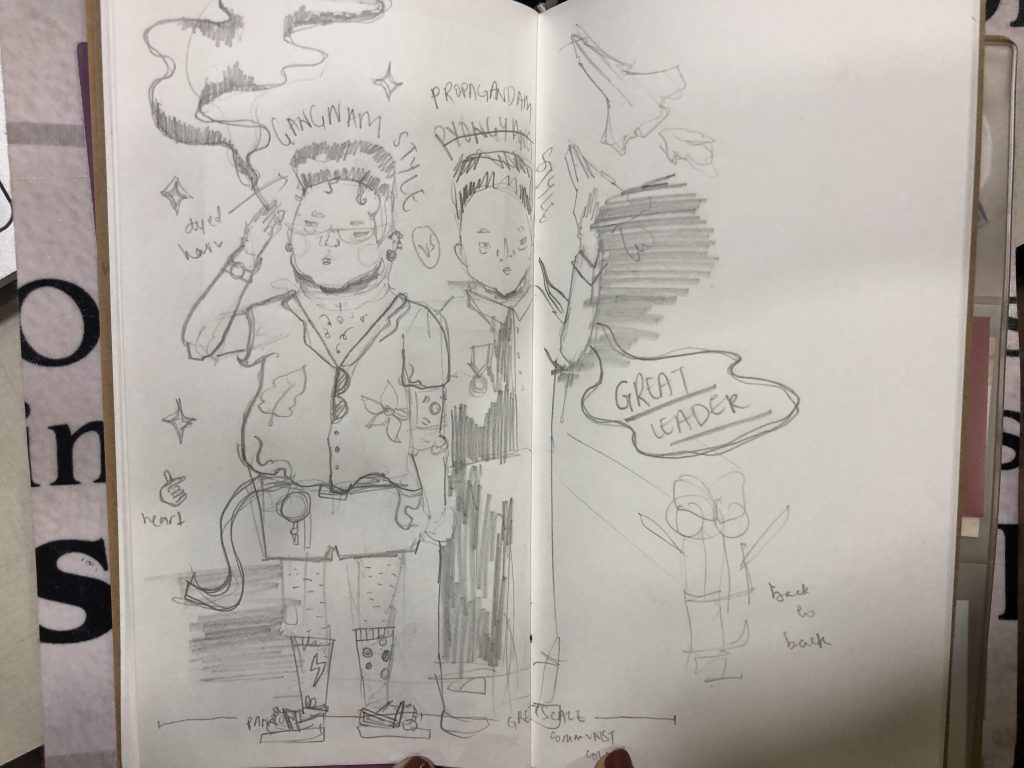 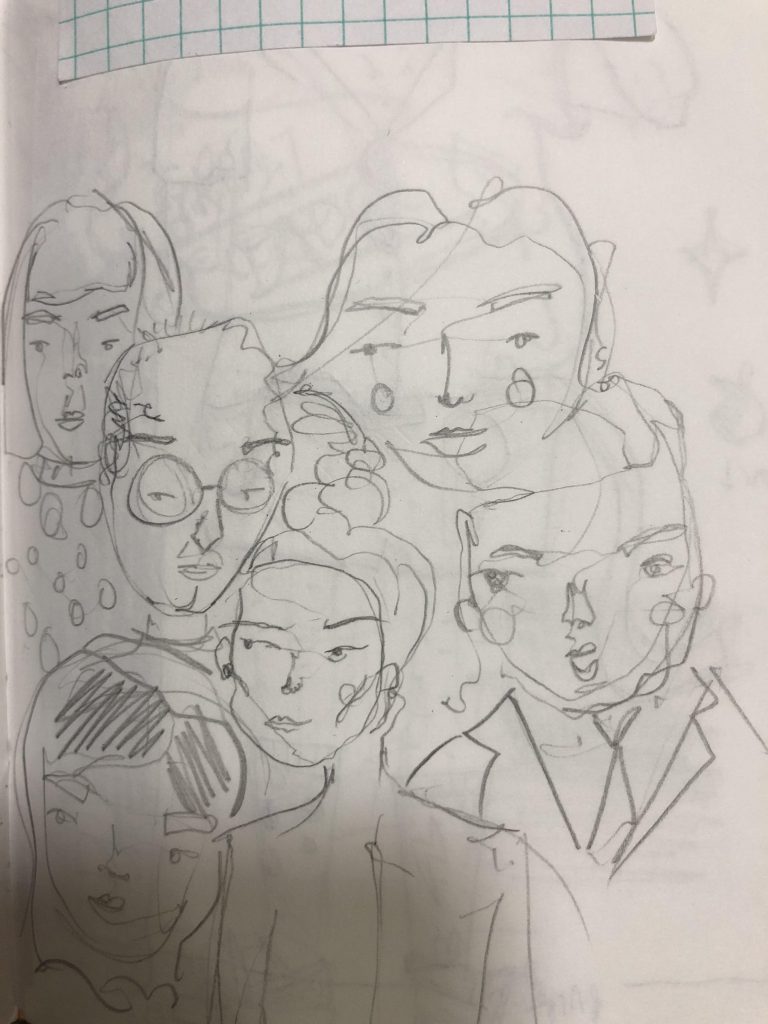 I digitized them to better see how they would look: 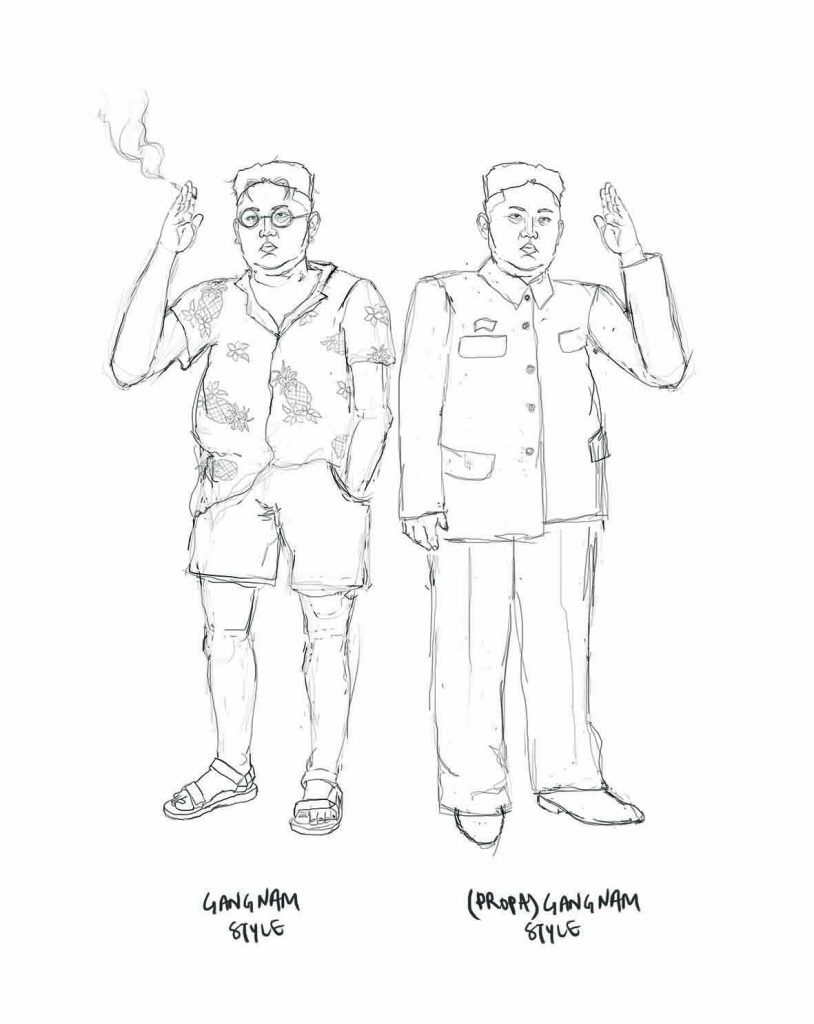 This idea wasn’t outlined in a previous post, but came to me in class. Here’s style epitomized by the division between the two Koreas. I think it’s really interesting how drastically differently north & south have developed since their separation. While the south has become an international beacon of style [even getting it’s own fashion week], in the Democratic People’s Republic of Korea [i.e. the north], personal style – like many other things – is also subject to a strict set of rules & regulations. 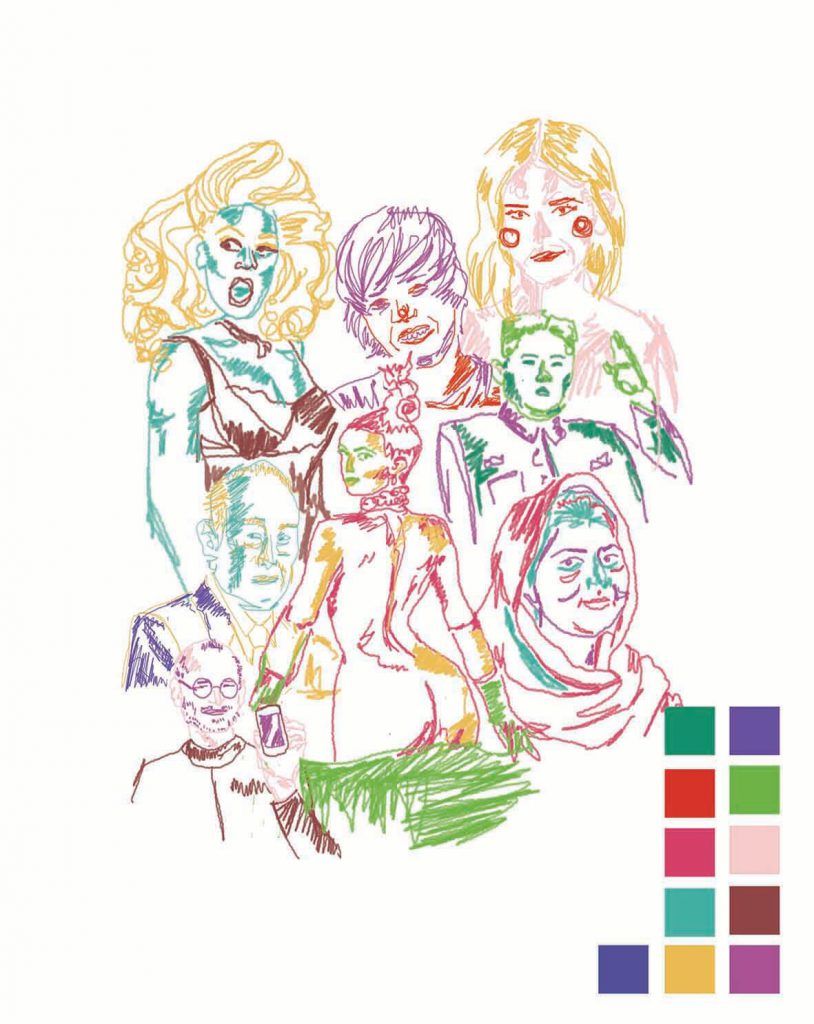 The idea behind this is to sketch iconic figures in pantone colour of the years (from 2008 to 2018) to help capture the zeitgeist of our time. I don’t really like this digital though, I think it’d look better done analog, with oil pastels. I can’t seem to find the right photoshop brush to replicate the texture 🙁 I might also rearrange the figures and add/change a few of them.

For now I don’t have a particular composition that I’m leaning towards though, both seem interesting to pursue.