Hello hello!! Took note of the feedback from the critique session n adjusted accordingly! Added some more patterns to his shirt to tie in the fluorescent green colour, a bit more depth/shadow to the N (in burn) to help it stand out from the fire a bit more. Also tried to thicken the stroke width of the lighter a little! I do think it looks a lot better actually HAHA. Here’s the final, revised, updated poster: 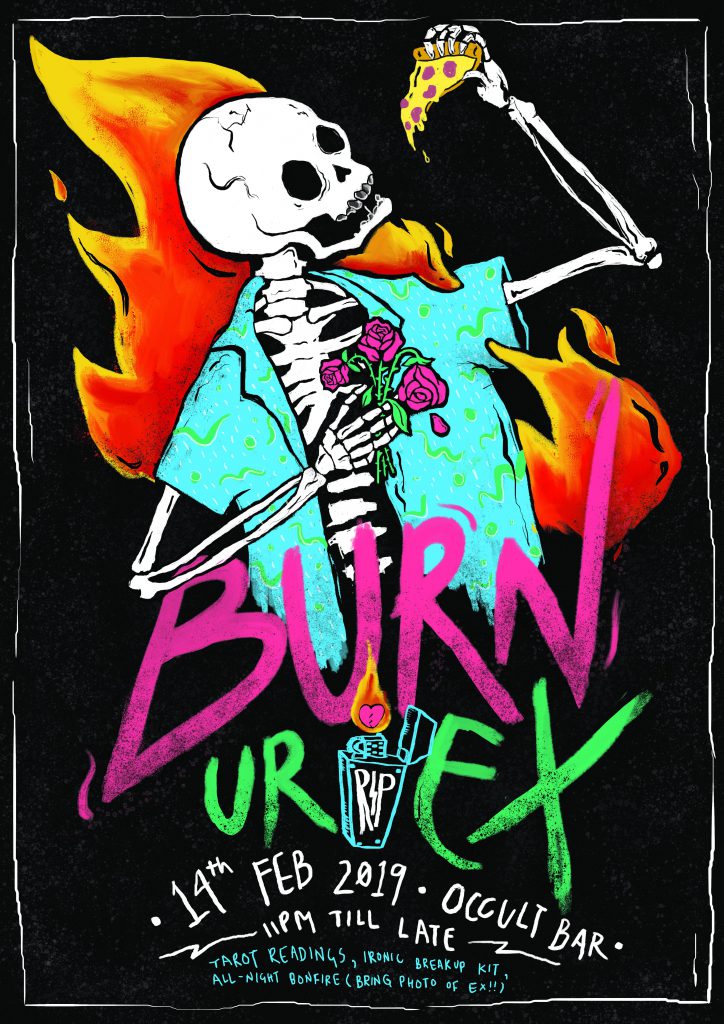 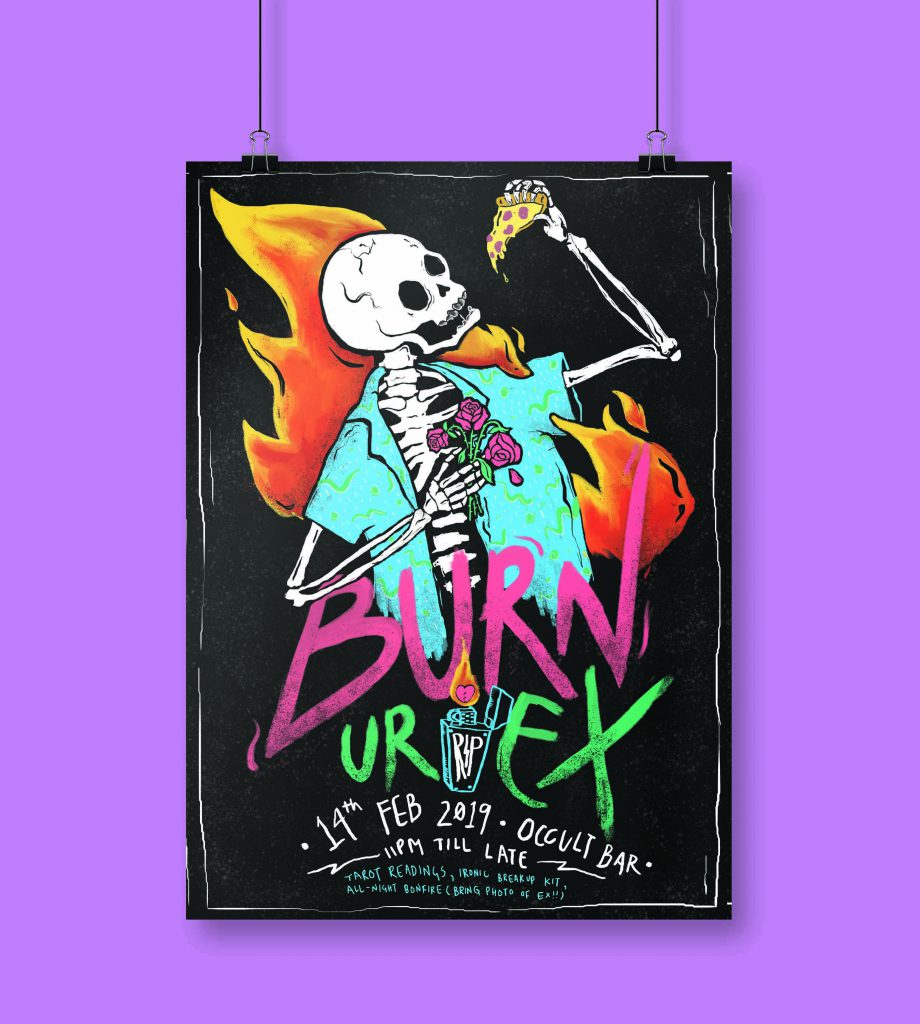 Also had a bit of fun with more mockups (not because I was procrastinating doing other schoolwork…. why would i do such a thing????) so here’s a lighter that looks super cool kind of really wanna get it printed now 🙁 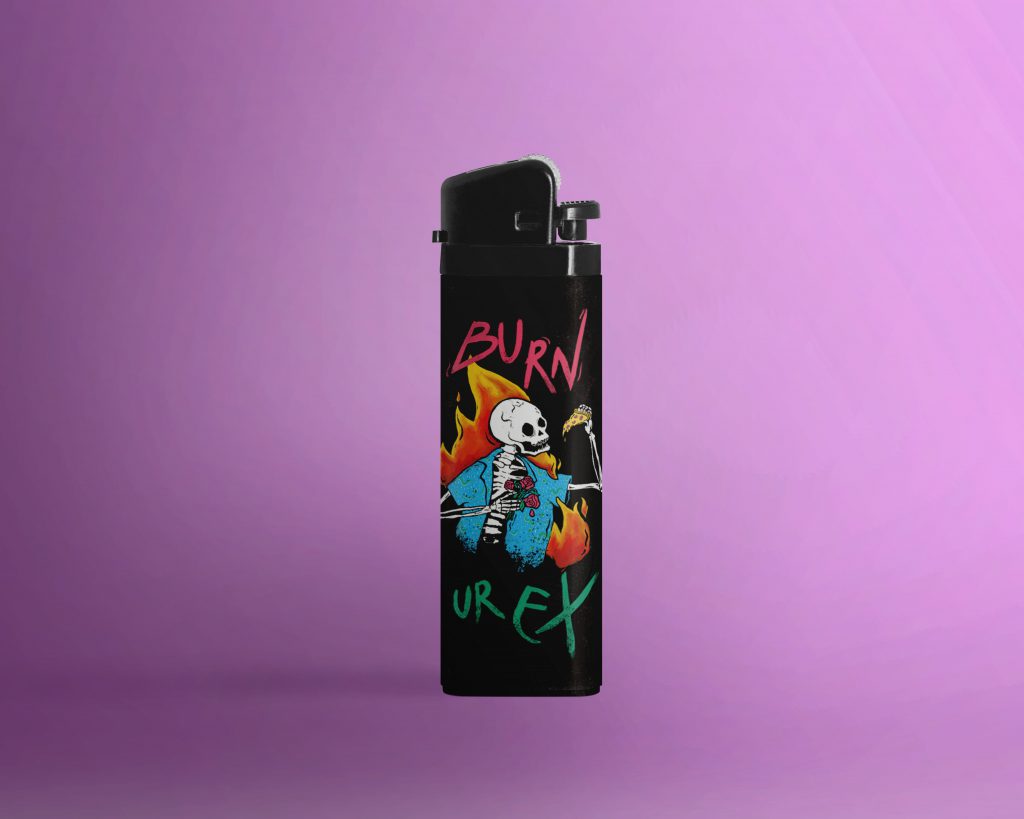 And some skateboard decks! Bc a girl can dream 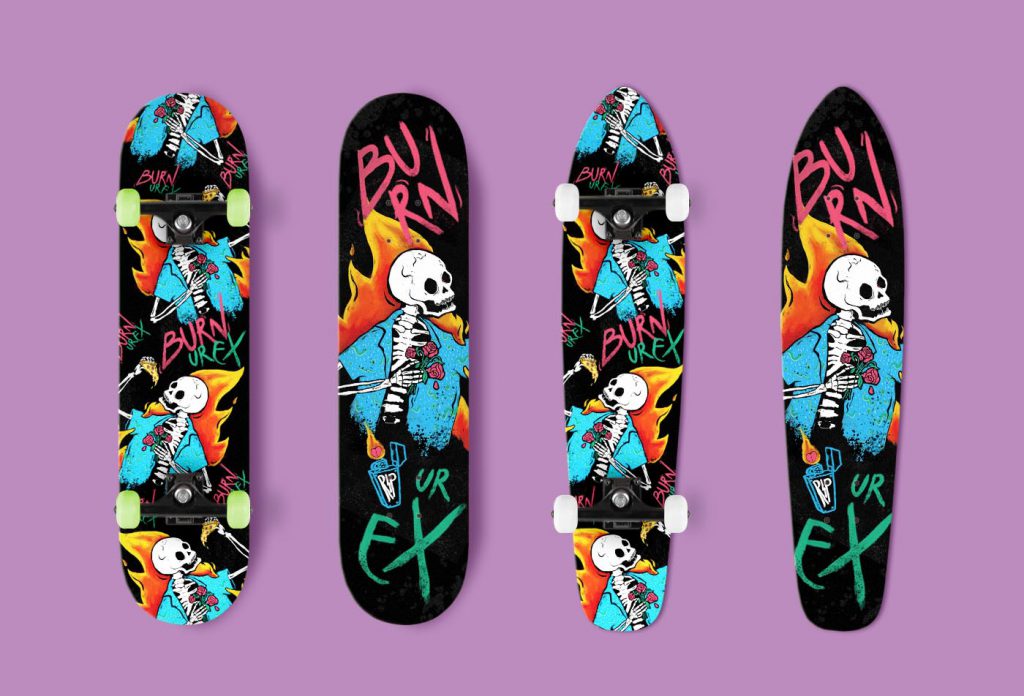 I really enjoyed this class! I think it helped that I felt that I had the most free reign over my concepts/direction/style in this class, especially in comparison to the other VC mods I was taking. I also have never illustrated this much in a semester before but I think the outcomes are well worth the effort :’)

I think as with most (if not all) other creative practices the only way to really learn is to practice and become more familiar with the software and brushes. In this aspect the class really helped because it was that push I needed to actually spend time illustrating. The user and anti-user persona / moodboarding processes were also actually really helpful n relevant in my other classes (packaging design…………..) so I’m really glad we were exposed to that too. I also really enjoyed the crit sessions because they were always so fun n everyone had ideas that were truly insane n hilarious n truly characteristic of ADM :’) It was a great sem!! No regrets taking this elective :’)