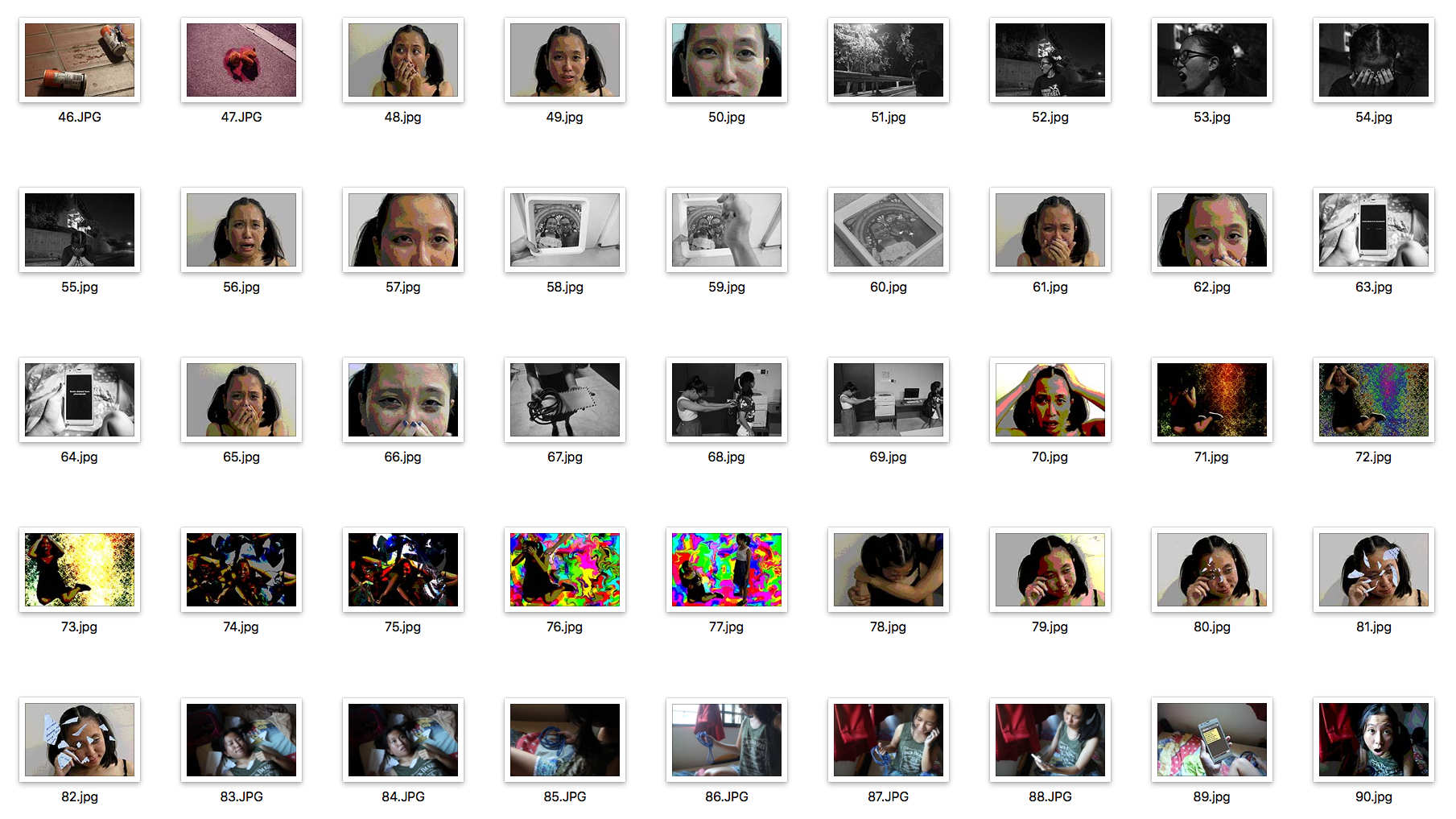 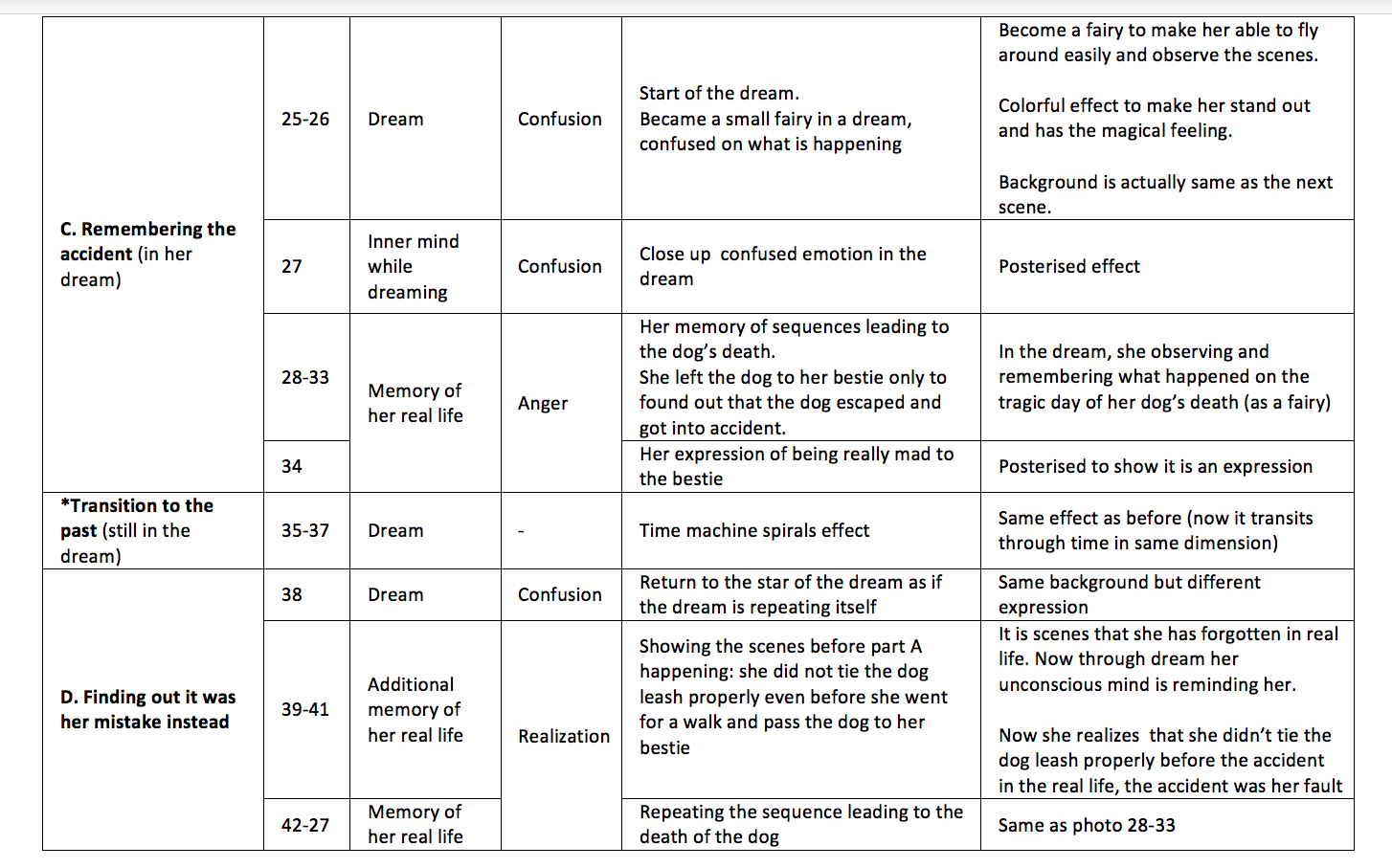 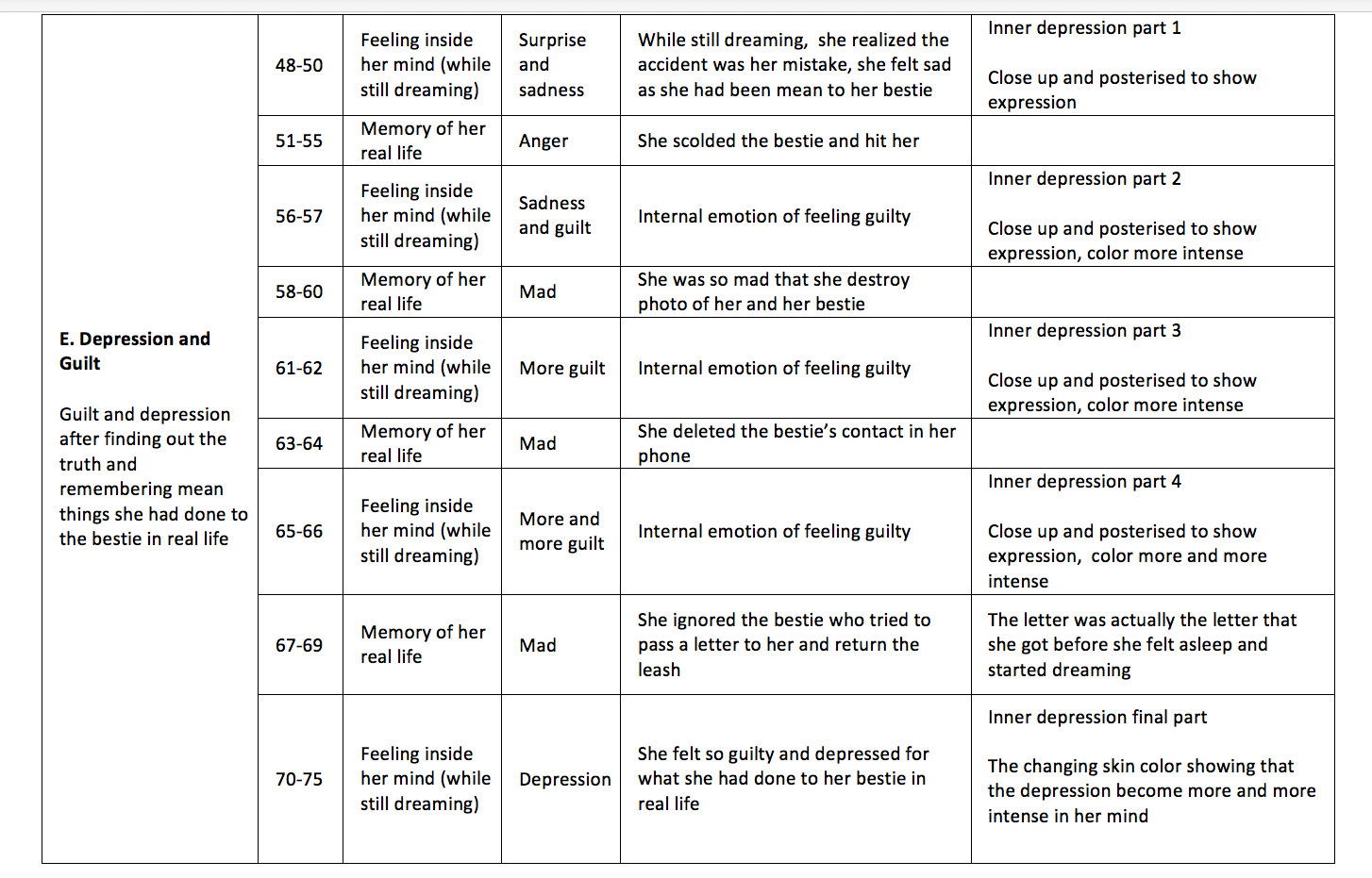 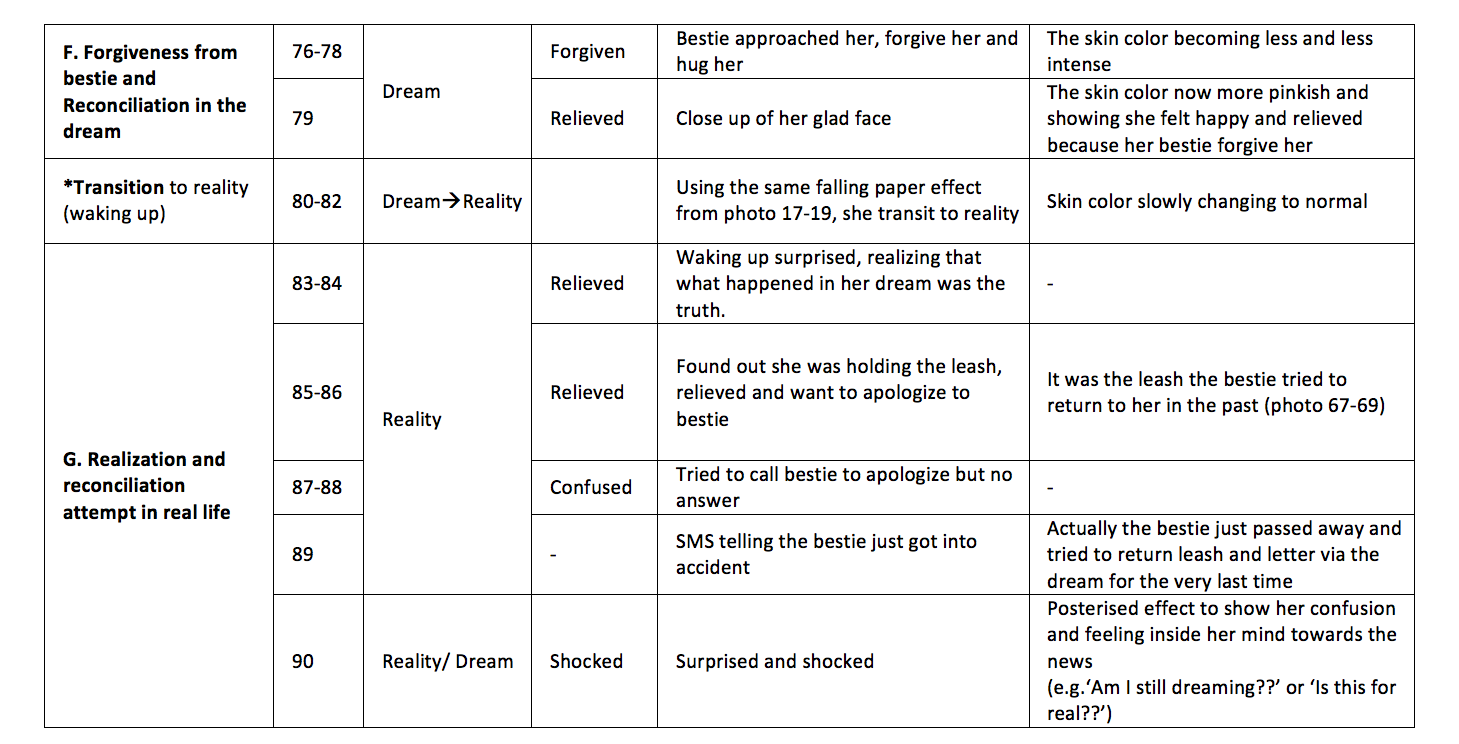 Some say the world will end in fire, Some say in ice.

But if it had to perish twice, I think I know enough of hate 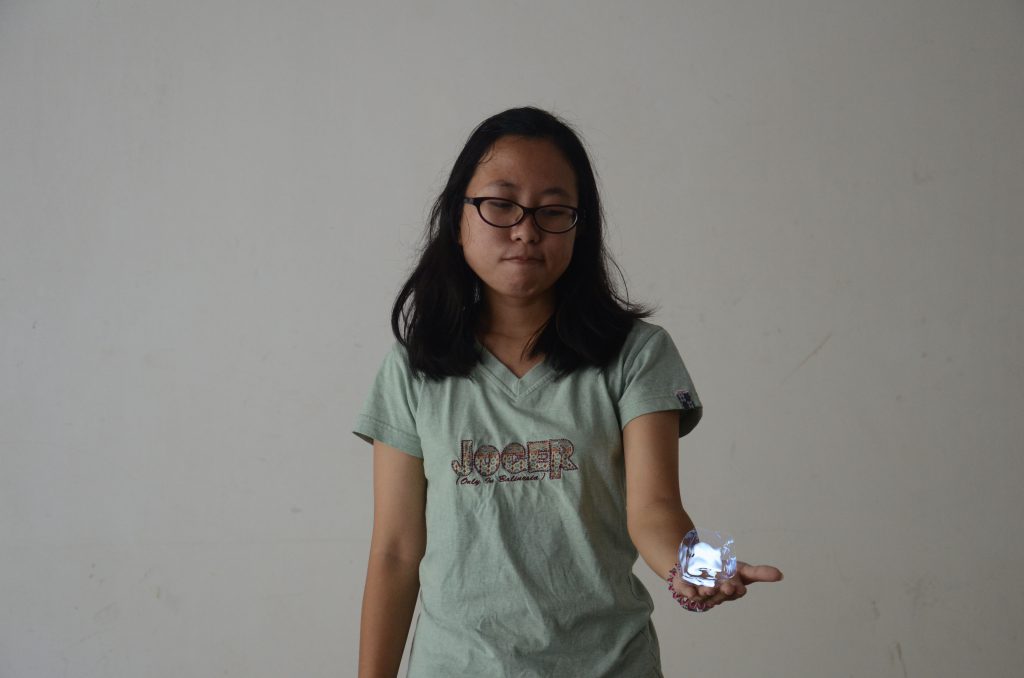 To say that for destruction ice Is also great

Yess so this is a repost of my in-class pair work with Candy (she is so pro 😀 )!

We were trying to use the Kuleshov effect and the main idea of the sequence is:

Hi! So we are learning about object as signifier and signified for our 4D class! Each person has to choose an object and I chose my room key.

Part A: Key as signifier (it gives surface/ literal meaning)

Part B: Key as signified (it gives implied meaning, what does it signify)

By right I should end the post now, but I really want to post these special photos dedicated for G07 and Prof Wen Lei! So ya, hope you enjoy it 😀

Part C: Special keys (huge key thanks to all the models :D)

Okay… Sorry guys I have to admit I enjoyed this task a biiiiiit too much… I promise this is really the last part of the post!

PRECAUTION: If you keynot tahan lame jokes and pun, you can click “close” at the corner of the page ASAP! Forgive me!!

HUGE THANKS FOR YOU WHO ARE STILL READING THIS!! (you have every right to judge)

It’s really the end now. Thank you for reading!! Hope you enjoy it!

When we were told to introduce myself through photos the very first thing that I thought was I am an Indonesian who has been studying in Singapore for several years and counting. So here I start!

My very first photo is about Indonesian food arranged in a box. They were put inside a box to show that they were not local and has been packed to Singapore. My photo was taken at medium close up with man focus on the ‘IndoMie’ at the center. I chose ‘IndoMie’ as it is a famous food from Indonesia that we can find in Singapore. Moreover, the food was arranged as such the front part are Indonesian medicine and herbal drinks, the middle part consist of instant food (instant noodle, instant porridge and instant cereal) and the last one to be Indonesian food that need to be cooked, like the beef jerky, salt and seasonings. This photo like showing different type of Indonesian food.

The second photo is about Indonesian clothing of Batik. It was taken with medium long shot, a picture of me wearing a batik dress right to my wardrobe which is filled with other batik as well. It shows how I like to wear a Batik due to its pattern and comfortable material.

The last photo for this task is an Indonesian flag among many other country’s flags. It’s showing my pride and love for indonesia, especially as an international country, Indonesia appear to be the only clear one for me.

To conclude task 1, the message I want to say is that even though I have been in Singapore for many years, I still have my Indonesian spirit with me! 😀

Artist reference: Yasumasa Morimura’s artworks of “Daughter of Art History“, especially on Mona Lisa part where she focuses on one individu in one pose, yet she can bring out many different and new aspect her when she edited the photo. Just like her focusing on one individu to express many other things, my task 1 I am focusing on my nationality yet at the same time exploring many different aspect of it.

The object I chose is my portable sewing machine! I have a very profound memory with it as I used many times when I was in the Orientation preparation team in JC and I found that I really enjoy sewing. The first photo is a full figure shot of the sewing machine. I chose the the front side as it gives the classical feeling a sewing machine. Somehow this angle gives a combination of old-styled object and modern model of the machine.

The second photo is high angle of me putting the thread before the machine can be used. I want to show that I prepare the machine before using it.

The last photo is a low angle photo of me using the machine. With one hand on the presser bar lifter and the other one holding the fabric, I show that I was about to start the sewing process. The shot also capture my smile which perfectly display my feeling when I am sewing.

To summarize task 2, I want to portray that I enjoy sewing and I like my sewing machine so much. It has a deep meaning to me as it help me went through stressful period and because of the fact that it was given by a good friend.

About the last task, I had a long time deciding which place should I go to. Honestly I didn’t really have any specific favorite place in Singapore as I like so many places! So I decided to choose the places where I have been spending most of my time in my last 5 years stay in Singapore, my hostels.

The first photo was about my very first hostel named Parry Hall in Kovan, which I stayed from November to December 2011. It was a short 2 months stay during English bridging course but the friendship there has left a great memory. One of the reason I chose to take the shot in the morning was that we always left by bus very early in morning. The photo was taken at taken in the early morning with extreme long shot.

The second photo was about my second hostel when I was studying in Anderson Secondary School from 2012 to 2013. The hostel name is Anderson Junior College Hostel in Ang Mo Kio and was taken on the afternoon. One of the reason I chose afternoon was that I used to come back from school in the afternoon. The photo was taken from low angle with extreme long shot.

The last photo was about my third and last hostel before I went to NTU, St. Andrew’s Hall in Potong Pasir. I stayed there when I was studying in St. Andrew’s JC from 2014 to 2015. One of the reason I took the shot at night was that I went back to quite late to the hostel most of the time. The photo was an extreme long shot taken from low angle.

To conclude, personally task 3 is about places that have been my home since the time I came to Singapore in 2011. They all were equally significant to me in a way I cannot describe, each place has left different memorable memories. The timing of the photo taking was purposely planned to show the order of the hostels (early morning – afternoon – night). Also, it was because I spent most of my day there, literally from morning to night!

Artist reference: Luigi Bussolati series of “A Few Houses” in which he photographed different houses with different environment and timings. As most of his photos capture mostly the surroundings of the house, they really give out clue and feeling of the kind of house it is. I hope my photos can give out that feeling as well.

Finally, here is how my photos were arranged for the critique session:

So yeay! It marks the end of my Project 1 for 4D! Hope you enjoy it and have a nice day!