Hi!
This is my final project for 2D Foundation I: Ego.
For the concept, I divided my ego into myself in four different places and different role. 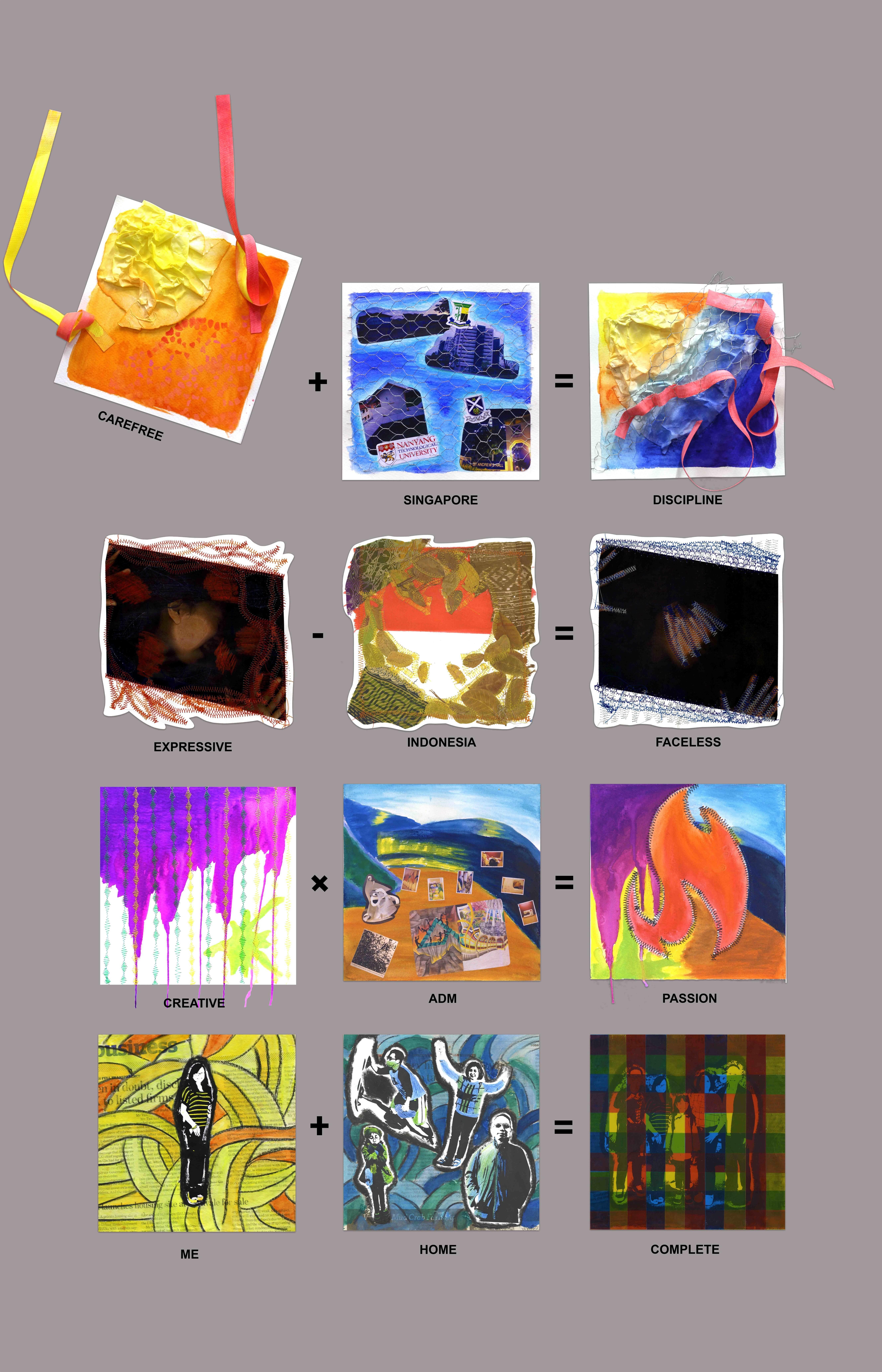 For the first context I want to show myself as a student. And the main place for my education is Singapore as I first got the opportunity to study there 2011 in Singapore until now. I used the addition sign as it is something that Singapore culture (especially education culture) is really an essence that has been constantly added to my life as a student. 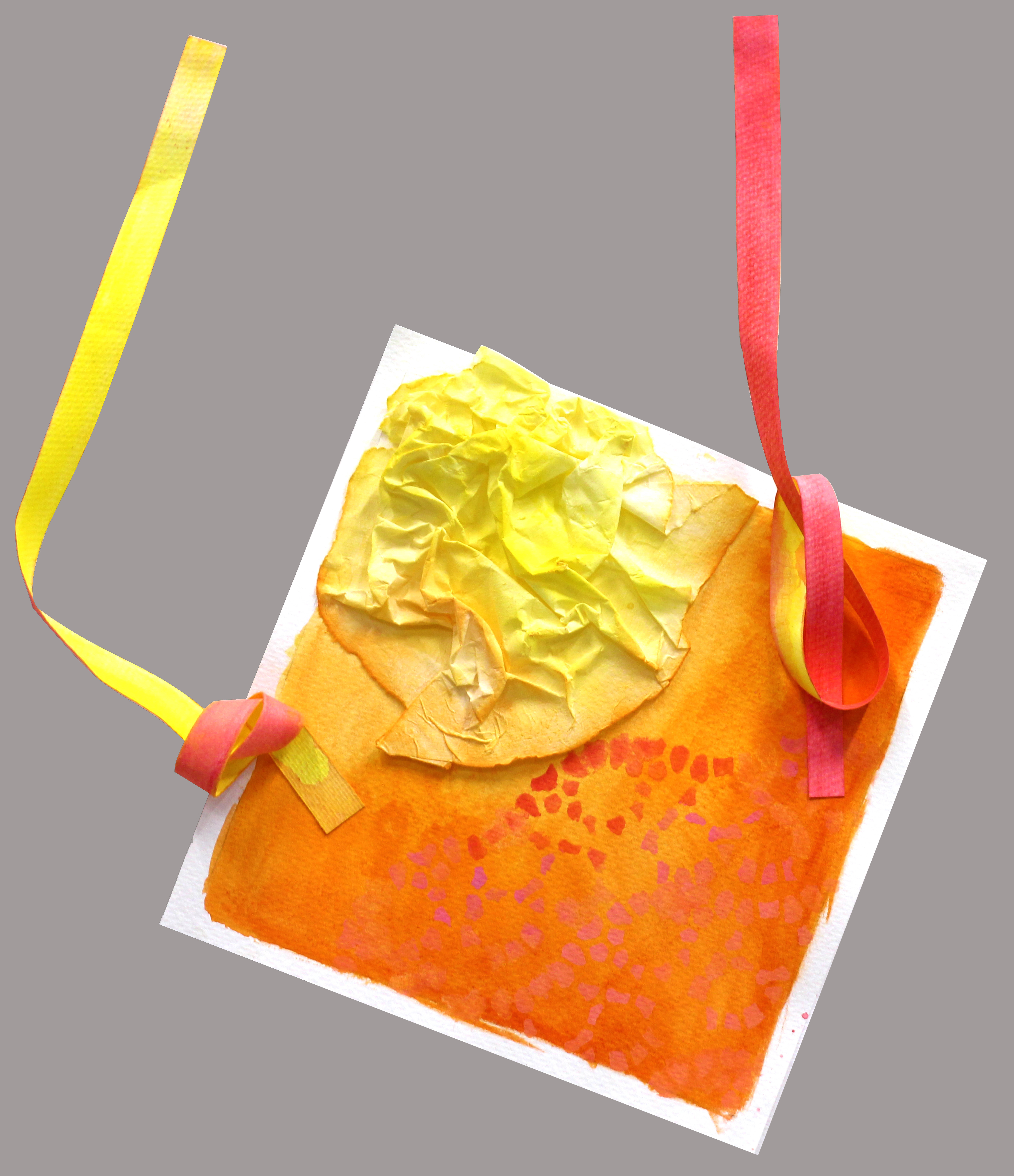 Carefree: It represents myself as a student before coming to Singapore when I was more free and able to do anything I want without thinking much of the consequences. I was much more selfish and ignorant towards my studies back then.  The carefree ness in me was represented by the position of the paper. Its orientation is not align to show my carefree ness and how I trying to escape learning. The crumpled rice paper also represents part of me. The colour is mainly orange to show my immaturity and pink to represent actually my love to study which make me want to escape to normal way and finding my own learning.

Singapore: As a student, my Singapore includes pictures of the hostels I stayed before together with the schools I went to. I put wire mesh on top of it to represents the rules and confinement I feel in Singapore. There are many rules like curfew and study time. As such, I felt that me in Singapore is confining and limiting in many ways here, especially in term of physical freedom. It is really different from back then when en I was able to freely do whatever I wanted, including in what CCA I want (not what I need) and how I want to spend my leisure (not feeling guilty for not studying). The colour blue represents intellectual which is how I see Singapore education. And not only that, these were the period when I had my ‘blue’ period that has shaped me the way I am now (not only as a student, more as a person in general) and as such I personally feel this colour is most suitable for my Singapore.’

Discipline: It shows me what I have become after years immersing myself with the education culture of Singapore. As can be seen, the rice paper that previously represented me as ‘Carefree’ is greatly influenced by the blue colour of Singapore. At the same time, the pink paper is now weaved into the wire mesh, representing that I am following the rules and regulations especially in the way I am learning. Also, the orientation of the paper is right as well which means as a student I am more on the right track now. The colour is combination of the both previous panel. Showing how as a carefree student I integrated to Singapore education system and slowly but surely becomes a more discipline person. There are many ways and aspect where Singapore has influenced me and discipline is one of the most significant one as a student.

This time my role is as an Indonesian. Even though I have been living in Singapore and become more-like Singaporean (especially the way I think), I am still a proud Indonesian. The sign is subtraction sign to show what will happen to me if Indonesia is taken out of me.

Expressive: I want to show that I am someone with many ways of saying things (sometimes I unconciously do exxagerated gesture when I am excited), something that I show most of the time when I am speaking in Indonesian. It is a scanned picture of me trying to be expressive and conveying many emotions, added by red and orange pattern to even enhance the idea of expressiveness as both are striking colours which show energy, excitement, and fun. Also added by pattern from leaves and twigs which represents my Indonesia to show that my expressive trait is something that has been nurtured from my identity as an Indonesian.

Indonesia: The main idea of my Indonesia is batik and nature. I want to combine the first thought when people see Indonesia and what is mine. I used google image to search Indonesia, the very common result are the photos of many natural tourist spots in Indonesia. And personally my first thought was batik. As such, the main characters of my Indonesia are nature and batik. In addition, the red-white background which is the Indonesian flag colour, I pasted batik and leaves and twigs (represents nature) to create the shape of Garuda Pancasila, which is the national emblem of Indonesia.  The colour is around yellow-green. Green for the nature and yellow is around the gold colour of Garuda Pancasila. While the red colour also serves as the transition from the ‘Expressive’ previous composition.

Faceless (defined as lacking character or individuality): It is the same picture as the ‘Expressive’ however it gives different feeling as the colour  theme is changed. It has the pattern of pale blue to show the blueness. While part of the face and fingers are sewed on with thread to cover the identity and show the idea of facelessness. At the same time, blue colour psychologically represents the lack of emotion, coldness and aloofness as well as the idea of sadness. In short, it represents my blue misery and loss of identity and characteristics of me, in the case that Indonesia is ever taken out of me.

This is my role as an artist. The place is ADM as it is the place I learn most about art. Actually I never thought I will go to an art school, it was a hobby and I didn’t learn art formally before. But I can say that being able to enrol to ADM is one of the best blessing I ever received in my life. I use multiplication sign to show that the way my passion for art is really raised in ADM, and it is something that will keep on repeating and going on. As such, it is not merely adding for me, but much more than that hence multiplication.

Creative: Creativity is personally what I feel as an important characteristic that every artist to have, something that I want to keep on developing along the way. It is represented by the purple violet paint drip and yellow green paint splash. I used red violet as the main colour as it means creativity, imagination and passion which for me really describe the creative. On the other side I contrast it with yellow green to get the complementary harmony which add vibrancy, energy and visibility to the creativity. Meanwhile, at the same time exist the vertical yellow green pattern which represents the routine and repeated habit (not creative) in order to contrast the striking creativity and normal.

ADM: A very important place for me as a growing artist is ADM. The ADM is represented by the drawing of ADM building. Also, at the same time I personalise it by adding photos of various different projects that I have done during my Foundation period. I also used complementary colour to emphasise on the vibrancy and energy that I personally feel in my ADM journey so far.

Passion: Handling the many projects and assignments from ADM, a very important drive that has kept me going is passion. The very first thing that remind me of passion is fire, which is the red shape in the middle of the composition. The colour of the surrounding is the combination of the previous 2 composition (half left from ‘Creative’ and half right from ‘ADM’). In a way, this composition is really the summary of me as an artist at the moment. And also my hope for the burning desire to stay along my whole journey.

Lastly, it is my role as a person. I used addition as my home is really a very important piece that I need to complete me as an individual.

Me: It is simply just me. I tried to keep it simple and really choose a simple colour to keep it mild because I really want it to simply say ‘Hey it is me! Everything here is just me the way I am!’.

Home: For me, home is not merely the hose but more to the people in it. As such, my home is represented by the collage of my family member in their own way how I see each of them. For my Dad, I see him as someone who always try to be seen as a serious person (but he is not) that I chose his picture while wearing shade that makes him looks more serious. My Mom is someone who always cheerful and happy in every situation. My younger brother is an adventurous person who always want to try new things such as the sand board he is holding when he first play it. Then my little sister is a very girly and cute girl who likes to do different poses and asks me to take pictures of her, like the one she is posing on the composition. So my family is basically home for me. I choose the colour blue green as I when I google search: family gathering poster, many of the poster are blue and green, which I feel suit my family also.

Complete: I really want to show that me and home is complete and enough for me. I used black and white family photo layered by acetate paper of three primary colour of red, yellow and blue. As these colours are primary colours, I want to show that this composition is a primary, significant and important for me as a person, which is my family and I.

So yes, those are my Ego for Foundation 2D final project. For me, it is a very personal project that maybe only me can fully understand the feeling and meaning behind everything. But I really hope you can understand it as well.  This final project really made my 2D journey more private. Sadly, I think this will be my last post for 2D Foundation I this year. I would also take the chance to thank Ina as a very supportive and positive tutor. Thank you for reading, I hope you enjoy this post :’D.
2D has been fun :’) 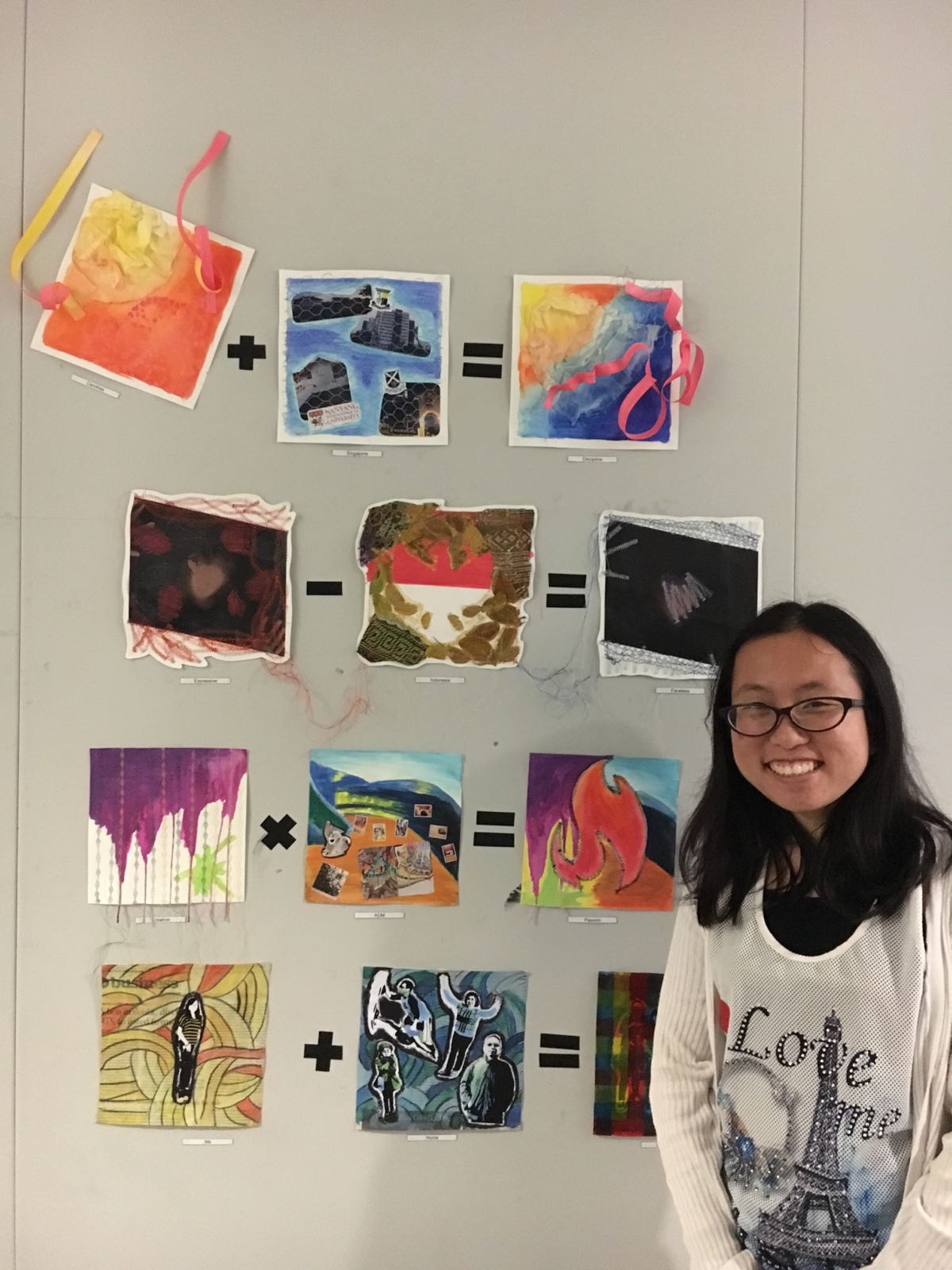