Hi!
Okay so we are supposed to create our own sound texturizer, and looking through past years references, it is indeed not gonna be an easy one :’)

At first I tried to Youtube a lot of videos for inspiration.
This video is the one that somehow inspired and motivated me the most.

My favorite instrument is actually number 8 ‘Chateau Paulie’. It was not really an instrument but a village-sized art and musical installation.
It is basically the idea of using wind to move pipes which create sounds. And people can pull some ropes to adjust the ‘fan’ creating the sound they wants.
This makes me want to create a customizable sound texturizer.

After some long thought, I finally decided to use the idea of sound texturized by being reflected through long tube and cylinder. And for the source of the sound, instead of the initial idea to blow something, I decided to move things around.

Next is to find the sound creator. I decided to make use of a biscuit tin can, creating a hole on the end to connect with the cylinder. 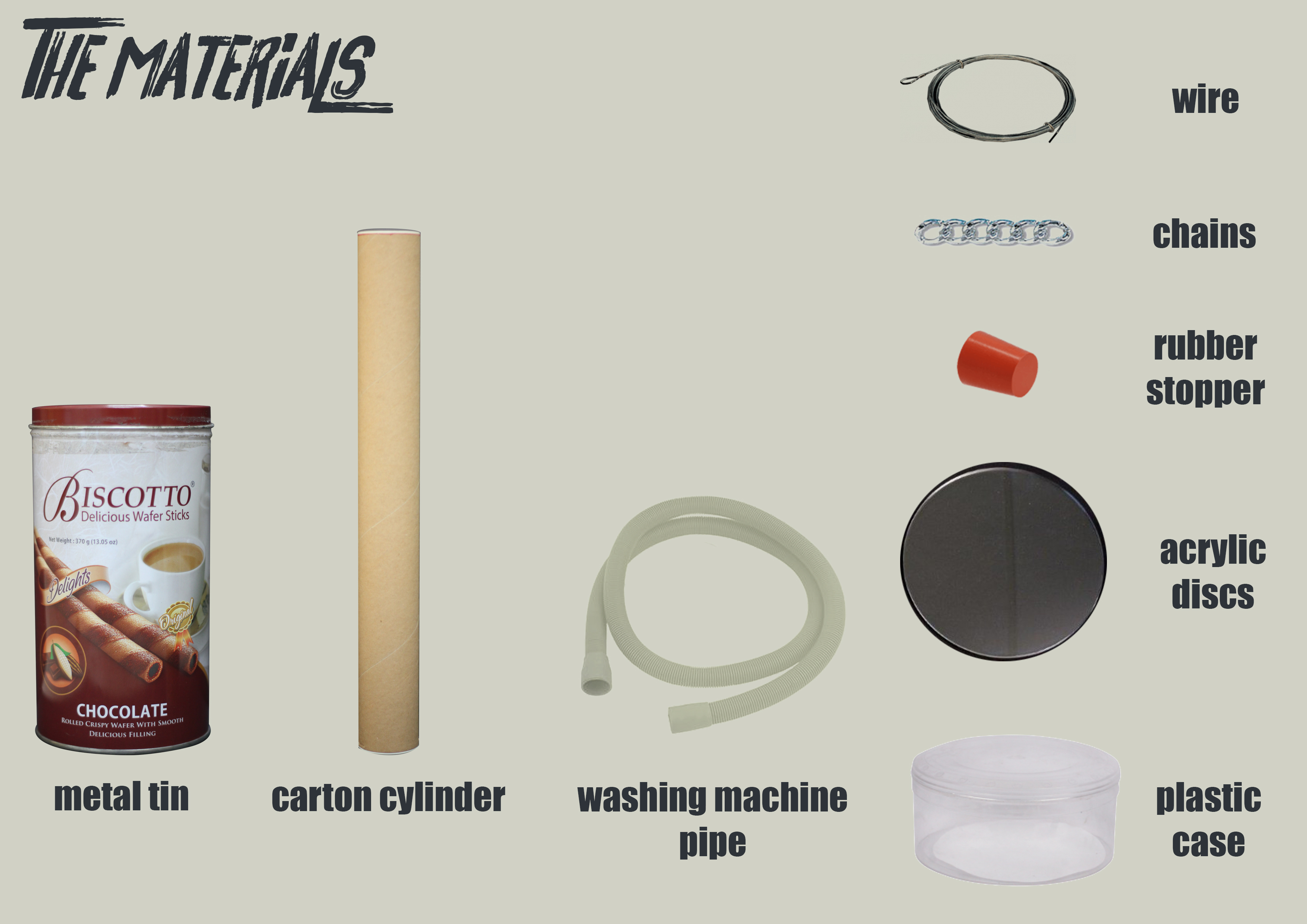 Firstly, I drilled hole in the metal tin. It was quite time-consuming as we need to drill shape holes one by one before creating

Then, I created the insert part of the sound creator by dividing them into 3 different layers.

Next, is to create the support for the cylinder and tin, they are made of boxes. 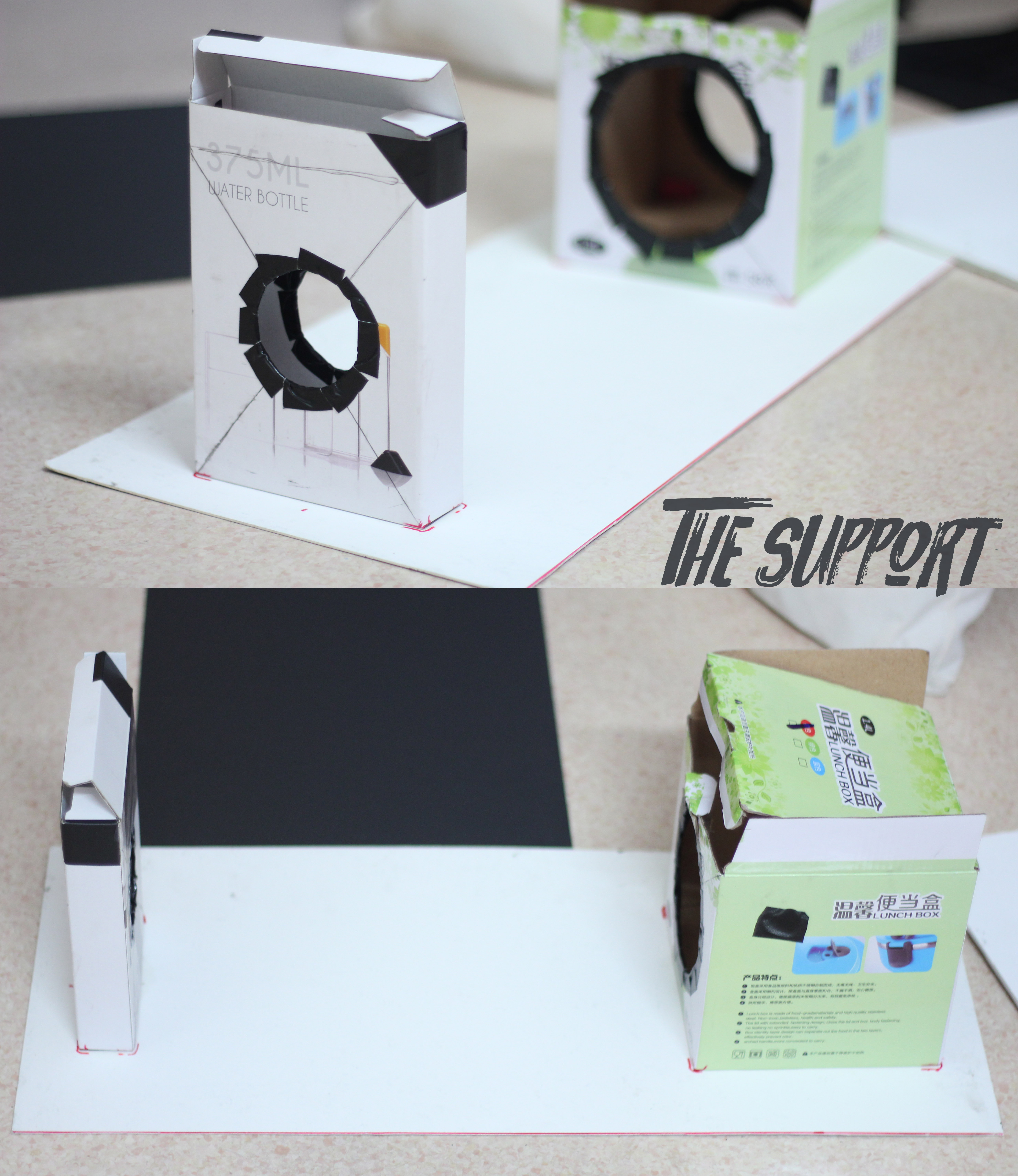 Then the next step is to connect the can tin—carton cylinder—washing machine pipe and put them on the support! YEAY

I also created ways to take out the components and allow customising them without taking out the whole thing. 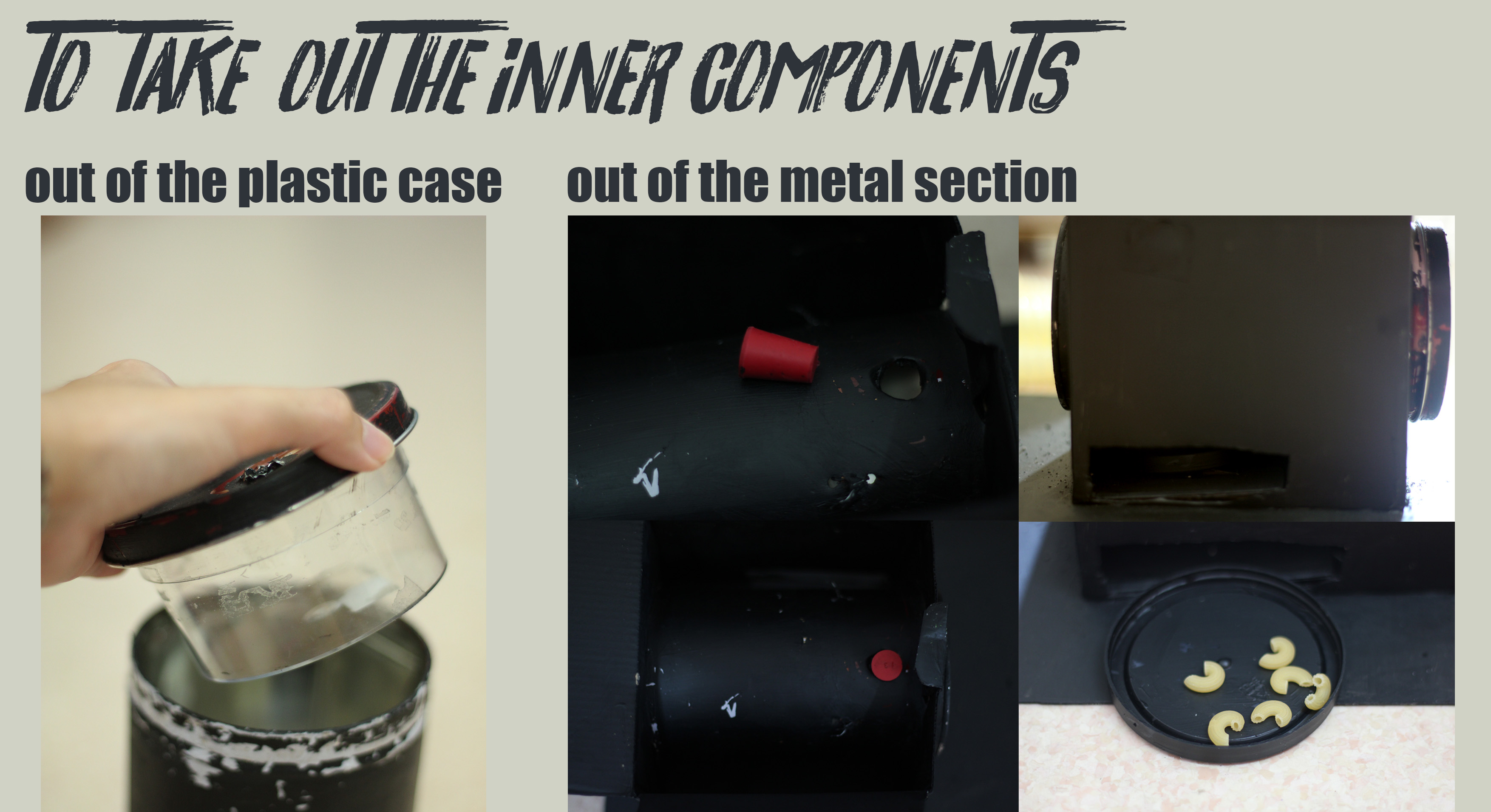 TADAA the Soundtube is created! 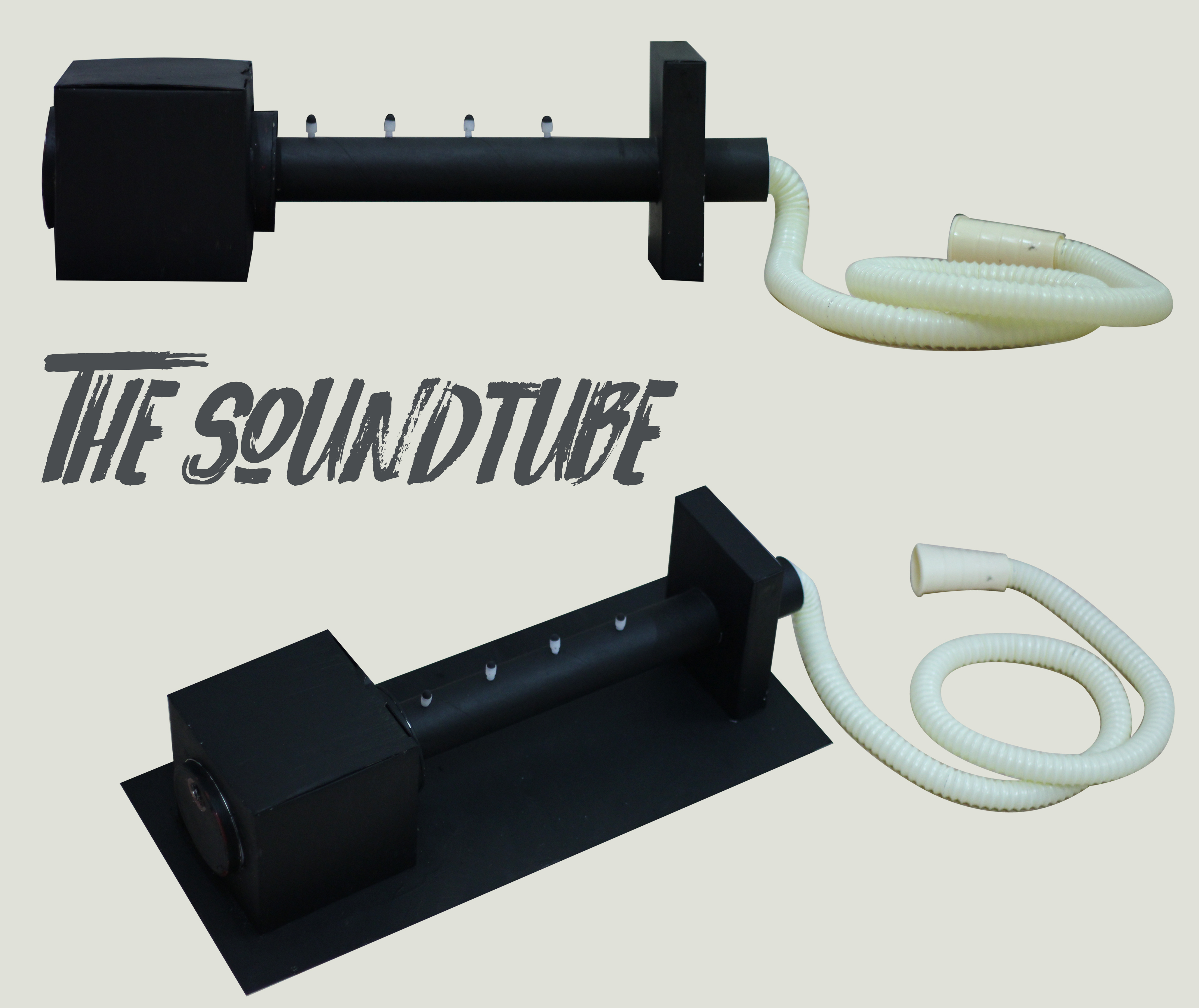 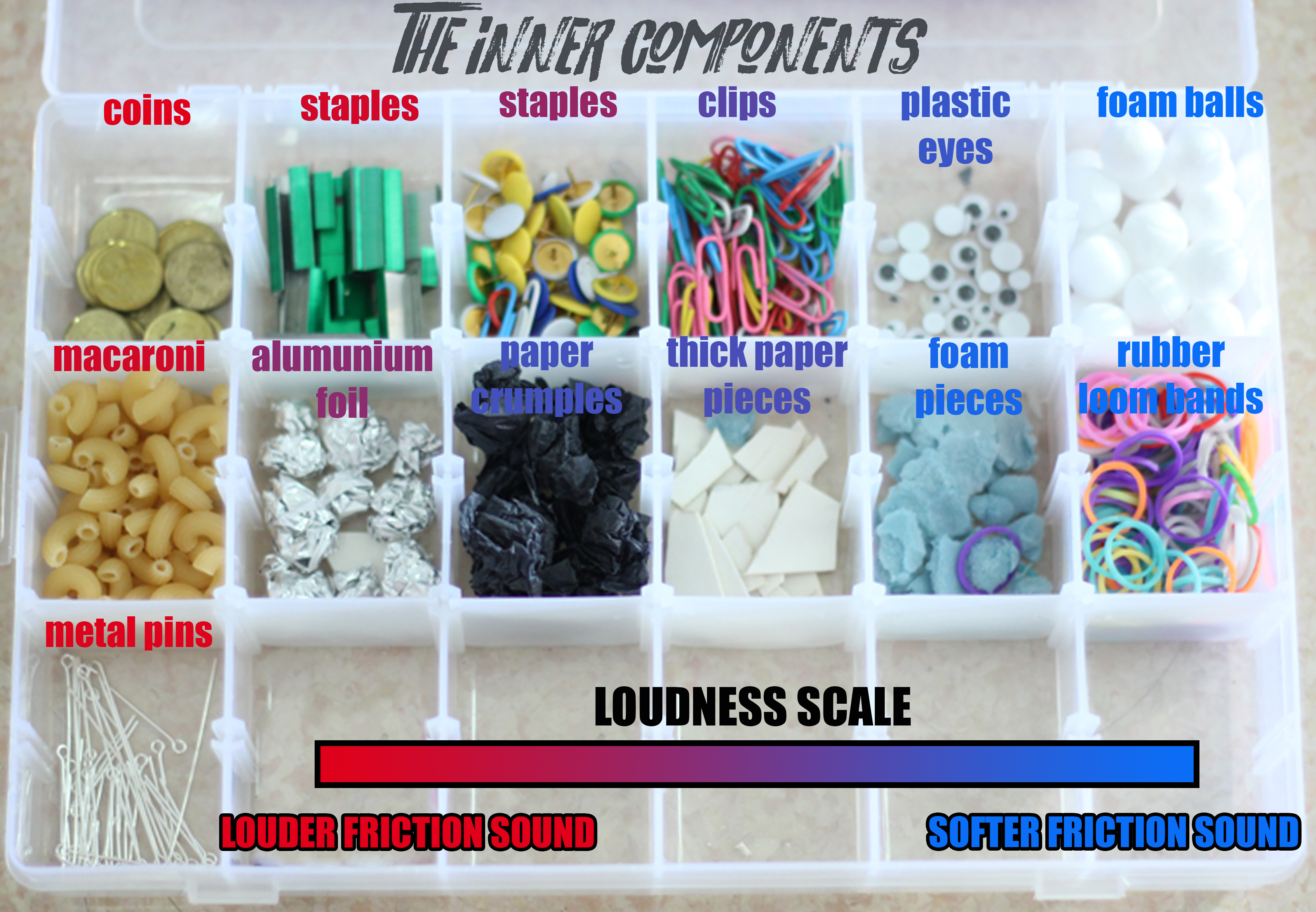 The player rotate the sound creator either to rotate it in one direction or changing the direction repetitively.
When it is rotated, the components inside the sound creator will create sound out of friction. This sound will be reflected in the carton cylinder, changing it’s frequency as the sound becomes deeper and hollower. Afterwards, the sound will further reflected inside the washing machine pipe before being heard by the listener.
The rhythm and beat are adjusted by modifying the tempo of rotation.

However after realising that the plastic case kind of dampen the water sound and the rotation create much slower movement than shaking the plastic case (which result in less intense sound being created). The sound became like this:

As the water sound became really soft and almost unheard, I decided to use solid components as the friction sound is louder.

And here is some different experiments on sound recording of the Soundtube!

Finally, out of curiosity, I put in my phone inside the whole sound creator and set an alarm and recorded the sounds.