When I came to Newton, I was expecting to see many Condos, which I did, and wondered if perhaps I should do something about condos since Newton had many of them – Newton One, etc. Even the research I did prior to my visit confirmed that Newton had many condos (and in fact, just mostly condos). 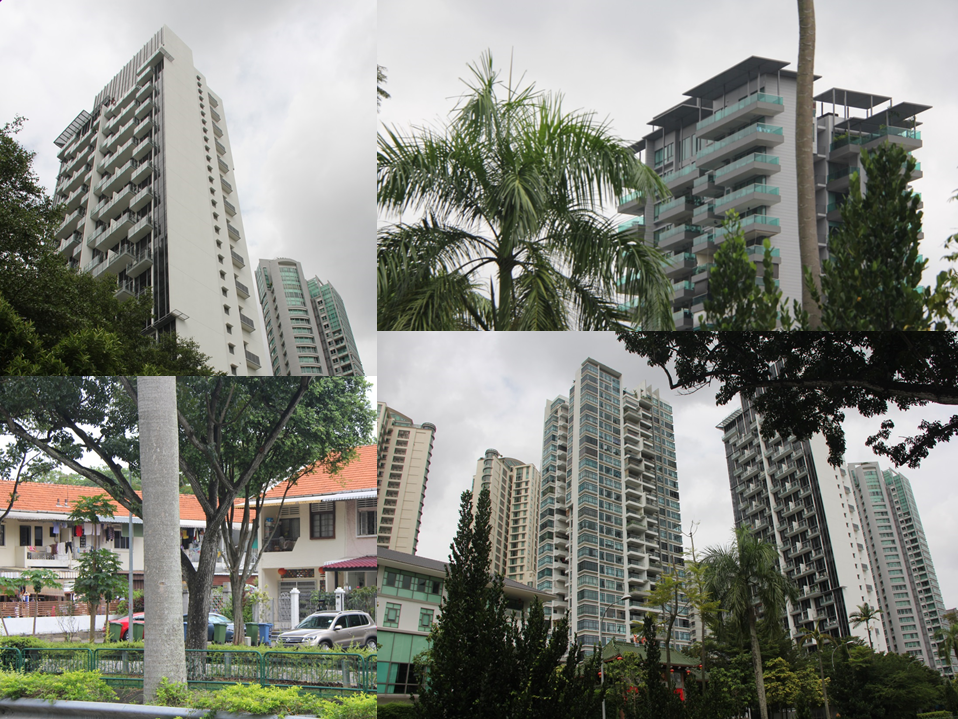 Then I came to Newton Food Centre to have my lunch and bought a plate of Hokkien Mee. With my camera, I took a picture of the stall and the auntie, an old elderly woman who is the stall owner. 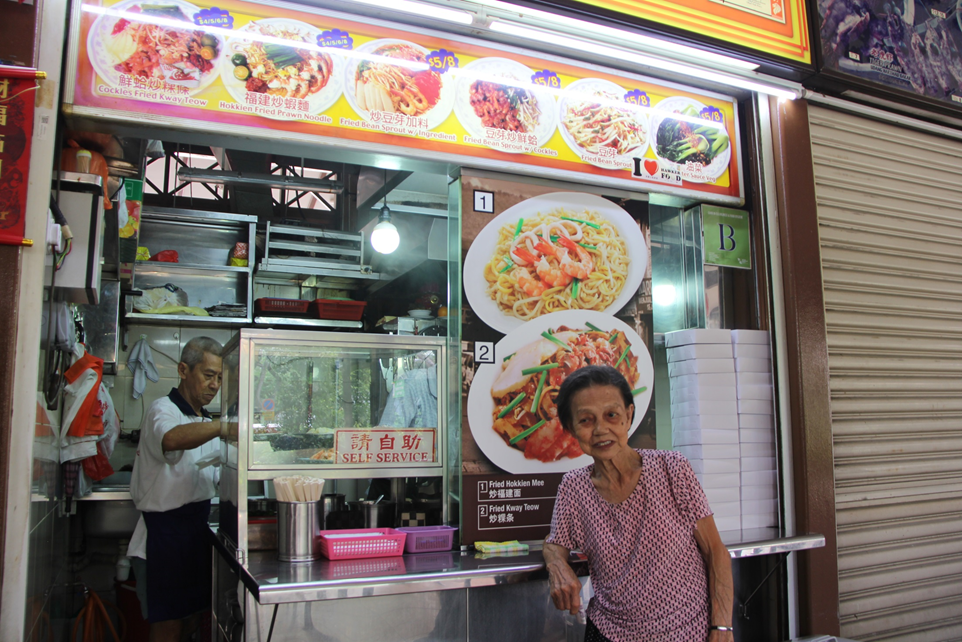 Upon seeing me take a picture and ordering from her, she said to sit down in front of her stall to have my meal. 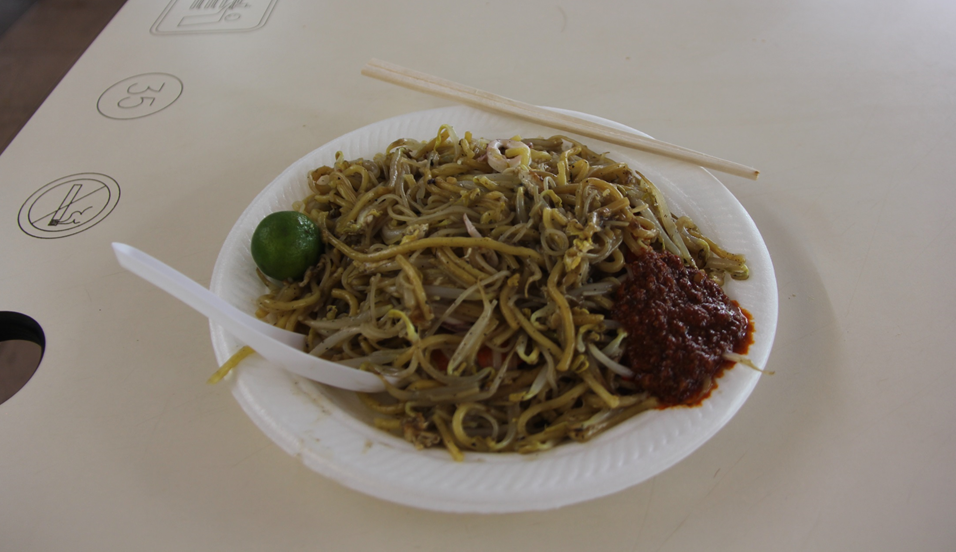 It was a Saturday afternoon and there were fewer people. The seats were only half filled and it was a very relaxing place. Everybody was just having a good time. 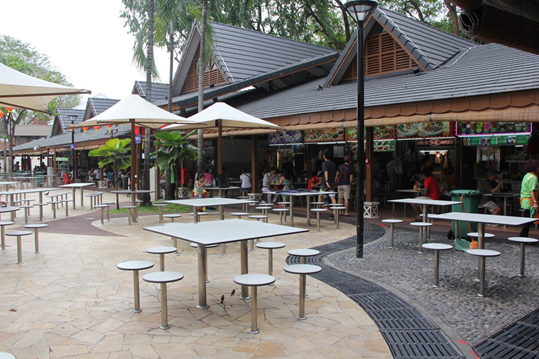 The lady I had ordered my food from sat in front of me. She asked if I could send her the photo I had just taken, and that she would pay for it whatever the price is.

We ended up having a conversation and I asked her a great many things about Newton. We had problems communicating as we both only had Mandarin as our common language, and it was neither our main spoken language. She was very friendly. I was very surprised that I ended up starting a conversation with her and we talked for a good hour. She asked about my school, what assignment I was doing (and I shared with her about 2D), and then I asked how her life was like. She told me about her children and how they have grown, and it was just a fairly relaxing conversation on this cool Saturday afternoon.

On one rainy, cold night, I went to Newton to visit her a second time. I went to the same stall, only to see its shutters were closed and the old lady was gone. 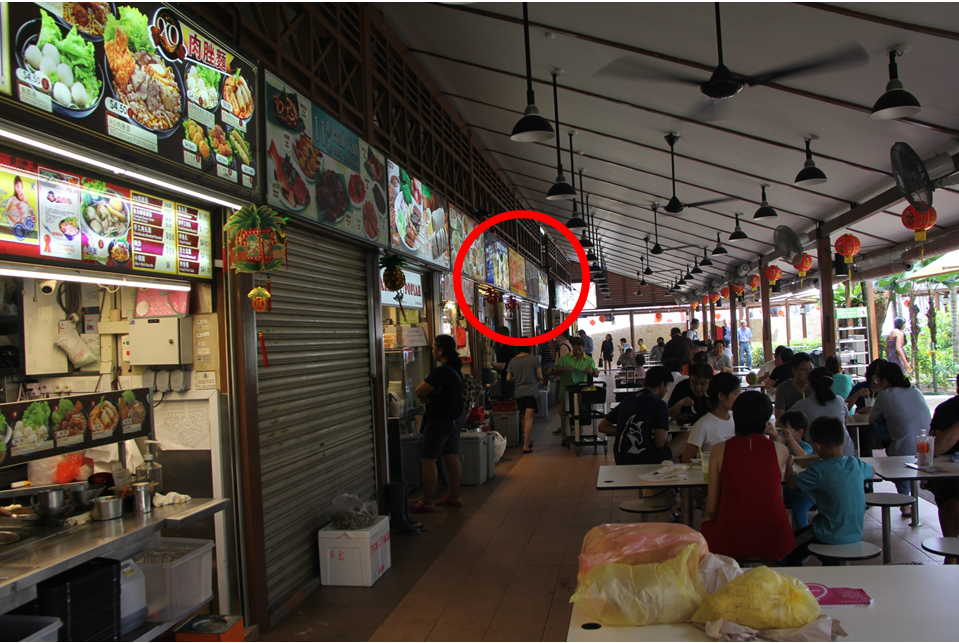 I was sad that I didn’t get to taste her delicious Hokkien Prawn Mee.

When I visited her again with her photos a third time, it was on Saturday, at around the same time. I went there to have lunch intentionally and we met. I ordered the same dish from her. She rejected my $4 and told her husband not to accept it when I tried to give it to him. She then bought sugarcane from the neighbouring stall for me, to have with my meal. 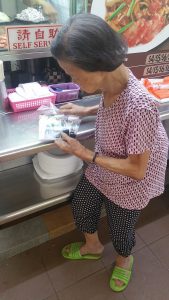 Here is a picture of her when I passed her my photos. I had printed two photos coincidentally – it was just a feeling that I wanted to have one extra, and I passed her both and it turns out her husband was there so she gave one copy to her husband so they both have the photo. I was really glad to be there and have patronized from their stall.

Overall, it was a very heartwarming experience for me, one that I never expected to get. I thought I would just come to this place and leave after exploring, but I never expected that I would form a bond with someone here or even see myself coming back to have a taste of her Hokkien Mee again.