Hullo again! Here’s my final submission for this project ^_^!

and yes, in case you are wondering, my name is 宝乐. LOL

Just a brief summary of what i said during the presentation:

Aesthetically pleasing images, simple with main elements ; not messy. Message At first sight is meant to be misleading. Using lots of puns on the Chinese to form ma name.

Message: Overall targeting at consumerism how we are unknowingly, maybe, perhaps CONSUmed by It hmmmm

Leading them to feel a sense of irony after look at the deeper meaning.

Especially when the “Chinese” characters ‘lead’ them to think in a certain way but is it truly?

Execution: At first, I was honestly quite confused, medium was unclear I wanted to do various things; but afterwards went back to good old friend camera and edited afterwards in photoshop.

Some of the executions failed too and had to be rethought out to see if the idea worked or not e.g. the BAO LE formed with different “deformed fruits” was not good not clean at all.

So that s actually one of the challenges I got. FOod (I was really stuck until Rachel suggested) Film too (sometimes the inspiration for the composition wasn’t there.)

The conflict of constantly want to add additional elements into pictures also was there.. haha aching and dying, DAMN 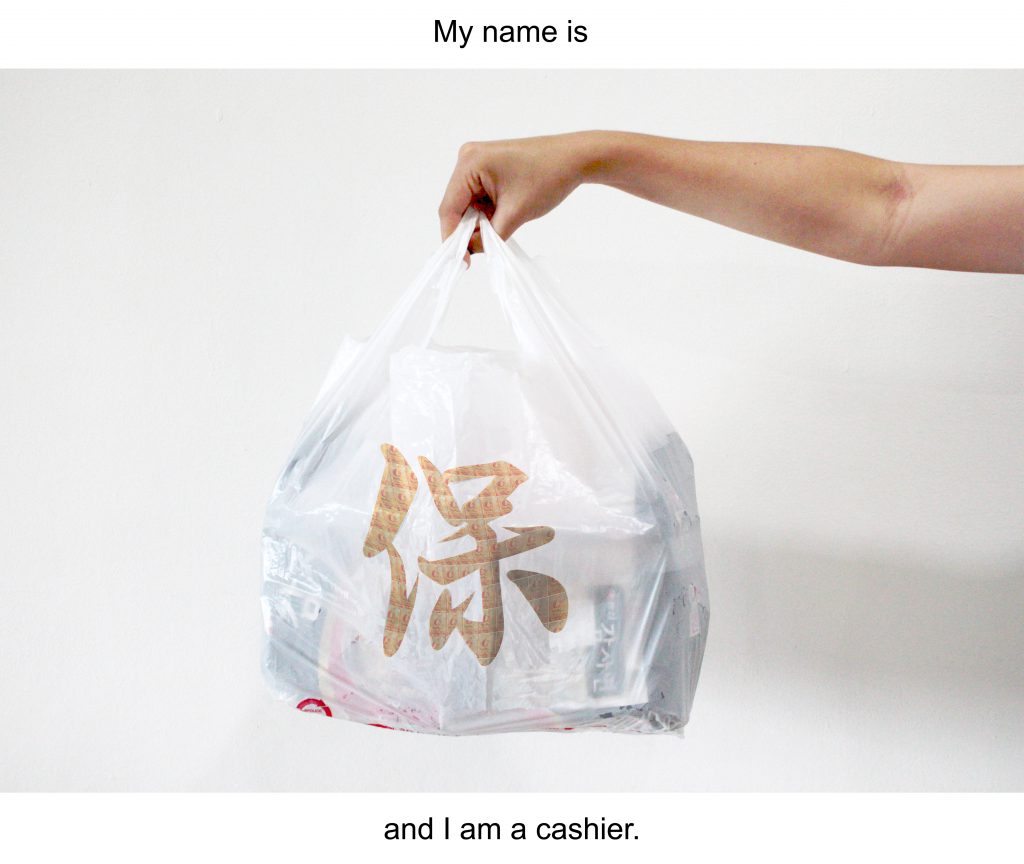 Cashier: “保”(băo) as in  保护 (băohù) which also means “to protect“. However, as a cashier that constantly hands out plastic bags on a regular basis, I feel where exactly is that element of “protect” but instead we are promoting destruction. Plastic bags, where is the rules and regulations to restrict use of plastic bags? None, no where to be found.

p.s. if you look closer, you will see the logo actually layered with ntuc logos. haha. 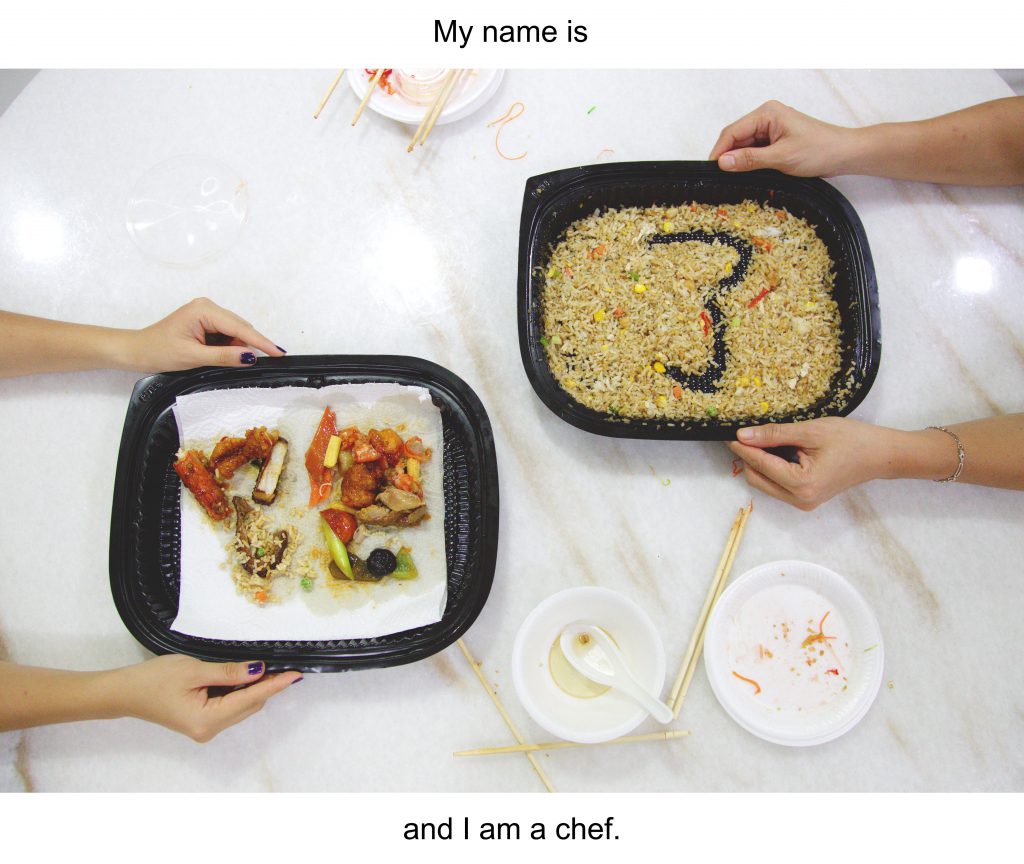 Chef: 饱了 （băo le）is a literally pun on my name. It means “full” or literally I am FULL from this meal. While aiming to be aesthetically pleasing, just take a closer look at what the words are made up of. Leftovers. From? Chinese New Year. We waste tons of food and we are the makers of this tragedy. The chefs that cook up this issue. So if I wanna put it passive aggressively, ” Oh, you’re full already? Look at all this food left!”.

Kinda sad this has to happen. 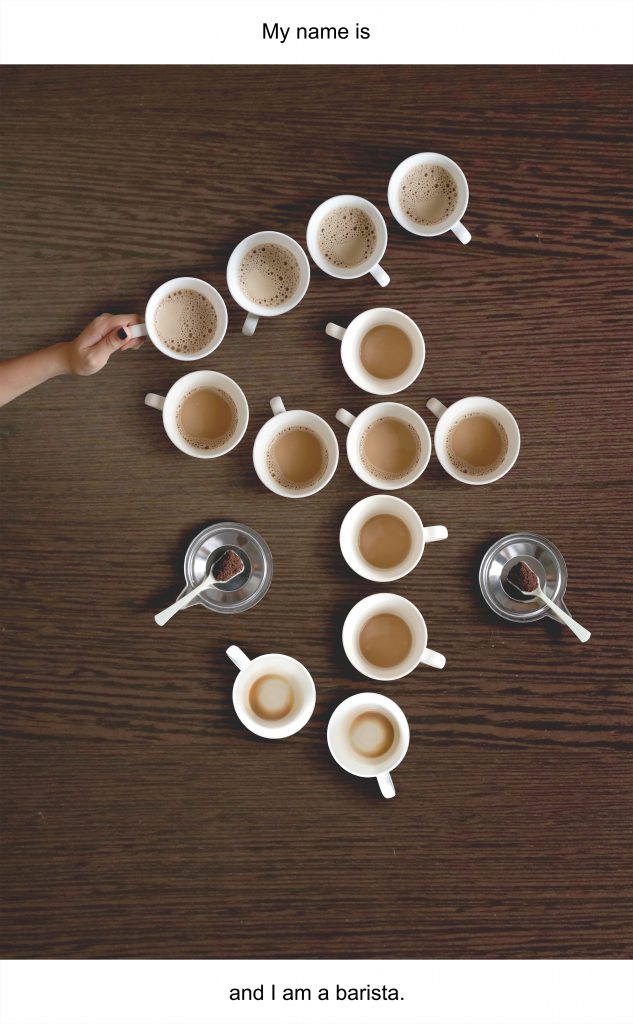 Barista: 乐 （lè) translates to Happiness/euphoria in chinese. Which I thought was rather befitting to this theme of Coffee (which is unfortunately also something I’m utterly addicted to). Man. So while we get cups of energy/ happiness from Coffee, i feel as a Barista, we hand out cups of addiction, a non-stop cycle of returning for more. Hmm. We are the makers of our own destruction perhaps. 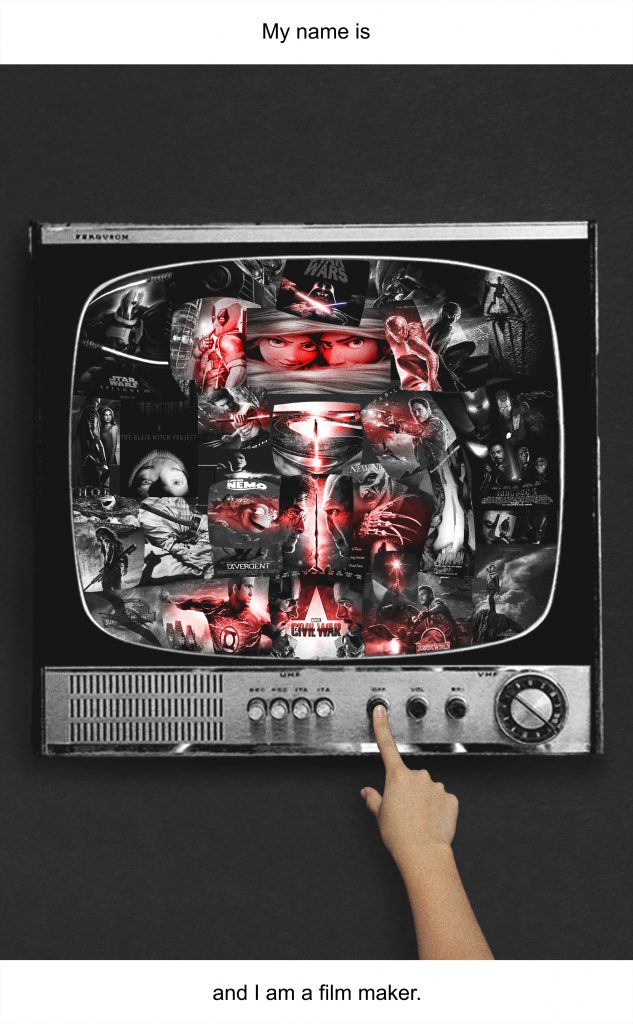 Last of all, film maker: 宝 （băo）literally translates to treasure. So when i talk about treasure in the film industry, i managed to see them as those dominating the markets nowadays. Are they truly as great as they say? or . merely jumping the bandwagon issue going on in your head? are we not seeing the true treasures that lie in independent film instead? Theres much to explore.

and Below! would be my presentation layout! 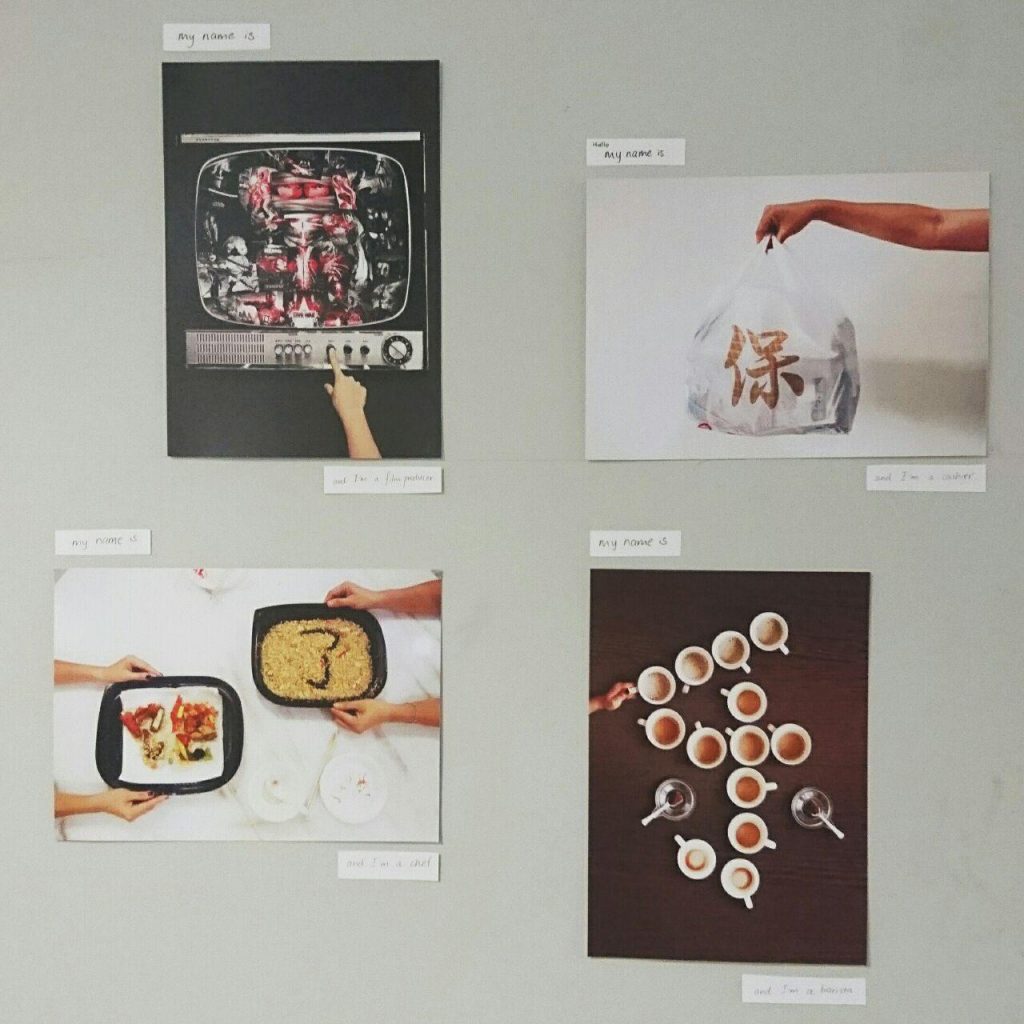 Thank you for reading:3 its been an intense project 1 but i definitely see the benefits of it ^_^