Hullo over there! :3 So it is finally time for me to post my process part 2!

This is pretty much a compiled version of my overall development from start to finish!~  You would realise many of my ideas are done from photo -> digital but im not great at drawing and somehow my plans would go from taking the photo to editing, i have no idea why .. HMM

Now, moving onto my ideas~

//Insert scans of mindmap as well as brainstorming in general : I thought the idea of collaging would be pretty cool, however, i’ll be using more items found at home such as coffee powder.. coffee beans if i can even get my hands on them… and coffee packets and cups together 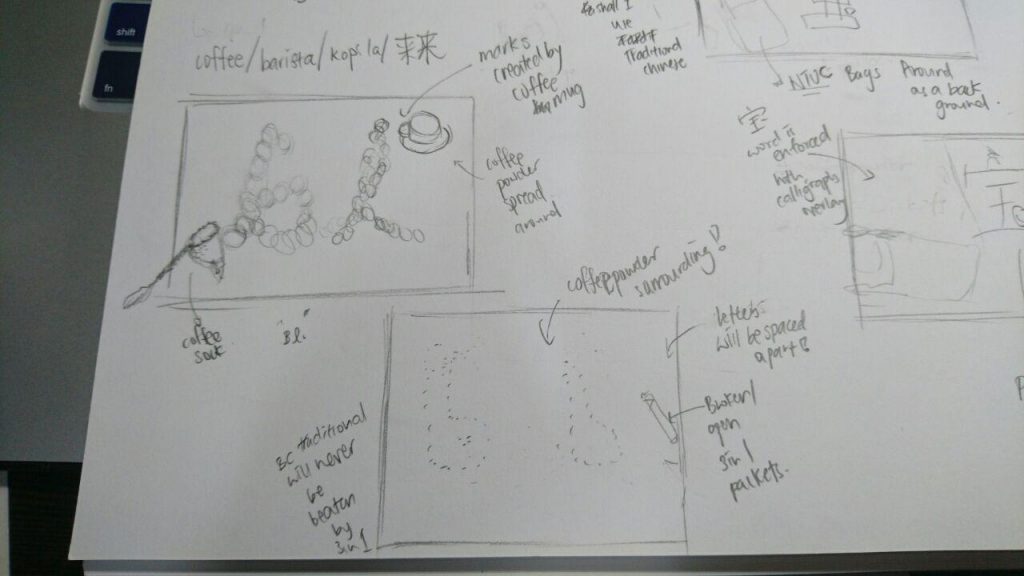 this being inspired by:

Thus this was the brainstorm after: 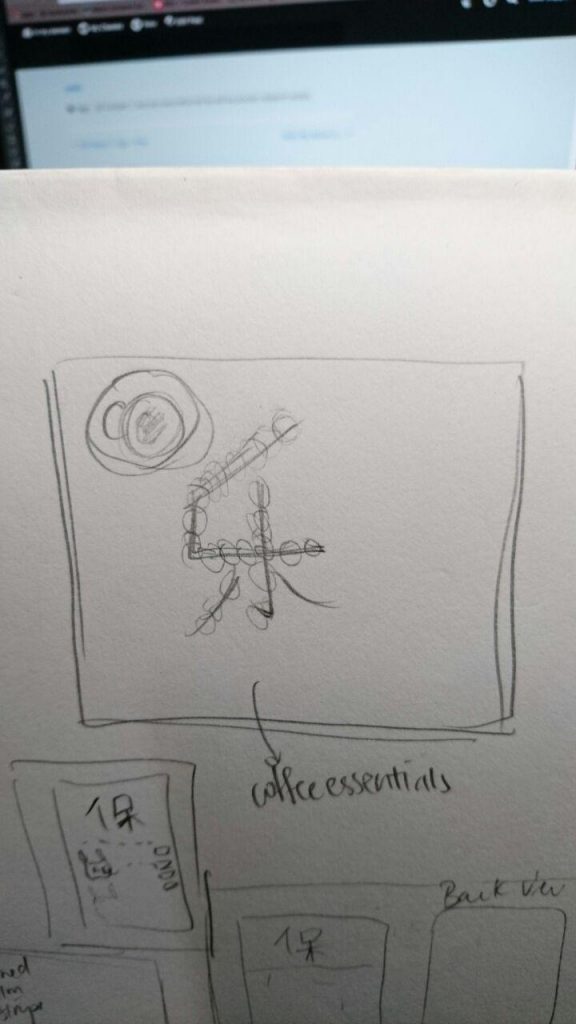 Hence, i decided to use either coffee prints/ marks to make the last syllabus of my name, “LE” but in the chinese character translates to : 乐 also known as Happiness.

This few possibly were inspired by:

In another sense, which which be revealed in the final post 😛.

So how i came about the final piece was to first imagine the cups and shadows casted on the cups. From there i worked with rotating the cups and afterwards editing it in photoshop as a whole image!

AH. Another thing i made sure was to keep the exposure low for all my cup photos because i wanted to keep the shadows ^_^

Please take a look (click)  at the GIf below for more info ahha. 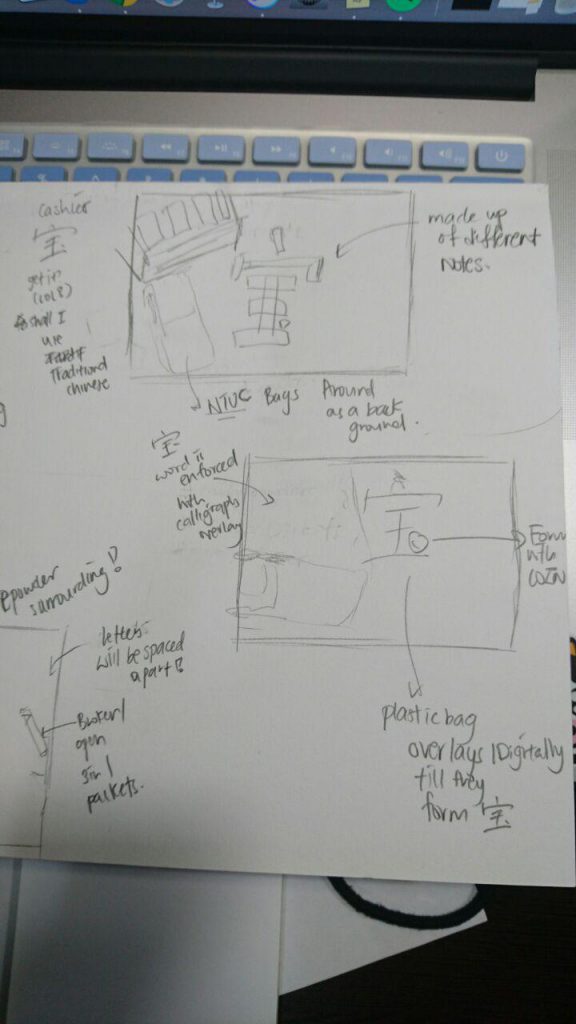 i thought it would be relatable to use my chinese name which actually means “treasure” as cashiers usually deal with tons of money.. haha

I came up with one 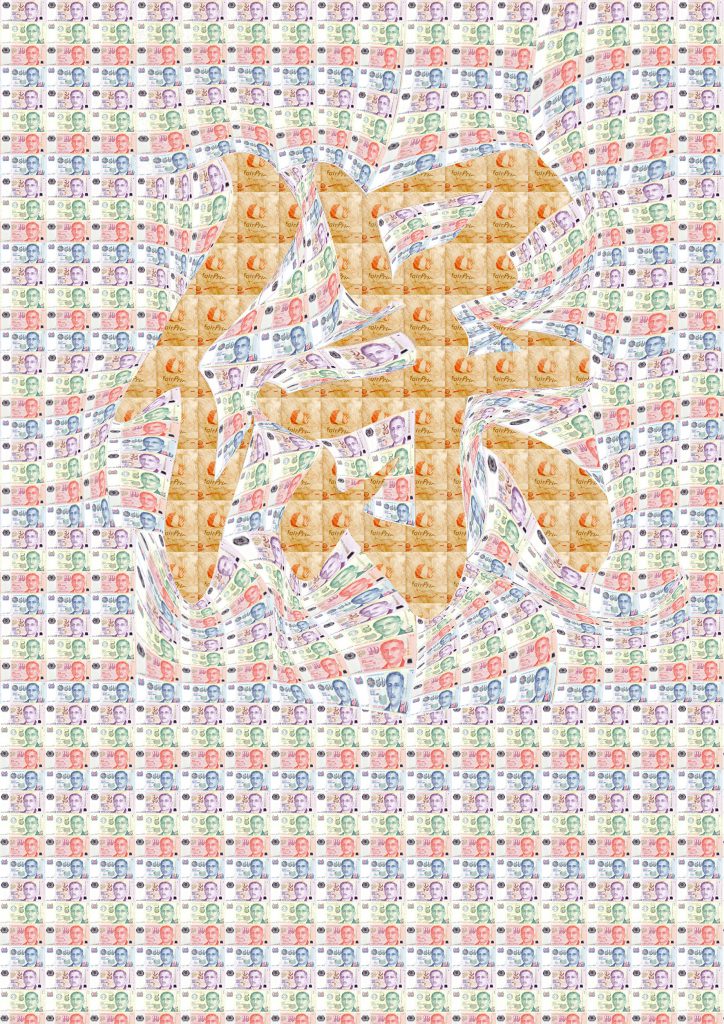 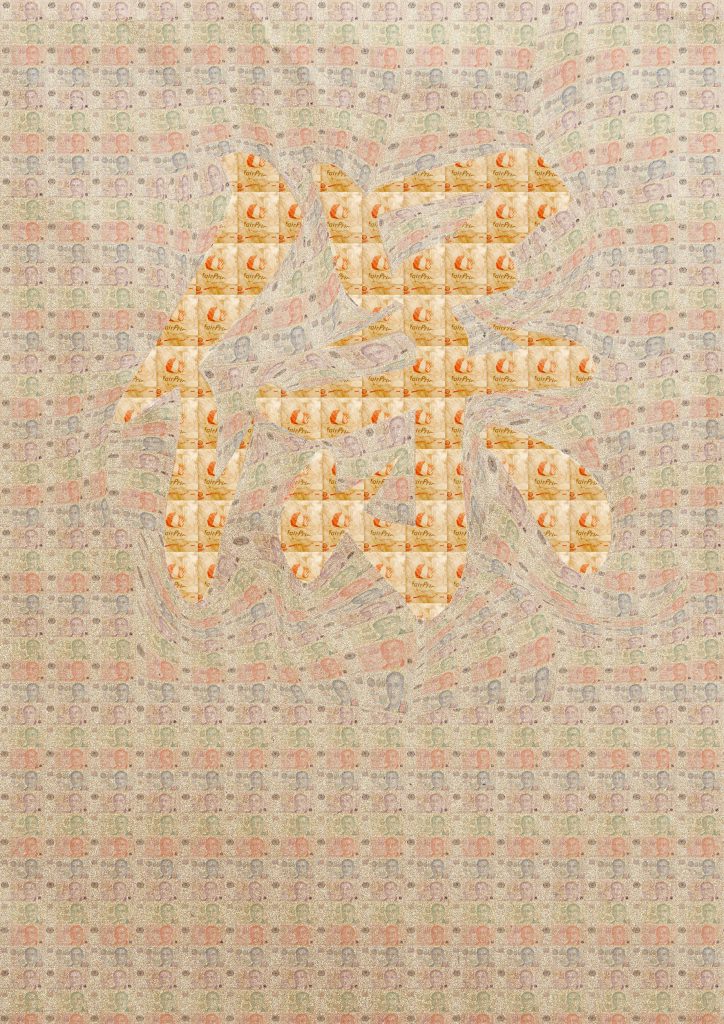 for these two, it was rather messy as my own train of thoughts were Money contradicting with the whole idea of over use of plastic bags etc, so it was a whole jumble of elements mixed together.

after a series of consults and thoughts, perhaps i would make the message so direct?

One idea would be to use a simple receipt to bring across this idea. This though, made only emphasis on the money aspect as a cashier. I think i wanted more than this. 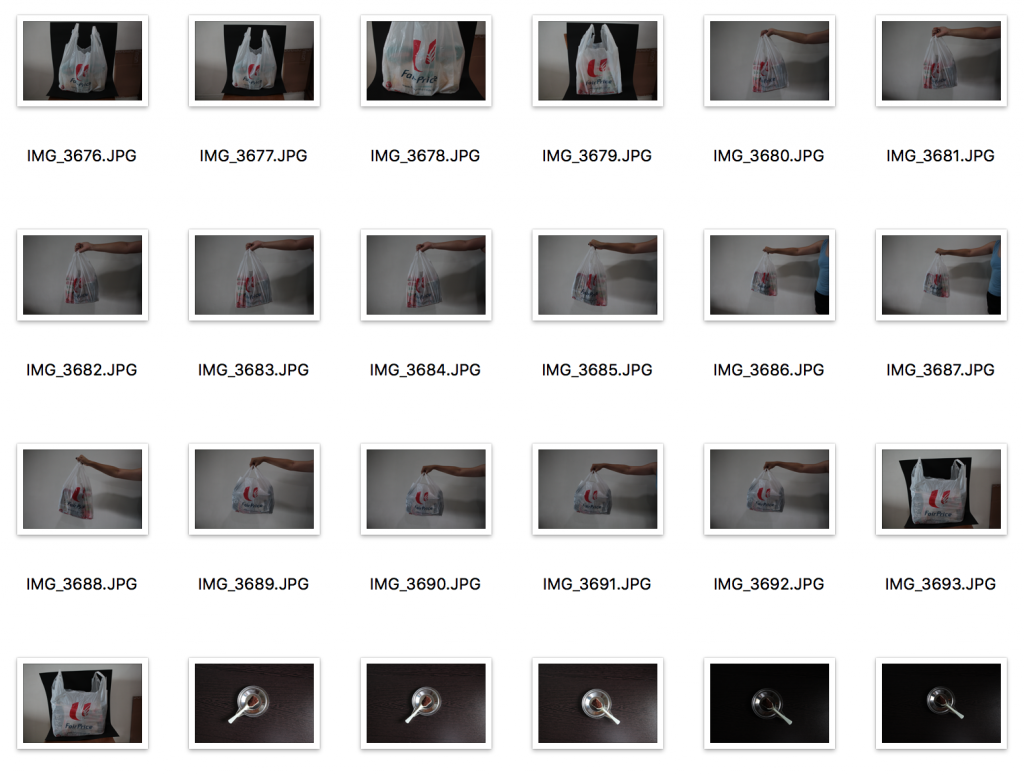 Thus, as i was aiming for minimal stuff, i decided not to add too much elements. 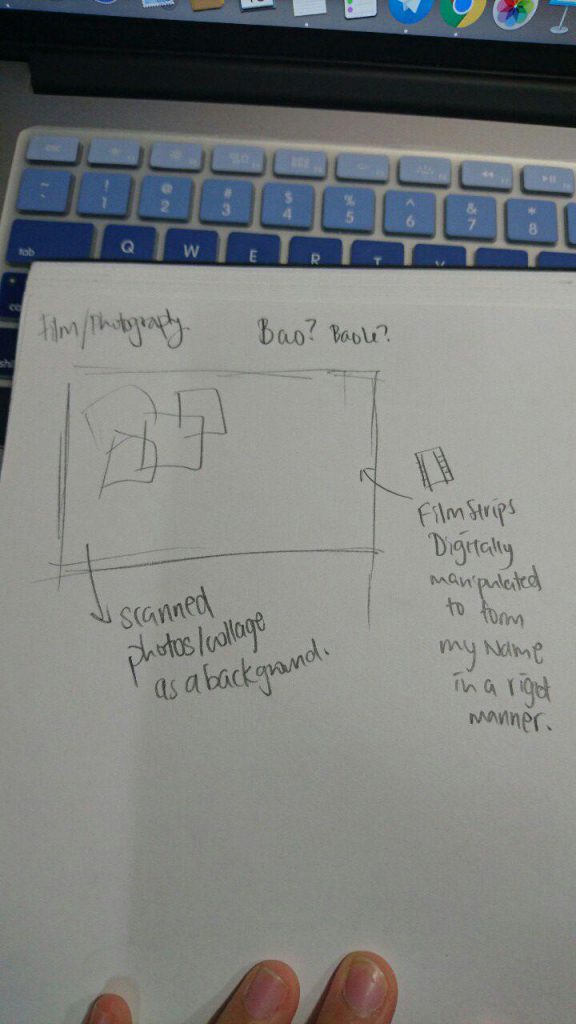 this one i planned to scan good ole pictures and let them form a background. I will then use film strips to create a name . i still have no idea which name i wanna use so that .. i sound “professional” in that profession. haha.

After consults, I realised if my main message was on the more negative side, it would be quite hard to portray it in terms of Film jobs because 1. I couldnt wreck my head to think of consumer-ish related stuff or just a side to it that completely wrecks human beings existence.

but of course… not everything is possible lol

So yea…. the character simply would not appear ;-; /Cries

Hence i consulted a few friends and thought about it too. I would have to just use one Television and try my luck with collage instead.

To be honest, this one left me quite baffled because i couldn’t think much of it because being a chef is so hard to summarise? they can cook, cook really well.

When chef is said, FOOD comes to mind. But what is the negative aspect of it?

When i began with this portion, i sadly didnt really think much for concept and just went with it. Which kinda explain why my initial designs were…questionable HAHA.

So…. lol the bottom i was really me trying to incorporate the concept of “Ugly” fruits into my composition which turned out…just odd and not naturally unfortunately… ;-; thus i had to rethink this.. (it always looks better in my head LOL) Then it came. HAH.. no la actually it was during the group consultations that Rachelgave a suggestion of collecting food wastage. and coincidentally i thought of Chinese New Year and the great amount of food we throw out every year. HM!

Thus began my research into that as well!

One would be Klaus Pichler. In the pictures below, he let food decay, but only to photograph them in aesthetically pleasing manners which i felt was a very clever way to approach this matter! Evoking a feeling when you realise its actually decaying food! Thus began the plan to try and “ROT” my food… 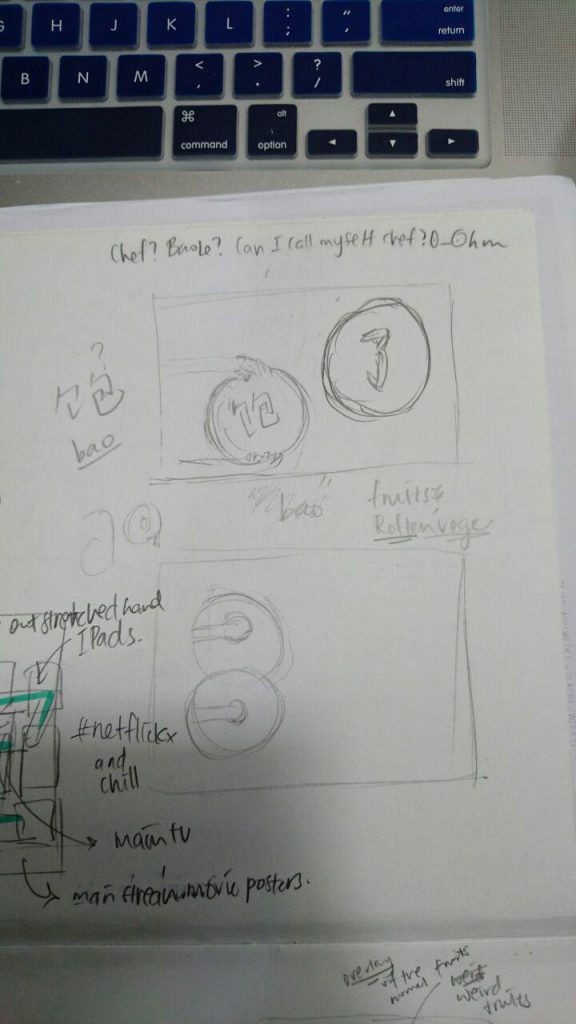 so i went with the original ones! (after consult anyway haha.)