Hullo! This is the beginning of Project 2, and the place i got happened to be Tampines. .. which kinda feels MILES away from the place I stay which is yew tee. (and yes its okay, many people do not know where this is too..)

Honestly, Tampines never, ever amounted to anything in my head. Firstly is I don’t even recall the last time I have visited that place and secondly, I think the only vague memories I have of the place was the IKEA/ As well as giant??? all these blurry memories.

So, I decided i would just go with the flow and visit the site first with a brain that was practically empty.

As the day I went was a Saturday, the crowd I was faced it was stillbeyond my expectations.

Heres a short vid of my cray cray experience as I felt completely OVERWHELMED by the people, shopping centres and yeaps. mostly just people.

I think another issue was feeling completely drained by the trip over there which took roughly around 1hour and 50 minutes.

I decided to just take a stroll around the hugeeeee shopping malls and head back home feeling all exhausted. /Why

Below are some pictures I captured meanwhile :O

So after that almost trauma inducing recce of the place, I decided to find out of Tampines was truly made up of only bustling busy urban life and shopping malls, thus the need to venture out into the open space :O 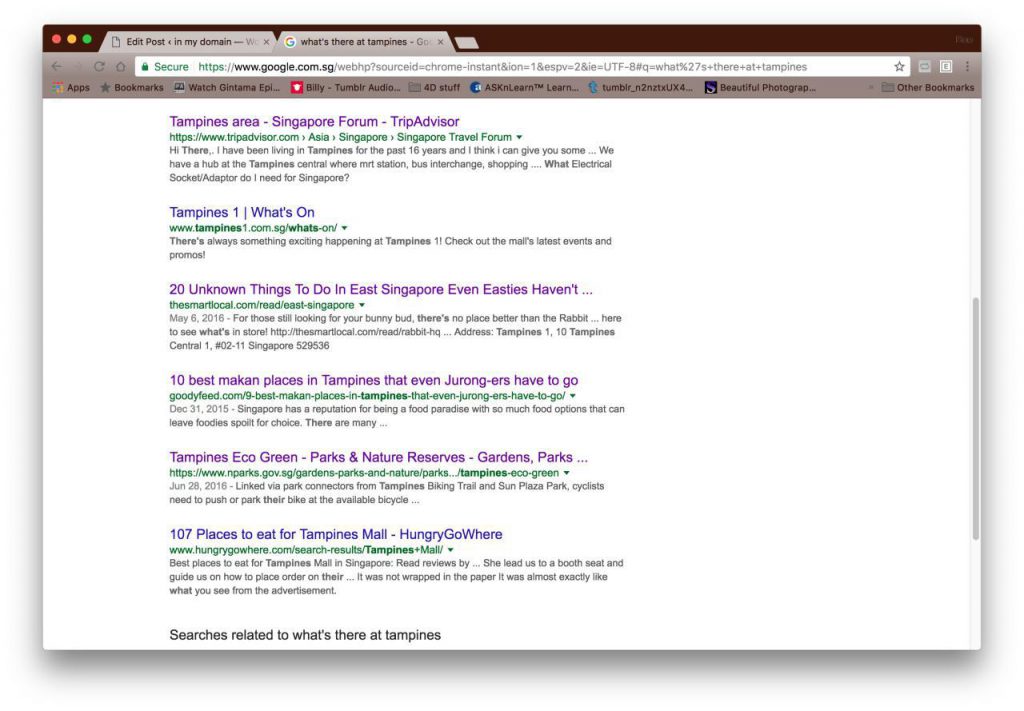 Which seemed like there was food and greenery~! and i decided to explore from there!~

I had several options to choose from and I was really quite confused at first :O

Narrowing it down to mainly FOOD and Playgrounds and Open Spaces: 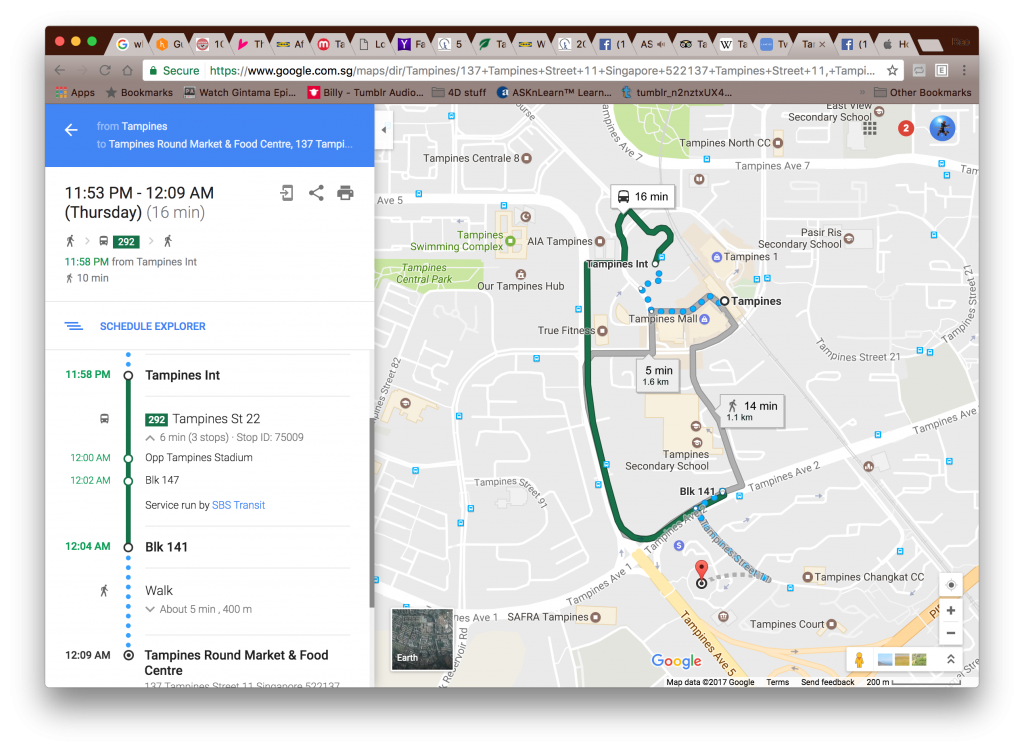 This time with an actual plan of where to go and how to get there!

I first made my way to Tampines Central Park (where i got lost and had to use unreliable google maps that made me even more lost) but yes ! It was so serene and beautiful, most importantly, the people, building and overall feel i got was this quiet existence of tranquility perhaps? I would want to portray that in my infographic later on .

She has been living in the east side her whole life, but she particularly still loves the “older” part of Tampines though she has recently moved to the “newer” part of it. She brings her children over to areas such as the “Watermelon Playground” and since the HDBs in that area dont have these ‘railings” that separate the buildings, they often offer a more welcoming feel for both adults and children alike! :3 which i totally agree with her.

The above is pictures of the Tampines Round Market and of course its really goooddd food >< I tried the Lor Mee and it was heavenly :”)

I had the chance to talk to one of the shopkeepers and ask him about what he thought of Tampines. haha Looks like he came from China nd previously moved from Hong Kong! wow and he made a living off his craft! ^_^  He particularly chose to live in Tampines because of the convenient location and quiet bustle. Which i thought made quite alot of sense. LOL you can see him judging me from the first photo; haha side story, a girl doing a work assignment once took his photo and promised to send a photo over but did :”( poor uncle was cheated and he kept saying “EH!! make sure im not in the photo okay!” ahha so i secretly took some :”) im sorry uncle ahha.

I went to research more of the playgrounds/open areas that Tampines was using, hoping to utilise some of that information. Even when i googled “Another Playground” Project by the Tampines Town Council, I’m kinda disappointed to say i couldn’t really find much information/statistics in terms of number of playgrounds built? etc. i’ll keep find otherwise i may have to give this option up 🙁

There are currently eight neighbourhoods in Tampines Town, each having between 5,000 and 6,000 flats and covering an area of 80-100 hectares. These neighbourhoods are identified in terms of the physical design and layout, using certain motifs or colour themes for example. Each neighbourhood is divided into precincts of six to eight residential blocks and each block houses 80 to 120 families. The intimate clusters of apartment blocks are arranged in such a way as to frame an open space which is known as the precinct centre. A network of landscaped walkways and footpaths leads to this space which becomes the focal point for activities within the precinct. This central focal point is supported with communal facilities and children’s playgrounds. – https://www.bshf.org/world-habitat-awards/winners-and-finalists/tampines-town/ Thanks for making it this far into my post!! :3 please look forward to my next post! hehe