First one is called “ChoCorn Froyo”. In short for Chocolate + Corn + Froyo, this hot-cold dessert is made up of a grilled corn-on-the-cob, and it is topped with froyo ( frozen yoghurt ). A wafer stick is planted at the side and a ferrero rocher is placed in between. I thought this hot-cold dessert would be good because it’s shape is different from any other typical food desserts which are normally flat. The SO that is the ferrero rocher, would give a chocolatey taste on top of the warm corn and cold yoghurt, thus adding a bit of chocolatey + crunchy taste!

Also, another application would be a playground specially for hamsters – “Ham-Ground” for short. ” Ham-Ground” is sketched out as seen below. Wood is used for both D and SO because it has rough texture and doesn’t get hot easily. That makes it hamster-friendly because they can easily climb up and down the “hill” with their small and fragile legs.

Next, a “bridge” and “food corner”, that is made up of a wooden SD and metal SO respectively. The slanted bridge would be for the hamster to get a good view of the top or maybe slide up to down for a cheap thrill. After a tiring workout of climbing up the “hill” and playing “slide”, they can take a break in the food corner, where it is a metallic sphere containing all their favourite foods. I think the metal adds a bit of contrast to wooden material, and it would be good in keeping their foods or themselves warm and some physical protection .

The ground of the cone, would be made up of soft rug/fabric. This would allow a hamsters a softer feel of their legs after a hard workout climbing around. It is also a good hideout to rest. 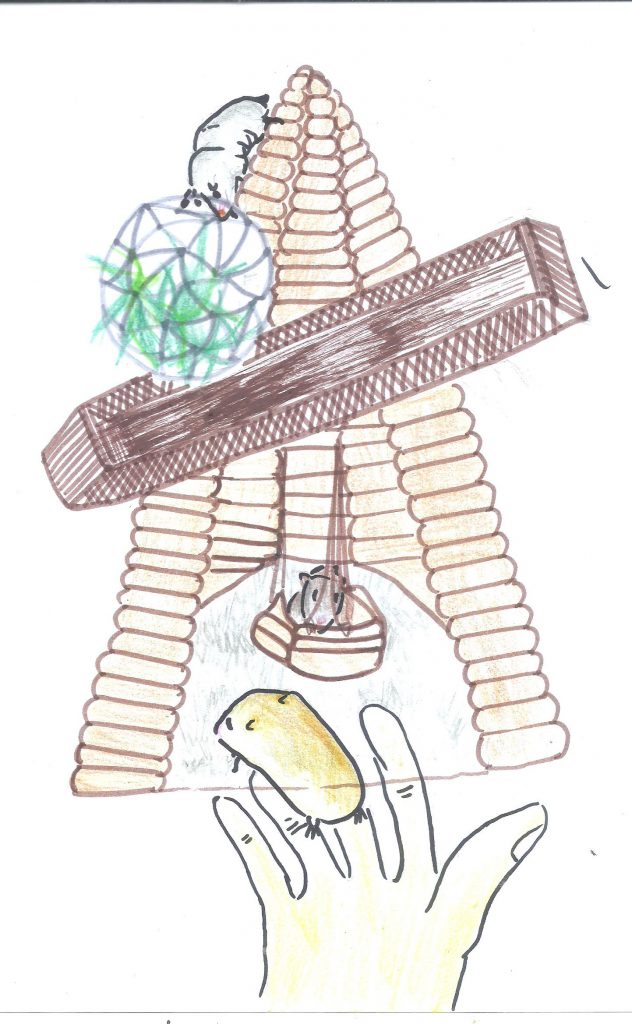