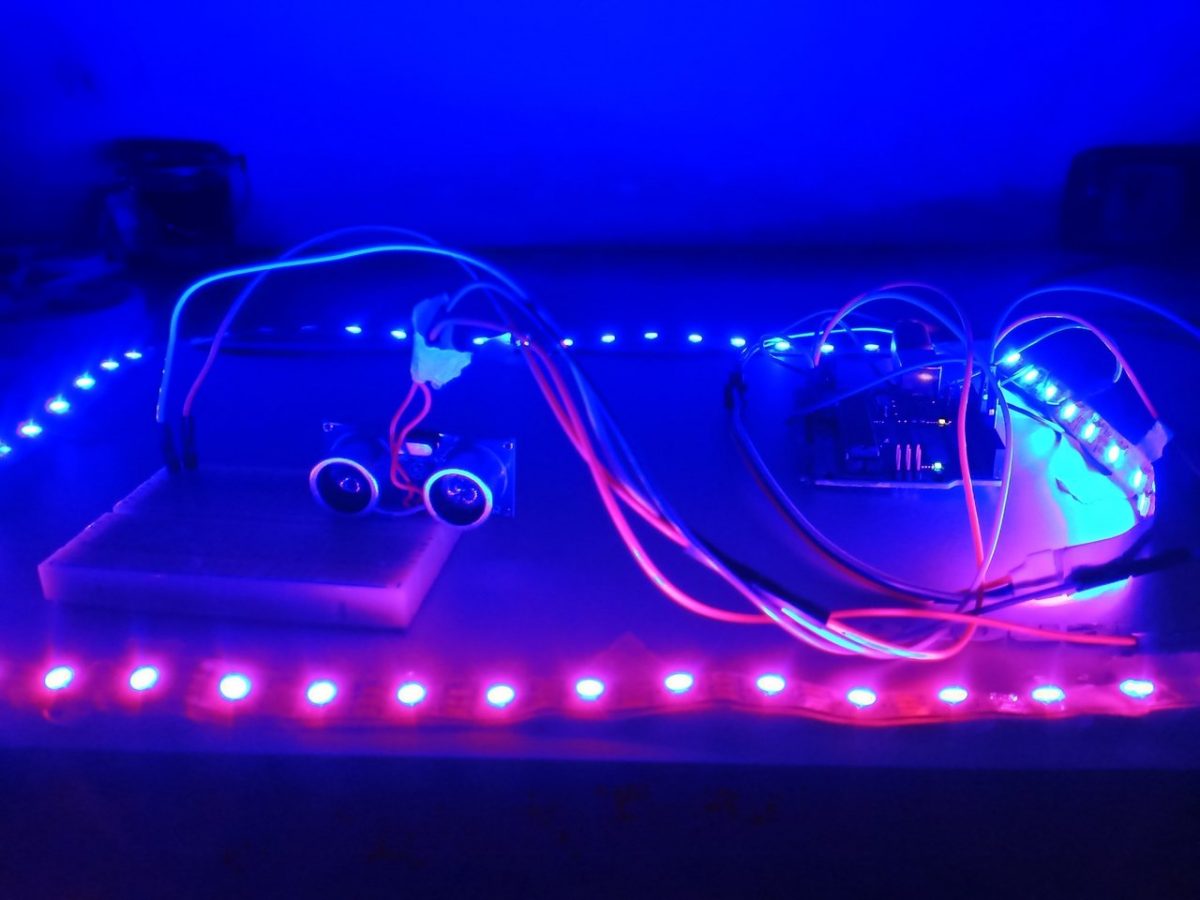 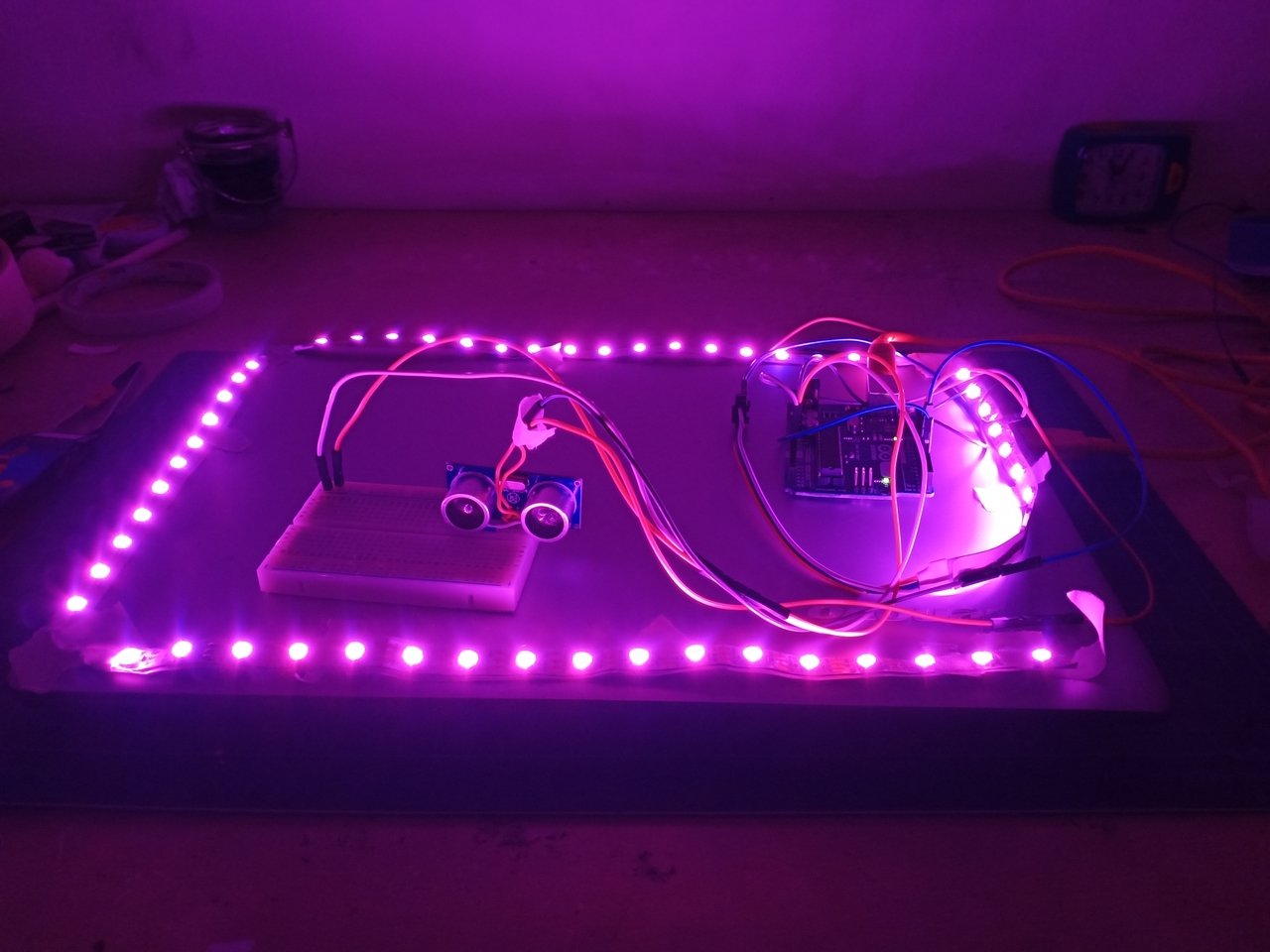 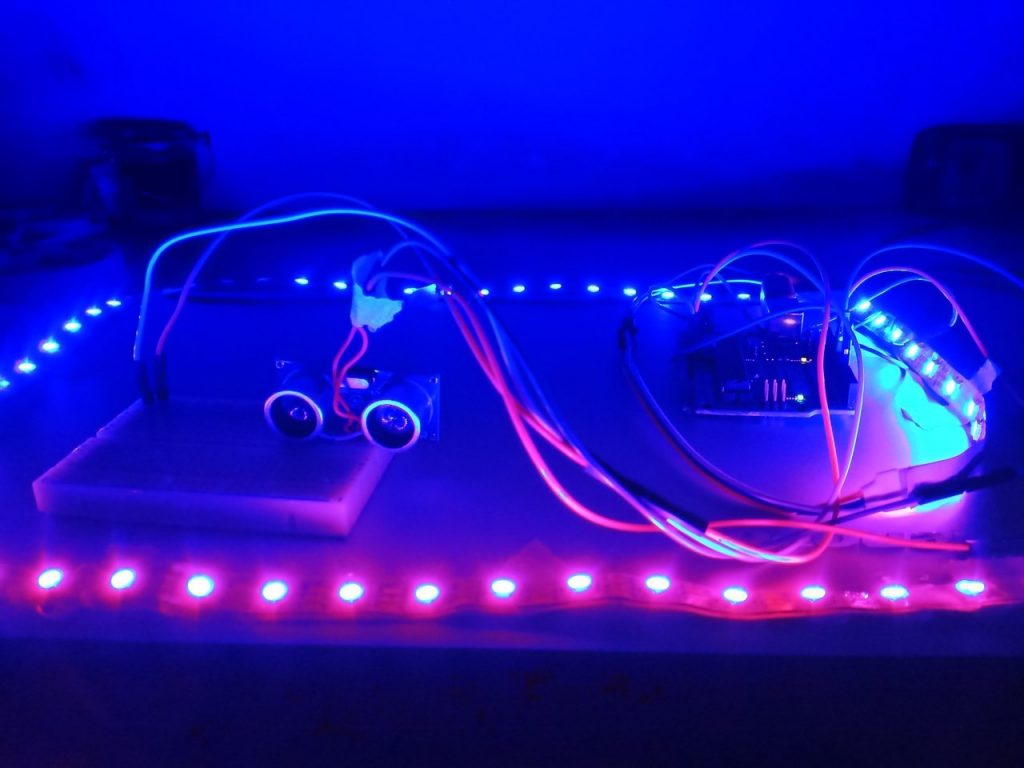 The idea for my device of the work is Ambi-Light – where you stick strips of LED at the back of a computer/TV for some light decoration, especially in a dim-lit setting. I spent  many hours of my weekend getting the code right, partly due to me being particularly unfamiliar and uncertain with Arduino. Eventually, after spending many hours tweaking codes, the outcome is closer to what I have expected.

In the context of a trade show, this ambi-light would be put in a backdrop of a black curtain behind laptops -which are for sale. With the sensor devices attached to it, it can detect distance of an object. This determines how the LED strip will function – where the further the visitors are from device, the more ‘flashy’ the out LED strips appear to be. This would result in an attention drawn to the product as visitors pass by the trade booths.

On the other hand, the closer the visitors are, the more it becomes “less flashy” where there is a gradual change in colours that is less distracting to visitors. This would allow visitors to feel more at ease as they look closely into the products because there is something to illuminate the product without being too distracting with colour changes.

Problems and how they were resolved

In hindsight, the work  I put in was a spent on searching for the right code and tweaking it in terms of distances covered by the sensor. Soldiering was also something that I learnt along the way too, and I had many intense moments working on this project, despite it being “micro project”. That in itself also means the learning curve was quite steep for me, but it has also familiarizing myself with some things that I will use in the next upcoming projects. Soon to come.