The place of this installation is in Liezen which is at the geographically at centre of the Austrian country. This installation aims to bring community together discussing and realizing new forms of societal acting based on shared common ideals, something they would want to see happening, as quoted “reconsidering neo-liberal economical structures still prevalent”.

These are large orange blocks are tangram pieces of wood. They are originally some form of Chinese board games that was used, where you put these geometrical pieces together to form shapes. It was also adopted during the Austrian-Hungarian Monarchy period too, which was in the 19th Century.

This was initiated in 2011. And given the different shapes of tangram they have, in Austrian culture it is normally used as toys for younger children to play with. . The original tangrams was used at the beginning stages of the project -where people come together and attempt to put these blocks of wood where because of the scale, each person has control over how the blocks can be formed.

At the next stage, these blocks are in large scale. There was a couple of game sessions organized for the public community. This took place in Liezen, and the game was a modified version of tangram game, and what I found interesting was this brough people of different ages together and turning it into a collective art project.

The game sessions also served for discussing vital topics like new forms of commons and collecting art (not just by the wealthy) – as well as the future of Liezen.

Eventually the storage pieces are emptied, and these tangrams are sold to public afterwards. The tangram pieces are sold as art pieces (referring to minimal sculpture). Thus the storage space/ pavillon will be emptied and ready for use for future activities by the community by August 2011. The earnings will be reinvested in Commons Coming to Liezen and the further programming of the pavillon.

What makes this a social practice art is its ability turn a simple game that’s historically part of their culture, and introduce it in a way that engages with the public. From turning tangram into large scale pieces, giving the people a chance to directly influence the outcome of this art project, and to discuss about ” neo-liberal economical structures ” are some aspects of social practice art seen here. 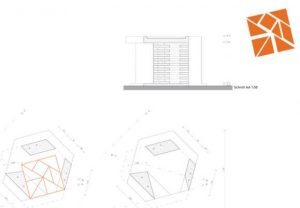 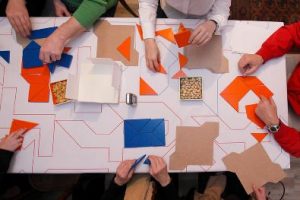 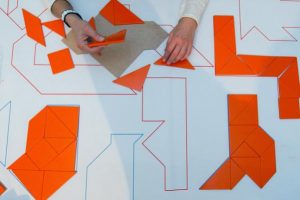 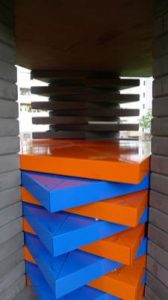 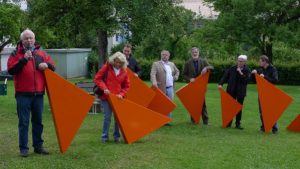 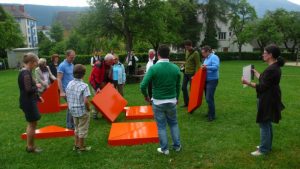 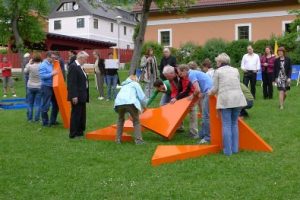 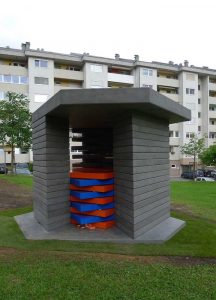 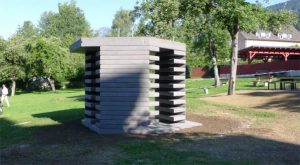