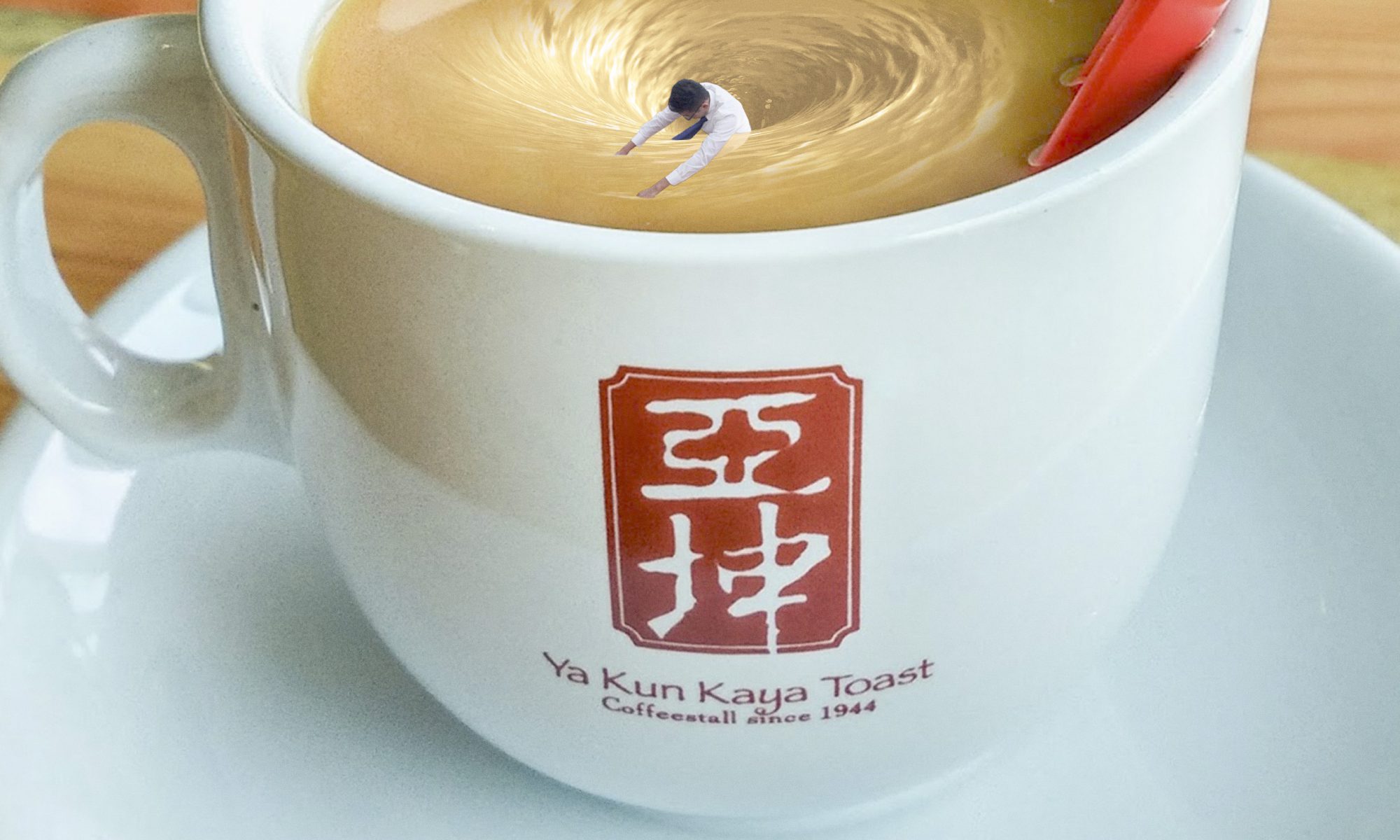 For our 2nd project we were tasked to create a composited self-portrait of a hyperreal fantasy world.

For my project the first thing that came to mind was to create something surreal & in line with what I have done for my first project.

After brainstorming & playing around with the other self-portrait images I shot previously, I couldn’t think of a concept that fit what I was trying to go for.

However, one of the images that I found & experimented on ended up something that I used to develop further into my final composite. 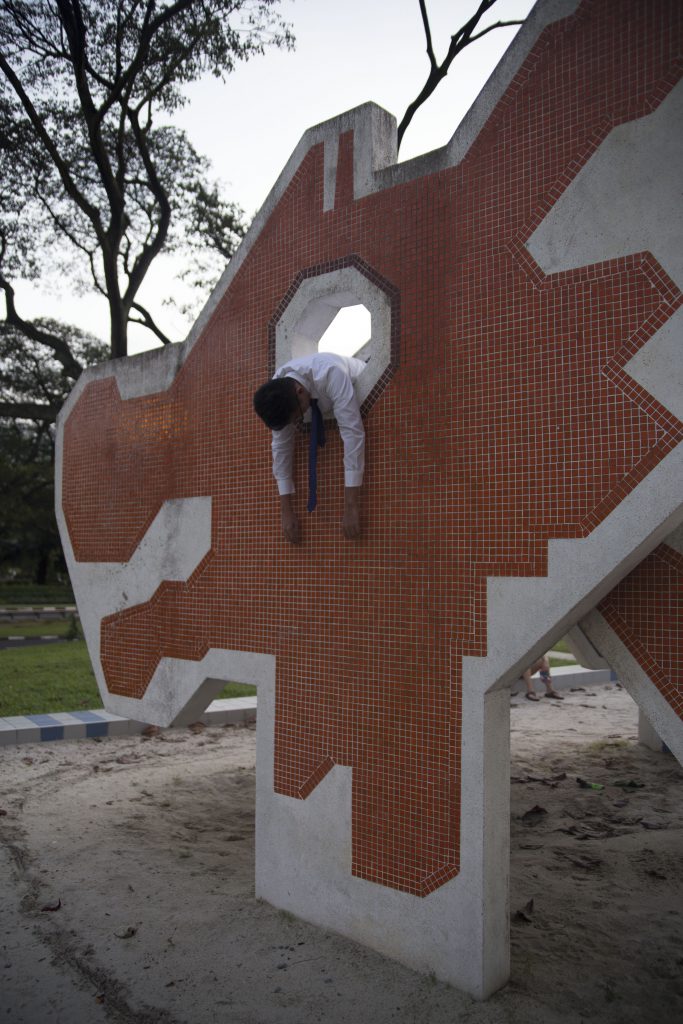 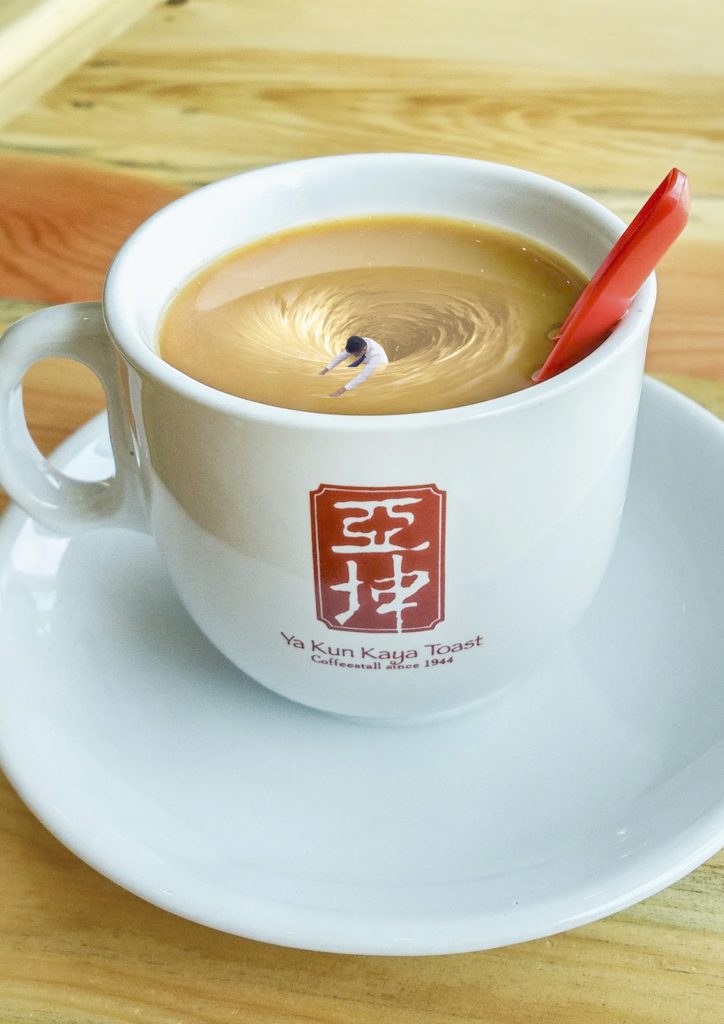 The concept for this image was my heavy reliance of drinking iced tea or ‘teh bing’ every morning before I started my day. While most people rely on coffee to get their daily caffeine fix, I relied on good ol’ coffee shop teh bing to kickstart my day.

I can literally feel the rush of sugar & caffeine every morning once I take my first sip of this beloved drink of mine. So for my image I pushed this idea of drinking teh bing in the morning into a more surreal one.

Showing myself dressed up in standard 9-5 office attire, I am swirling around in a whirlpool of a cup full of teh bing. This represents the overwhelming feeling I get when drinking it every morning.

The title of my image is ‘morning dip’, representing the idea of instead of getting my morning fix, I am now literally swimming in this cup full of teh.

Leaving on the Ya Kun toast logo on the cup was to add this local context to my image. Leaving it on a blank cup would have made it look like normal British tea, thus the decision to leave on the branding so people would immediately identify the colours & relate it to the classic teh bing drink. 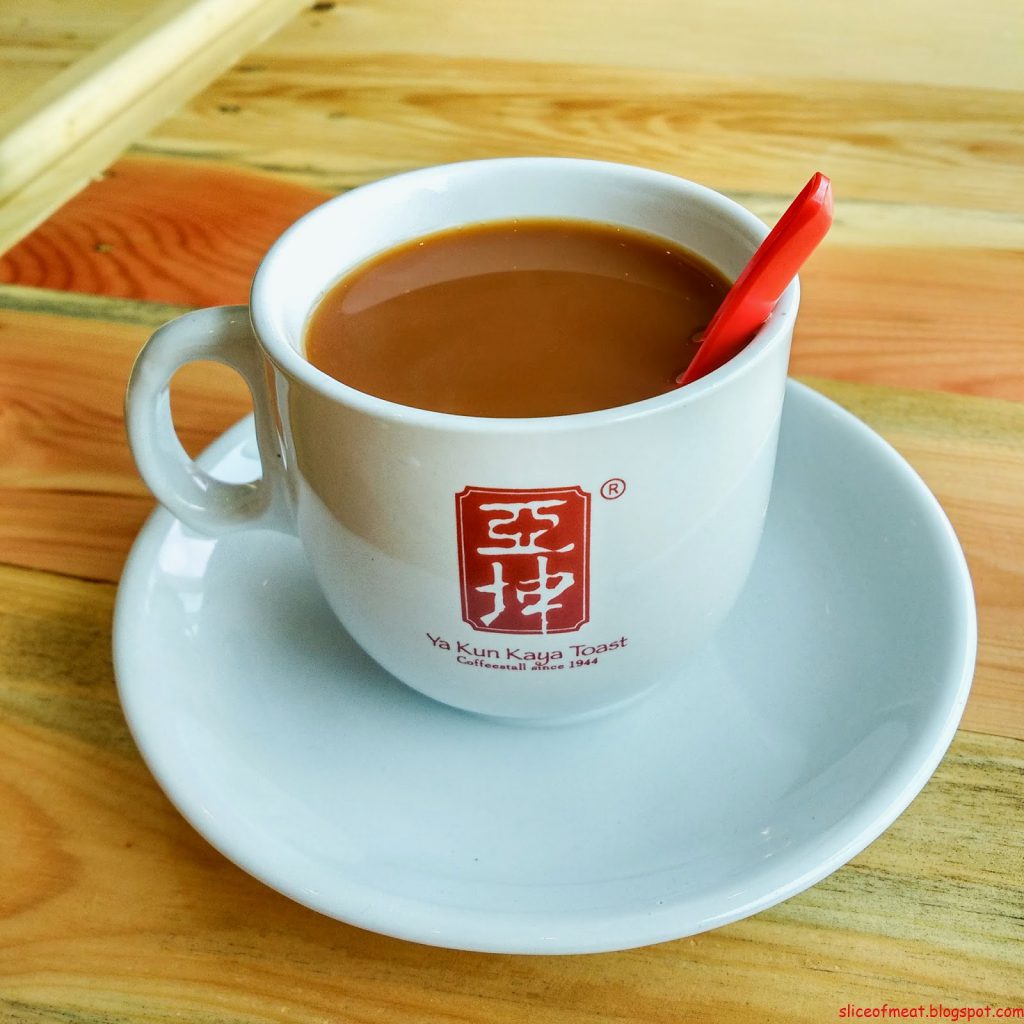 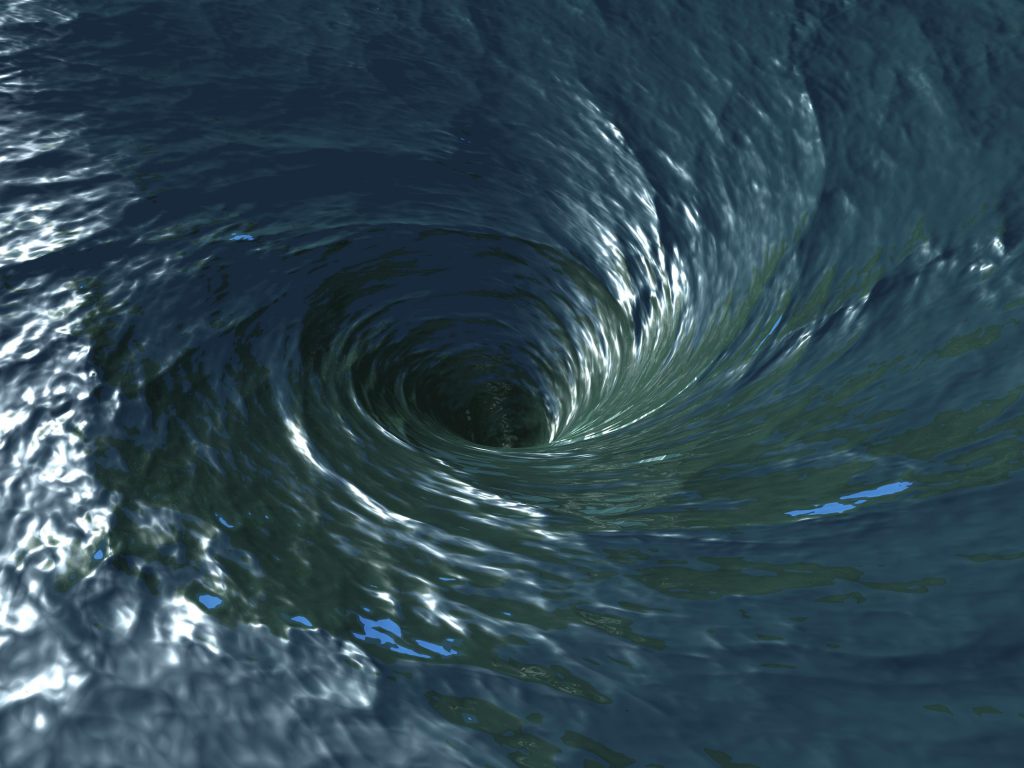 While the image may look simple in it’s final form, there were quite a lot of challenges I faced while in my process of creating this image.

Firstly, the masking of the whirlpool to fit into the cup of teh had to be blended so that it looks seamless & not stick out like 2 different images pasted on top of each other.

Finally applying an overall colour balance to give it this vibrant low-contrast milky look I was trying to go for. 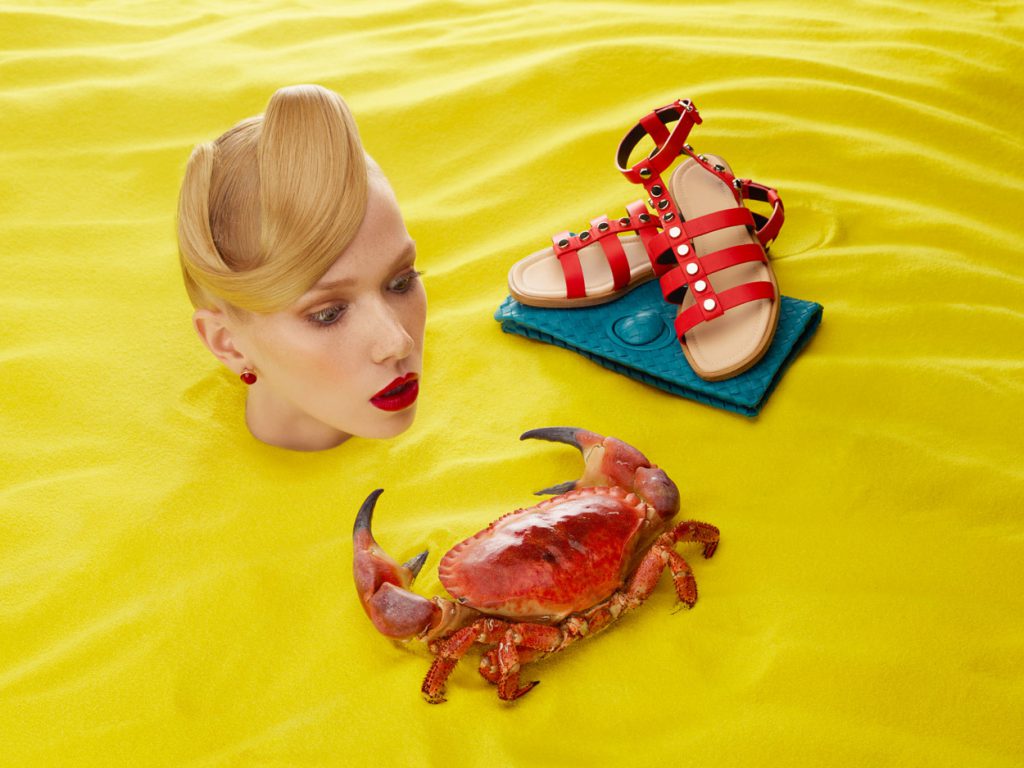 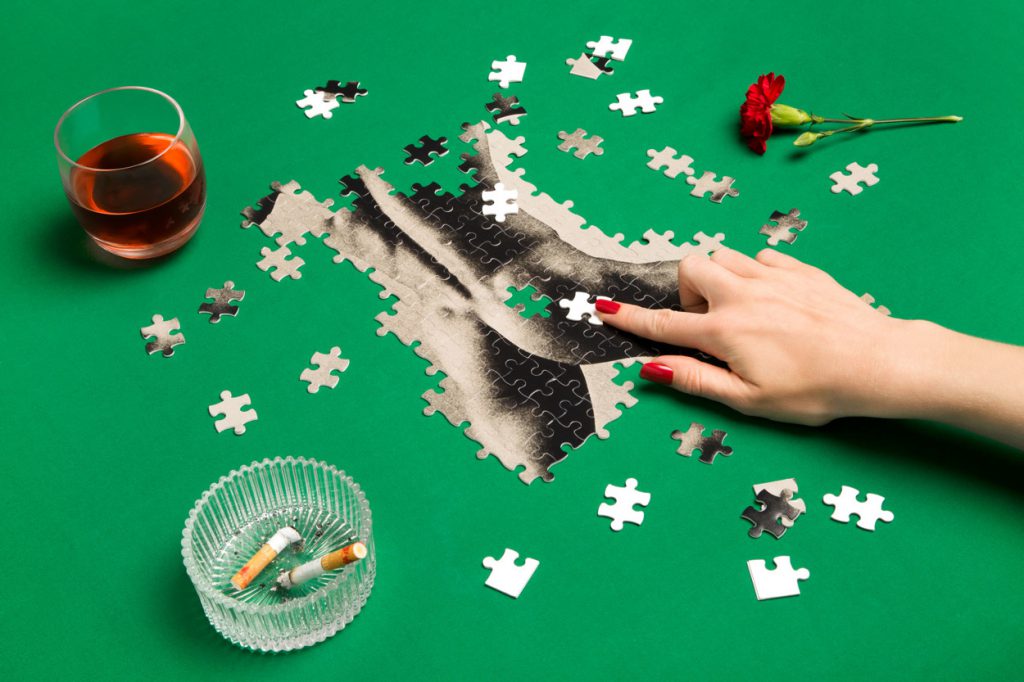 I was inspired by Aleksandra Kingo’s photography & her use of objects on bright coloured backgrounds. The way she places them in such a way that plays with the subjects was a source of inspiration to how I wanted to place myself in the cup.