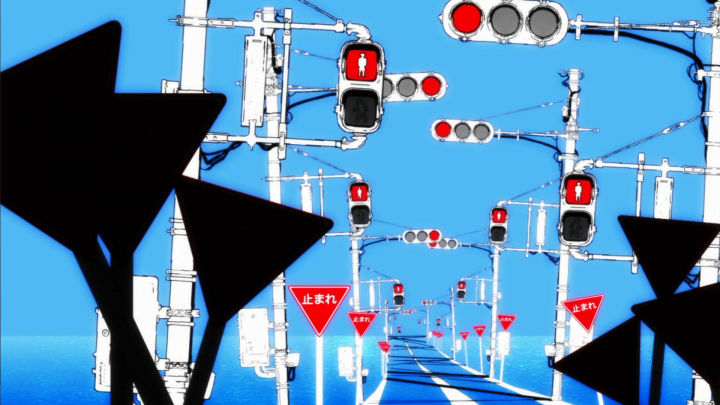 Alternative title: Excerpt of me brainstorming on Sept 23 at 01:03:29 because I couldn’t think of anything.

The fact that I myself, at the moment of painting, do not understand my own pictures, does not mean that these pictures have no meaning; on the contrary, their meaning is so profound, complex, coherent, and involuntary that it escapes the most simple analysis of logical intuition.

I always feel like I have problems conceptualising “surreality”, probably because my opinion on it is very close to Salvador Dali’s, that true surrealism is when I create something that even I can’t understand. But I don’t think that’s something I can do, to let go of all rationality and be able to confidently say that’s what I’m presenting, and yet, I can’t feel comfortable creating something that was purposeful, imbued with meaning, and call it “surrealism”. And that’s problematic for me, because it really affected my ability to complete Project 1, and, as evidently shown by my lack of progress even by this date and time, Project 2.

So I’m writing to make sense of things. When I try to narrow down the scope to something more tangible, then, I think more of SHAFT. They’re a Japanese company renown for their unique style, which often treads the line of symbolic surrealism.

I think the best examples are their portrayals of witches, otherworldly beings of despair (sample 1 and sample 2). In both examples, the witches and their domains are seen in juxtaposition to the “real world”, where they create a world which is nonsensical, filled with extended imagery, repetition, etc.

(Some background knowledge, first. The “witch” is an otherworldly monster, which has her own domain, a world separate from the real world and shaped by her warped consciousness. She also has minions, servants which act as her proxies. Also, Madoka is the pink-haired girl.)

Sample 1 shows the domain of the witch Elly, who is described as the “box witch with a covetous nature. She is a staunchly reclusive witch. Anything she covets she locks away within glass. The thoughts of her prisoners are laid bare, but one can strike her without thought without problems.”

The video presents this nature in a surreal way which I will now attempt to analyse.

The witch herself takes the form of a girl. Her torso is like that of a ball jointed doll’s, and her bottom half is a mess of colours (a skirt?) resembling some kind of haphazard oil painting. Everything about her looks like a messy painting, but when presented on screens she is shown to have a clear form, though she is but a silhouette. Perhaps this pays homage to her nature as a recluse, as she appears only through screens, only appearing as her true form when dead. That her body is like that of paint (and of a doll) is also suggestive of how she is easily struck, like paint which can be melded easily (or a doll which can be fragile).

Her servants are humanoid, but anti-naturalistic, and with one wing and a halo. “The box witch’s minions with the duty of transportation. Anything they touch becomes easy to carry.” Again, the bizarre form ties in with the crazed mind of the witch, and the wing and halo likely represents how they are like angels, which “carry” precious things to “paradise”. Their purpose also likely ties in with her coveting nature, in wanting to take precious things. This is shown thoroughly in the video, where they carry Madoka, defying the laws of physics (she’s probably heavy!)

SHAFT also uses a lot of imagery, and for conciseness I’ll just summarise:

I won’t talk about Sample 2, which involves a main character and will definitely have a lot of things which can be mentioned.

Some of their backgrounds too, especially when the background doesn’t represent the physical space as opposed to a character’s feelings, or a certain overarching theme/aesthetic. I mostly like the random/alternating/whatever rhythms, especially geometric shapes with a chaos of intersecting lines at random angles. (1 2 3 4)

HOW THAT APPLIES TO ME

For me, what I find most admirable is the beauty of extended imagery. I really like having consistent ideas running throughout and reminding you of their existence. I also like contrasts, so the whole surreal versus reality/single person vs repeated background/etc is really appealing to me too.

I initially wanted to do some other “real people” films, like the charming (but also non-international release and obscure) Tetsu no Ko and Kingsglaive (just because I’m FFXV trash). For the sake of actually having a linking theme, though, I decided to just go with animated Japanese youth drama films, i.e. over the top drama, some existential crises, social anxiety, etc.

The problem I previously had was lack of personal input. So I’m going to do what I do (almost somewhat) best, which is writing prose about my feelings, then taking the key points and associating it with images.

I’m at a loss as to what to do, with too many burdens pulling me down. Somewhere out there must be some form of salvation, I wish that I could purge it all, throw away everything, but vines hold me down, they ensnare me and whisper to me that there is no hope beyond this mundane existence. Please let me be free. I want to be free from all of this.

I’m feeling somewhat dissatisfied at my current composition, because I did it separately before the others so I don’t feel like I’ve put enough linking qualities to the other compositions (e.g. border shape, repeated/similar imagery), and it feels very different from the rest in terms of overcongestion. I do want to include koi fish and “no solution” math, but it seems somewhat irrelevant…

それが結び。それが時間。(This is connection. This is time.)

Even though my body is torn to shreds and I am wrecked beyond repair, but my existence still remains. As long as my influence on this world remains, even in the smallest shard, I still remain, for all my ephemerality, for all time and space. Even my cough can change the world, or perhaps not, but somewhere, somehow, I changed something in this world, and that binds me eternally to this space.

私の声消えたことみんな喜んだ (Everyone is happy that my voice has disappeared)

No more, I am afraid, don’t listen to me. How audacious, how filthy the sound, and when even I can see the entrails of these soiled words, no matter how innocent they seemed to be when they came out. I can’t breathe knowing that someone possibly holds disdain for me, by what I said, I can’t breathe thinking their eyes tear me apart and my words which I didn’t think of prior have were always monsters which would create a rift between me and everyone else.

Just once more, I’d like to remember what it was like. To be able to careen in fields of green with bare feet, sing unabashedly into the night sky, forget the passing of time with fine lines. If I am to spend eternity as a cog in society, doomed to tedium and normality, then please let me remember once again, what it was like, freedom and serenity without the scorns of time, and all of humanity’s business and productivity which I cannot bear.

[To be continued. Or edited. Maybe]

[Edit: Now my problem is conciseness. Why am I so weak]