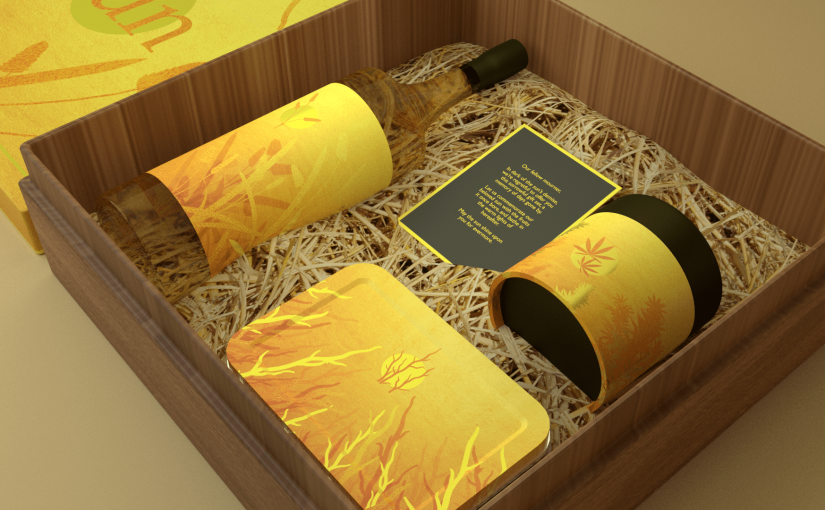 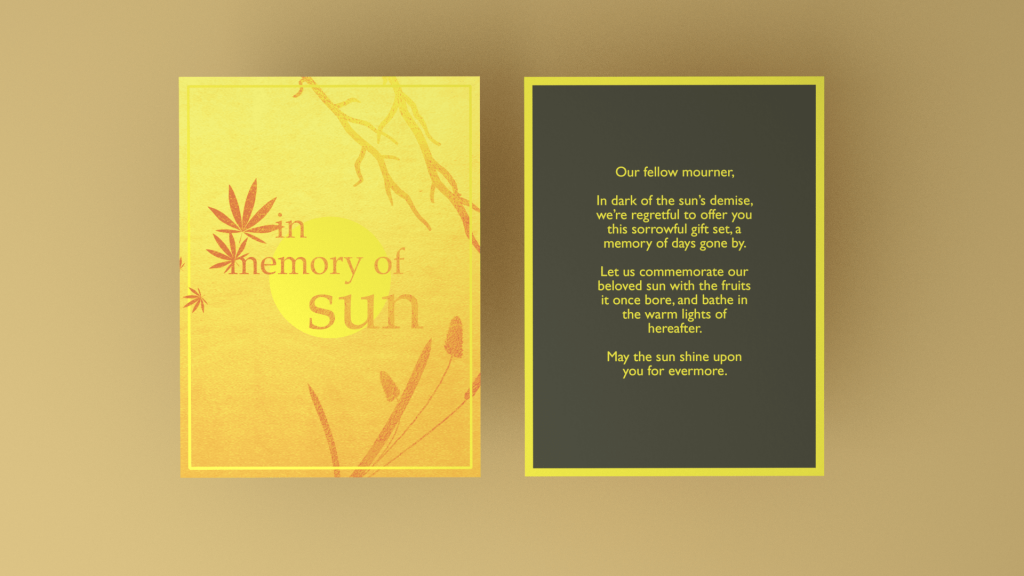 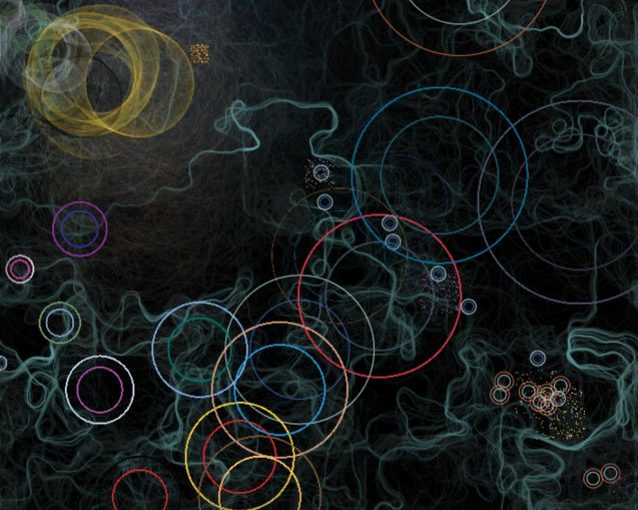 Again, you can generate a copy here!

* if it doesn’t seem to be working after about 5 seconds of the page have loaded, try refreshing. 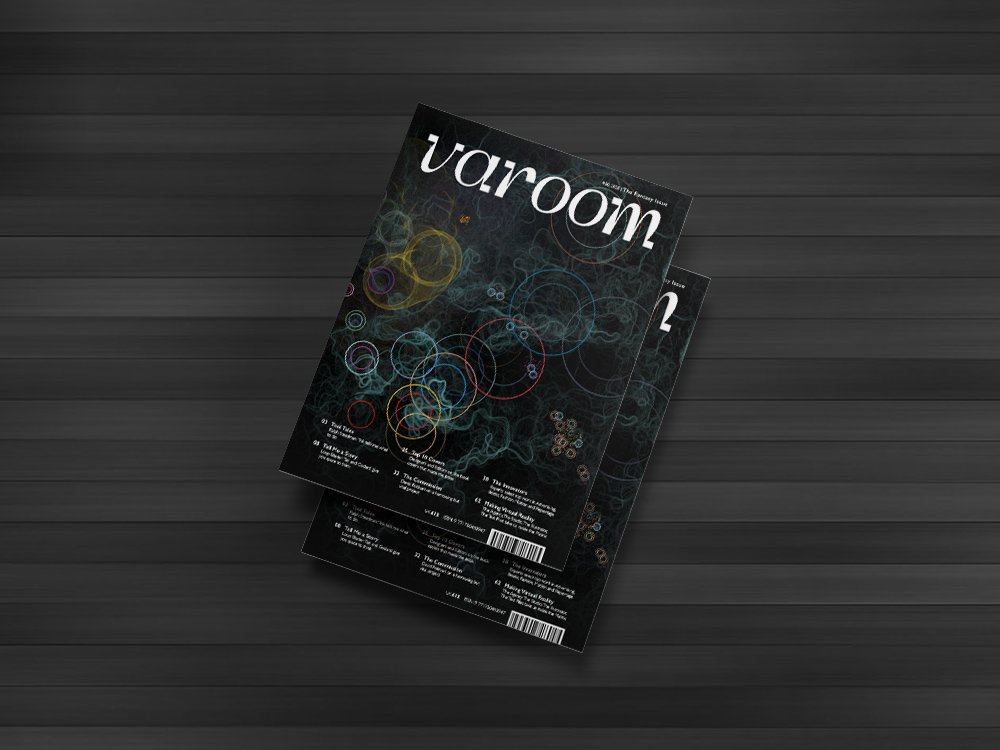 Variations, since it will always return a slightly different result:

It also takes an ungodly amount of time to explain the code, so I’ve made a video: 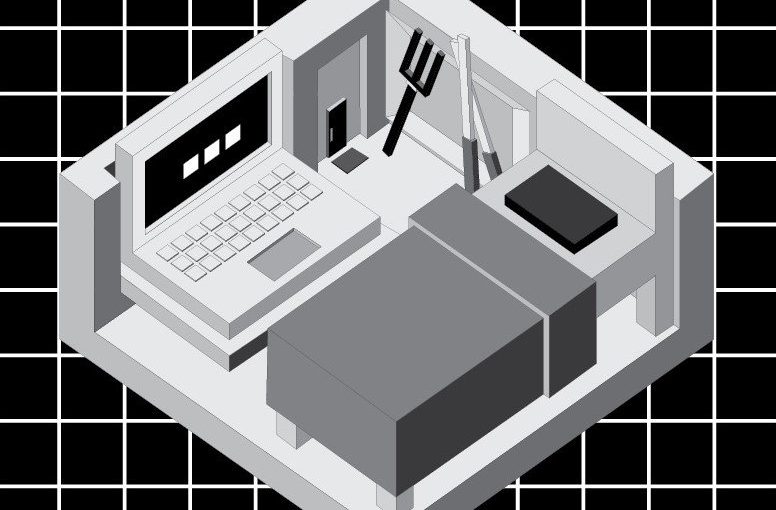 UPDATE: I added a video version!

The animated GIFs are too big, but here’re links for Gwen and I! (Please. They’re necessary.)

The initial point was an interview with Gwen. We hardly knew each other, and thus asked a few questions each via Telegram. Other than that starting point, we also took various free time opportunities in class to converse, getting a general sense of our various opinions. This included, for example, thoughts on things like religion and philosophy, as well as hobbies and reasons for it.

Based on the results, I identified key words, and compared traits against myself. The conclusion was as such (Gwen / Me):

This translated into the following decisions, where I believed these to most aptly display our differences:

Nevertheless, there were many points where we aligned, such as our perspective on self-actualisation, and our varied interests. As such, I also considered the use of Perspective than Orthographic, to represent that 3-dimensionality. Also, for our portraits to Seamlessly Intersect, such that the portraits (and us!) can be connected without any issues.

I also checked out relevant images to whatever Gwen had mentioned in our talks, in an attempt to acquire a moodboard of sorts. These images were also set to greyscale, to avoid colour bias due to the limitations of the assignment prompt. Here’re the images:

As my approach doesn’t quite look at specific events or items, I surmised that it would be best to rely on emotion evoked through a scene, than symbolic objects. This, as would later be affirmed in class critiques, made it difficult to create an illustrative piece that was concise in its meaning. Here are some samples of the earliest compositions, which look like shoddy attempts at still life drawing:

Consequently, I looked for ways in which other illustrators display “spaces”, while still being distinctive and clear. While I looked at a variety of sources, my primary inspiration was Ronald Kuang / SeerLight, who often uses geometrical shapes and gentle colours to depict locations.

Thus, I decided that the best way to represent our distinctive traits was to use a contrast of Organic / Geometric shapes. This way, the very form of the elements is an indicator of our characters. Additionally, this means that, when using animation, I can use the same shape to represent various different items, retaining a proper focal point without cluttering the composition.

I did mine, of the geometric, in Blender, where orthographic drawing from scratch is not my strong suite. It is made of cubes, cubes, and only cubes, a call to my comparative rigidity and practicality. After which, I traced it on Illustrator.

The biggest object is the bed (of course!), followed by the computer, and then the cutlery. It’s a representation of my 3 priorities: sleep, Internet, and food. I placed the door as a counter to the struggle for dominance: unlike those 3, the door is verily small, an indicator of just how much I hate to go out. The animation is much simpler compared to Gwen’s, but feels oddly apt: Much of it is just repetition without significant changes, just like much of my everyday life as I hide out at home.

Gwen’s features curves, curves, and only curves. Since she appeared to be someone rather emotional, and almost spiritual, I placed many of the things she enjoys seeing, such as the sun, plants, waters (the sea), and the bowl (for plants, but also for fish sometimes). When I mentioned this to her, however, she hastily said that she only enjoys watching, as she’s terrible with keeping things alive. Consequently, I added the eyeball, a manifestation of her gaze. I’m blessed that all of these use the circle as a base shape. Thus, the animation can encompass all, by having the circle change from being that of a “bowl”, to that of the “sun”, and the “eyeball”.

All in all, I’m surprised that the lack of colour wasn’t a major problem. Nevertheless, the sun on Gwen’s portrait is tragically misaligned, probably because I failed to set the origin point properly. It’s only my second time using Adobe Animate, oof. Also, I feel like the eyeball might not have come across very cleanly: in hindsight, it might have been better to have it centralised than facing the side, where it’s rather difficult to identify what it’s supposed to be.

Perhaps the approach I took wasn’t necessarily the best, either, since I focused on the dichotomies between both of us, than seeing Gwen for who she is. While it helped in the eventual creation of the Organic / Geometric division, it might be worthwhile to try seeing others as they are, than as compared to me.