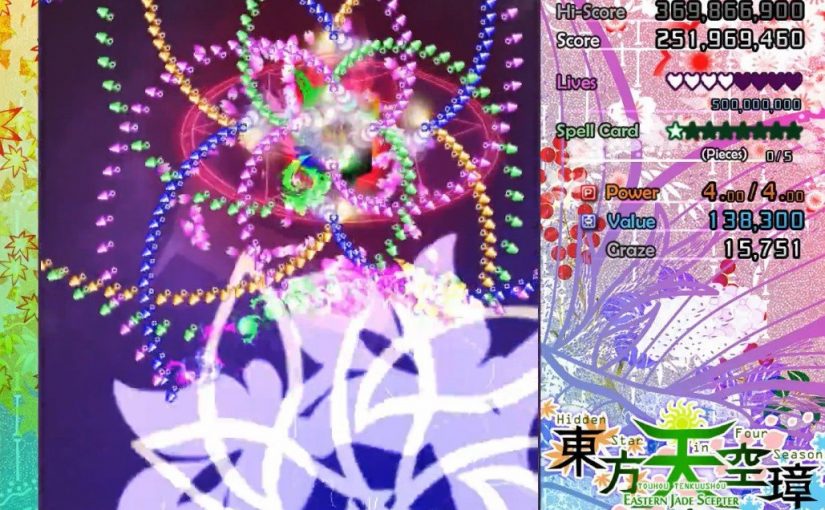 A one-man show, ZUN has had only one project to date: the 東方Project (touhou) video game franchise. This may seem unremarkable, if it weren’t for that 1) this project has lasted 25 years, and 2) is still performing extremely well.

What I admire most is ZUN’s commitment to the doujin mindset. Though similar to indie (self-publishing), doujin is a broader term which encompasses the idea of “if you like it, then make it”, be it original or fan content. Combined with his interest in creating games “that only I can create”, this explains his style of doing everything himself, where he taught himself everything from programming to music composition. As someone living in a society which emphasises “efficiency” and “quality” by outsourcing work, it’s admirable to see the prioritisation of “self-expression” and “do-it-yourself”. That he is able to collaborate where necessary (as evidenced by action game collaborations with Twilight Frontier) also suggests that this doesn’t stem from a stubborn desire to do things his own way, further accentuating its notability.

This mindset also extends into liberal rules for fans, where ZUN allows freedom of creation. Unhindered by copyright concerns, the bulk of the Touhou franchise is thus supported by fan-made works, from music remixes and illustrations to manga and entire games. That is also incredibly admirable to me, where ZUN is unbothered by the idea of that Touhou is not strictly his, or that his fans might make “better” works than him, or that he’s losing potential revenue from not setting strong limitations. All he cares about is that he “just want[s] to make”. As someone who can be quite possessive of what I make, and someone who is prone to inferiority complexes, I greatly admire this self-assured approach to creating, and hope to someday internalise it.

(Quotes from ZUN as found in this article.)