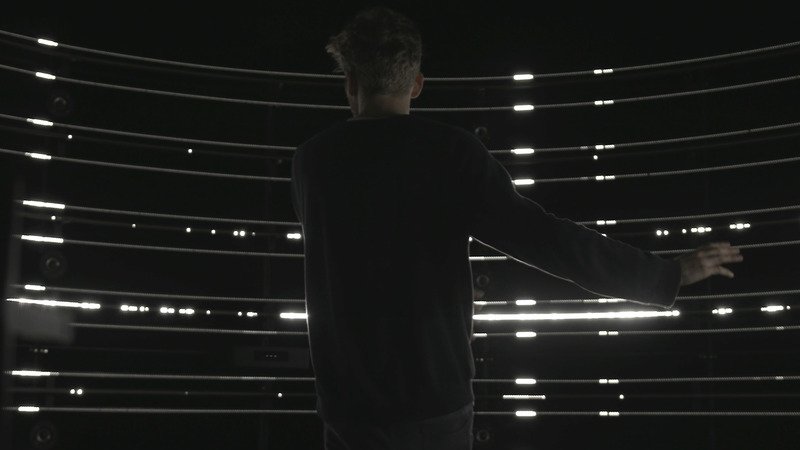 Isn’t everything interactive? The fact that we can perceive and influence things external to ourselves suggests that interactive media is a discipline that may transcend the technological, even reach back to whenever humanity gained sentience.

A work by the United Visual Artists (UVA), 440Hz, uses the human body as a basis to assert that possibility.

Where 440Hz is the frequency used to tune musical instruments, the body is similarly used as an instrument to tune the surrounding environment. What intrigues me most is perhaps the assumption that it is possible to translate certain kinetic movements into certain visual and auditory outputs.

This is done by taking the movements of the viewer as inputs, and creating outputs of light and sound around the viewer based on what was received. For example, a delicate flick of the hand may be but a momentary gleam. By adding up all the movements of our body, we create individualised canvases of sound and light around us.

As a commission for On the Origin of Art, the intention of the artwork likely conflates both the artists’ tendencies towards self-reflection, and their response towards the origin of art. It claims that the body is inherently a medium of creation, one which continuously shapes the environment around us. Through this, creative expression manifests naturally. Consequently, the outcome of the project relies entirely on the participation of the viewer, limited only in terms of what type of output is generated.

DUNE, on the other hand, does not place this same emphasis on the importance of the physical self, as opposed to the significance of the experience.

May I be forgiven for being interested by the fact that the artwork aspires to be futuristic and natural, while holding the same name as a certain sci-fi novel lauded for its environment.

Like a dune, the artwork shifts and sparkles when the viewer moves. Studio Roosegaarde describes the purpose of the artwork as “enhancing social interactions between [the audience] and the landscape”, and I am not inclined to disagree. 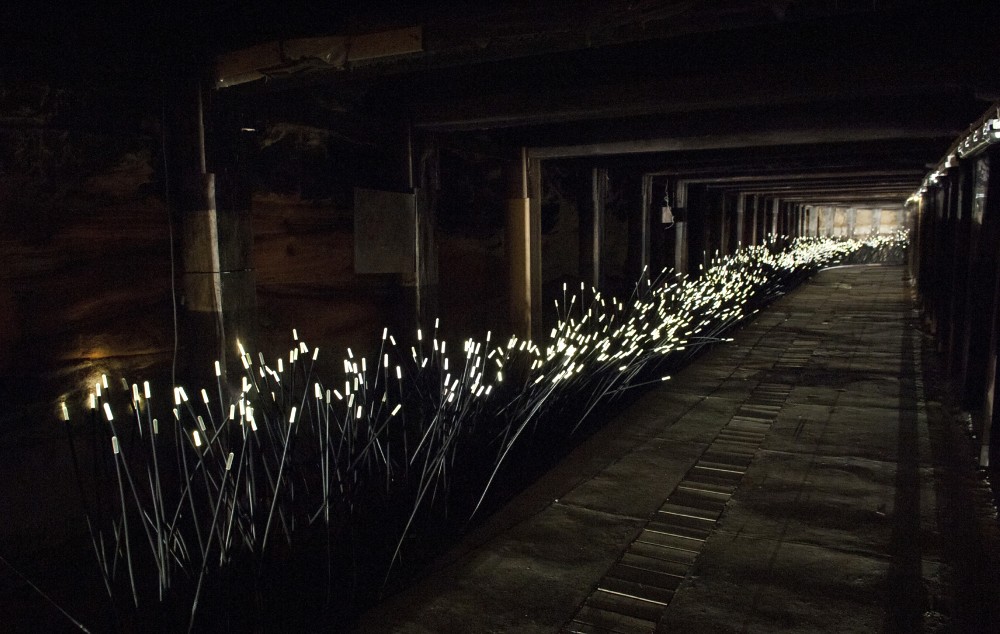 A suitable comparison might be of touching mimosa, just that the medium has changed from plants to lights, from biological instincts to sensors. Based on the proximity of the participant, the lights switch on, or do not, turning the viewer into a trigger than a mere observer. Outcomes may be considered to be fairly limited, however, in that the audience only determines if the lights are turned on or off (and where).

Thoughts and Questions Which Really Should Not Be Addressed in Class

Obviously, this is interesting to consider. Is the world simply a form of interactive media that takes form only because we perceive it? Or does it cease to exist once we cease to interact with it?

I don’t think this is a question we can ever be equipped to answer, though, because it’s very much a question of epistemology. Which is philosophy. I’m sorry. I’m really sorry about this.

Actually Thoughts and Questions for Class

Maybe a simpler version would thus be this:

Are there any means of identifying when the interactive space should revolve solely around the audience, versus still existing outside of their perception? This works on the assumption that whether the interactive space lingers or collapses without an audience depends on the message that is being conveyed.

McLuhan was one of the first to suggest the idea of passivity and interactivity in media. In Understanding Media, he suggested that the medium is the message, i.e. the form in which content is delivered sends its own message. Combine this with the fact that interaction in itself suggests that there are at least 2 or more objects which are in contact with each other. In that case, would that imply that the message of interactive media is, inevitably, that of relationships?

Additionally, both of these works focus almost entirely on physicality and external senses. Even if we try to detect things like lies, we can only derive our results from physical reactions like heart rate, which is not necessarily accurate. Can interactive media ever hope to capture the intangible, like feelings and thoughts, without relying on physical signs? Should it even aspire to, considering the likely repercussions on personal space? Although this is more a question of the progress of technology, or lack thereof, and thus possibly one that we are not equipped to handle.