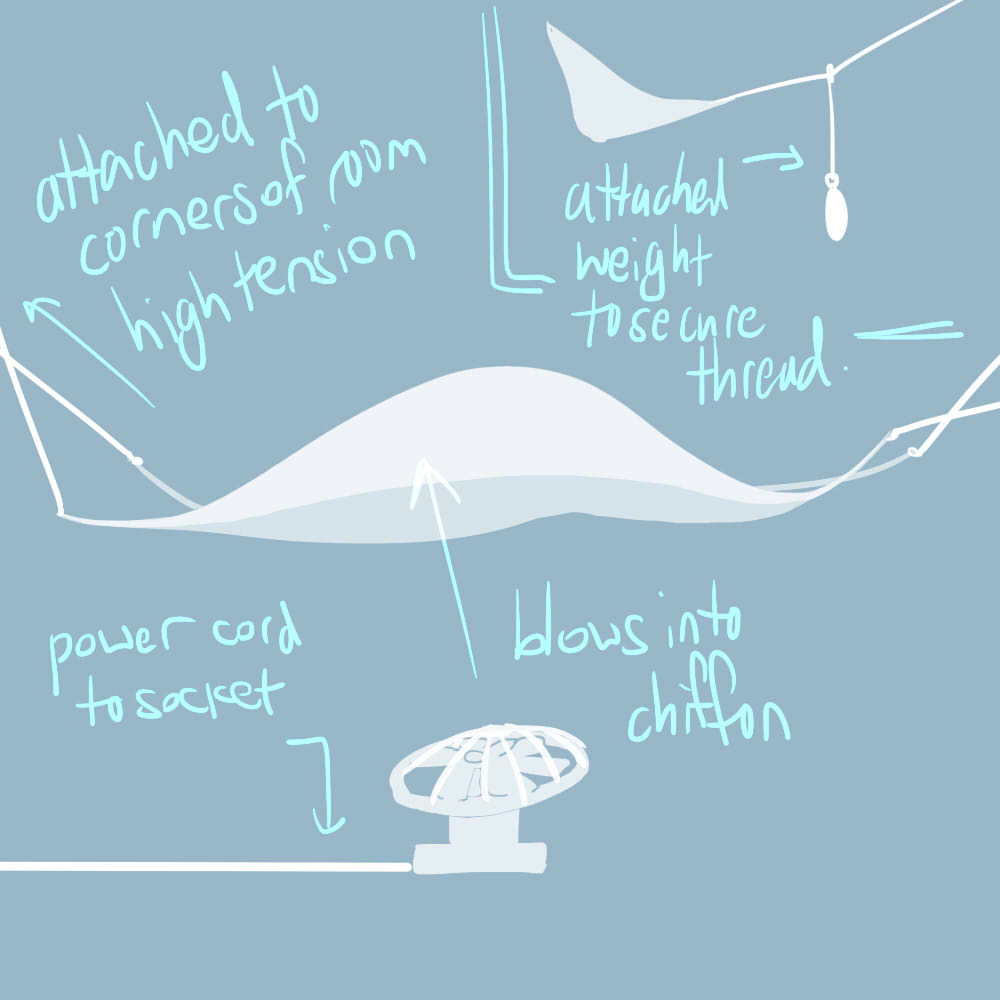 In this project, I want to try a medium that I was entirely uncomfortable with, namely: anything that belongs in the 3-dimensional world. I’m alright with drawing, I’m alright with animation, but I’m not alright with things that materialise in the physical world. I’m the kind of person who has trouble making things because I don’t account for a lot of things. Considering that I’ve already played around with animation, I thought I’d like to work with something with a 3-dimensional form just to push my boundaries.

What I aimed for was something relatively simple in appearance, where the focus would be on the setup. When I thought that, I instantly thought of an exhibit I once saw in an exhibition, What is Not Visible is Not Invisible. I speak of Blue Sail (1965) by Hans Haacke. I don’t remember the exact meaning behind it, but I remember being amazed that such a simple-looking exhibit could be intended to draw out something so abstract.

(Google says that it’s meant to draw attention to the presence of air, as outlined by the sail. It also says it’s meant to “speak to the limits of individualism within a system of constant economic and political micromanagement” though, so…)

The issue is then how to set it up properly. Indeed, it’s simple to look at: a mere floating blue chiffon with a fan underneath it. However, it’s evident that quite a bit of thought had to be put into the layout, to make the chiffon appear to hover gracefully without being completely blown away by the fan. So I shall attempt to study how it was set up!

The materials were, apparently: fishing weights, thread, chiffon and an oscillating fan.

I also referenced a senior who happened to draw a setup of the installation in trying to visualise it. While the weights were missing in her diagram, which would have heavily compromised the threads’ ability to keep the chiffon in place when the wind was blowing, it DID help me to envision how the threads were placed such that the sail forms a concavity.

Incidentally, I suppose Blue Sail somewhat qualifies as a time-based project, in that the space constantly moves as the fan moves, giving you the idea of a space that is constantly present and constantly shifting. 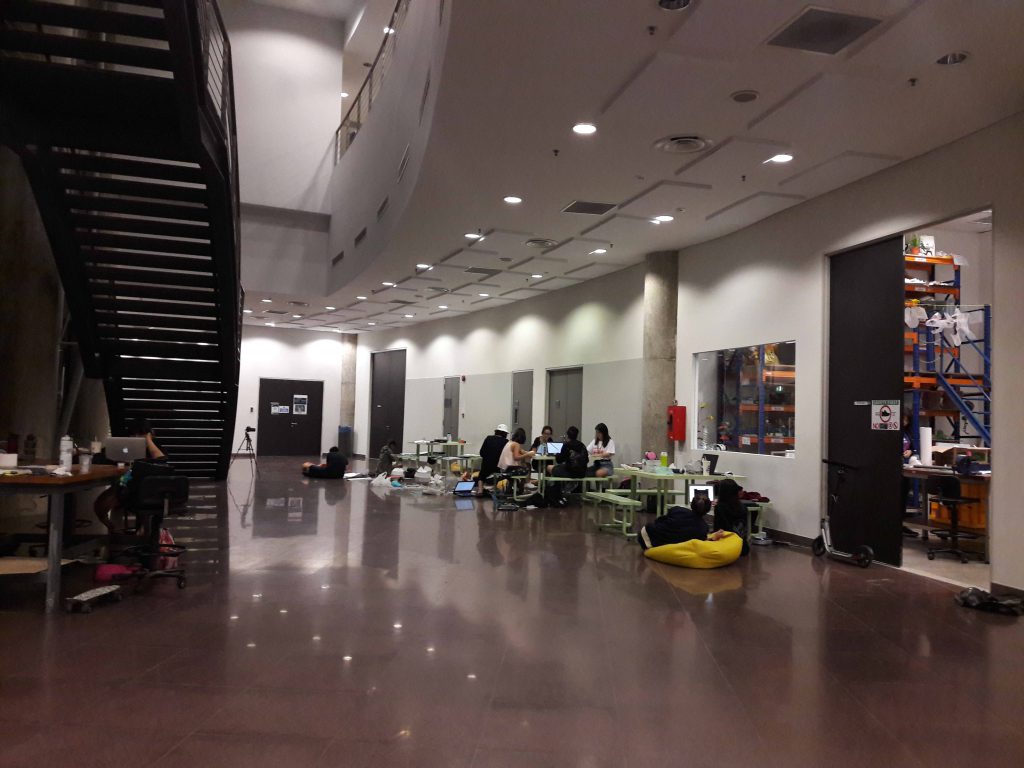 This is the place I’d like to use. Especially for my work, I envision that a lot of electricity will be involved, and a lot of setup which shouldn’t disrupt the overall image, such as power cords. I haven’t quite figured out how to keep it neatly safe and unobtrusive since my location has a severe lack of sockets in the area where I’m actually installing, such that I’ll have to set down an extension cord. Unlike Blue Sail, too, it’s not in a place made for exhibitions, so it’s not very well-equipped for my installation, and I’ll have to do what I can. Based on Blue Sail, though, it might be worth a try to tape down the cords such that it runs smoothly along the ground. I have nothing that will hover particularly, so that’s unlikely to be an issue.

It’s a good thing that I’m keeping mine simple, though, since the setup itself is really difficult for me in that I have difficulty envisioning 3-dimensional objects in detail, and I’ll probably need to focus a lot more on that.