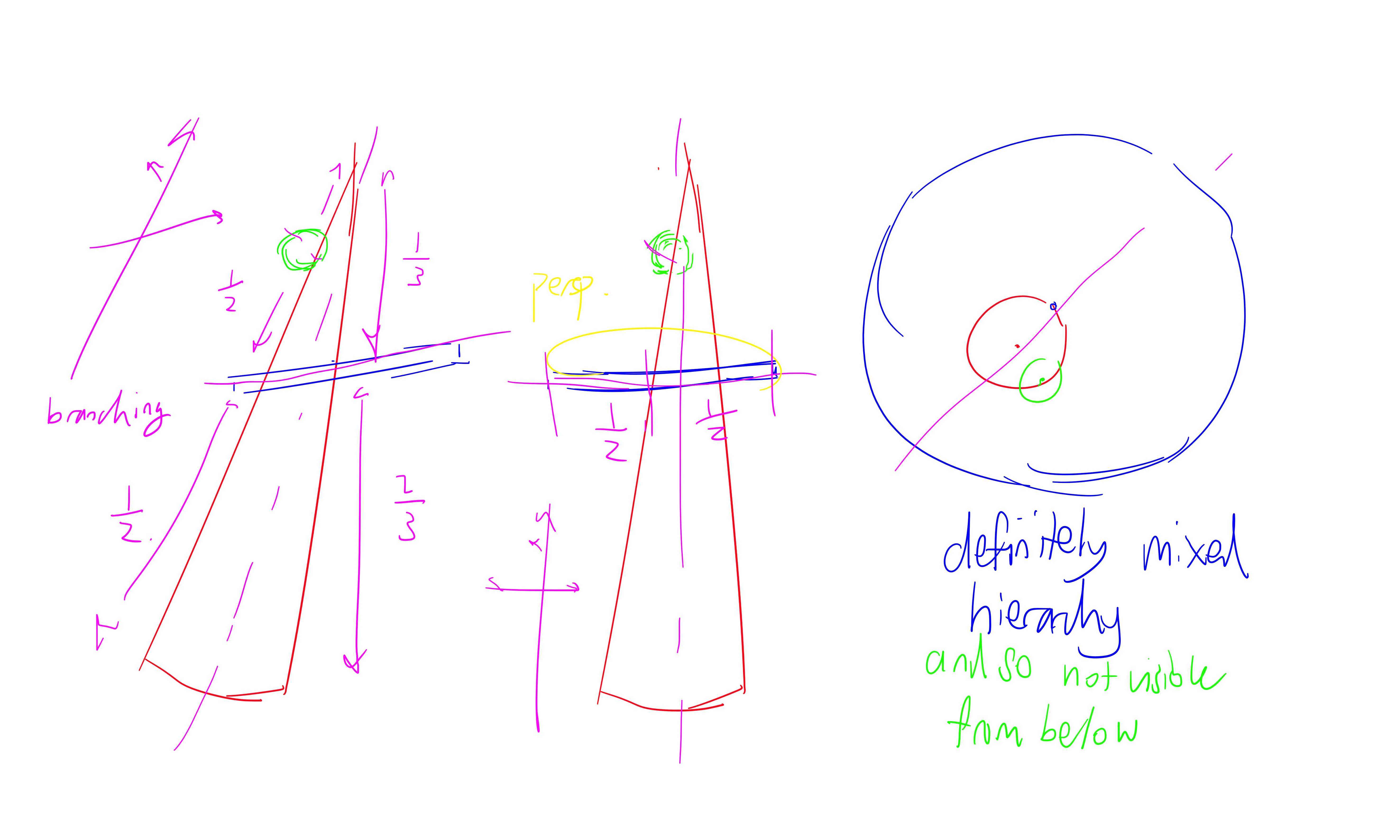 I mostly thought of trying to vary the types of cylinders and cones I had (spheres… can’t really be varied, can they?), so I worked on trying to join different kinds, and also changing up the dominant. Also, I discovered that the inside of my cupboard works decently as a background (although the reflectiveness is a little difficult). 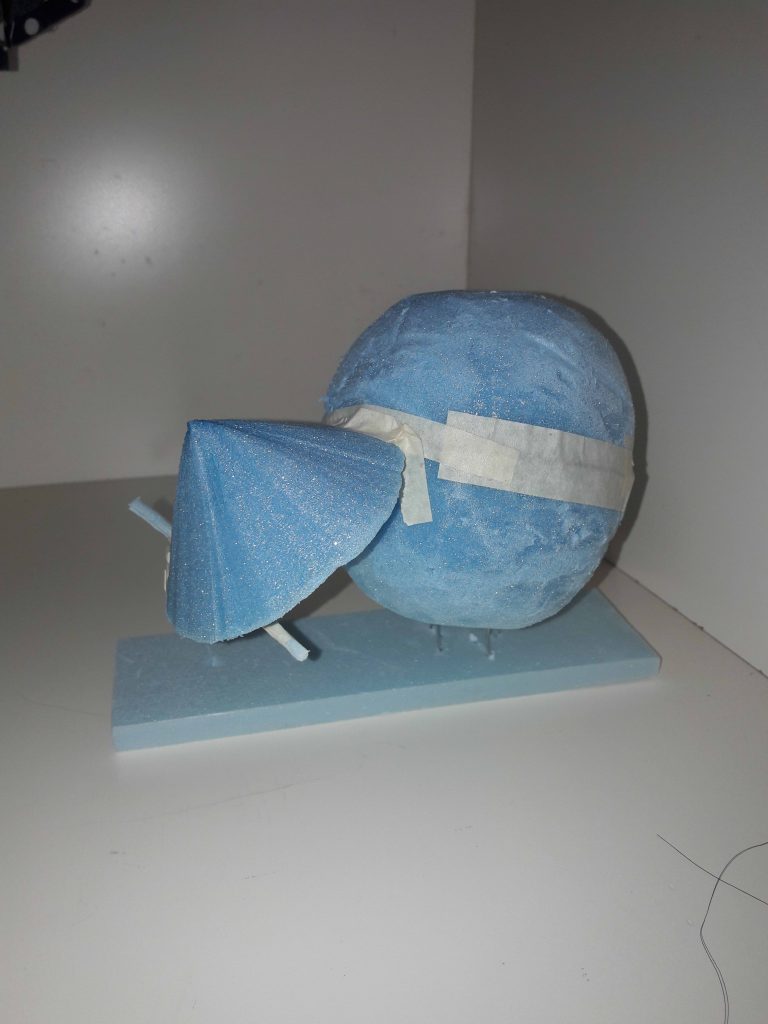 The main idea was the sphere being a huge dominant, so everything else just came in naturally. Initially I was thinking of the cylinder as the subdominant, but Cheryl suggested that it would be better to have a thinner and longer cone if I wanted it as the SO. And I kind of wanted to have the “mountain” cone to fit into the narrative I had in mind, so I upgraded it and downgraded the cylinder!

At first I had thought of having the sphere and cone supported by a long and slender cylinder, but after downgrading I figure it might not be good to give the SO too much power, so now the sphere is kind-of-but-not-really floating (this was a serendipitous discovery because I had no idea how to use the metal wire properly to secure everything, and ended up having extra lengths which became the “floating” region).

ALSO, I am proud to say that I consciously took actions to prevent similar lengths. You will find that the radius of the sphere and the base of the cone are NOT equal (because I trimmed the cone), nor the length of the cylinder and the radius of the sphere (because I extended it with masking tape). And that made 2 semicircles into 1 sphere to replace that 1 sphere which was stolen from me.

Main problem: In terms of hierarchy and visibility, not much. Maybe the sphere could be bigger since the SD is somewhat competitive, but that was the best I could have done with the available foam, honestly… Perhaps from one side the SO may or may not be seen, but it’s an acceptable tradeoff (in my opinion) to maintain the rule of third and hierarchy. 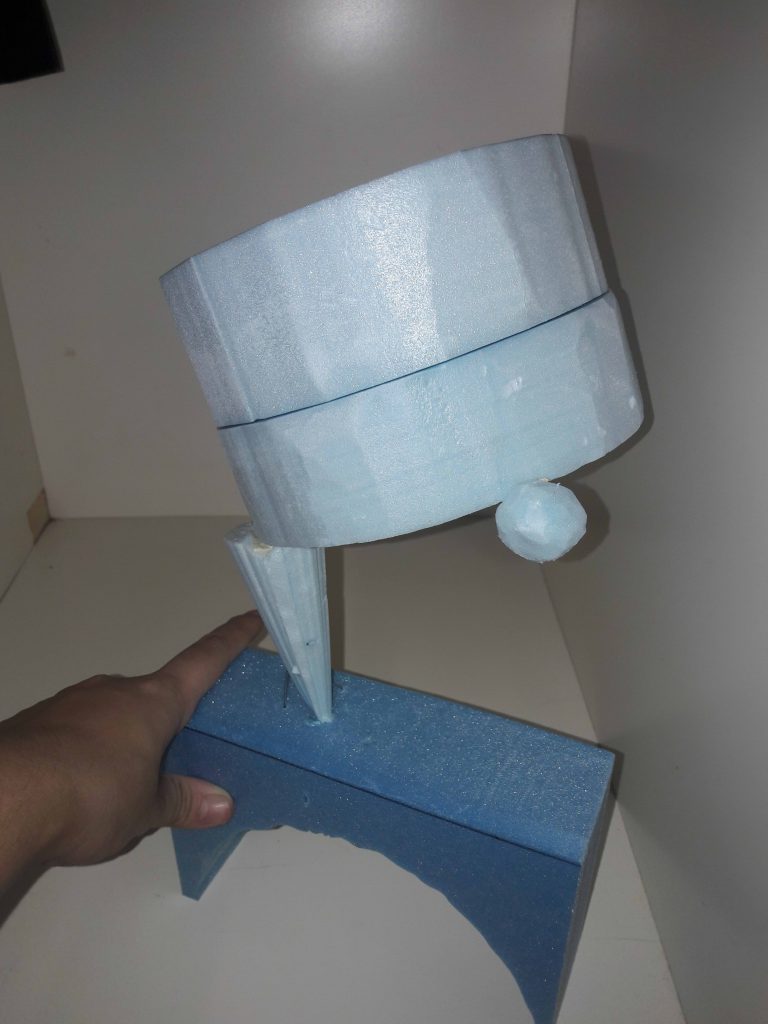 I just wanted to try having a chunky cylinder, so the rest kind of fell into place naturally. Also, the idea of the dominant kind of being supported by the SD seemed fun, especially if the SD wasn’t even on its secure base, so I just… Tried it out? The SO positioning was mostly just gut feeling as to where I felt it looked good, but I looked at it only from 1 side so it wasn’t consistently effective from all angles in the end.

For this the cylinder actually reminded me of a book I read, The Particular Sadness of Lemon Cake. (This was before the seasons and Japanese and everything happened.) I was thinking along the lines of key types of food in the book (I wont go into detail to prevent spoilers).

This was incredibly difficult to secure T_T I stuck the metal wire Cheryl gave us through the cone vertically (not the best material. it’s a little TOO malleable), then through half of the cylinder. As shown, the cylinder was formed by joining 2 cylinders, so I made a hook shape and hooked the wire through the upper half, and back through. Also, 2 wires supporting and maintaining the angle of the cone’s lean; same for the cylinder.

(Just for fun I also tried to use an arch for the base because ROMAN ART, but realised quickly that there was no point because the point of the arch is that it can support weight well, and therefore has nothing to do with maintaining the model.)

Main problem: … Actually, not much. Hierarchy remains constant, and elements remain visible from all angles. Perhaps it would be nice if there was less flat planes (caused by the gigantic cylinder, especially from top view). 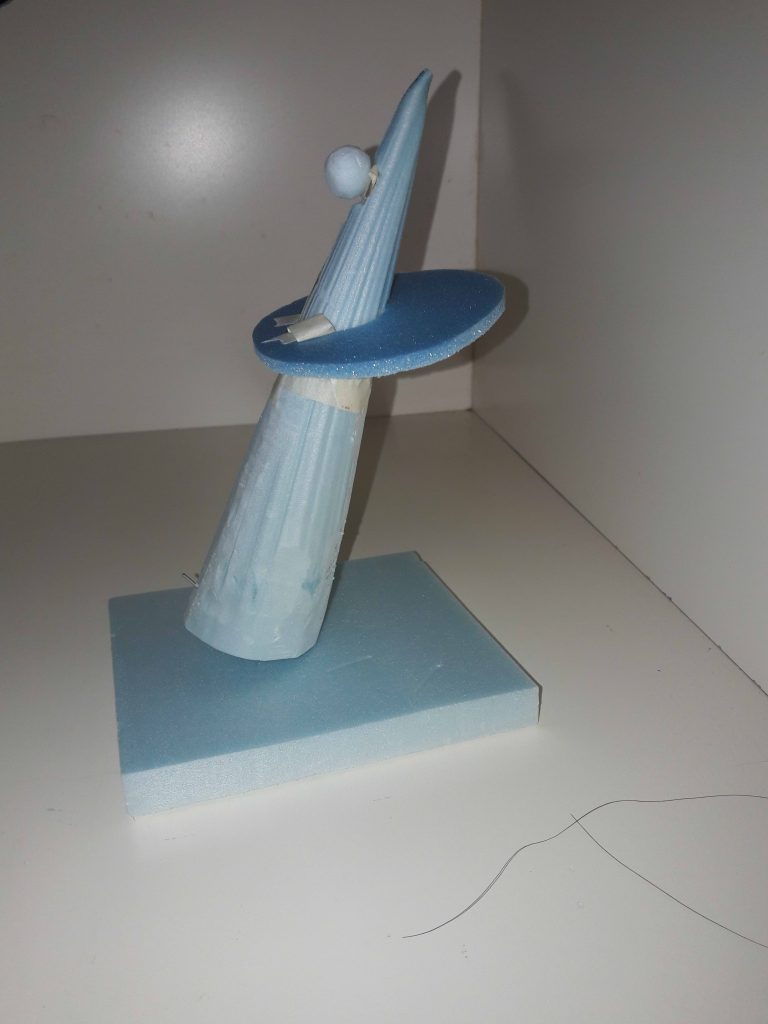 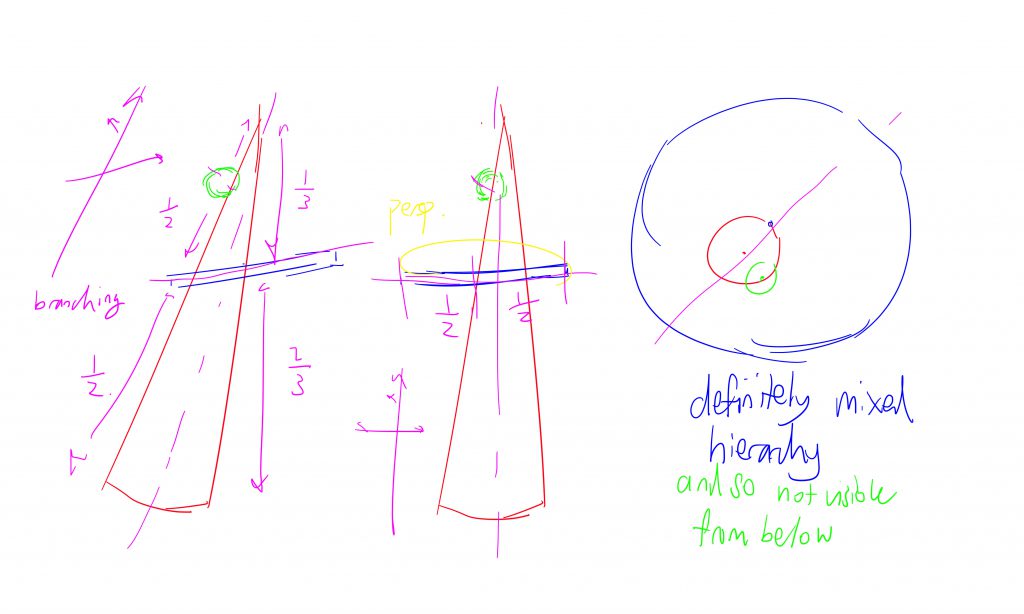 The main idea was just wanting a cone as the dominant; again, the rest fell into place then. I’m not a big fan of this model because it looks very… Normal, somehow. Like the feeling of “yeah, there’s the sense of imbalance and skewed lines, but it’s very contained”.

This was also easiest in terms of construction and support, I just used 1 metal wire through the vertical length of the cone (but it was already relatively stable).

Main problem: Consistency in angles. The tapering nature of the cone causes the hierarchy to shift (from top view); the broadness of the cylinder surface causes the SO to be concealed (from bottom view).

(EXTRA) After the Sept 15 class, discussing with my sister. It’s not really relevant, but I just wanted to show some of the early musings before the sudden mess of having to include branches, seasons, foods, flowers, etc. Most of the mentioned foods are 和菓子 wagashi, traditional Japanese confectioneries.

Unfortunately, my hamartia is lack of dexterity. I’m the kind of person who failed that one compulsory secondary school D&T module, and can’t come up with ways to actualise ideas, so… Knowing me, trying to make a giant toasted mochi will probably lead to either me losing a lot of money wasted on ingredients, an oven damaged beyond repair and/or a week’s worth of kitchen cleaning chores.