There is person named En Cui and she is an avid learner in design softwares. There are so many things that has learned throughout her time in school of ADM. She teaches herself all the things that she thinks is necessary to learn which makes her someone who is an independant, self-initiated learner. Despite her struggle with 3D modelling initially, one would usually abandon the software and not come back to it until neccessary. But for Avel, she takes the initiative to rework on improving her level of understanding in Blender, Rhino, Maya as much as she can, in order to keep herself competent design world. Avel has an interest producing  works which are relatively functional, not so much artistic/especially, that engages with the human touch. For example, some of her works include using pressure sensor, sounds and on one ocassion, for Wearable Art & Technology, she produced a customepiece with an added interactive elements such as music and colour, to fascinate the viewers. She also has in interest in Philosophy, a major she is also pursuing. Aside from her love for design, she feels that learning about the theories of human nature and how the world works, would make her a more self-aware and improved version of herself.

All works begin from the concept. That is a guiding principle of En Cui, a designer who prioritises the objective above all. While her primary major is in interactive media, she is an insatiable learner with a strong desire for self-improvement. Functionality is also a key principle for Avel, who is interested in works directed towards the client and user. As such, she pursues any knowledge which may be helpful to self-betterment, and the needs of the client. This, for example, is reflected in her self-initiated study of 3D modelling, which she persevered to learn despite her struggles. It has also paid off, where she has used such knowledge for freelance jobs in 3D production for games. Her strong principles are also reflected in her second major of Philosophy, which develops her as a critical thinker, and as a person curious about the world around us. This has also proved useful in her interactive works, where code and logic often intersect. Hear/Here, for example, combines her interest in one’s ability to connect with surrounding sounds, with mathematical programming. Such works also show a penchant for the human touch, in an effort to fulfill the artistic function of evoking emotion.

Hear/Here ~Colours of the Wind~ by Avel Chee & Elizabeth Quek 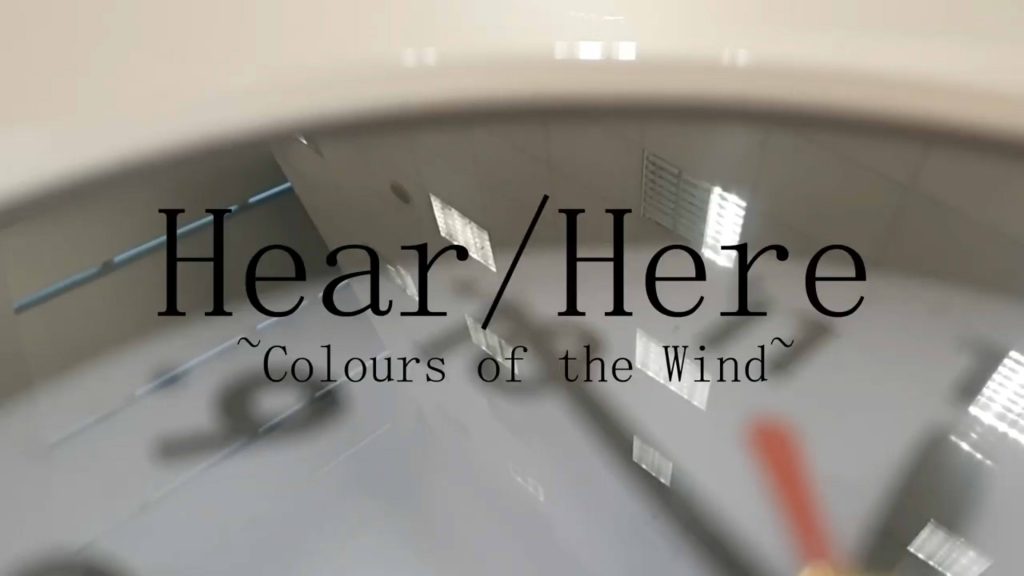 There are always gaps in noises and sounds. This project revolves around a portable device which samples the overall surrounding sound and, in response, lights up in corresponding colours. The user is thus provided easy access to information regarding the noise in their surroundings. These colours also vary with time. The colours are based on a calculation where ‘red’ is volume , ‘green’ is octave-irrespective pitch and ‘blue’ is octave-relative pitch; the numerical frequencies of sounds are converted into RGB values for the device. An array is also used to convey the movement in sound across time, where the information in the array is eventually overwritten in time.

3. Resume, which is very outdated, at this link: http://ecxiya.sessya.net/en/cvresume.html By all rights, this should just be another useless Japanese comic, made only for entertainment and nothing more. I initially picked it up only because the art style was beautiful, and I desired to emulate it. When I read it, however, I resonated with many of its themes, and cried at certain points. It was thanks to this manga that I realised art could have meaning without tangible practicality, especially in relation to emotions and sense of self.