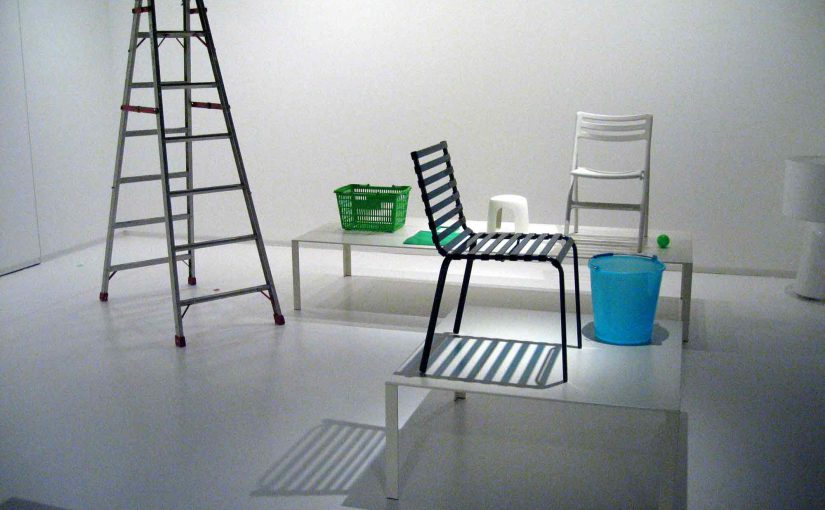 From the chairs of our classrooms to the buses on the roads, there are many designs which have become “normal” to us through exposure. We do not question the design, nor where it originated. We instinctively reach for the folding desk arm on the right, and find it disquieting to feel nothing there. It is simply what it is.

“These are objects that make you smile, that demonstrate a high degree of functionality,” Franco Clivio, an artist enthralled by everyday objects, once claimed.

Objects from the Super Normal movement are no different. As observed by Silvana Annicchiarico, designs belonging in this movement are “defined by something that is not present. Or something it doesn’t have”. Where normality is recognised as a hallmark of superior design, the designer’s personal style must be eradicated, so as to prevent expression from overwhelming function. Instead, the design is to be defined by the culmination of human experiences, such that its usage becomes a naturally-developed process that is instinctive and unconscious.

A modern movement predicated on the philosophy of phenomology, Super Normal was only formally conceptualised in 2006 by Naoto Fukasawa and Jasper Morrison. Fukasawa aptly summarises the objective as “the continuation of a good relationship that has been around for a long time… than anticipating something new”. Where design often goes through a cycle of expansion and compression, Super Normal tends towards compression, in removing what is unnecessary to leave only what has been established by phenomena. Some may consider this a traditionalist approach which rejects innovation, though it may also be lauded for tackling modern problems of excess and chaos caused by a surplus of individualistic designs.

Regardless, this movement consequently encourages designers to be “less concerned with the visual aspects of an object’s character, and… anticipate the object’s likely impact on the atmosphere and how it will be to live with” (Morrison, 2006). As suggested by his words, the physical form should not be the priority, where it is but a consequent of how it should be engaged. This is in direct contrast to many design movements which boast unique visual styles, such as Memphis, which prides itself on its colourfulness and geometry. This does not, however, cause Super Normal to fall into a category of “soulless design”, as feared by Memphis advocates. The experiences of many provides the Super Normal design with a longstanding relationship, such that it has a soul derived from intimacy and recognition, to the extent that it has “become invisible” (Fukasawa, 2006). As such, it can be argued that Super Normal has a superior soul in having been formed by group phenomena, as opposed to the individual designer.

Despite its dependence on phenomena, one can still consider Super Normal as a “form follows function” design approach. This is because functionality is, in fact, derived from human experience. The pencil is shaped as it is because human experience has determined that such a form gives rise to the best way to hold a pencil. There is nothing which prevents said human experience from evolving, and giving rise to a new form with a better way of engaging the pencil. While Super Normal does not concern itself with shaping such new relationships, the movement emphasises effective existing relationships. If a new relationship becomes the norm, Super Normal would likely not reject it, and instead seek to preserve it.

It must be noted that, as a result of said functionality being dependent on human experience, Super Normal designs are fundamentally context sensitive. Many examples listed in this essay are not universal, and are ordinary only in certain contexts. For example, candles are unusual in Singapore, but not so in the Netherlands. Super Normal designs thus have a predetermined universe of discourse in which said designs are effective, and are otherwise ineffective.

With all this in mind, it would not be a stretch to claim that this movement existed in some form long before its formal inception.

Informal examples might include products which we often see in our everyday life, which have become so ordinary that we rarely question them, such as paperclips, egg cartons or sponges. Though subtle variations exist, from elephant-shaped paperclips to the inclusion of a hard layer on the sponge, it is often easy to use them effectively. This is simply because the form is often so universal that we will always intuitively know how to operate it. Certainly, too, these examples predate the formal naming of the movement.

Elements of Super Normal are also vaguely suggested by other formal movements. Mingei (民芸), which means “arts of the people”, venerates everyday objects created by anonymous craftsmen for the purpose of functionality than beauty. Minimalism encourages the philosophy of “less is more”, through the reduction of objects to only the necessary elements. The difference, however, lies in what is ultimately considered superior design: Mingei considers superior design one which is touched by the craftsmen’s rustic simplicity; minimalism, one which is strictly functional and without embellishments. Super Normal endorses neither, where superior design is derived from the normalcy attained from human experience alone: rustic charm and functionality are only accepted if it is part of the universal norm.

An even earlier influence might include the Industrial Revolution. Due to rising consumer demand and a change in manufacturing processes (from artisan-based to machinery-based), there was a rise in mass produced objects with uniform designs. These designs would have been created in a way that it could easily appeal to anyone, and efficiently enough to reach anyone as well. An example would be Thonet’s No. 14 chair, which is now so automatically associated with cafes that, even without a name or designer, it is intuitively known and universally accepted as the bistro chair. Though it is debatable if designers then actively saw normality as superior design (thus distinguishing it from Super Normal), they certainly championed normality as efficient and functional.

Especially in the clutter of modernity, normalcy is essential to retaining our sanity. That we are all constantly engaging various different objects without suffering sensory overload suggests that Super Normal is unconsciously and inseparably integrated into our everyday lives. Perhaps it would be worthwhile, then, to appreciate these things, which discreetly support us daily without expecting any form of recognition.