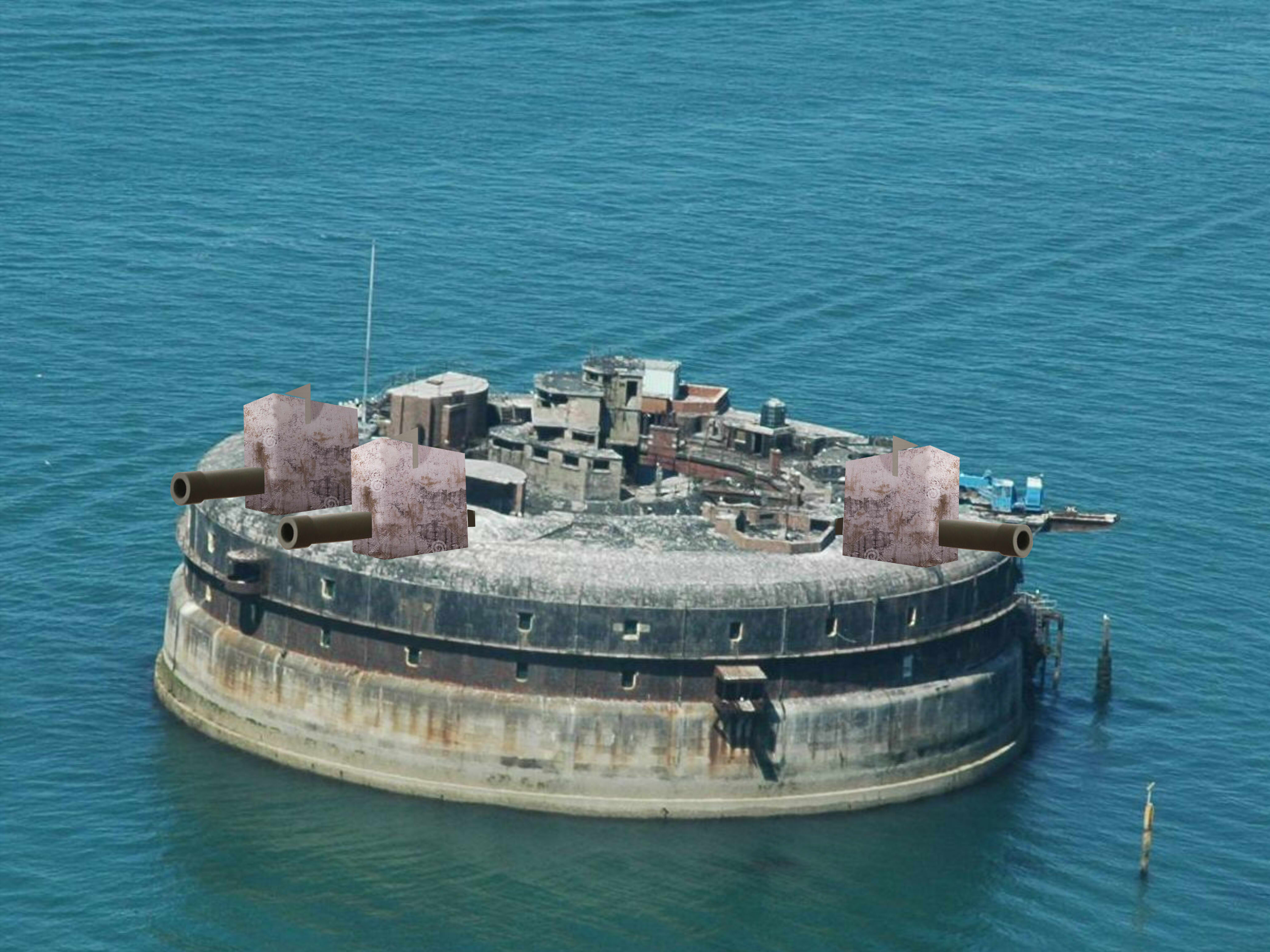 My final model was based off the 2nd model in this post. I increased the overall size since I realised that the reason why I couldn’t adjust the dimensions of my boxes (lest they have “similar lengths”) was because they were all too small. The final dimensions were about 10×9×4, 19×1.7×1, 6×3×0.1 (cm).

I guess the moral of the story is to take everything with a pinch of salt. A piece of advice followed may resolve the current problem, but raise new problems… T_T

Verily summarised version (see aforementioned linked post for more details on actual selection of boxes and reasons for joining together in certain way):

The overarching idea was that planes are just a unison of many lines. Hence, the idea was to use a “transparent” frame, to see inside where many lines cross each other randomly.

Wire mesh was chosen for the fact that it was the best material for providing anchors to the lines (through the holes), where I could make the lines out of fishing lines, sewn in with a needle, while still vaguely giving that sense of lack of mass. I also used the same material because I personally feel that, more than being separate axes, all 3 axes are fundamentally the same (especially in that X, Y and Z are interchangeable terms.)

Fishing line, joining all of them together, was meant to re-emphasise that unity, while having the fishing line somewhat not visible as well to add to the lack of mass.

(Will update later when I have access to my journal, a page on contemplations of techniques to get what I want with acrylic) I also considered acrylic, which would have fulfilled the transparency criteria much better, but mostly discarded that idea by virtue of that I couldn’t think of a time and cost-efficient way to use acrylic, especially since I have zero knowledge of it as a material. At least wire mesh was malleable. And had in-built, evenly spread and decently-sized holes.

Other ideas also include: elevator (SD as elevator shaft and D as elevator), lever-pulling-based exercise machine (SD as lever with elastic wire attached to SO)

(to form the lines inside)