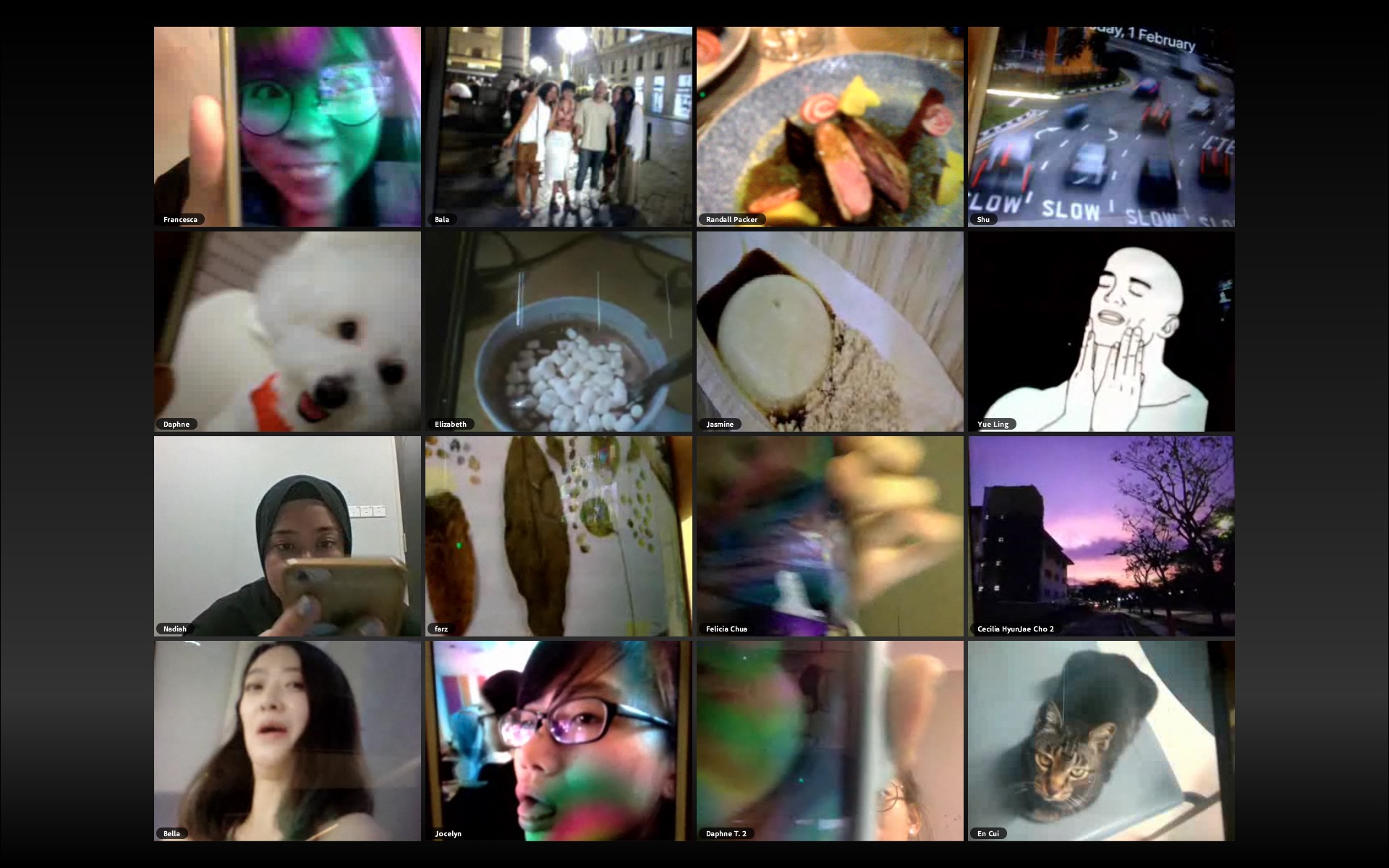 The keyword Randall Packer emphasised upon was “negotiation”: our adjacent positions on Adobe Connect made it important to collude with each other in order to achieve the various tasks assigned to us. It takes a while to reach that conclusion, especially where negotiation often connotes the act of “discussing” to reach a consensus, which did not quite happen (as opposed to natural adjustment on everyone’s parts).

Nevertheless, it was a pertinent point to bring up. It’s easy enough to “negotiate” because these are trivial enough that we can autopilot to fit each other, but days will come when we’ll have to “move aside” and make changes even if we don’t want to. Or even force others to, if it’s not something we can budge on.

It’s almost disconcerting, regardless, that this is something which is unique to this specific way of framing the spaces we inhabit.

For example, holding up something pink in real life would not work because we can still see everything else around us. On the other hand, the nature of the small scale frame makes it possible to make the pink the only existence in our space. Imagine 16 people holding up pink objects in real life, versus here. Surely, the pink becomes more overwhelming in this third space we all share together, because it becomes all of reality.

On a somewhat unrelated note, the layout of screens triggered a distant memory of a video I had watched before, and so I’ve finally re-found it.

This 2016 video shows a debate chaired by Professor Michael Sanders on the topic of national borders. In an interesting twist, however, the panel discussion involves 60 participants from over 30 countries answering in real time, bringing a myriad of opinions, shaped by each individual’s experiences in their various cultures, to the table.

(BBC appears to have a running series of these kinds of debates, which can be found here.)