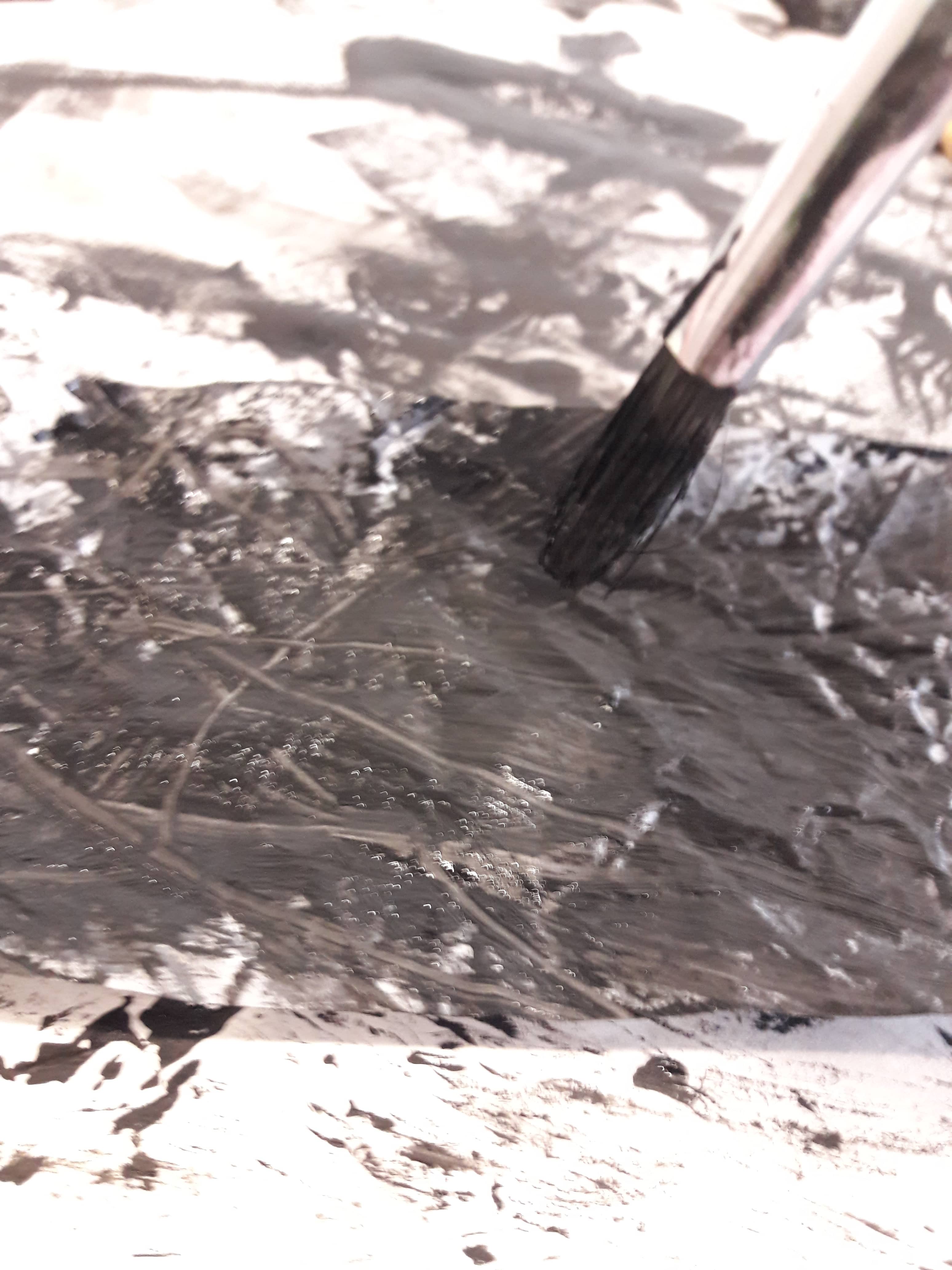 I’m unfortunately a very trigger happy person (this always, inevitably works against my favour), so all emotions focused a lot on natural forms, where I didn’t control much as opposed to trying to aim for a certain state while making, and letting the marks turn out as is (as long as it generally looked ok).

The key ideas were both of these:

With three defining criteria, I decided to try to represent feelings sharing similarities, and work on using the contrast between both to bring out each other. Also just that 3 criteria and 6 emotions meant 2 emotions would have to share the same spectrum anyway. The linking quality is typically the paper, and the general shape of each mark.

Consequently, the final emotions were as follows:

From left to right, up to down: Love, Anger, Shock (Fear), Shock (Surprise), Bliss, Melancholy

Both are on tracing paper. I wanted to try gouache/cold-pressed watercolour paper for the texture and whiteness, but it worked really badly with crushed paper (what I presume is named froissage). Seeing ink seep through the tracing paper, I decided to go with that instead, firstly because aforementioned would actually worked, and because the idea of anger literally overflowing and staining was kind of interesting to me.

The key term is intensity, where these feelings are immense and overpowering. (As a byproduct, neither were renamed, since I couldn’t find a better word to describe this all-encompassing emotion.)

Both are on cartridge paper. I wanted to emphasise the intensity and shortlivedness by having very white paper to show the contrast between feeling and unfeeling. (The paper scrunched up and made it difficult to paste the lines though, especially where if I bent it excessively rice would fall off.)

The key term is frequency, where they’re of a relatively strong but short-lived nature, e.g. a jumpscare. (I opted to use shock for both purely because I have literally never felt surprise without some form of fear.)

Both are on newsprint paper. This paper was vaguely not-white, which I wanted for the dullness of the feelings.

The key term is prolongation, where emotions are mostly dull and weak (i.e. the after-effects of a trigger event, or unconsciously occurring feelings).

Overall, I think Joy was perfectly right in talking about craftsmanship when it comes to me. On a physical level, I never quite figured out how to flatten the paper while keeping the rice still stuck in place, and on an intangible level, I still feel like I couldn’t express what I wanted. Partially because my definition of abstract involves the absence of recognisable forms, or of representative qualities, as opposed to absolutely indiscernible forms, partially because I probably didn’t study or experiment enough, partially because my technical skills are w e a k. I suppose for the next project I should set my standards lower considering I don’t have enough technical expertise to actually meet whatever unreachable definitions I will set, and get over my general skepticism for copying artists.