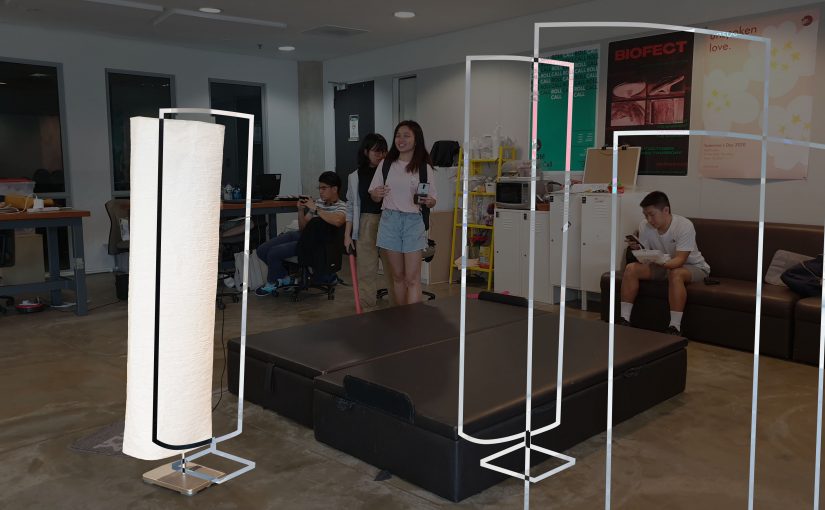 There is more link!

Comments that the concept lacks a physical form are absolutely right, so I’m taking more time to think.

The path to resolution is either escapism, by eliminating either the self or the other, or acceptance, by allowing both without compromising either. To make a work is already a violation of escapism, so I think I have to leave behind the “detached observation of public objects”, since it was fundamentally based on an attempt to run away. To go back to the starting point: how can the work focus on creating acceptance?

THE THING I’M THINKING OF DOING

A means to that end is to reduce apprehension of the other, or yourself, or both. That apprehension from fear of compromising others, and fear of compromising yourself, which in turn comes from imperfect information about others and yourself. Simply put, a work which tries to reduce imperfect information about yourself and/or others.

The related idea I had was to take on the perspective of someone else. To this end, I felt that it would be easiest through a dream. After all, one becomes fully immersed into that environment, into that perspective, without even questioning it. It’s pretty common, to have dreams where you’re convinced that you’re someone, even if you’re physically and characteristically utterly different.

So, a dream of being someone else would allow me to understand more about them, because I get to see things as they are. Also, becoming them would mean that they are also now me; that, in turn, reduces apprehension, where the “other” is also the “self”.

A similar concept is a fictional framework from Remember Me (2013), which features SenSen 6: an attachment at the nape of your neck which stores memories. The game revolves around being a hacker who can access and modify that data, albeit from a 3rd person perspective:

Making a dream is impossible with our current state of technology. That would be the ideal form, nevertheless: that sensory data from the perspective of someone out there is collected. When one goes to sleep, that sensory data is inserted, and perceived as a dream. Upon waking, you’d realise that you were in the perspective of someone else, someone real. That understanding, and unification of the “self” and “other”, should help to bridge that apprehension of others.

It may become possible in the future, where scientific studies into dream visualisations are ongoing. For now, though, I may still have to lower the bar even more.

If you can’t influence dreams, the next best thing is to make people believe that they are in a dream, and receiving sensory data from a real person.

To this end, the best possibility is virtual reality. People have claimed that waking up in VR provides a particularly immersive experience, where they will truly believe whatever they perceive to be real. Additionally, virtual reality is already a very popular medium for developing sy/empathy, through allowing the adoption of other perspectives.

On the receiver’s end, they could have the physical experience of being in bed, as usual, but wear a VR headset. This will definitely be strange, where VR hasn’t progressed to the point where it’s intuitive and lightweight. That’s all I can do for now, though. There’re a lot of issues with this, though:

On the sender’s end, they could probably just go about their normal life, while having a sort of capture system attached to them. I guess this would make the relationship quite asymmetrical, where the sender doesn’t really get anything out of this? Again, issues: 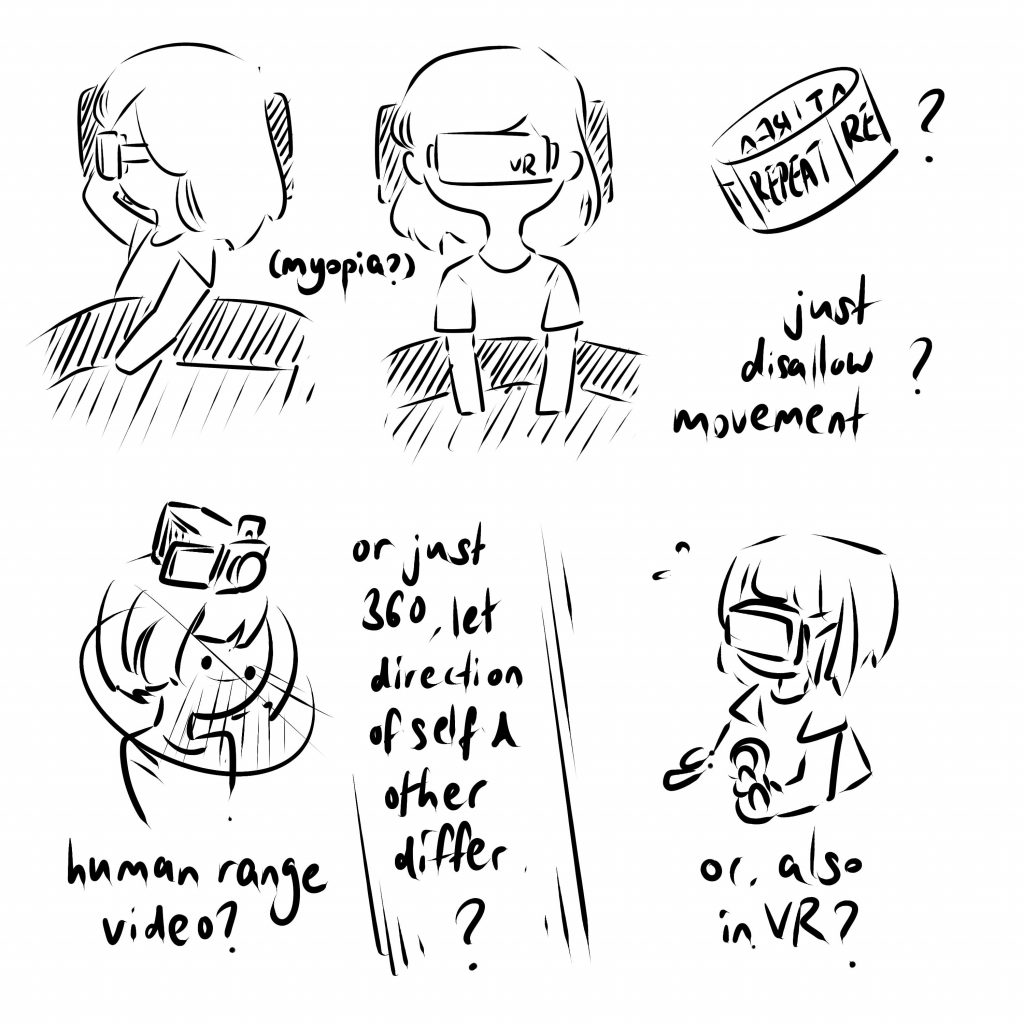 As mentioned, its stylisation as a “dream” makes the work very subdued. Little is required of the sender but to live as per normal, and little is required of the recipient but to observe it. I’m not sure what to feel, about this limited form: it’s essentially just a fancy way of describing “watching a first-person live stream”.

Another means to that end which I considered is exemplifying that there is no choice but to get over it, because the ability to co-exist harmoniously is necessary to existing. But, I don’t really like this, because it’s about external influence: forcing you to accept just because there will be negative consequences.

The related idea I had, nevertheless, was a co-op Escape Room: you’re stuck in the same room, but both of you can see different things, and must combine your clues to escape. Simply put, that both the self and the other is required. Related examples are games like We Were Here (link), and Keep Talking and Nobody Explodes (link).