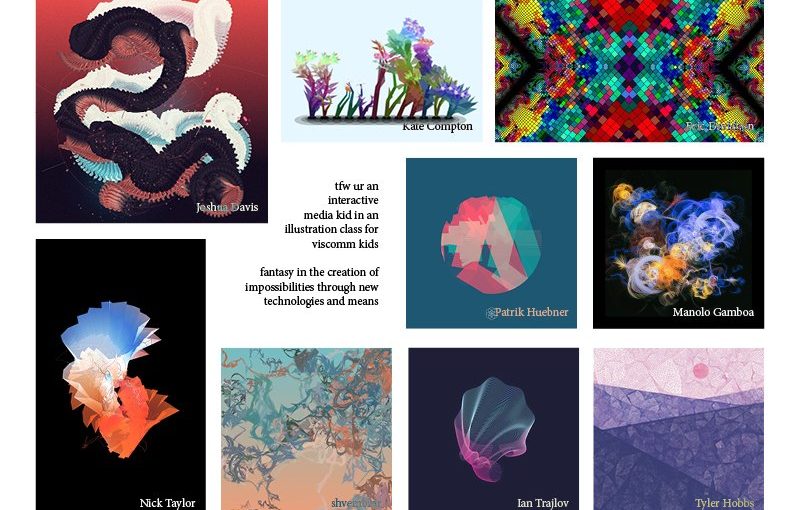 I took a slightly different approach, starting with concepts than visuals, since my forte is in critical analysis. Here are examples of the numerous false starts I had when I tried to subvert my typical way of project development:

After which, I tried to take into consideration what is required of a cover illustration for Varoom.

Since I chose the topic of Fantasy, I thought about what Fantasy would mean to all illustrators. Where fantasy refers to the “imagining of impossibilities”, the conclusions I came up with were these:

While I sketched thumbnails for both, I fully intend to go for the latter. This is because the former may be an insight into illustration, but it’s nothing new: we’ve long established the benefits of those basic elements. Computer generation, on the other hand, is definitely something new to the industry, and thus provides a fresher insight.

Based on that, Lisa also suggested the works of Joshua Davis, a generative illustrator. So, here’s my finalised moodboard: 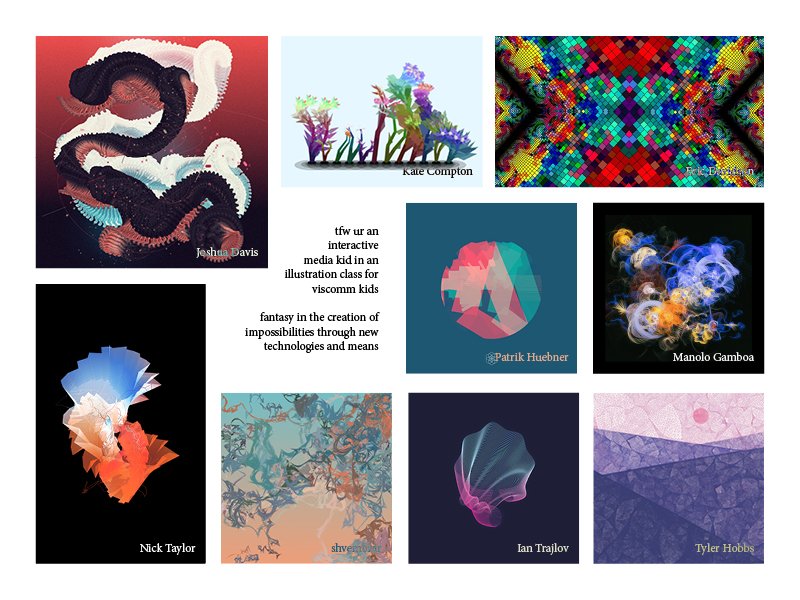 Alternatively, it may even be more worthwhile to create a prototype directly in code.