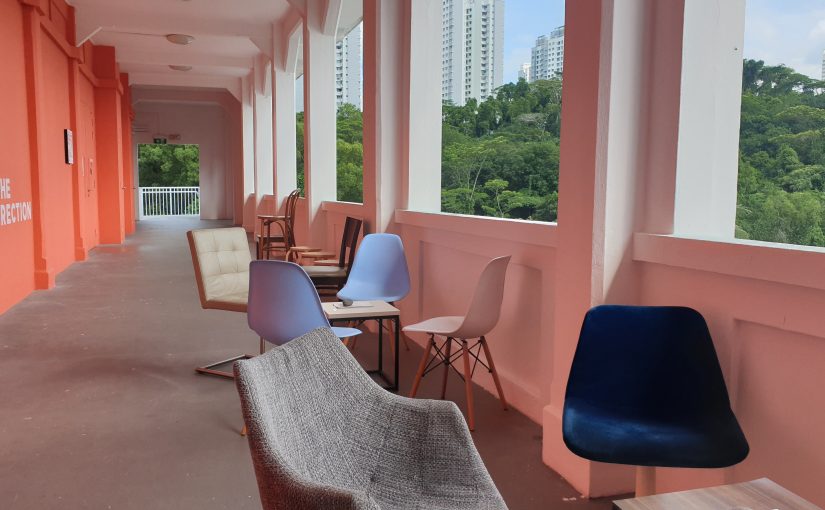 A lot of the artworks were “interesting”, “cool”, and “pretty”, such as Sokchanlina’s Letter to the Sea. That’s about it, though.

I’m very sorry for being uncultured trash, but in my defence, most of it felt like creative documentations, without even a desire to drive people to act upon the tackled issues. All we really do is watch, and lavish praise unto it, without even needing to care too much about how nature is being eroded, or how communities are marginalised, et cetera.

I think that’s alright, where life would be tiring if everyone was constantly trying to make you think (and feel) the way they do, anyway. A side note is that something like a pop-up museum at the train platform would be pretty cool. After all, that would be an easy way to “be seen”, since little engagement but “looking” is needed. It’d really change the way people treat mundane moments like transit, too.

In any case, because of that, I found, may she rest in peace, Juliana Yasin’s work more intriguing. What she presented was Tali Timba (2009) and For Peace and Togetherness: Tantejules dan Pemuda Inisiatif (2010). (link)

Unlike the rest, her work was an entire experience which seemed made for the space it occupied. You can barely tell that it’s an artwork, where it just seems to be a sitting area along an aisle (not even within the gallery!), with background music not unlike the kind you’d hear at a casual hangout in the nighttime. 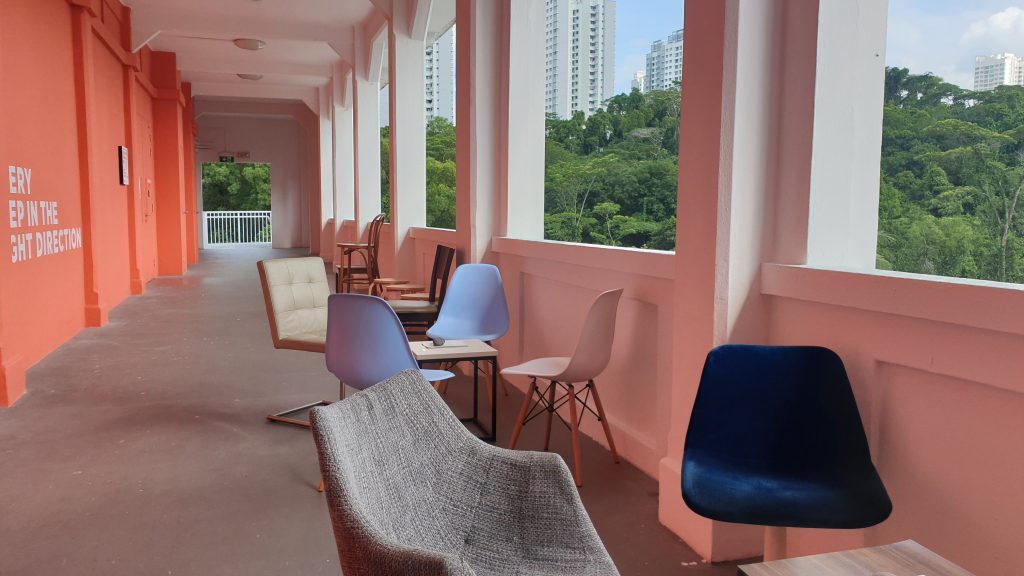 You only really realise that it’s the music which is the artwork when you read the wall plaque. It’s also supported by the lyrics booklet on each tablet, held down by a stone. I think that’s a plus point: most works demand your full attention, in forcing you to watch it, or interact with it, so on. This work, however, encourages you to just sit back and relax, with the music as a background accompaniment, than something to pay attention to specifically. For example, I ended up sitting and chatting with Dan Ning & Ying Hui about things that were totally not relevant to the artwork at all. 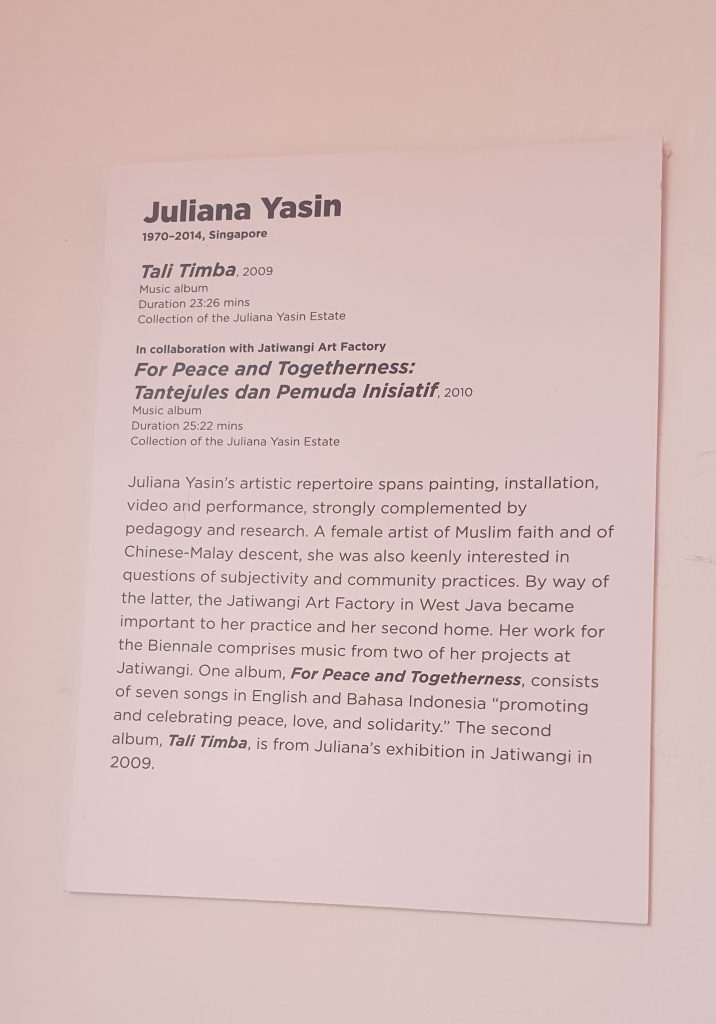 It’s nevertheless still easy to feel the vibes coming from the music, which is quite low-key and country, the kind of thing you hear on the streets from a random busker. That’s enough to get the intended ideas of peace and harmony across, especially when matched with the pretty pink of the corridor, and the view (which is, admittedly, not very good, since the wall is too tall to see much.)

Knowing the context also helps, where her artwork was created in relation to the Jatiwangi Art Festival. Said festival is about celebrating “contemporary art as created within everyday life”, making her music a homage to the less-urbanised life of those living in Jatiwangi. As a result, some of the lyrics are in Bahasa Indonesia, catering to the ethnic Malay population.

It might thus have benefitted from being presented at the nearby cafe and/or ice cream place instead. When we went there, there were many people chilling and drawing. Surely, there would have been a greater audience there, than where it was located, in a place where people wouldn’t really stop.

Thinking about this and Celine’s Spatial Composition 13, it may be the case that I’m subconsciously leaning towards an FYP which “supports the exhibition”, than an FYP which “demands attention”. After all, a lot of the entire FYP exhibition is about presenting what each student cares about, which forces the audience to become invested in everything. As such, I might want to make something which reduces the information overload, than add to it.

I think that’s something I care about: filling the spaces which need to be filled. But that’s also hard, because I’m still pretty selfish: if FYP is about showing what each student cares about, I’m very sorry to say that I may or may not care more about having my own space, than working with gaps in others’ spaces.

Also, something like that would require a lot of coordination: I’d need to see what everyone is doing, and observe what kinds of issues people usually run into at FYP exhibitions, to try to make a solution.

I’ll think about it more.