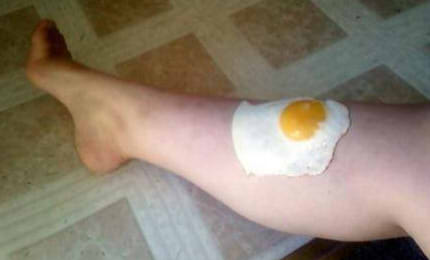 Some drafted ideas. I did 4 panels only, because most of the ideas are generally static and meant to focus on details than huge movements.

I thought the rest were vaguely boring, so I decided to go with Legs. I like the idea of the subtlety of legs suggesting something about character, anyway. (But I did it after class because I’m too shy to ask classmates for help and the only people I can shamelessly ask for help are my choir mates. rip)

I cropped this 30 seconds out of about 5 minutes worth of video. I learned a lot about the people around me just by looking at their leg moving patterns. One guy, for example, claimed that he has a bad habit of shaking his leg, but only when he’s doing homework and not when eating. Also, no one I video-ed crosses or puts up their legs, which is… Markedly different from me.

The one featured in this video was the most expressive girl, who adjusts her legs a lot while talking animatedly. She also seems to have some form of discomfort, lifting and lowering her heels slightly.

You know it’s gonna be good when the title sequence summarises the entire show for you in 30 seconds.

It looks fun, but I’ve never tried. A game about saving the world in 30 seconds.