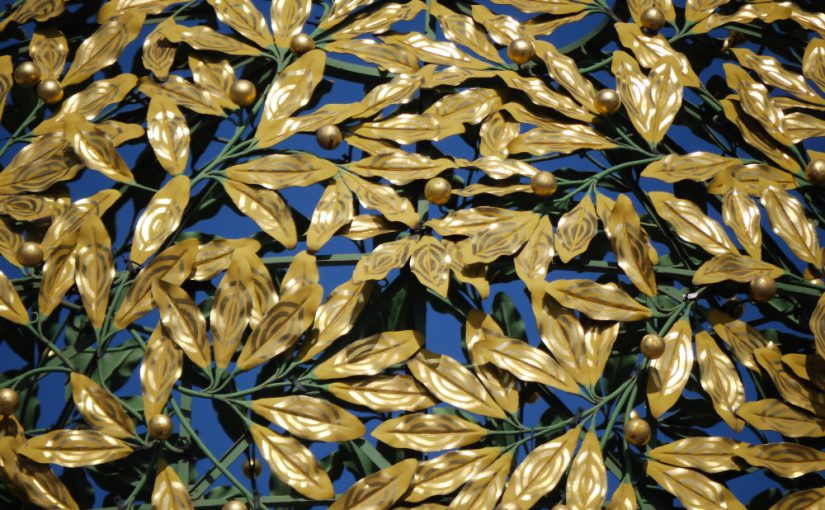 When the Industrial Revolution took place, there was an increase in the manufacturing productivity which formed a pool of higher-class citizens who were economically powerful enough to acquire a large amount of manufactured products. In turn, it also led to an increase in citizens in labour. However, people in labour faced low wages and poor working conditions which eventually led to lower quality products being produced. Thus, Design Reform came about so as to create a standardization of taste and order of the manufactured products. As presented, I will be mentioning four movements involved in Design Reform, the Vienna Secession, Wiener Werkstätte, Deutscher Werkbund and the Mission Style.

The Vienna Secession is a contemporary art movement founded by Gustav Klimt in 1897 in Austria. Secession refers to the withdrawal of a group from a certain entity which in this case is the conservative nation Austria was. It is known as Austria’s version of the Art Nouveau movement or a development of it. Alike Art Nouveau, the Vienna Secession is a movement that embraces a wide range of art mediums and styles. A lot of art from the movement also has features from the Art Nouveau movement which I will elaborate on later.

Unlike Art Nouveau however, the Vienna Secession does not have a particular style that unites the artists in the movement. This is because of the very fact that it embraces a mixture of any art styles to create new contemporary art. As mentioned, Austria was a nation that was highly-conservative and traditional. Gustav, along with other discontent artists who wanted to explore the possibilities of art outside what was conventional at that time. This art movement was essentially to push boundaries and be free from traditional values and tastes. However, the movement does not necessarily reject old traditions, it more so believes that modern art can co-exist with traditional art.

The movement was also influenced by the Japanese art and design. A lot of the Secessionist painters liked to use exaggerated vertical forms which are flattened, spatially-deep and three-dimensional, akin to the Japanese style. In fact, Secessionist painters appropriated Japanese prints on elongated posters as seen in the image below for their 6th exhibition where the whole show was dedicated to Japanese art.

The goals of the movement were to provide exhibitions for unconventional young artists, and to publish its own magazine or journal to showcase works of its members.

Above is the cover of the first issue of the movement’s very own magazine which featured different genres of works from different fields. ‘Ver Sacrum’ translates to ‘sacred spring’ in Latin. The graphic portrays a planted tree with roots breaking out of the container. This is symbolic of the movement as it refers to people breaking away from old and contained traditions to create a new group of art. The magazine featured graphic design, illustration, typography and more from different artists involved in the movement. This very magazine gave rise to the movement and put Austria on the global art platform. However, magazine production declined in 1903 due to the lack of funds. Furthermore, the number of subscribers also eventually decreased.

Around the same time, the Secession Building shown in the image above, was built. The building is considerably the icon of the Vienna Secession and is said to be its permanent visual form. It was built by Joseph Maria Olbrich who was an Austrian architect and the co-founder of the movement. The building was used as an exhibition pavilion to display mostly artworks from the movement but also included foreign works.

The building features a range of symbolism such as the golden leaves that cover the dome above the building.

Details of golden leaves covering the domeAbove is a detailed image of the golden leaves which can be seen as ‘breaking out’ of the top of the building (the dome) which represents art breaking out of the constrained space (the building) which refers to conventional and stagnant art. This again, brings us back to the idea of the movement which is moving towards creating new contemporary art instead of being held back by conventions and traditions.

Through both the artworks, magazine and building we can see how the movement was accepting and not discriminatory towards any experimental art styles and usually utilized a mixture.

Wiener Werkstätte is a movement found in Vienna, Austria as well in 1903 by Koloman Moser and Josef Hoffman. The name translates into ‘Vienna Workshop’ and as the name suggests, it was basically  a workshop where visual artists are brought together including architects, artists and designers working in ceramics, fashion, silver, furniture and the graphic arts.

Evolved from Vienna Secession, it also emphasizes on complete artistic freedom which led to the creation of many innovative products which eventually became the standard for Austrian design. -Unlike other art movements however, creators did not seek to create accessible or practical art but instead,  the group focused on the highest quality craftsmanship and materials for the socioeconomic elite.

The Sitzmachine Chair seen in the image above is the best-known piece of furniture produced by the Wiener Werkstätte. We are able to see the function and construction of the chair without sacrificing its aesthetic appeal. At the side of the chair for example, there are slit-like openings where none of the lines end in sharp corners but instead are rounded which suggests the idea of a well oiled and harmonious machine. The chair is also notorious for being anything but comfortable which thus reflects the nature of the design movement’s practice, where function was usually sacrificed to aesthetics when it became impossible to accommodate both.

Deutscher Werkbund was less an artistic movement but more of a state-sponsored effort to integrate traditional crafts and industrial mass-production techniques. It aimed to put Germany on a competitive footing with England and the United States. It hoped to make Germany more competitive in global markets. Deutscher Werkbund which translates to ‘German Association of Craftsmen’ was started by Hermann Muthesius and a group of other intellectual artists who proposed for industrial crafts from the arts and crafts movement to be revived as an enterprise.

The Werkbund’s objective was to come up with good designs and craftsmanship for mass-produced goods. The form of each piece of work was to be determined by function and had to be simple, free of ornamentation. The artists wanted to make only functional and practical pieces which is the total opposite of the Wiener Werkstätte.

As you can see in the chairs shown above, they are all very simple and functional yet still holds a sort of artistic expression. This was because The Werkbund was split into two factions, one being the mass-production faction and the other, maintenance of art form which is why pieces from that period still manage to hold an aesthetic appeal to them. They still look interesting without extra decorations or accessories.

Furniture pieces alike the ones from the Werkbund are very much evident today as seen in the latest catalogue of IKEA seen above. We have taken inspiration from the simple yet functional forms.

Mission style is a style of architecture created in the late 19th century in New York by a man named Gustav Stickley. It is said to be America’s version of the Arts & Crafts movement. It is basically a popular manifestation of the arts and crafts movement.

The style is characterized as simple, casual and comfortable. It is best known for furniture that features geometric lines and flat panels designed to celebrate the beauty of wood grain, especially oak. Having said so, most of the furniture feature an earthy colour palette. Mission style is also steeped in the belief that good art and design could reform society and improve the quality of life of the maker and consumer alike. The creators were very much concerned with promoting the value of honesty and satisfaction in craftsmanship so to them, the process and product are equally important.

Mission style furniture feature a distinctive style that includes a mixture of Arts and Crafts, Spanish Mission and American Southwest influences. Most of them have plain surfaces and very little ornamentation. The beauty is reflected in the elegant and spare simplicity of style. It has natural aesthetics because it is mostly made of wood, with horizontal and vertical detailing.

Practical and and in a way, unpretentious, the drawer above is a great example of a Mission style furniture. Due to the geometrical formation, Greene brothers were able to fit in a higher amount of drawers in a single space which makes it more practical and efficient.

In conclusion, I believe that Design Reform continued to evolve over the years but at the same time, is cyclical. Design today does not only pull ideas and concepts from new styles but also the ancient and traditional with the intention to reinvent. Designers are constant trying to redefine the capabilities of design and we will never completely forget art of the past to be completely modern. It will always be an intertwine between the two.