I basically fell in love with the treshold button because that’s what happened to most of my graphics. For the first design I worked with was from

They called it a “Royale with Cheese”.

They were referring it to the burger at first and I was thinking of I can incorporate a narrative into the design. But we had to take the quote entirely out of it’s context, thus I followed with the cheese as the final composition, although cliché and direct, I liked how the mouse came out. I also printed this as my tote design. 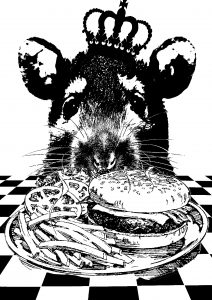 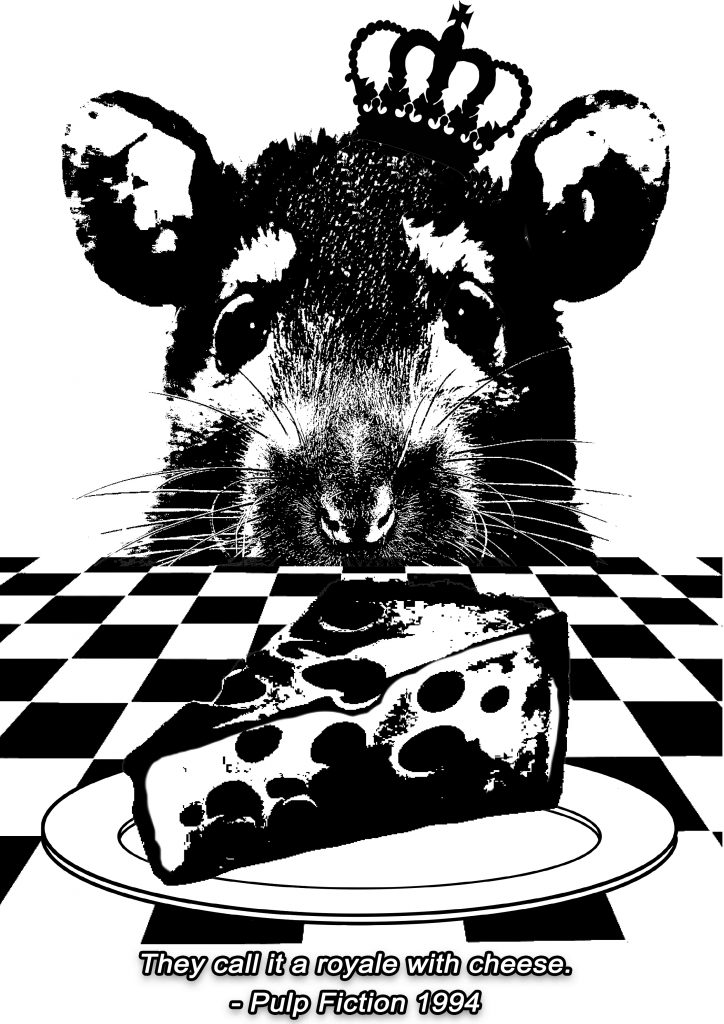 I was trying to go for a children book’s style, I treshold the mouse’s parts separately, overall I liked how it came out.

You are tearing me apart, Lisa! 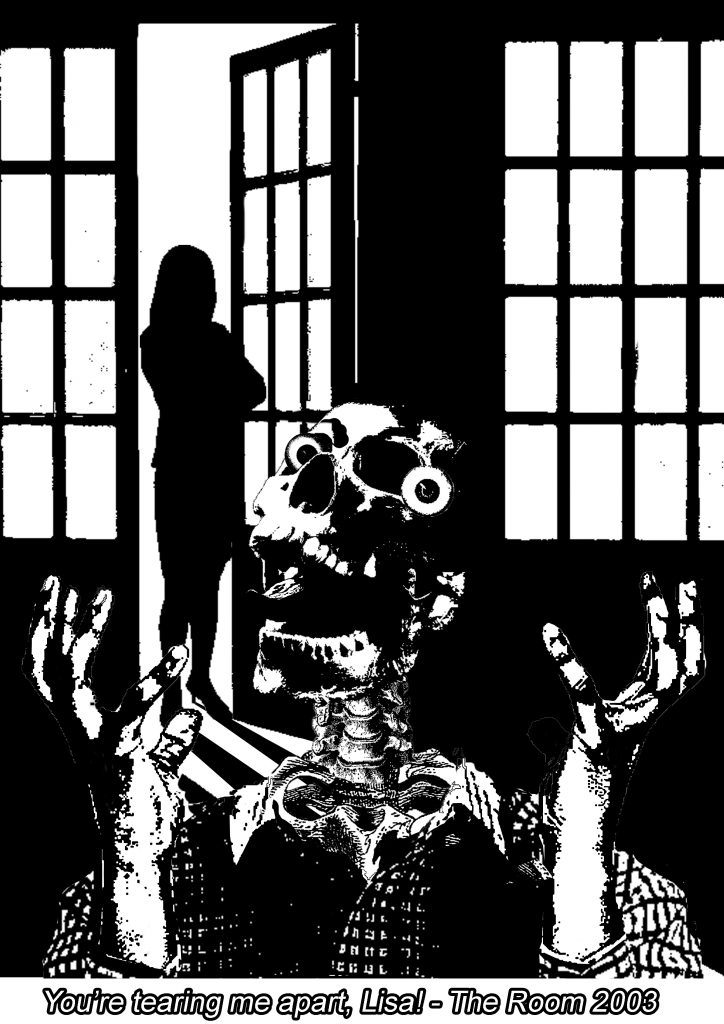 I pictured a skull keeping his mouth ajar while expressing his disdain, but to show the tearing him apart from his flesh to his bones, I just  added some essential organs such as the mouth and the eyeballs. Also added a silhouette of a woman and a doorway to add to the dramatic effect.

There is excellence all around you. You need only be aware to stop and savor it. This is one of the most difficult quotes I have had to deal with, due to the fact that it is so general but it has some relation to food or the ‘yummy’ factor. I thought it should encompass ‘life’ as a whole and somehow, this person was enjoying herself, while consuming ‘life’. This licking an ice cream idea definitely gave a subtle yet direct meaning of what I wanted to say. I used theses images in this collage design. 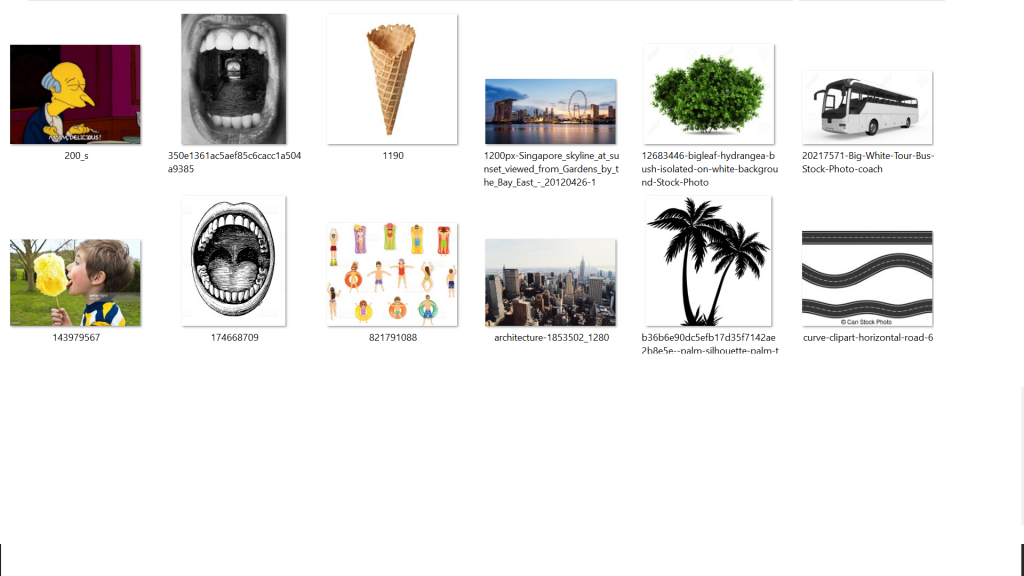 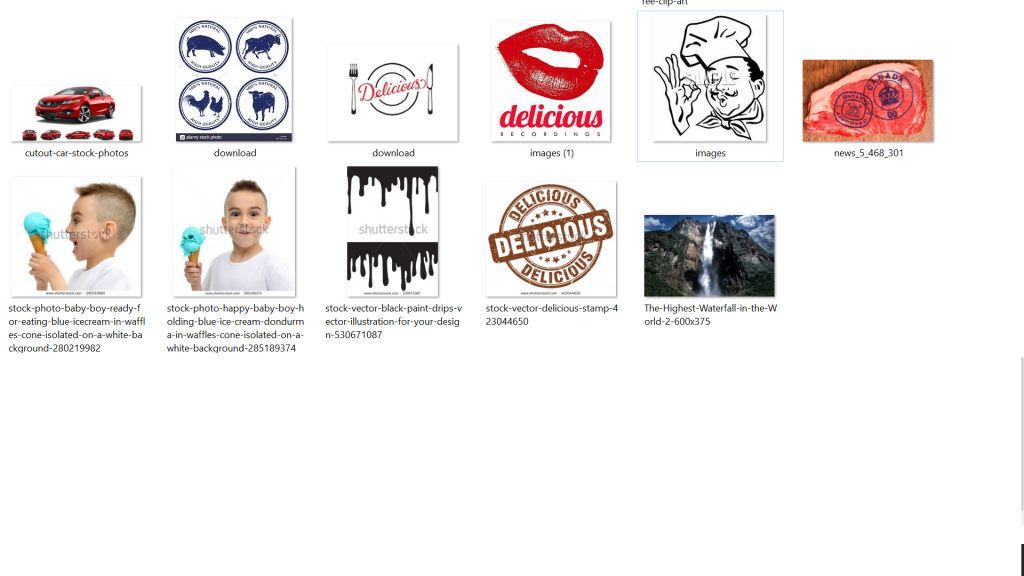 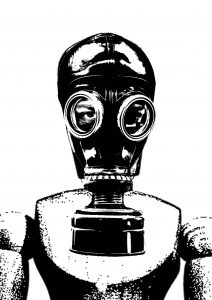 was thinking of choosing a wooden figure as it’s body to show the inability to control oneself due to the control from others, but the pairing of the human head and an inhuman body didn’t seem like a good visual composition. I liked how this mask came out nice and crisp looking.  This piece is pretty symbolic too. I was thinking of using a mask but not the usual kind. I guess for this piece, or for all the overall work that I have done, I try to avoid using imagery that was’fool-proof’ – that would look good in any design because it was trendy. Unfortunately, the gas masks one of these widely used trendy imageries.

However with this quote in mind, I was thinking of how the human subject could either protect himself with the mask, from being contaminated by the outside world or it could have been him containing the monster he is with a mask. The overall piece looks intimidating. Another symbolic imagery was the use of locusts which has a biblical meaning, as based on the seven plagues, the locusts ate every plantation in it’s path and the vibe this imagery gave off, was how ideas consumed everything in it’s path. (That could end up a bad memory) This was a tough one to compose due to the placement of the locusts which in this case, looked very awkward and cramped where they exit from the mask. But with the limited type of images, that was as good as it gets. These are the images I took my inspiration from. 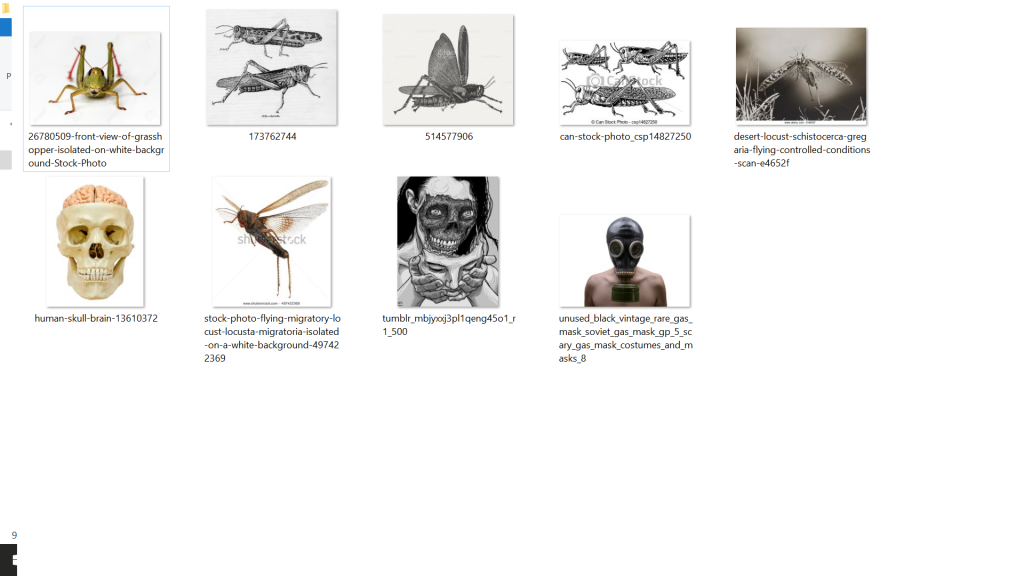 Overall I am proud of the last few images because the concept was well-thought over compared to the first few.

So the prompt is clear, choose your favorite movie quotes and work with it and so I have decided to work with these few.

Firstly,  Pulp Fiction 1994, a film that has been widely discussed about, only to be recently watched by me. One of the most unique line just from this movie is

They call it a “Royale with cheese”.

Fantastic quote, now moving on to the next one.

The Room 2003, one of the “worst” movies made in film history and some of the most infamous lines by Tommy Wiseau himself, awkwardly delivered, this line sends cringes down most spines. In this scene, the actor’s ability is equivalent to me when I am trying to get out of trouble.

You are tearing me apart, Lisa!

And the next, Ratatoullie 2008 holds a special place in my heart because firstly I love good cooking and, good food nonetheless; I ultimately love French culture. This animation has also one of the most interesting plot ever written, though unrealistic. But it brings me so much joy and awe as a creator myself, it’s quotes are actually very applicable to most artists.

There is excellence all around you. You need only be aware to stop and savor it. 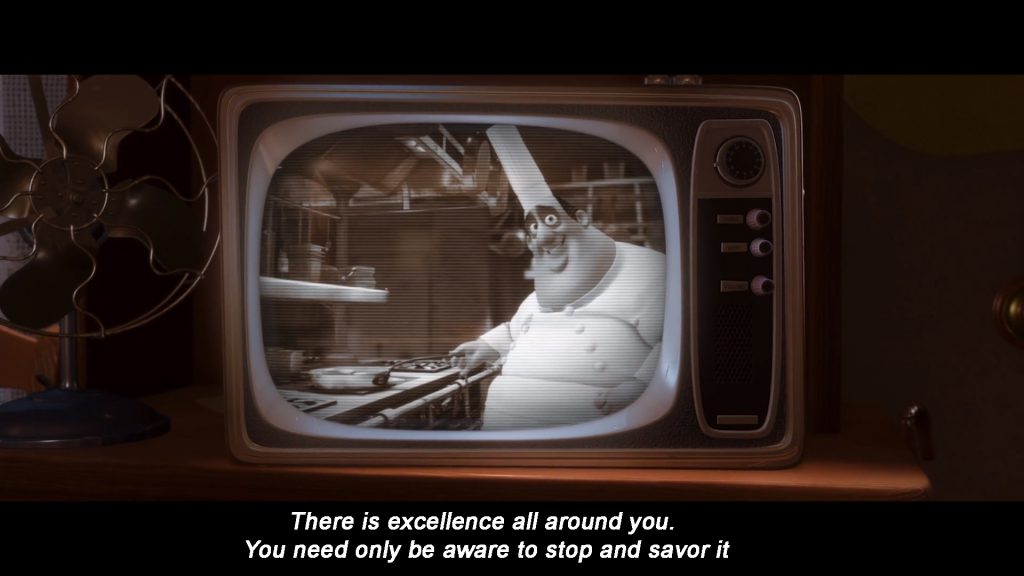 Lastly I wanted to work with a quote that showed a parallel of individual and society, therefore, from V for Vendetta. I left out the bulletproof part, mainly focusing on the idea and the mask part instead.