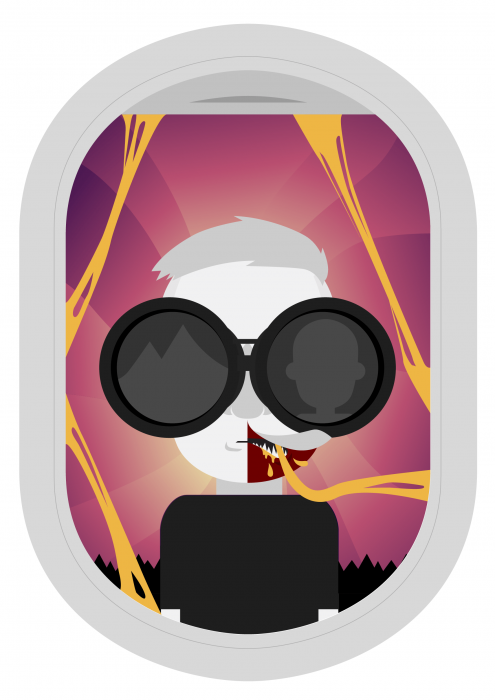 The task is to create a stylised self-portrait of me with the concept of visual narrative or visual storytelling. The illustration should be more stylised rather than realistic.

I began researching on some concepts and ideas from other designers to have a rough idea and direction to go for with my portrait. 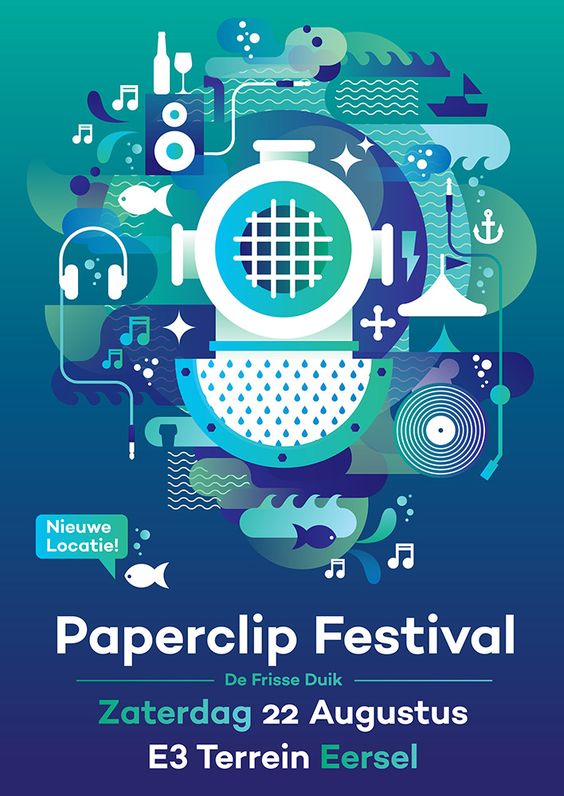 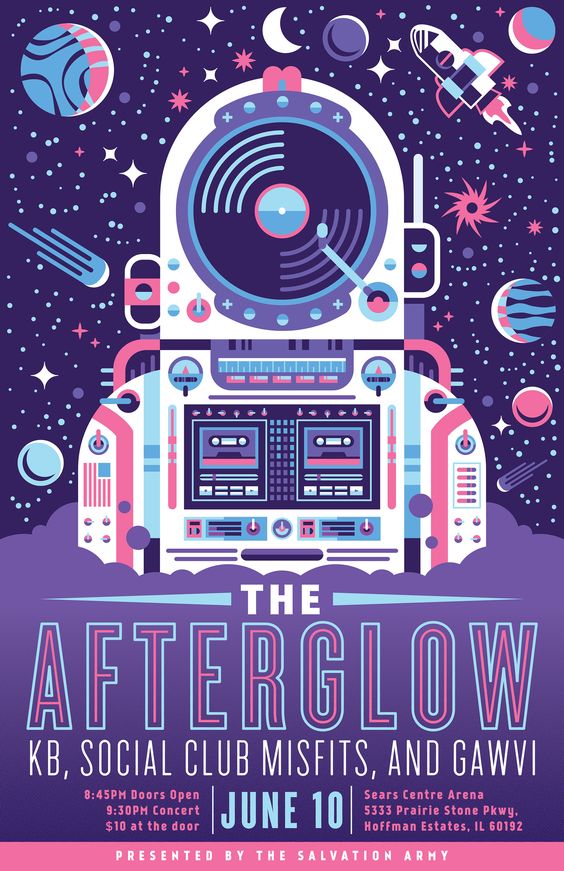 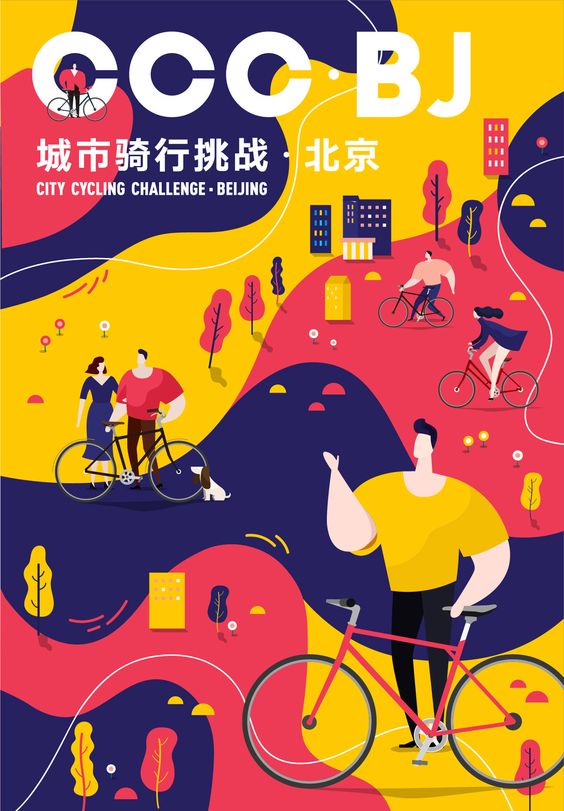 Most of my references that I ended up looking for would feature a central figure and also alot of flat graphics, may some subtle gradients. These choices were made to help describe most of my choices when it comes to designing, where I like to centralise and have symmetrical layouts, and also flat graphics so that it is not so distracting.

To help out with deciding on what should be inside the self-portrait illustration, I wrote down a list of words that best describe myself.

From the wordlist, it’s time to visualise and sketch them out and include my face into it. Here are some of the initial sketches that I have done: 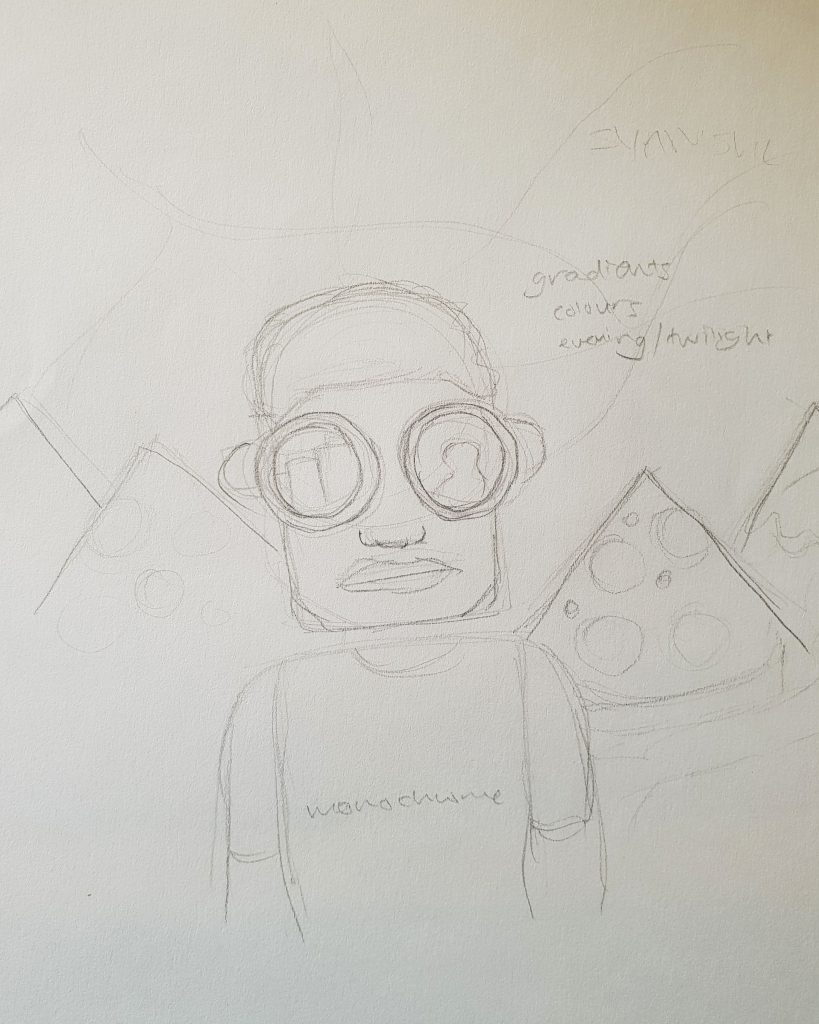 For the first sketch, I drew myself with glasses that contains the two things that I shoot, landscapes and portraits. The glasses were also drawn thicker as to emphasize the thickness of my spectacles. I drew some pizzas in the background, disguised as mountains to show my love for food and also my love for the outdoors. The colours are not included yet but I was planning to use the sky gradients of the evening to colour the background and the sky.

However, overall I found that the contents in the illustration were a little too equally-sized and there is no hierarchy or contrast in it, despite not having colours yet. And the feedback I got from my peers was that I should emphasize the focus on the face or at least have leading lines towards the face. I also felt like there could be more added to the portrait, other elements, that would make the portrait more wholesome. 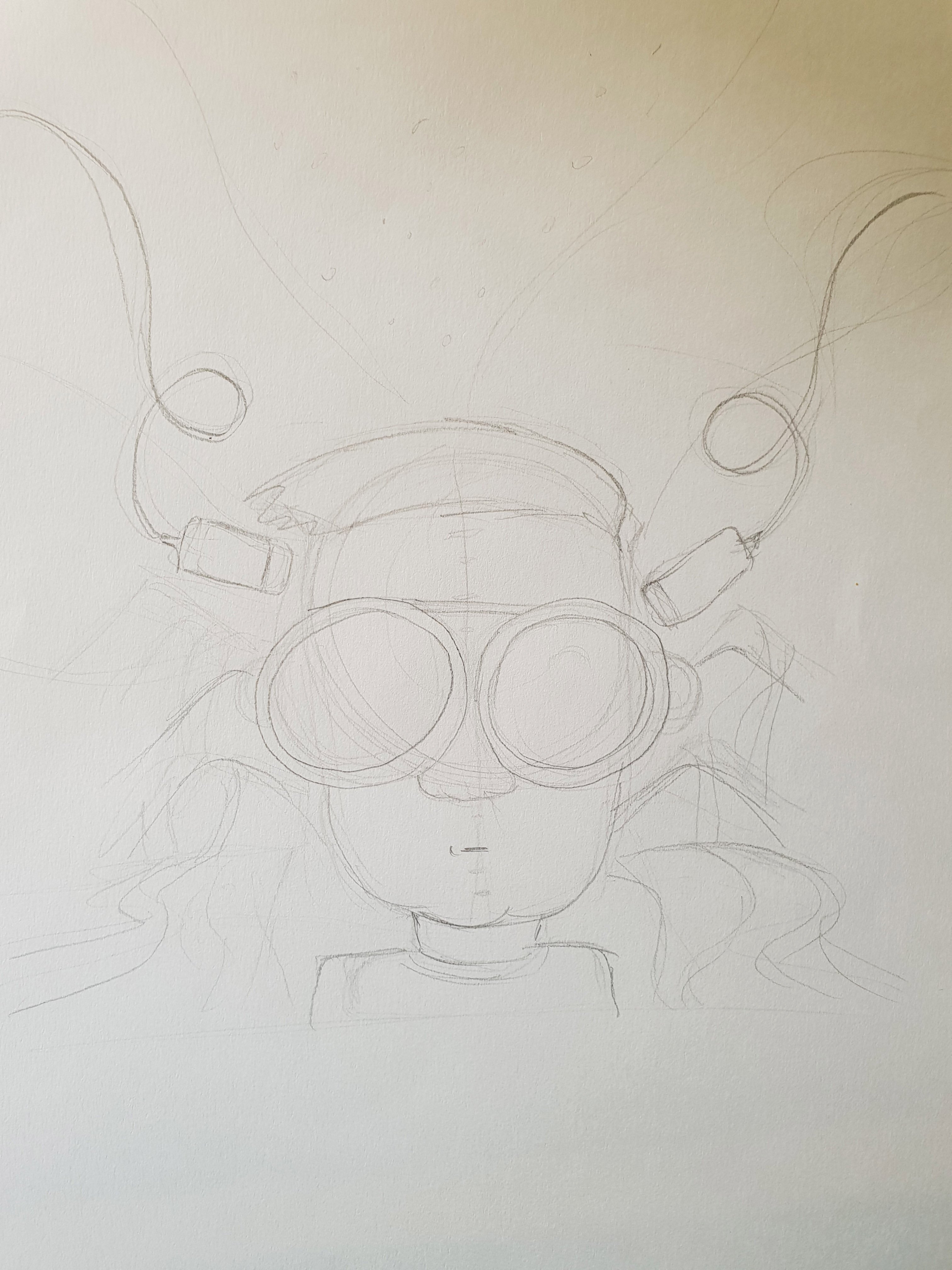 For the second sketch, I retained some of the elements from the first one and also added on and improved on it. The glasses and thick frames remained but I made them bigger. I made the mountains normal but to emphasize on the cheese, I made rivers and waterfalls of cheese instead. There are also shavers at the sides of my heads to show how I am almost always cutting my hair short and shaving the sides for almost all my life.

I proceeded to illustrate in Illustrator based on this sketch and modified accordingly as I go along. 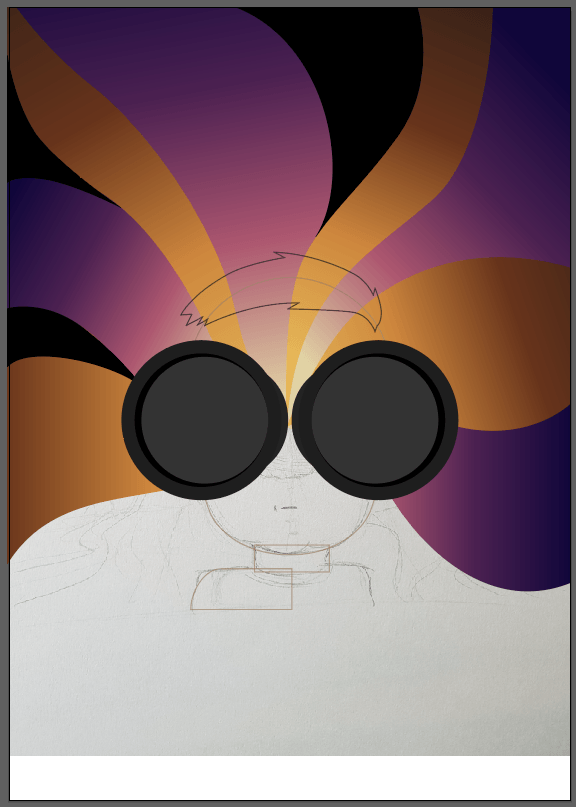 As I started digitalising the sketch starting off with the background, I realise that it starts to become too chaotic because I included both the colours for the evening and the morning skies. So I decided to focus more on the evening sky — the purple. 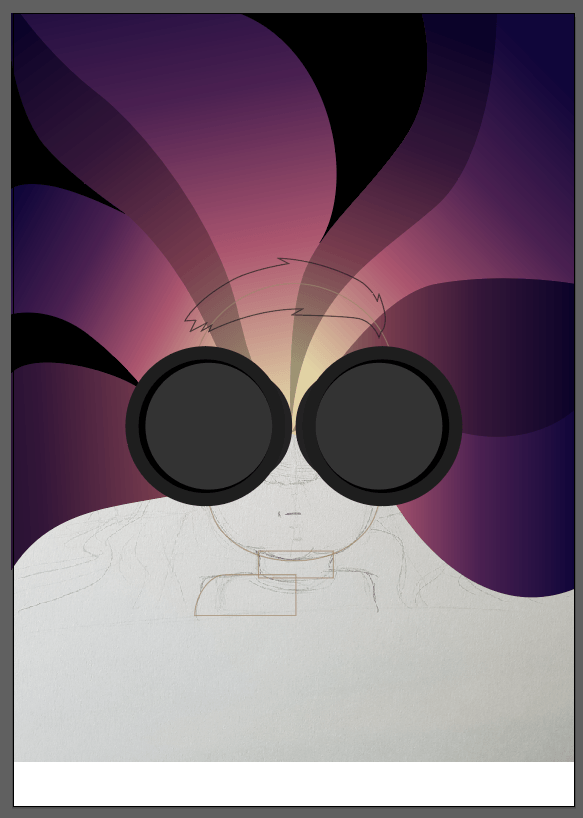 I also then decided to remove the black portions of the sky as it would become too distracting when I start to include the mountains at the bottom of the portrait. 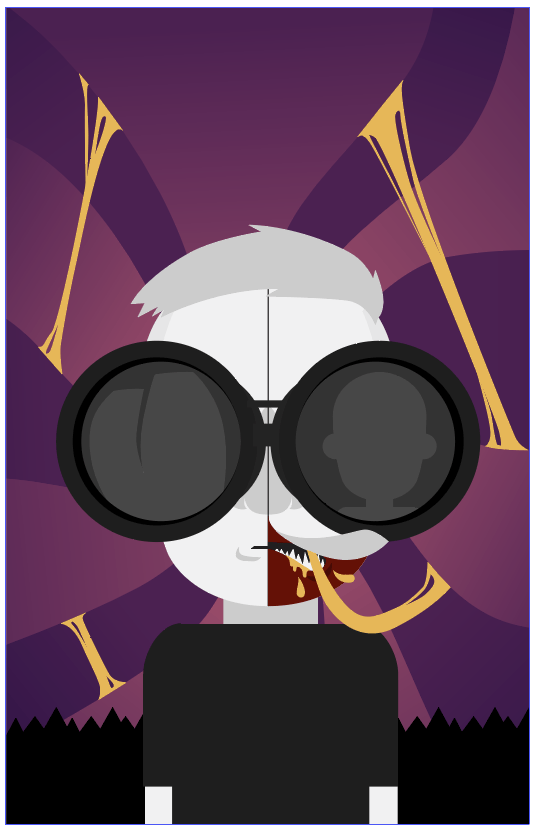 I thought I was done with the portrait and I felt that the cheese strings were too distracting and it cuts off the directional lines to the face. I decided to frame the portrait up using a plane window for my love of travelling. It felt like it would somehow reduce the amount of space between the sides of the page and the face so it would be more focused. 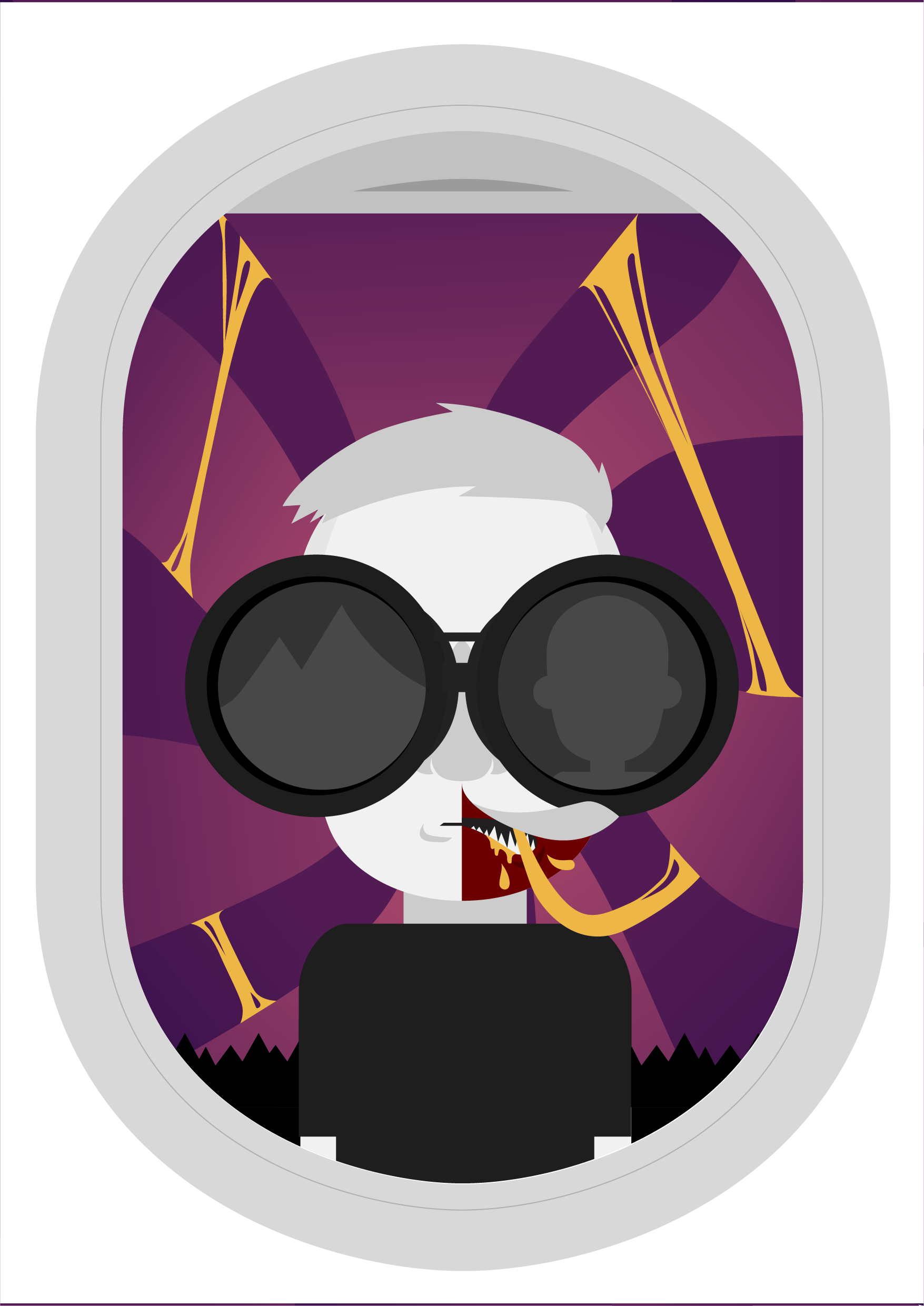 I then looked back at the progress and the overall look and felt that the sky gradients are not well represented, so I decide to insert back the gradients. 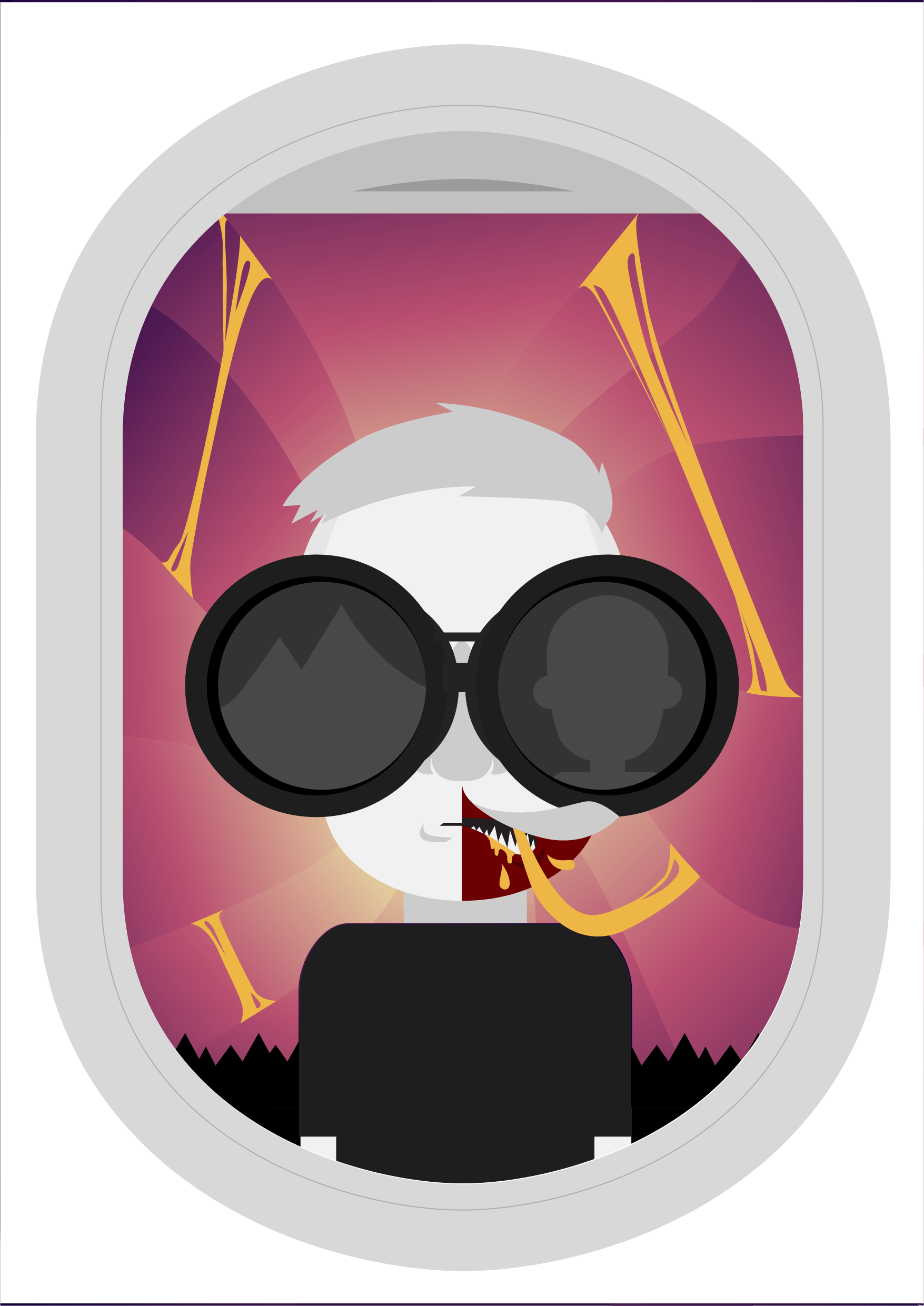