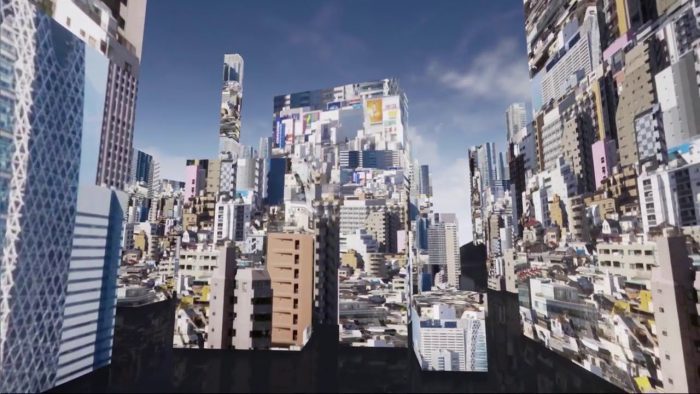 Marc Lee is a Swiss media artist that has created interactive art projects, installations and performance art for almost 20 years. He is very daring in his works which would normally showcase cultural, political and social meanings in them.

His works has been exhibited in museums all over the world, such as the National Museum of Modern and Contemporary Art in Seoul, Intercommunications Center in Tokyo and New Museum in New York.

He also does lectures and teach in workshops about art and interactive art around the world such as Shanghai Institute of Visual Art, and China Academy of Art in Huangzhou.

10,000 Moving Cities is an art installation that involves several projectors and white large boxes. The installation begins when the user selects the desired location that would be projected onto the white large boxes. Once selected, various moving images from the internet will be projected onto the large boxes. The user can then walk through and in between the large boxes and immerse themselves with the visuals projected as if they are there in the city that they picked earlier. Sounds from the internet will also be played alongside the images to make the experience for the user more immersive.

With the millions of images in the internet, every projection on each surface and also every projection by a different person will be different. That is why the installation is called 10,000 Moving Cities – Same but Different.