After looking at all the sketch models of the group members, we are then tasked to create a final mood box for our sound(s). 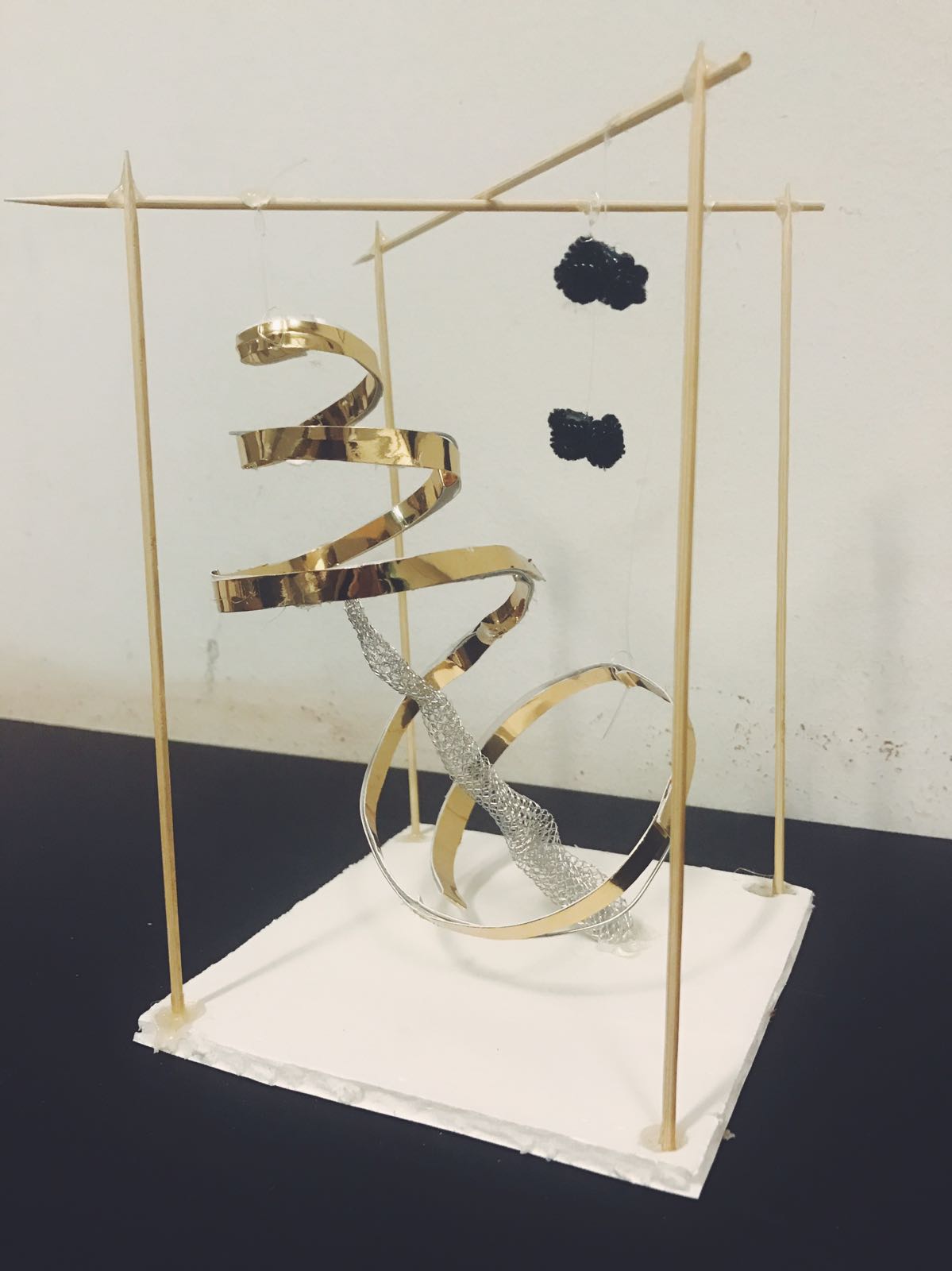 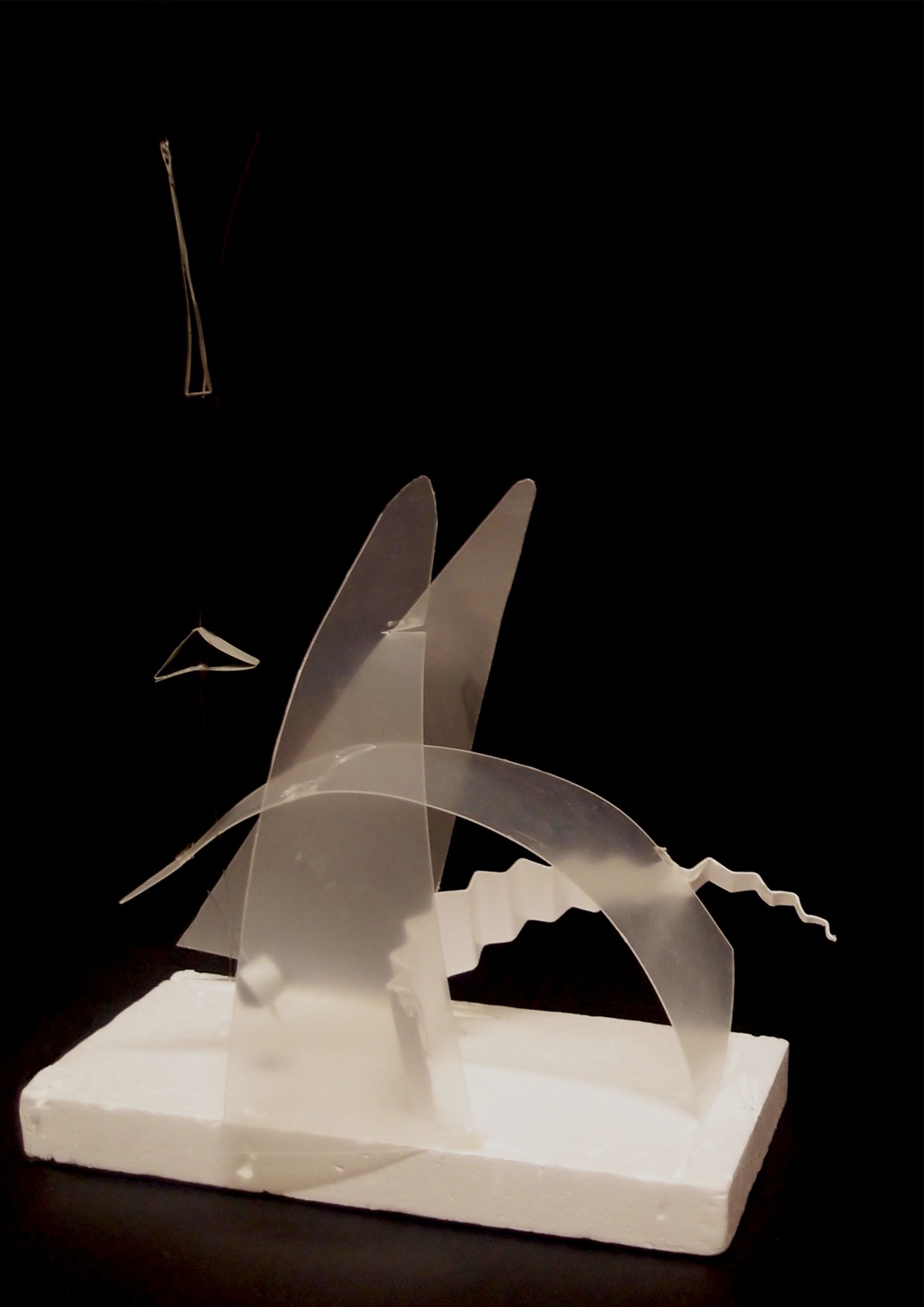 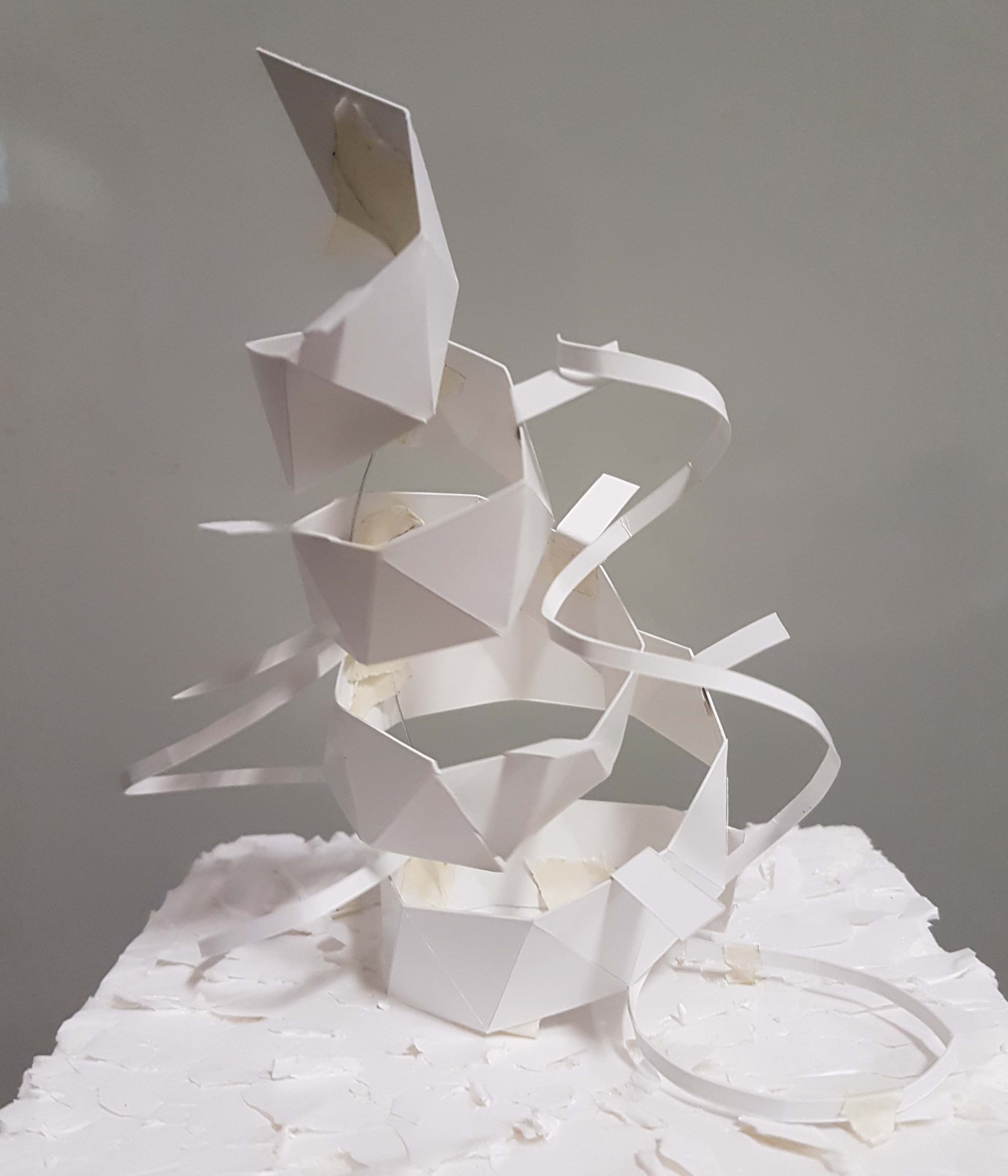 A recap of the sounds: 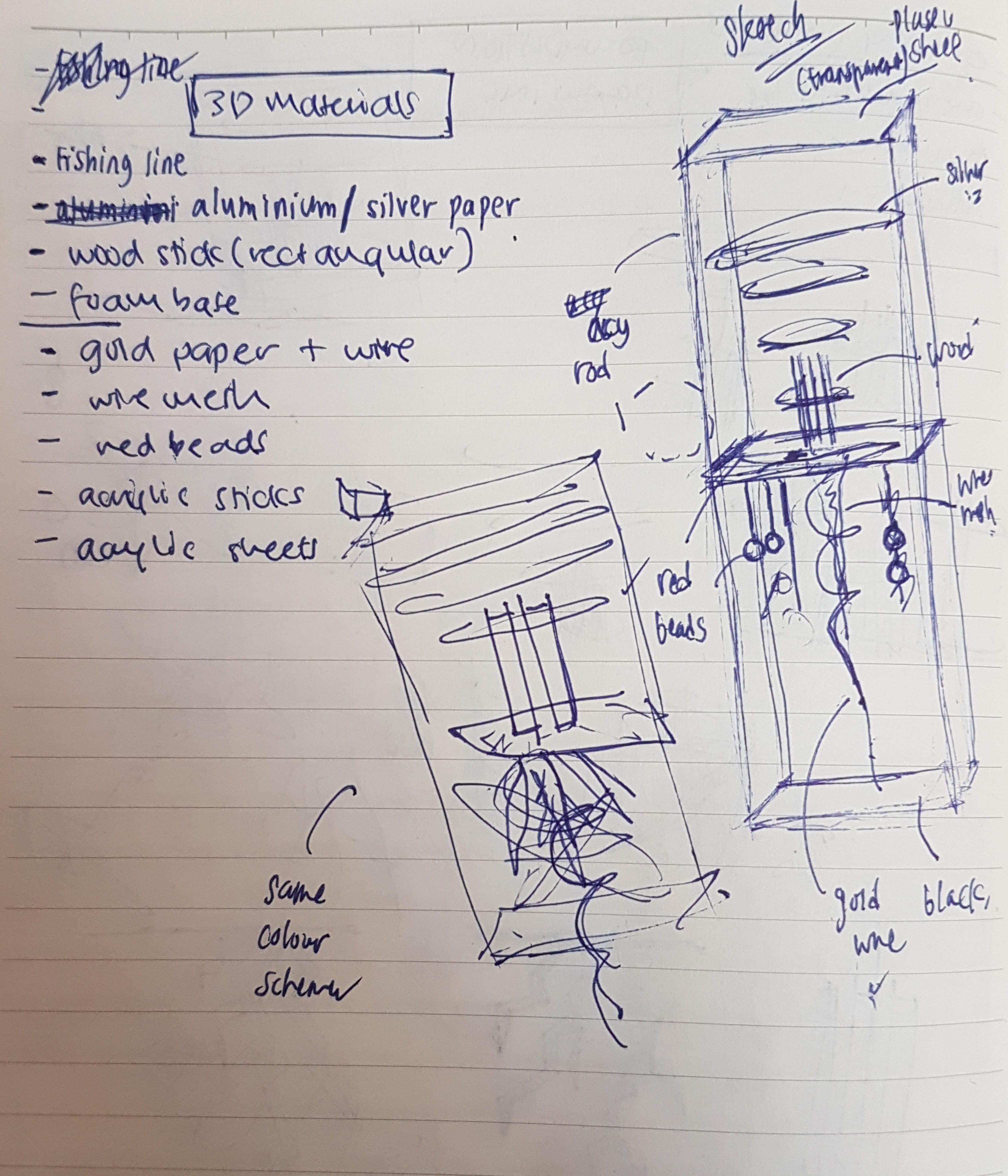 We plan to split the two sounds to represent 2 separate sections, to represent separate “cultures”. Sound 2 will be the surface, where it is peaceful while Sound 1 will be sort of underground, in contrast, and the opposite of Sound 2, where it is more chaotic. 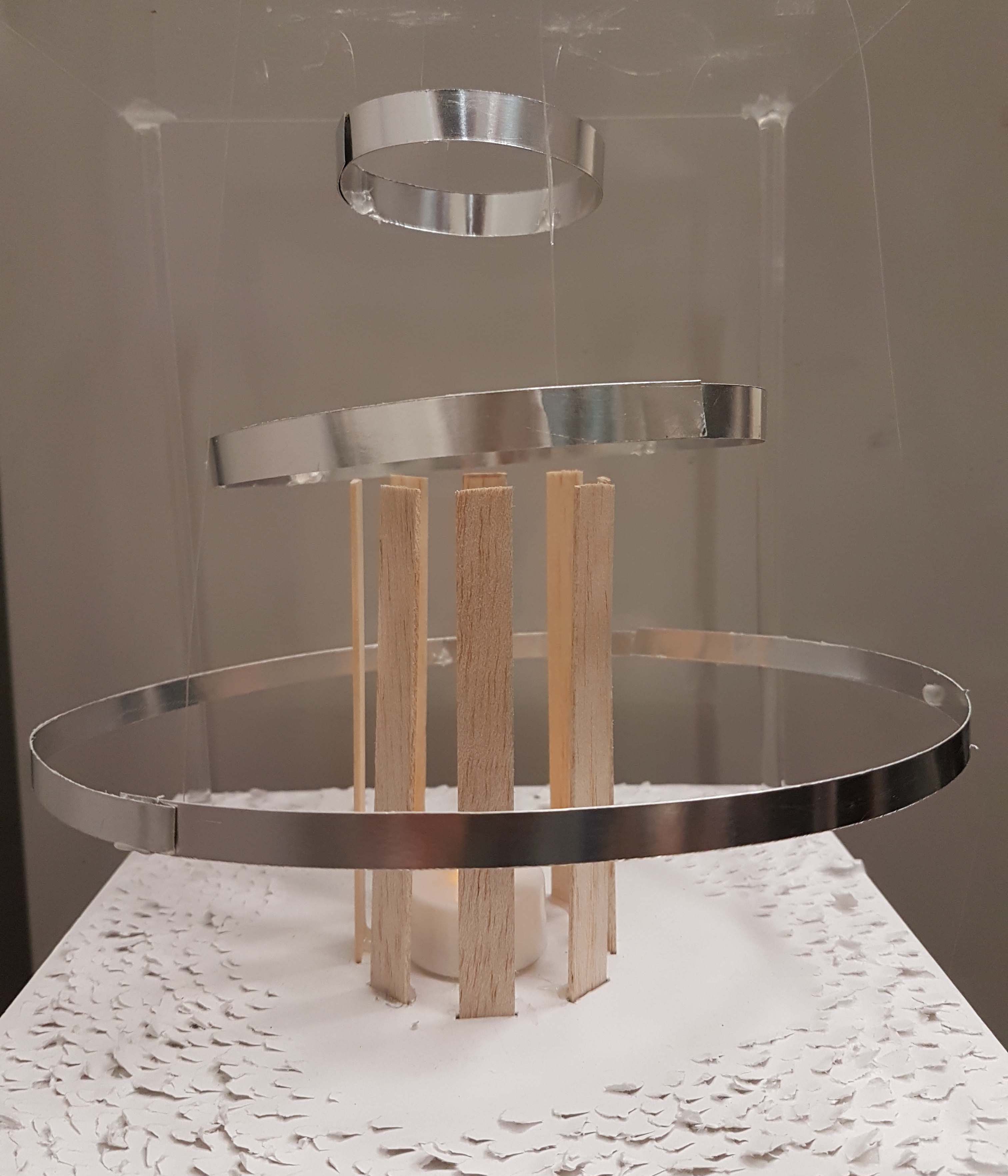 Top section in the dark 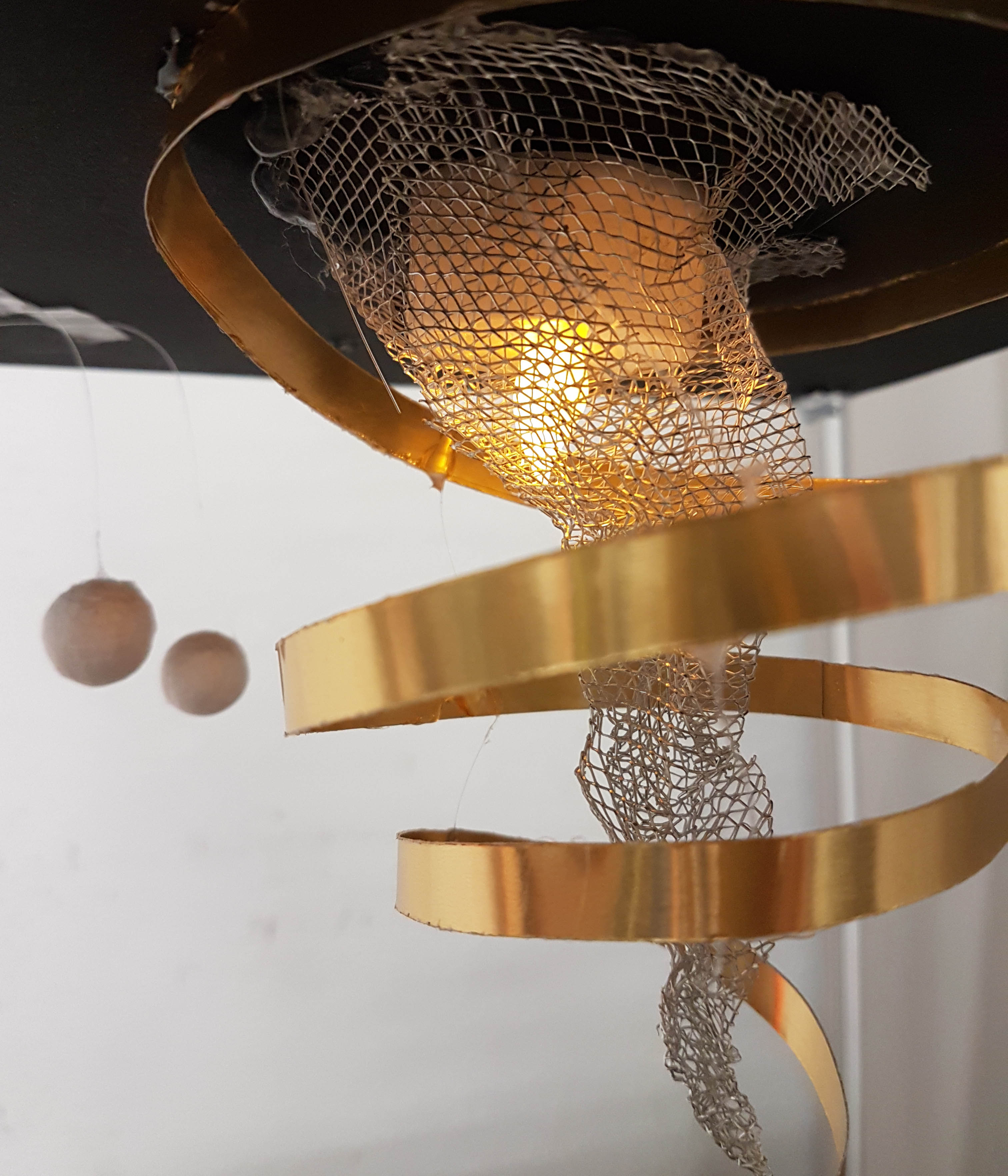 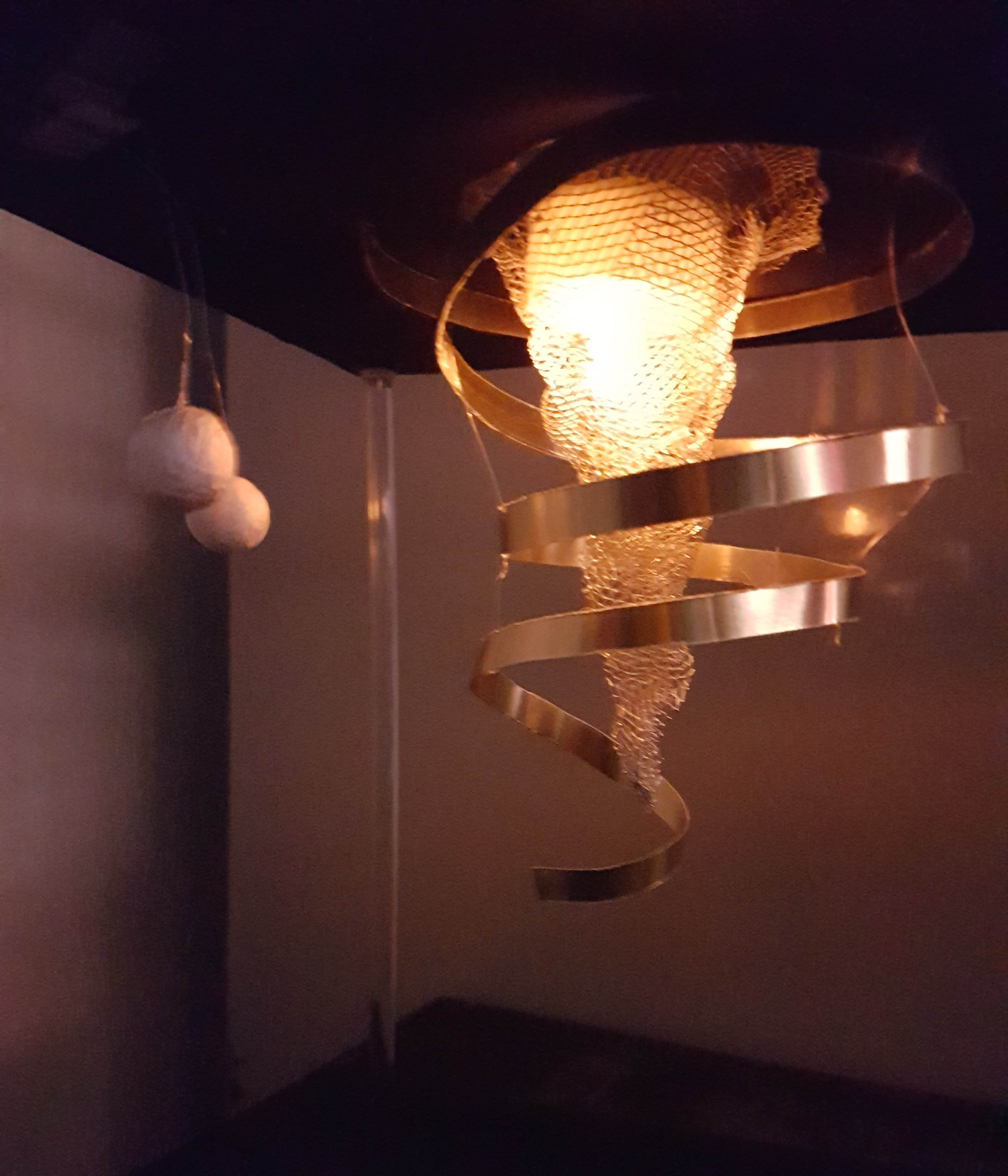 Bottom section in the dark Overall view of the 2 sections of the mood box 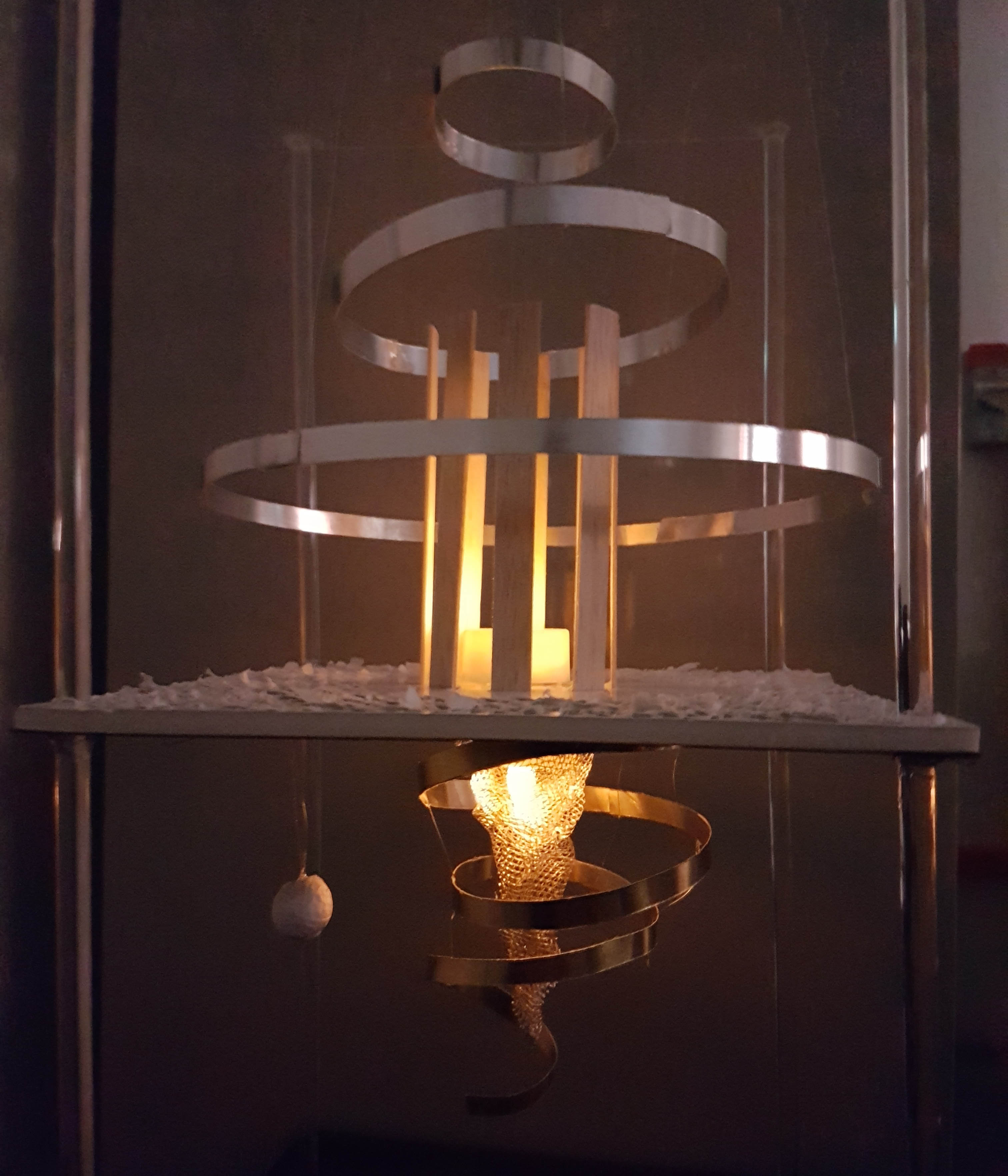 Overall view of the mood box in the dark

The 2 sections are somehow in opposites and in contrast to each other. The upper rings are silver while the lower spiral is gold. The main upper wooden structure is straight and uniform while the lower cone is irregular.

For this project, we were tasked to record sounds by playing musical instruments. From that sounds, we had to use the visuals from the sound and create modular structures. 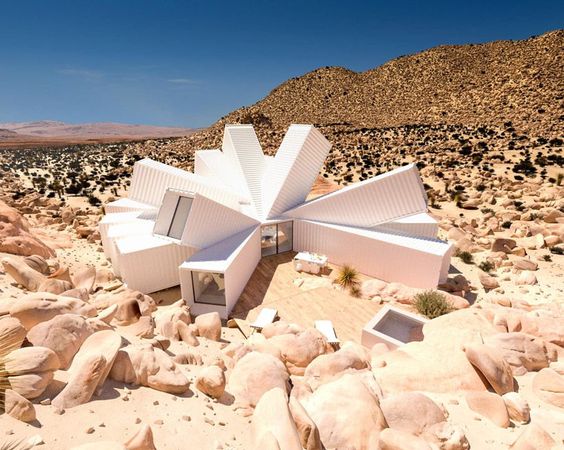 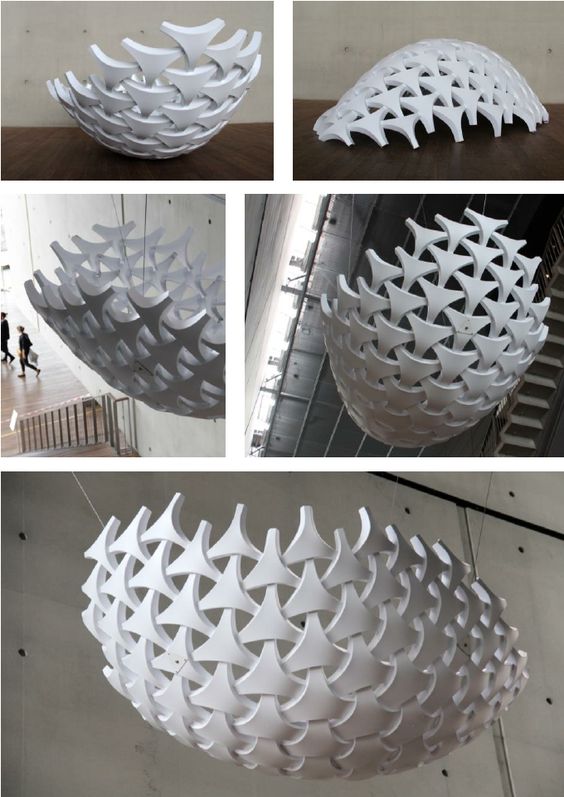 As a group of 3, we recorded two sounds where one of them will eventually be used to create our models. 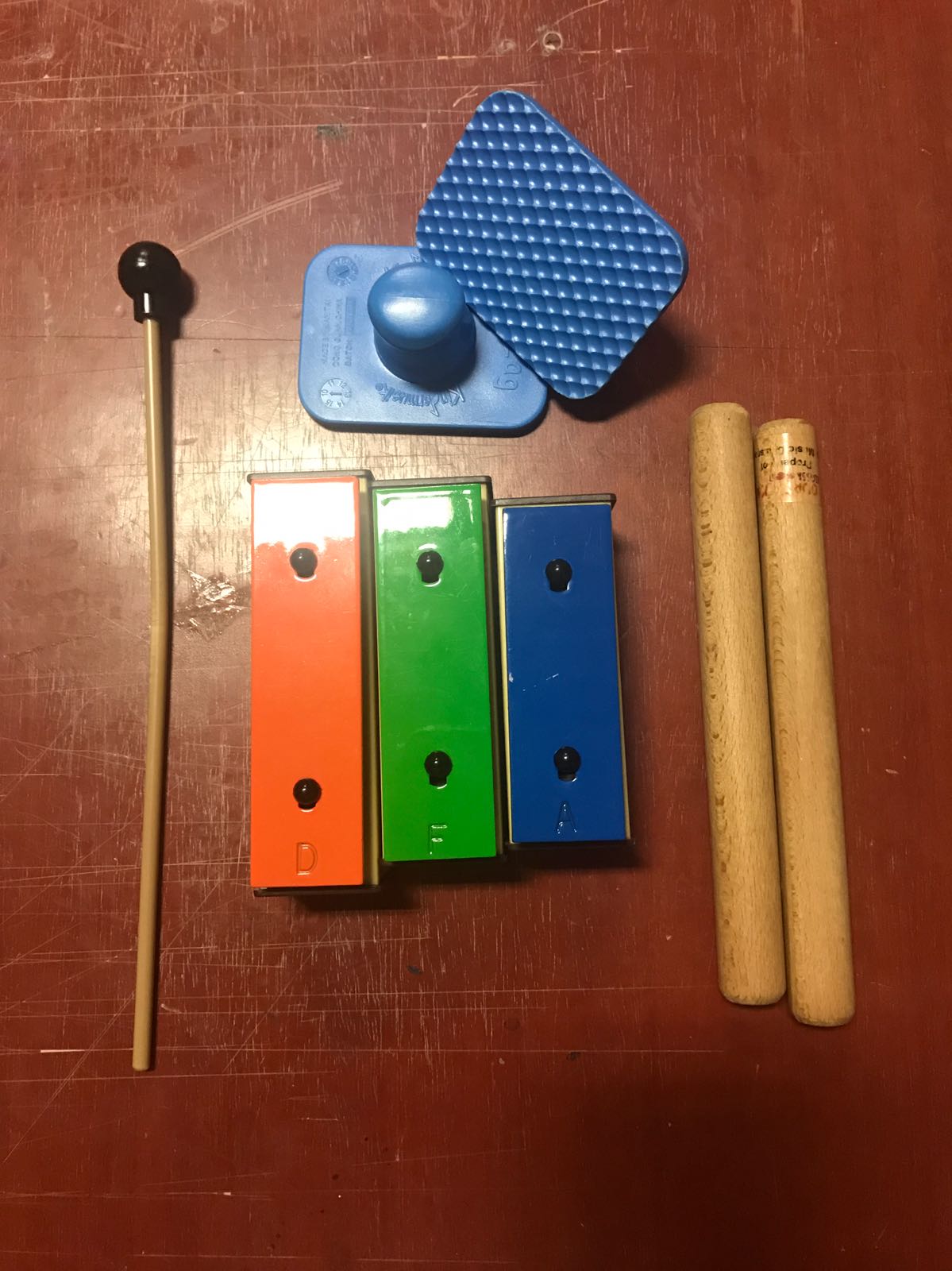 Using a set of metallophones, a pair of rhythm sticks and two textured slabs, we created two sounds that are both different in terms of the usage of the instruments as the Dominant, Sub-dominant and Subordinate.

The sound started with the two textured slabs rubbing against each other forming the dominant sound. The rhythm sticks, tapping at a constant rhythm is the sub-dominant. The subordinate sound is the metallophone, playing at an increasing tone and repeat, while still having the longest gap in between, being played the least frequent.

The sound that I will be going with is Sound 2. I chose that because there is a difference in the 3 different sounds that can help picture the structure better. The different sounds also create individual stories/structures even when each of it is played by itself.

To turn the sounds into a structure, I have decided to see how each sound could be represented and then combine all 3 features into one modular structure.

For the dominant, I would picture it being something rough, like a rough textured surface. So I have decided to make it into the base of the structure, being a rough irregular ground surface. 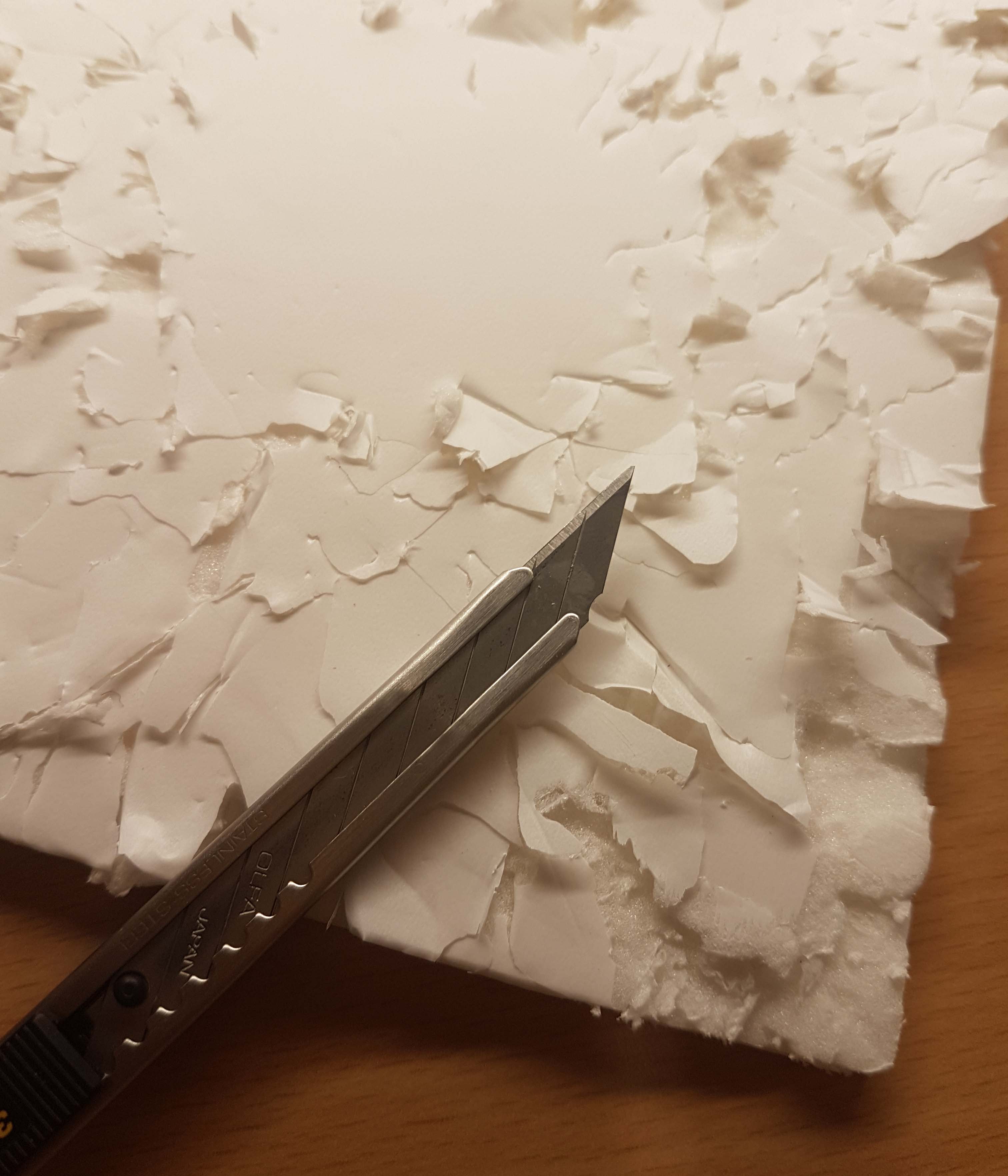 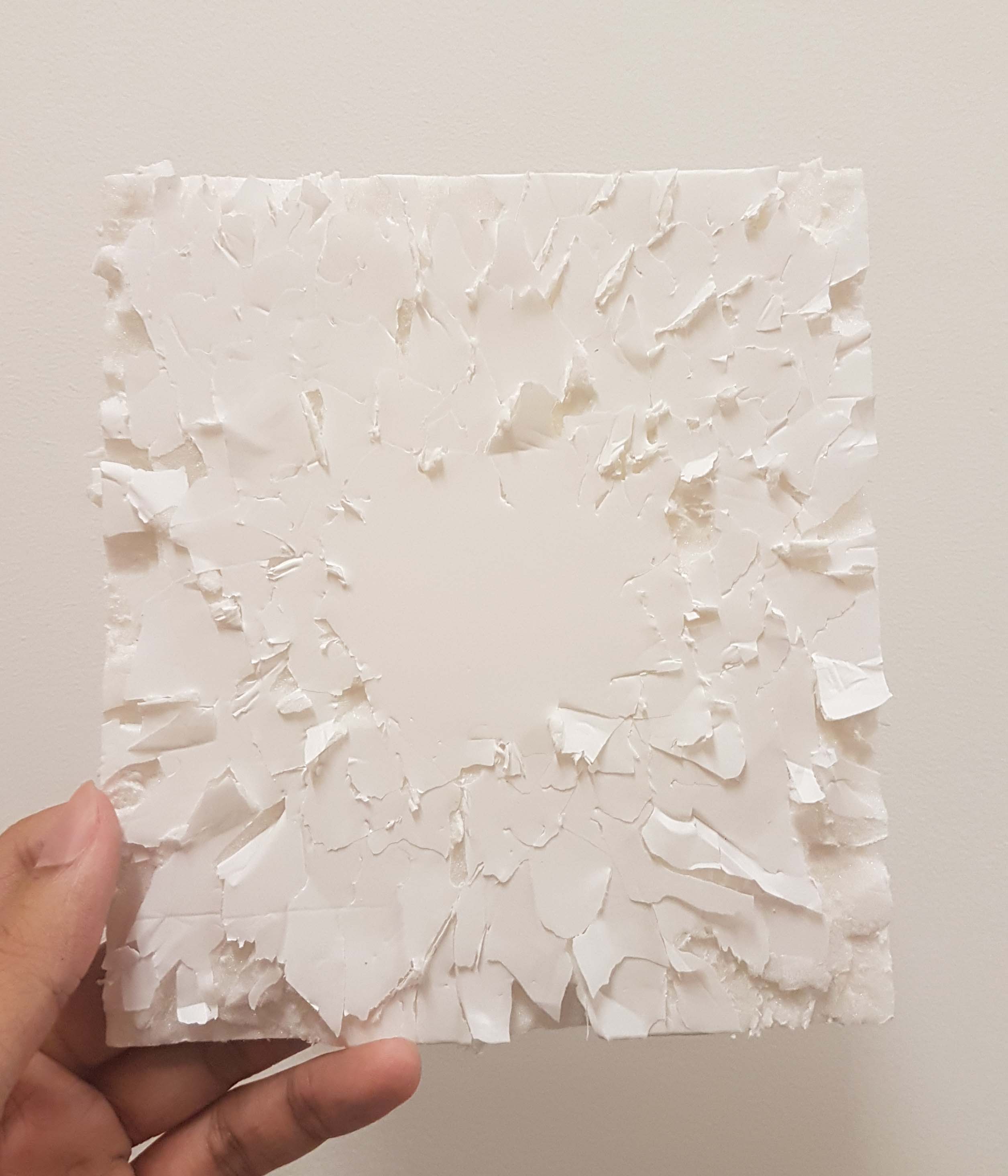 Before I start on the subdominant, I would say that the subordinate sounds like glass or icicles, something fragile, so it would be represented by something transparent. It also has an increasing tone so I have decided to represent that by showing an upwards rise or something that climbs.

The subdominant to me sounds like footsteps. Combining with the elements from the subordinate, I would represent this by creating stairs that go upwards.

The entire composition of the sound sounds like an adventure through a cold and silent environment. So I would like to keep the whole structure simple as if it could echo, and use of transparent elements to show fragility and that it is made of ice or glass. 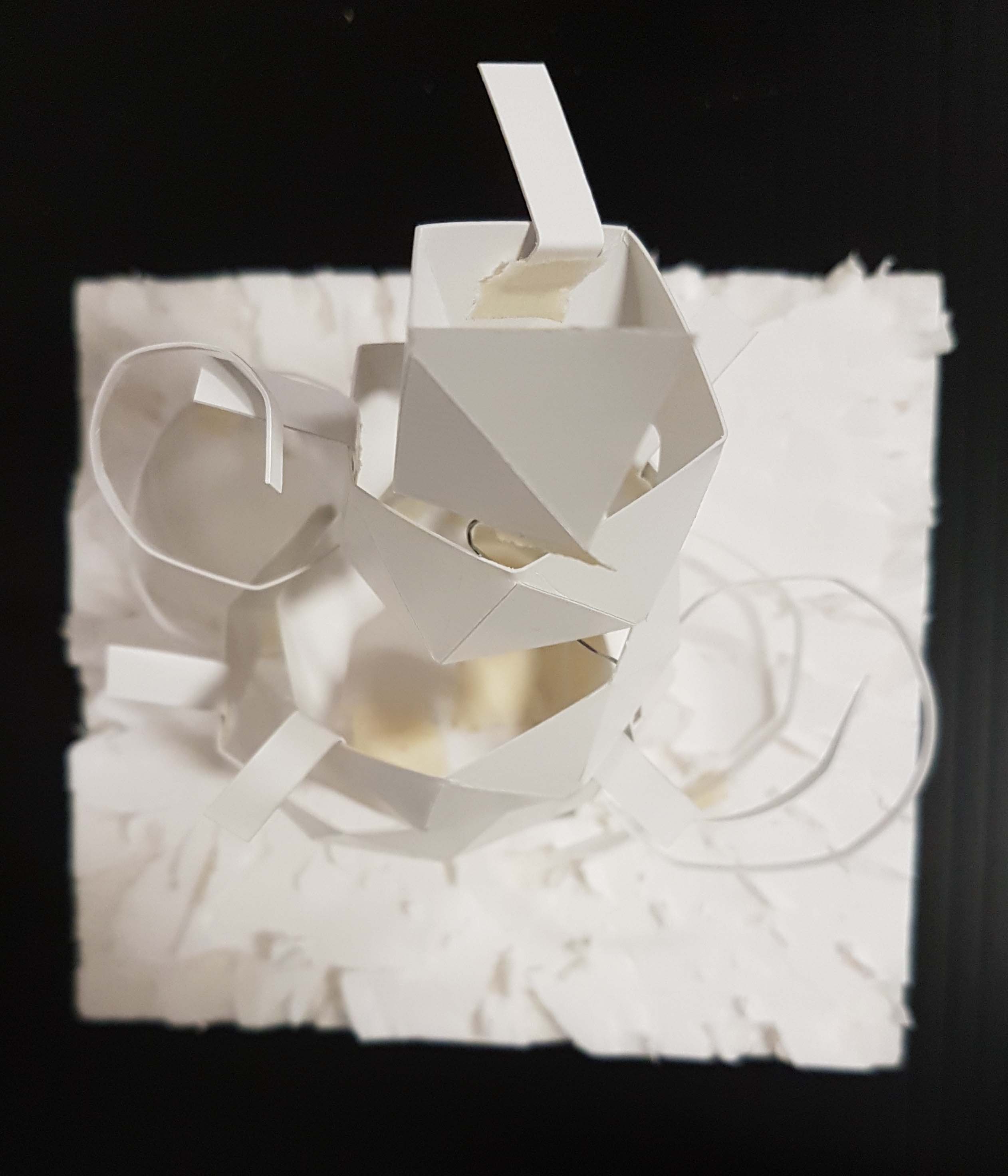