Memphis art, an anti-design movement founded by Ettore Sottsass in 1981 with a group of other Italian Designers, which acted against the concept of what is “aesthetic”.

Art Deco, Kitsch, Pop Art, and Futurism alongside other art movements were inspired Memphis art, which can be seen as opposition against the dull designs of the 1970s. Memphis artists felt that buildings, cameras, cars, furniture, typewriters, and many other items in this era was lacking individuality and was giving the impressions of mass production. Feeling that these designs were outdated, Memphis artists sought to breathe life into such items; sometimes as crudely as possible, all the more to oppose the concept of what tasteful design was seen as then. Memphis art supports the concept that “anything goes”, that there should not be a standard for how design should or should not be. In fact the name origin supports such an idea: Stuck Inside of Mobile with the Memphis Blues Again by Bob Dylan was played throughout the evening during the first meeting with Ettore and fellow designers, and thus they went along with it.

Despite being wild and unpredictable in nature, Memphis art does have some prevailing features that appear more often than others. Laminate and Terrazzo materials which are normally more found on floors, are incorporated due to the unevenness of the pattern in comparison to checkered or stripes. However as expected of Memphis art, these designs are not found where they normally would, as you can see them on tables and lamps and such.

Memphis art appears to place emphasis on uneven and unexpected design qualities, as suggested by the anti-design properties. Squiggles, sometimes known as the bacterial print, was designed by Sottsass in 1978 is a pattern of uneven curvy lines that give the impressions or squiggling, was also a common pattern used in Memphis to show the unevenness even in solid objects. Bright, multi-colours were also used in items, especially in mismatching shapes to further push away the concept of design. Chair legs may not be rectangular or cylindrical; they could be triangular and be in a bright red while the rest of the chair may be a cool blue. Memphis goes out of their way to tell you that things should not be what you expect them to be.

A contrast to Memphis art is Modernism, which places value in the notion of functionalism over aesthetics. Derived from modern architecture with inner structure dictates outer form; modernism is about scientific objectivity and values mathematical and functional exactitude. In the concept of functionalism, the notion is that objects made to be used should be simple, honest, and direct. Designs should be well adapted to their purpose, bare of ornament, standardized, machine made and reasonably priced. In the process they should be expressive of their structure and materials. Memphis art conflicts this by turning it around, making the pieces loud and irregular, with bright colours and shapes that would be less than practical for the purpose. As Scotsass views the design movements that emphasises such functionality, he feels that the creative aspect and personality is being sacrificed, this led to the birth of anti-design movements such as Memphis art.

The original group of Memphis designers created a wide range of bizarre creations that won celebrity fans from David Bowie to Karl Lagerfeld and arguably the most iconic of all is Ettore Sottsass’ Carlton. Exploring how its bright coloured laminates and playful form typified Memphis’ challenge to Modernism’s impersonal aesthetic[1], the Carlton could be seen as a bookcase, a room divider or a dresser – or all three; similar to other pieces by the Memphis group, it fits well as modern art installation. Designed in 1981, it can be found in design museums around the world, and in fact it’s still available for purchase from the Memphis Group website – at a grand sum of €13,200.40[2]. Sottsass’ Carlton bookcase – designed for the group’s first collection – epitomises his use of brightly coloured laminates, graphic forms and non-functional elements that became the defining style of the decade, and that with Memphis, Sottsass wanted to define a new approach to design that broke free of the restrictions of functionalism. To challenge the concepts of minimalism in modernist art, Memphis art was quickly associated with postmodernism.

The Carlton is constructed of medium density fibreboard (MDF) sections, which are laminated in different colours. Featuring horizontal, perpendicular and angled surfaces, the bookshelf and has two red drawers just above the base; but the seemingly haphazard arrangement of partitions and voids is actually based on a logical system of equilateral triangles, which support both the slanted and flat shelves. So while it is a disaster in the concept of form and function, there was engineering put forth in creating a piece that balances itself, despite seemingly outrageous. But if you could afford one, you’d need a substantial living room to house it, as the Carlton is enormous – almost two metres square. What are the rewards of getting the Carlton then? A bold colour palette, strong, stark lines, and a geometric structure: its various partitions, voids and shelves are based around a system of equilateral triangles – the perfect example of Memphis art.

My name in Rebus 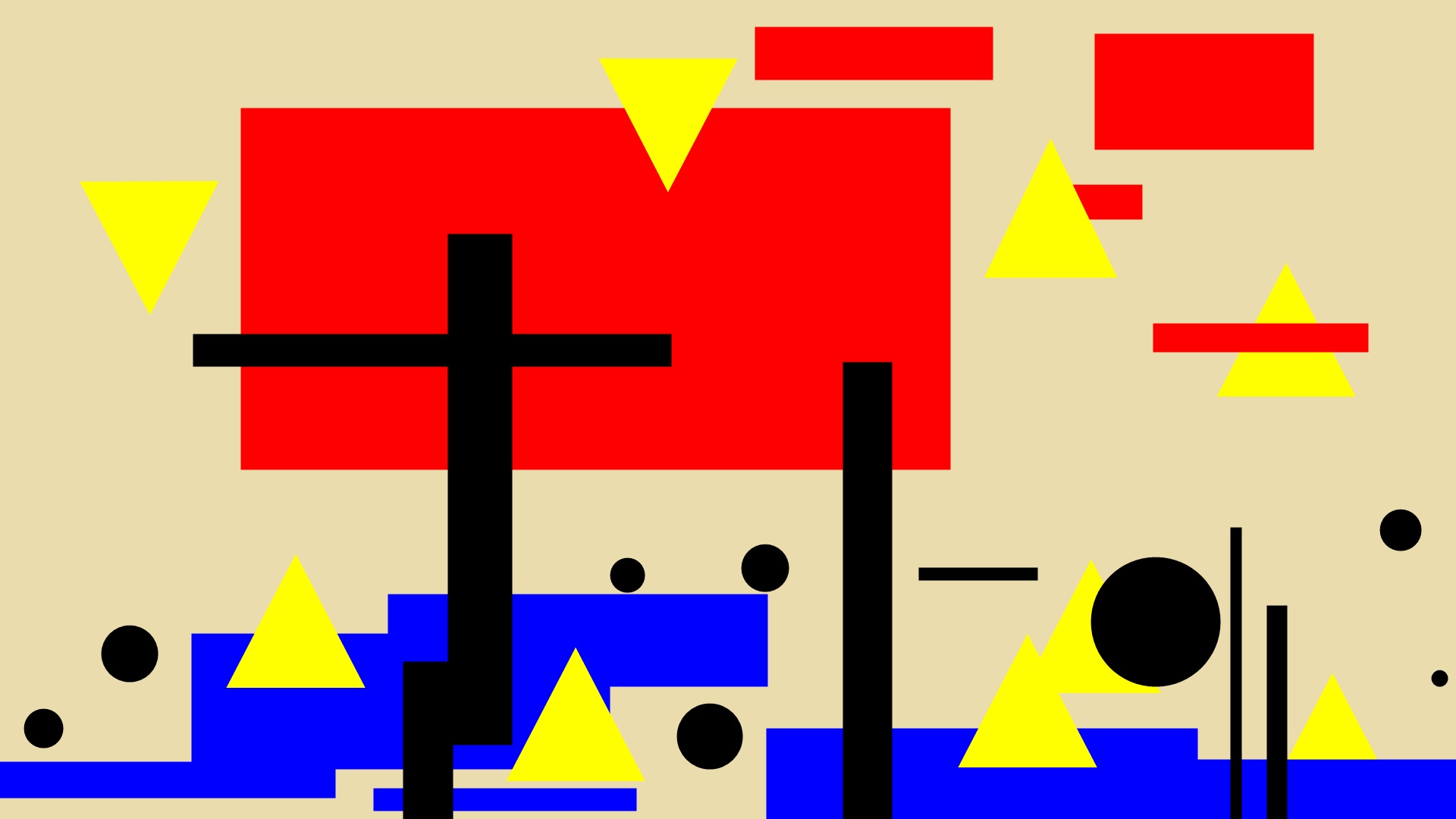 A Bauhau Poster illustrating the humidity of Singapore, where evaporation is more commonplace than rainful 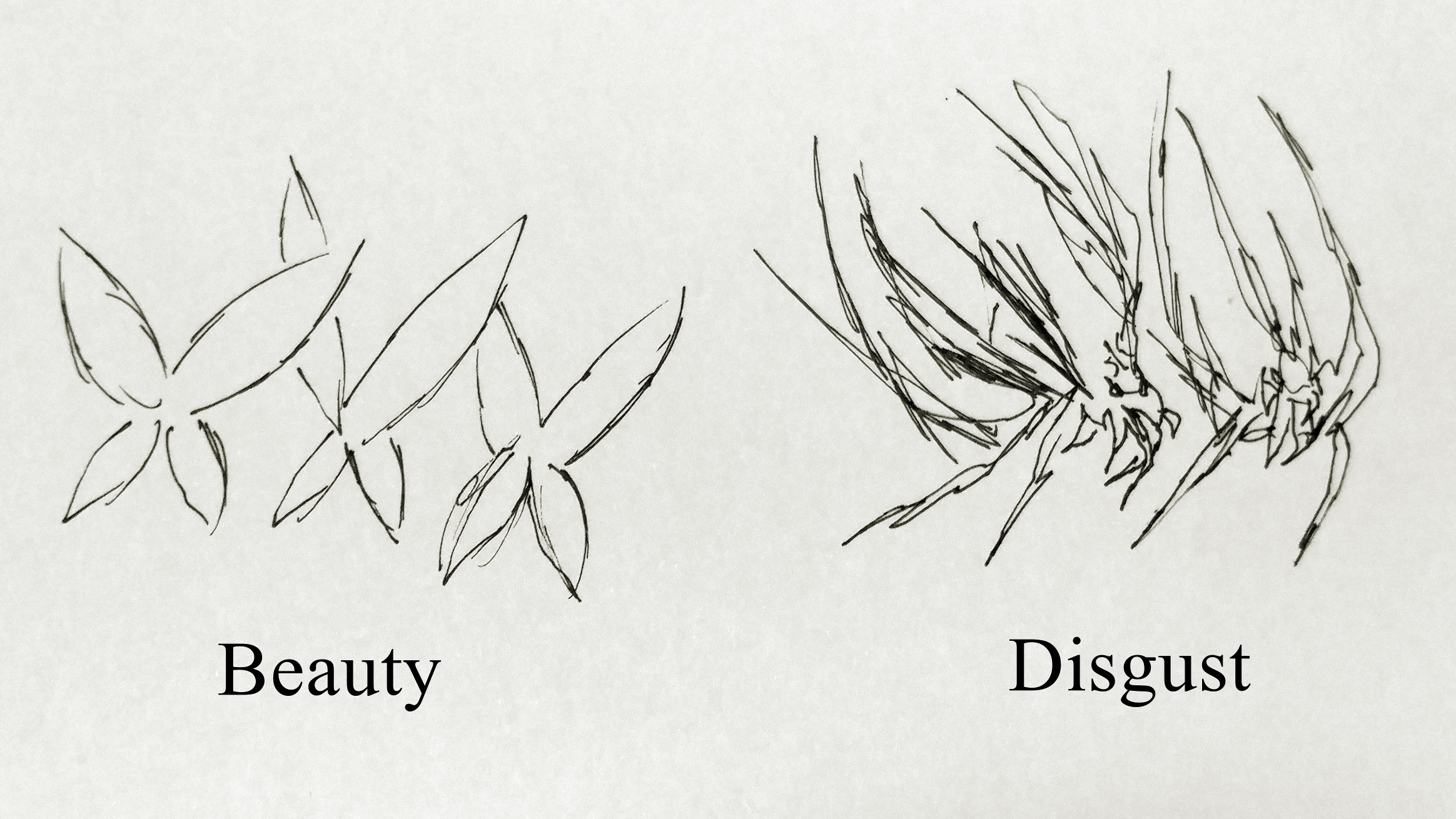 Illustration of contrast in emotion – Beauty and Disgust 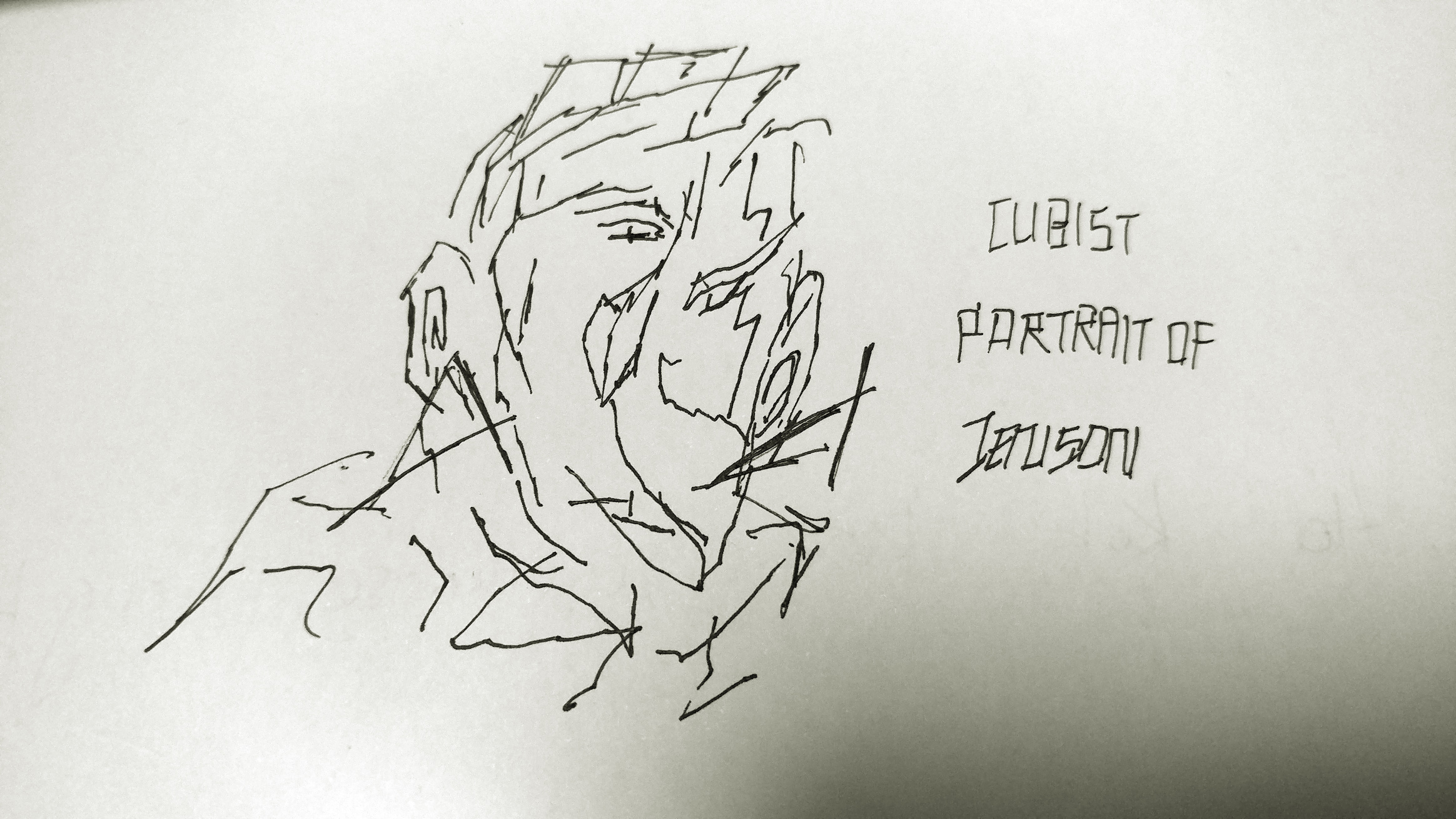 Cubist portrait of a classmate

My name in block typography 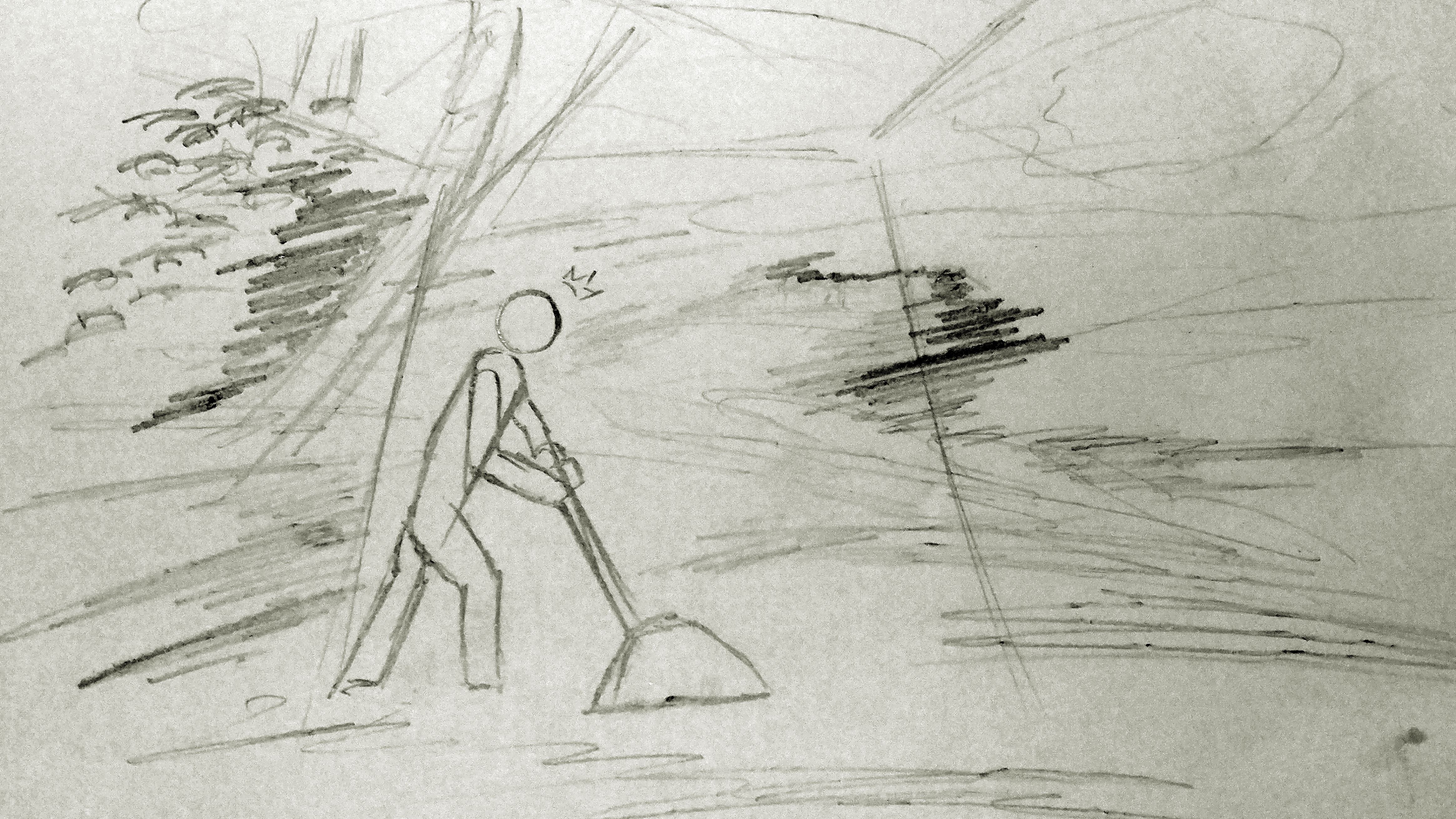 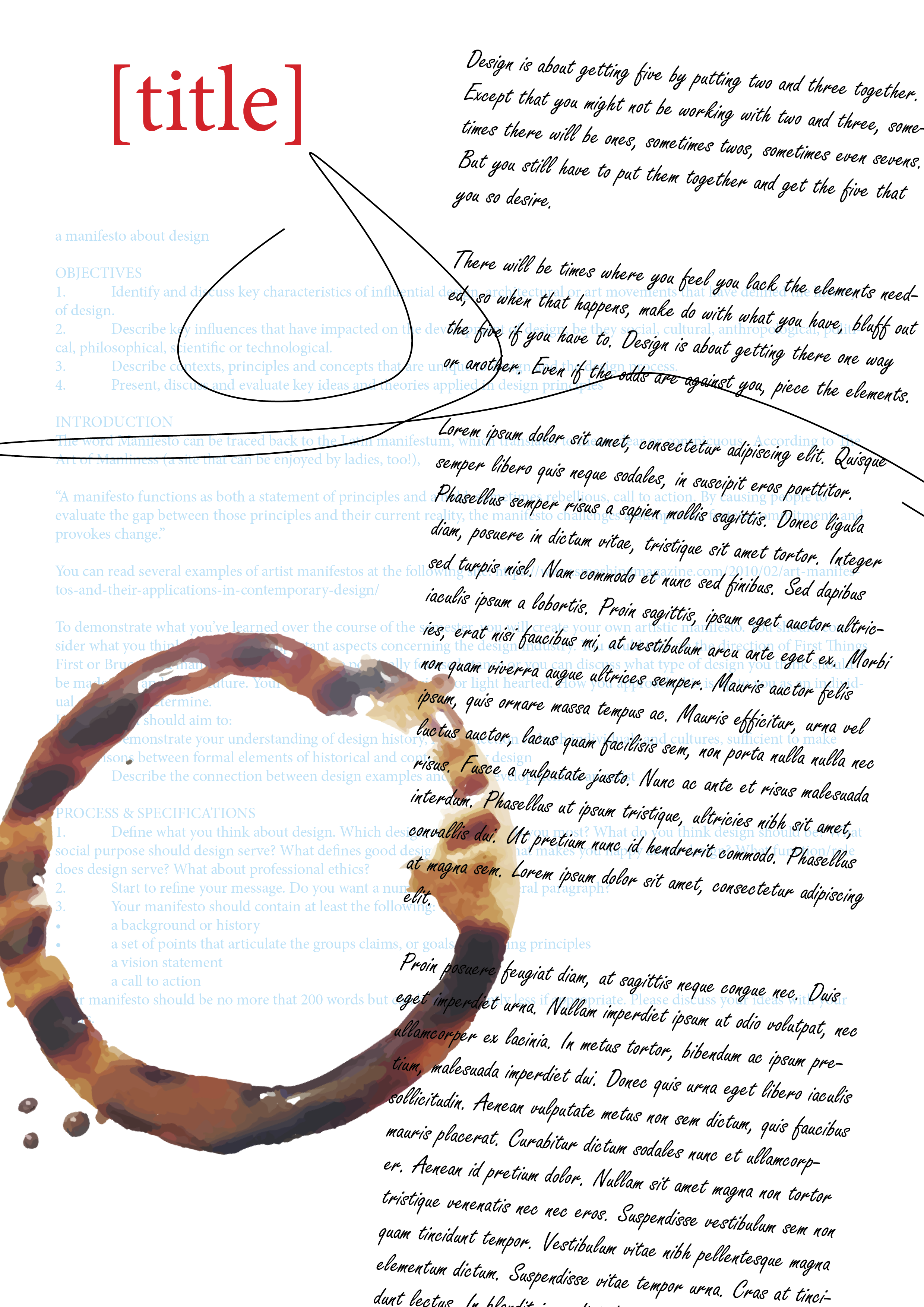