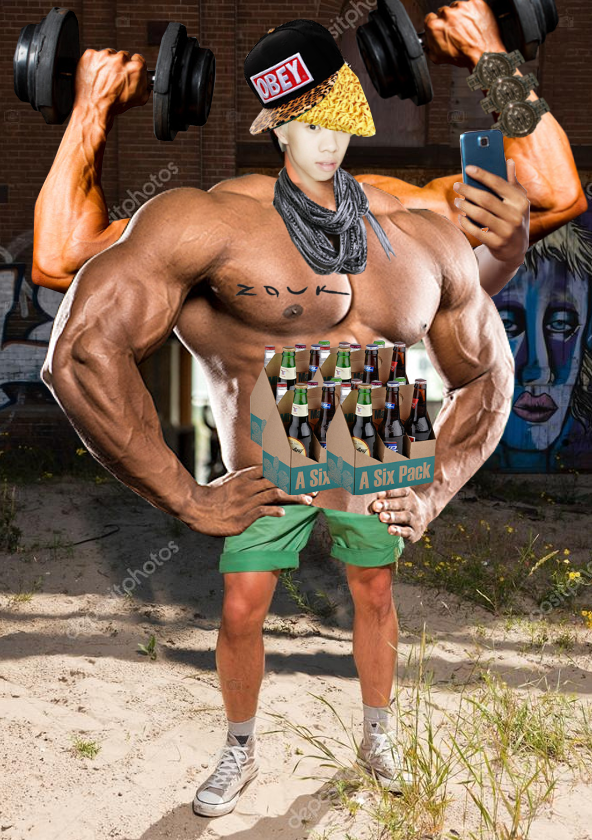 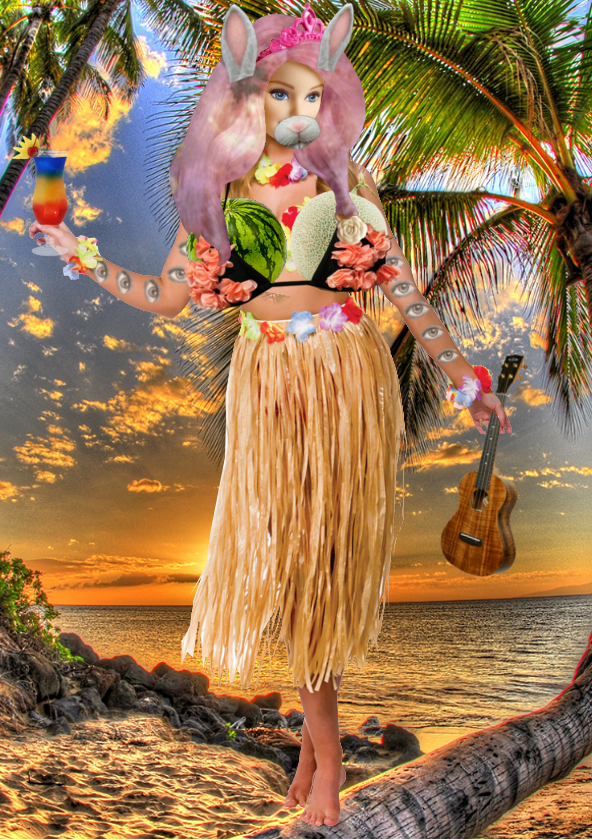 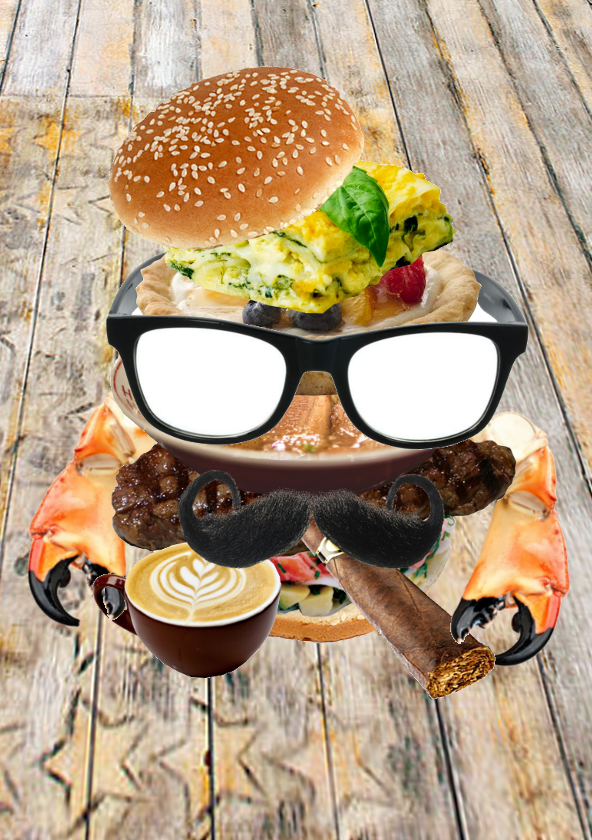 Taking a train and waking up in a strange world? What might this exciting event bring us and who might we encounter? The world I have chosen is the “fake” world of images, which was inspired by instagram photographs. In this world, individuals may customise their body to their liking, and appearances will demonstrate their personality and capabilities. Basically, it’s a world where appearances mean everything.

The first individual (which I endearingly dubbed fboii) has the image of a male who often works out at the gym, believes he is stylish and overall acts as a hipster. I placed various body enhancements such as the muscular chest, strong arms, and even the twenty-four pack to suggest his image of being powerful, he believes working out at the gym makes him almighty and better than others. To point to others his “superiority”, he has his fifth arm (yes he has five arms) hold a photo to take a selfie while the other four pose and lift weights. To further show how he is “different” from others, I picked out a location with graffiti’d walls to get the hipster sense. The watermarks on the location are placed to further emphasize on his attempts to be at somewhere “normal people” don’t appear at. Thus fboii represents the overly egoistic male who presents so through his body.

The second individual (which I conveniently dubbed fgal) is conceptually similar to fboii, after all they come from the same world. The individual enhanced their “melons”,  upgraded their face to a barbie-like one, and even have hair with the glimmer of the galaxy. The location picked was a fake-looking hawaiian beach, this shows her ability to travel and keeping up with the trends, complete with a cocktail in hand as well as a ukulele to show the hipster/popular hybrid. The eyes on her arms show that while she flaunts her appearances, she is keeping a close look at others to see if she has been outdone as well as what impression others have of her. Thus fgal represents the narcissistic female with a competitive personality that struggles always be updated with the times.

The third individual (which I lazily dubbed fburger) shows the type of people who only takes photos of food. This particular individual deems themselves a food critic,  someone of reputation and enjoys a large variety of food of no particular style. Hence the design is a mix of food items that you might not expect to go together, for example the fruit tart placed on the bowl of ramen noodles. I tried to give this character the café-hopping hipster feel so I supplemented the design with glasses and a mustache, which also makes the individual seem more anthropomorphic and blending in as a character better to go with the other two.

The project was interesting, I got to mix and match many elements of people and emphasized on stereotypes. The freedom to modify the characters and the world setting also allowed play on whatever we wanted, so I could create a “fake” world here, rather than only creating physical and less fictional sounding worlds. This project allows us to use body and visual elements to demonstrate features of characters to be inferred despite no other information granted, which is interesting and allows various experimentation and various results to be seen. It also seems great as an icebreaker project as we get to know one another’s thoughts on what kind of characters someone can create and what they can do. Overall a very fun project.