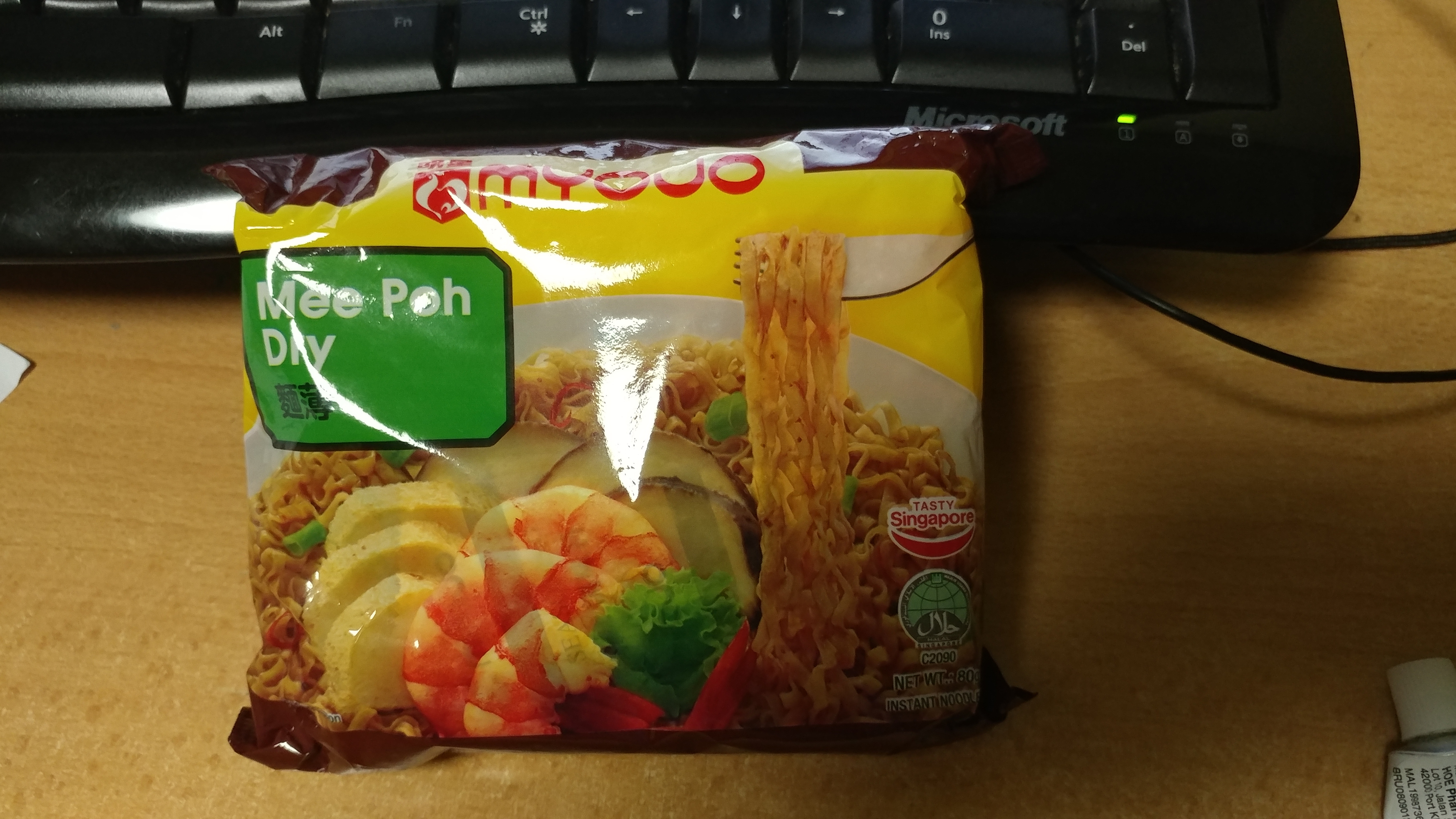 Project 2! This is the food item I obtained – Myojo Mee Poh Dry

The project involves text to express the item, specifically in the form of an advertisement. 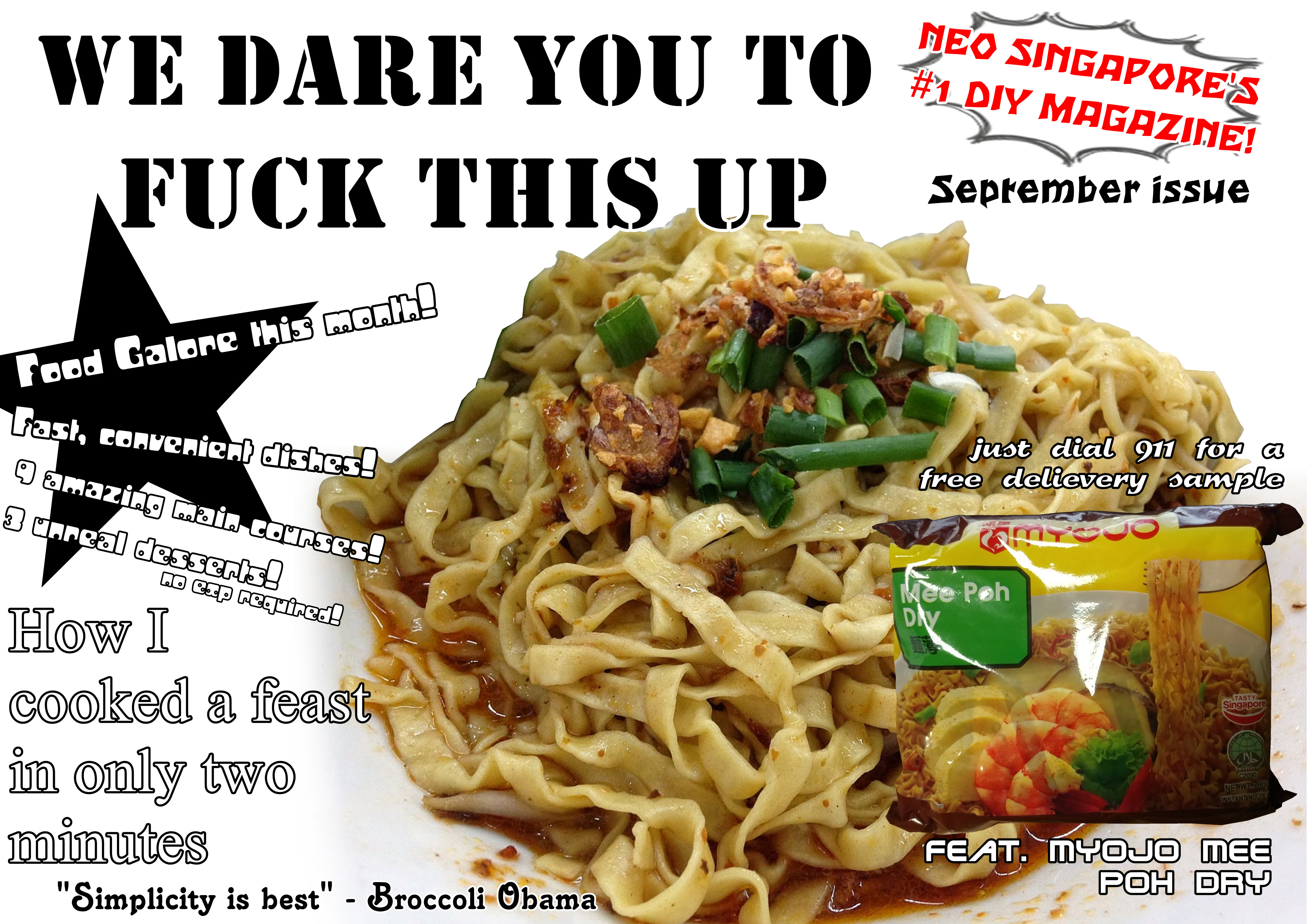 Here was the initial idea I proposed – Messy and vulgar, enhanced with a local touch. Here I was trying to bring out the elements of noodles rather than making a standard advertisement to sell the noodles. The elements I went with involved: Simplicity, Fast, Flexible, Convenient, Foolproof, and Subtle; these elements (except the last one) are spread across the suggestions of text.

The overall design was a mix inspiration of food magazines as well as food advertisements you might find in places like a hawker center. The food is portrayed in a rather simple manner, while words surround them, giving a bombardment of information. I tried to make it a mess, so the focus was not on the noodles, but on the text, hence to amplify the subtle element of noodles. After all, noodles is a very subtle dish by nature, the noodles are carbohydrates as a medium to make the soup or broth more filling and practical to eat.

The main issue however, is that while I try to bring out the subtle element of the noodles, I fail to present the advertising factor as they kind of contradict each other. Hence I moved on with a different design. 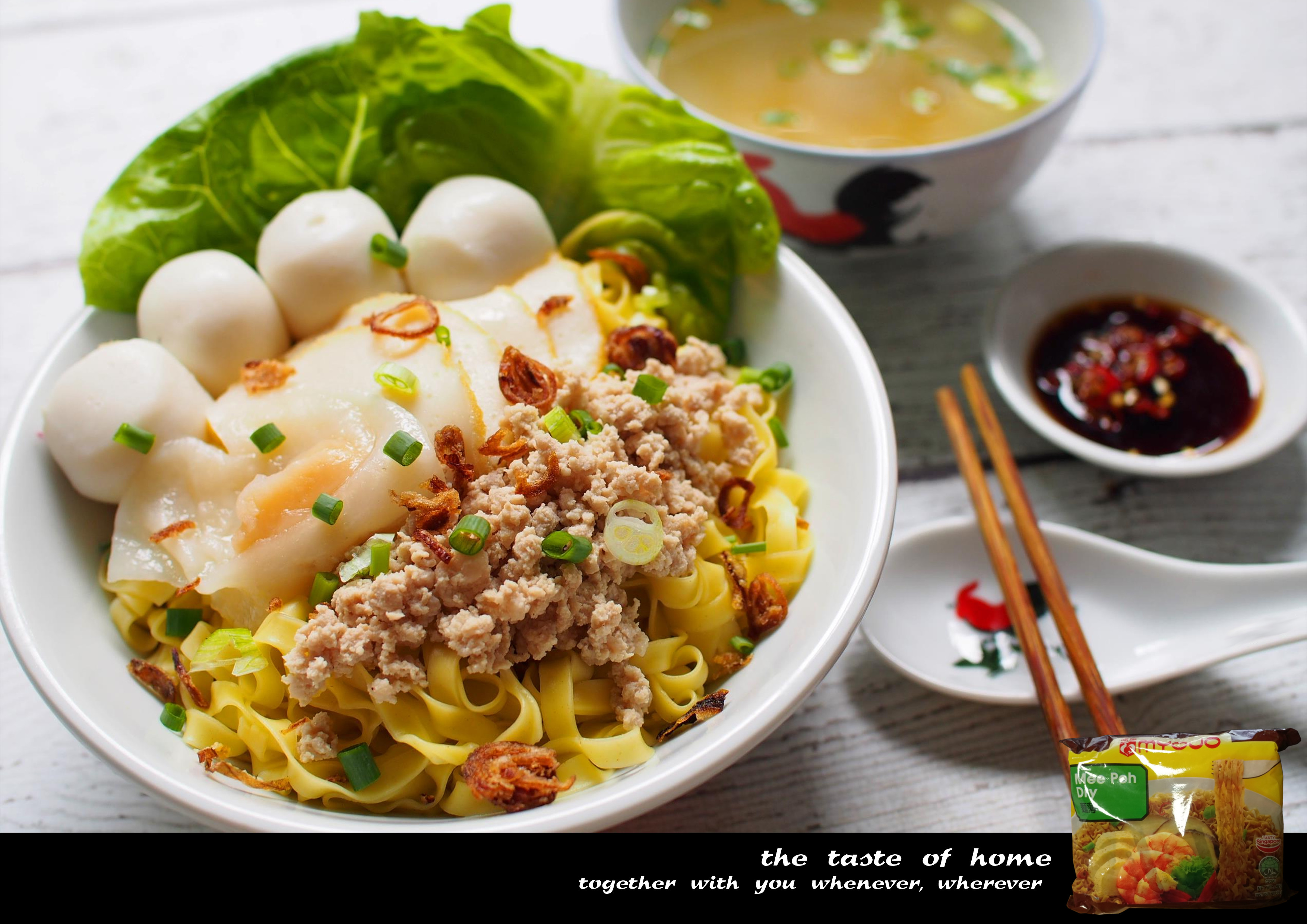 Revised, I decided to scrap the whole messy vulgar idea, and tried something more straightforward. The elements I decided to go with this time are the homeliness the local noodles variety present, and the portability of instant noodles. This time the noodles are presented on a china bowl with accompanying soup and chili. These objects give a sense of eating with family, eating at home. The idea I presented here is that while you might be elsewhere, for example living in a school dormitory, you can always bring these noodles along to emulate the sense of home. Since we have to have an image of the original item, I placed the photograph of the noodles at the end of the chopsticks. This makes it nicely put at the corner of the advertisement to accompany the words, as well as show that you can hold it with your chopsticks, showing the idea that it is a desired choice for a food product.

Overall the project wasn’t as “fun” as project 1 where we were more unrestricted in making whatever we want, but I do felt like I learnt more ’bout structuring text to complement and/or to compete with the image for attention, both fulfilling different possible objectives.