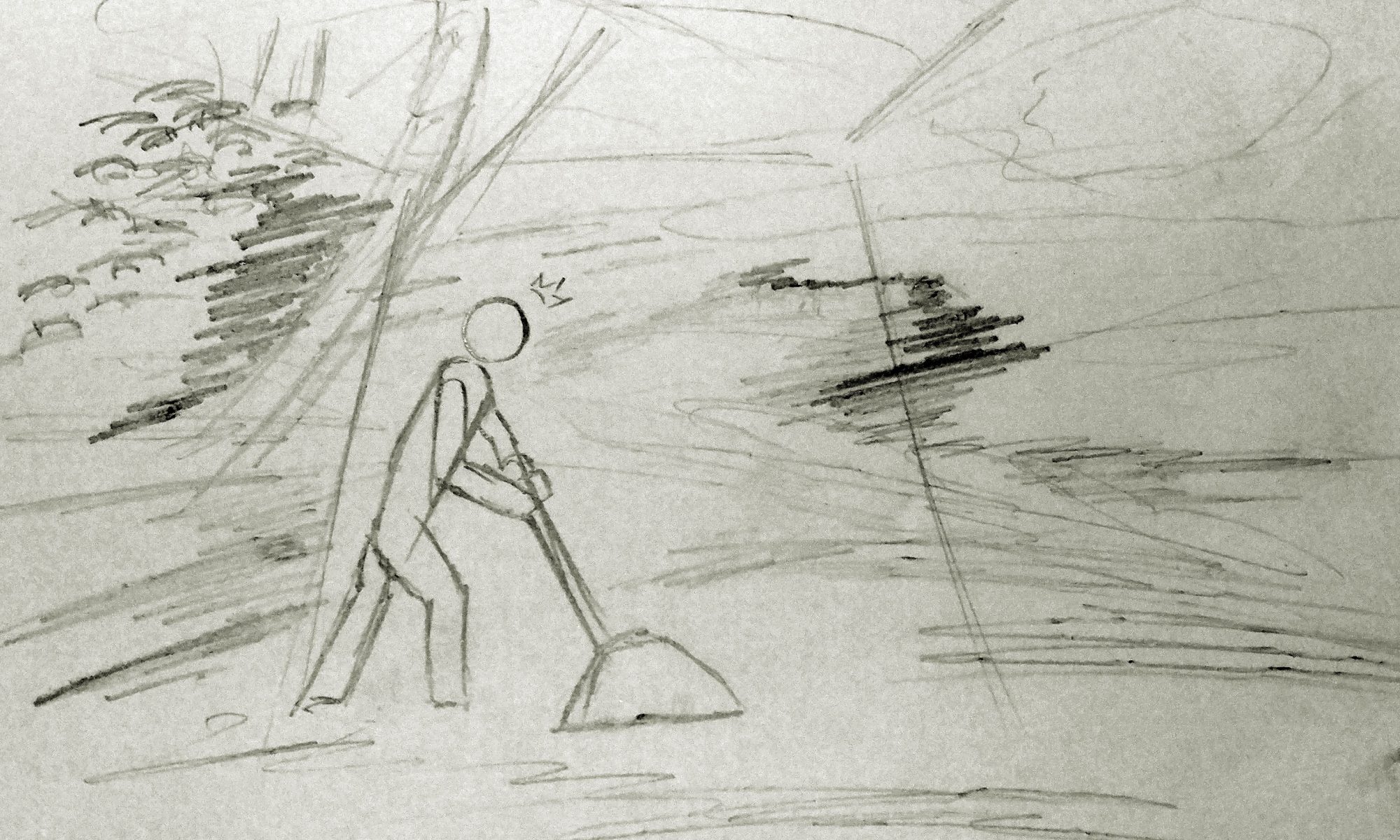 The project involves a single person entering a room surrounded by screens playing moments in peoples’ lives in the urban city, but in fast forward, making it seem like a collage of people living in the urban city. Slow Jazz/classical music is also being played in the room.

In the middle of the room, there is a lever; nothing else can be interacted with, hence the audience would instinctively attempt to pull it. However the lever takes some effort to pull, and effort is continuously needed to hold it down. When the lever is held down, within five seconds the collage of videos suddenly slow down and pause an a certain happy scene (such as a scene of a birthday party), out of many possible scenes. The music also fades out in the meantime.

Sounds of water start to play, as if the audience sunk into a large pool of water. Meanwhile the images on the screen slowly darken over time. Large bubbles slowly float out from the bottom of the screen to the top occasionally. The microphone on the lever also turns active and the audience will begin to hear sounds of their breathing after a few seconds.

After a minute of holding down the lever, heartbeat sounds start to play, with increasing intensity. After two minutes of holding down the lever, the scenery starts to change to childhood scenes such as playing in the park, in sepia. Sounds of nature such as trees swaying, birds chirping start to play. If the lever is actually held down for five whole minutes, the music fades out, and the screen fades to white, with black seeping in from the sides until everything turns black. The lever’s pressure will also increase, making it harder to hold down. Nothing else will change until the audience releases the lever.

At any point of the interaction, if the lever has been released, the interaction resumes to the initial stage, with the slight difference that the collage and music was not “paused”, but rather just muted for the duration; the audience will notice there was a skip in time in that duration the lever has held down. Additionally, if the lever was held down for at least fifteen seconds, once released, the lever would be locked, and cannot be pulled down again until the audience leaves the room.

The intention of the interaction is for the audience to feel the continuity of life in their absence. When the lever is held down, the is a pseudo imagery of sinking into water, and one has to “hold their breath” of sorts, as the need to continuously pull down the lever for the scenes to continue changing. The lever’s pressure will increase as the stages pass, so it is expected for it to be released after the second minute.

Once released, the audience will be able to notice a gap in the fast forwarded scenes as well as the jazz/classic music, making them realise life still goes on despite the lack of one’s input.

The interstice I’m working with here is the gap in life. When the lever is held down, the audience jumps to another space, some trapped in nostalgia and happy thoughts, but however these memories of the past trap the audience from facing the future, and hence when they return, they seemingly jump into a further point in the “present”. The idea of the lever not being able to be pulled down again is to show that a second chance does not always prevail.