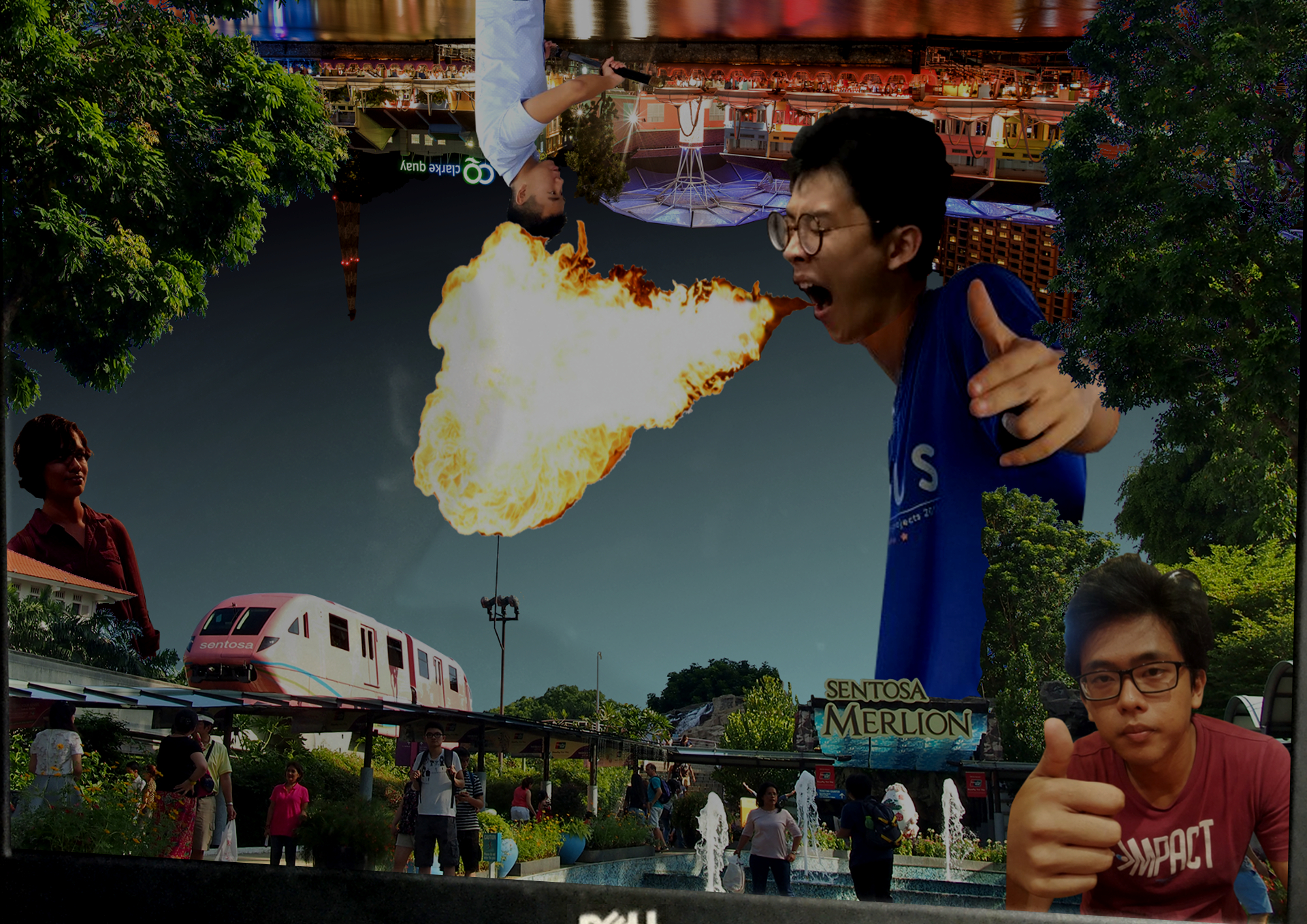 A continuation from the last project, we have a paradoxical image with us somewhere in it. Here I attempted to playfully hide my real location by creating various distractions in the image while I blend off into the background to hide. This image shown here was been projected to be cleaner than the physical version (which was intentionally done to make myself barely visible by the way) so I am more visible.

The first layer of paradox, is what is happening in the image. We have a person replacing the merlion, and he is breathing fire instead of projecting water as we expect. Also by comparing size and scale, he is a human of much larger size. The various other people that stand out from the crowd at the bottom also have their size and scale modified, some even in the foreground of the picture, showing less defined fabrics of space and placement. The top half of the image also depicts night and an upside-down Clarke Quay the night while the bottom shows Sentosa in the day. Some characters even seem to be interacting, such as the girl at the left cringing and backing off the flame, while others such as the dude on the bottom-right posing towards us, as if he knows we are observing them. The characters are also placed around the image, with the most blank space in the middle of the image, this is for implying there is no real “main focus” and the attention should be spread throughout, especially if you are actually looking for my location which was made less obvious.

The second layer of paradox involves me, who titled the work “Fun at 2 a.m.”. Contrary to the title, I was fairly tired and was not exactly having fun at 2 a.m. This image was taken as a reflection of me staring at a laptop screen while working on a collage to show paradox. Hence I am, in fact, the paradox.

The focus on the picture was made to be spread out as the image of me was spread over half of the screen. Thus to observe the paradox, one must open up their attention to see the big picture.

This project was overall pretty fun to play with. I know I did mention that working on it physically was not fun if I was worn out at night, but creating the concept was interesting. Personally I don’t like putting myself into art, so I cunningly thought of a means to portray myself as the focus yet not making it explicit. After all, where is the fun if everything is pointed out for you? Thus I purposely hidden myself so the class can have the first layer of fun to discover me (granted, it was pretty hard) before they get to experience another layer of fun as a explained my concept.

p.s. here is my btw if you haven’t found it 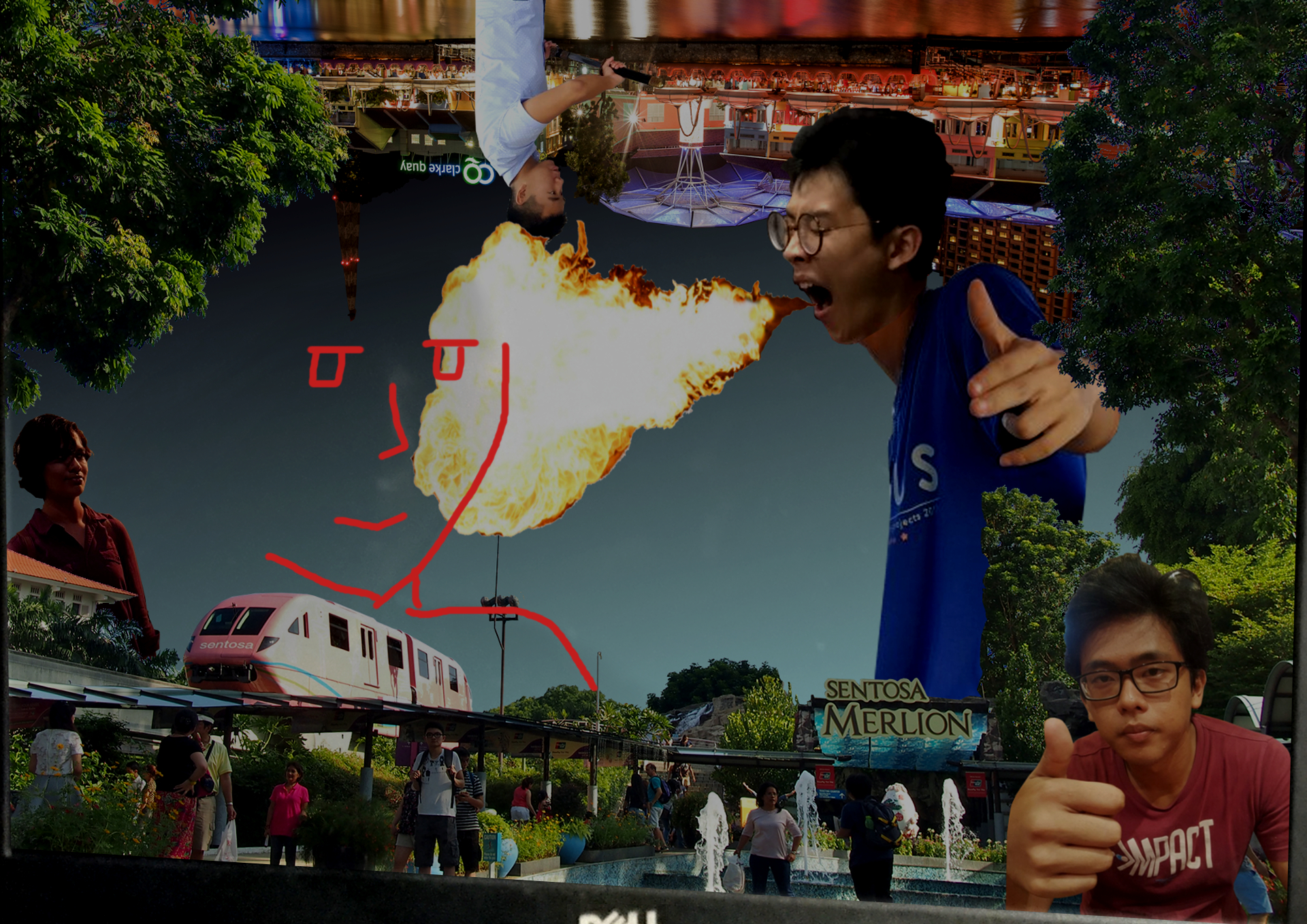