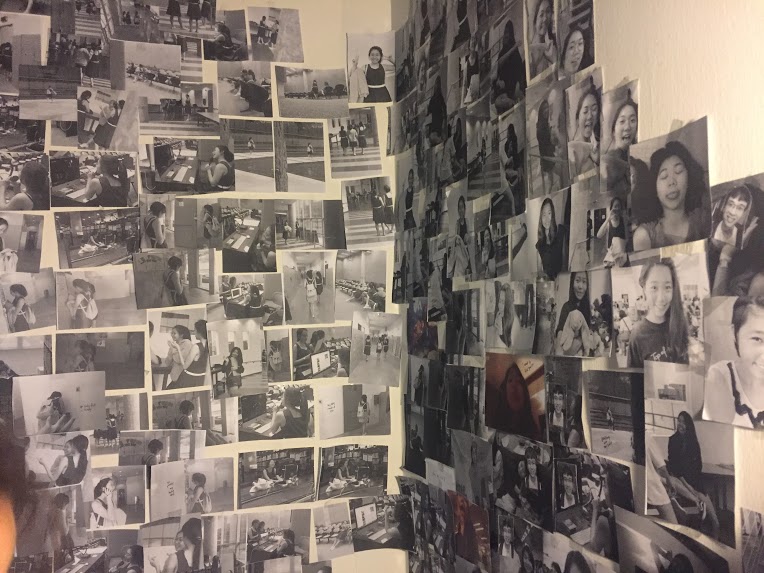 Jane, 16, an avid  super fan of Adam Levine, studies at Paya Lebar Methodist Girl’s school. Unbeknownst to her, she has fallen prey to the stalking of a retrenched security guard in her school, who gets photos and information of her interests and whereabouts from her social media platforms. Jane went missing after going to collect a suspiciously good deal for tickets of an Adam Levine concert, leading us to the room where her fate was sealed. 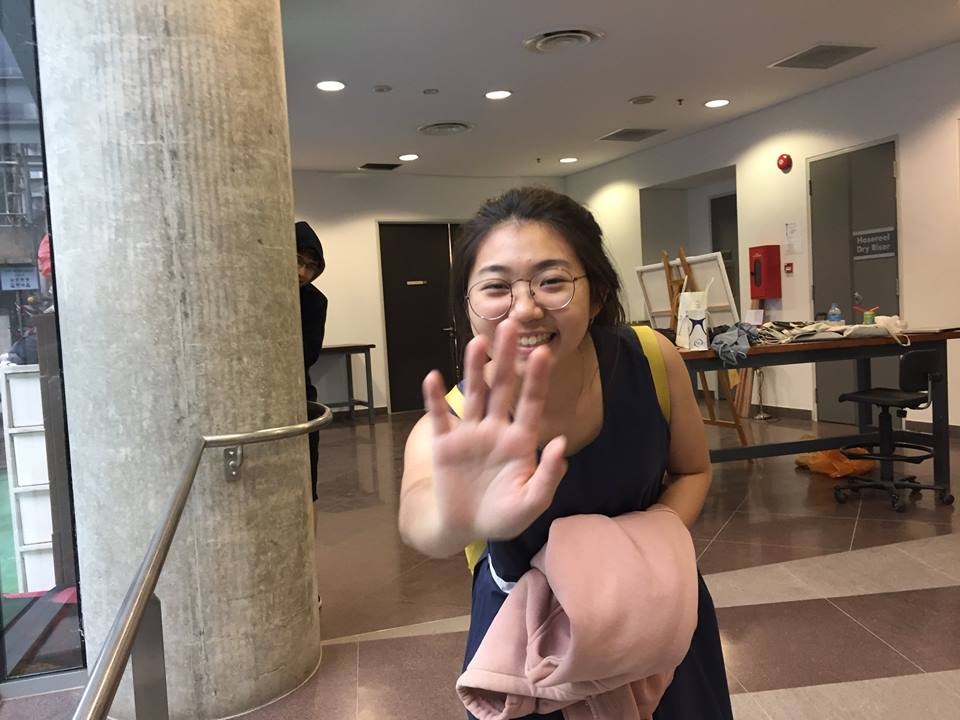 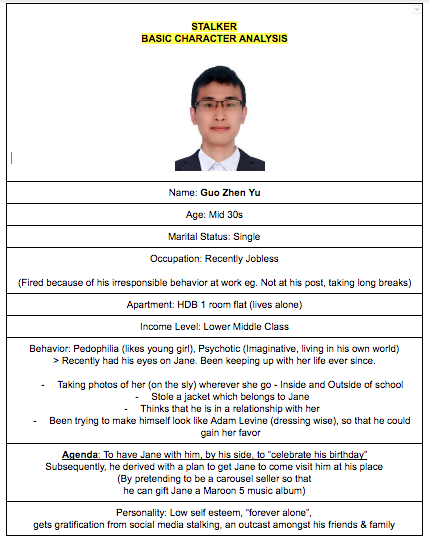 Reference:  In the story, Humbert starts a diary in which he records his obsessive and imaginative sexual wishes about Dolores. We referenced Humbert’s obsession with young girls between 9-14, whom he refers to as nymphets and his affection for his “Lolita”. We made Zhi Yu see Jane as his possession and present, where he calls her “baby doll” and uses a doll motif to represent her. We tried to represent his “innocent” and “pure” love for Jane in a warped and twisted manner.

Aim and Viewer’s interaction
The installation aims to convey the creepiness and intensity of someone’s obsession with a taboo subject, in this case an adolescent girl. Our space mimics a room of a stalker that reveals his obsession with Jane and the eventual result of her careless use of social media and his psychotic nature.

Choice of space
Initially, we wanted to use the staircase exit for a room but it was not approved due to it being an emergency exit. We found a convenient space with a window to construct the room. To establish a confined and dark space, we used string and garbage bags to create a boundary and roof.

References (Space – Room of a stalker) 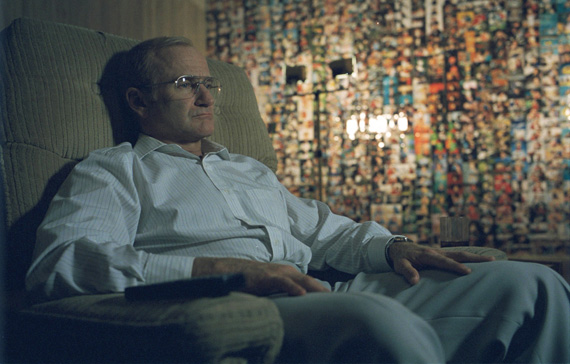 The main character, Sy, is a photo technician working at a one- hour photo store. He lives a solitary existence and is shy and socially inept, and has grown obsessed with a family that are loyal customers of the store. His obsession grew to the extent of enshrining them in his home with their photos that he copies in secret. The movie demonstrates how traumatising and terrifying being monitored through the camera lens can be, inflicting psychological harm on its victims.

Reference: We wanted our space to reflect how scary and creepy someone’s obsession with an unrelated person can be through the bombardment of images. We referenced the photo wall shrine Sy made of the family for our room.

COMPONENTS OF THE ROOM 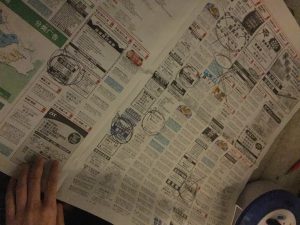 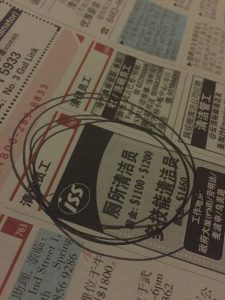 Chinese newspapers with jobs circled out – his unemployment 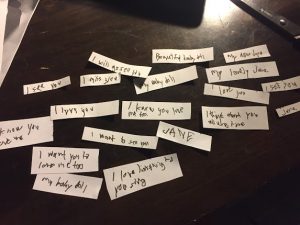 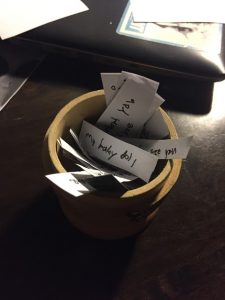 Notes of his desires towards Jane – mild level 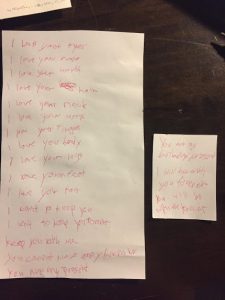 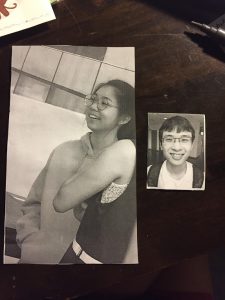 “You’re my birthday present”
“I will be with you forever”
“You will be with me forever”
> Implying what could have happened to Jane on Zhi Yu’s birthday, 15 November

Aim and Viewer’s interaction
We wanted to create a link between the images in the room and the information the stalker has about Jane with Jane’s social media outlets. 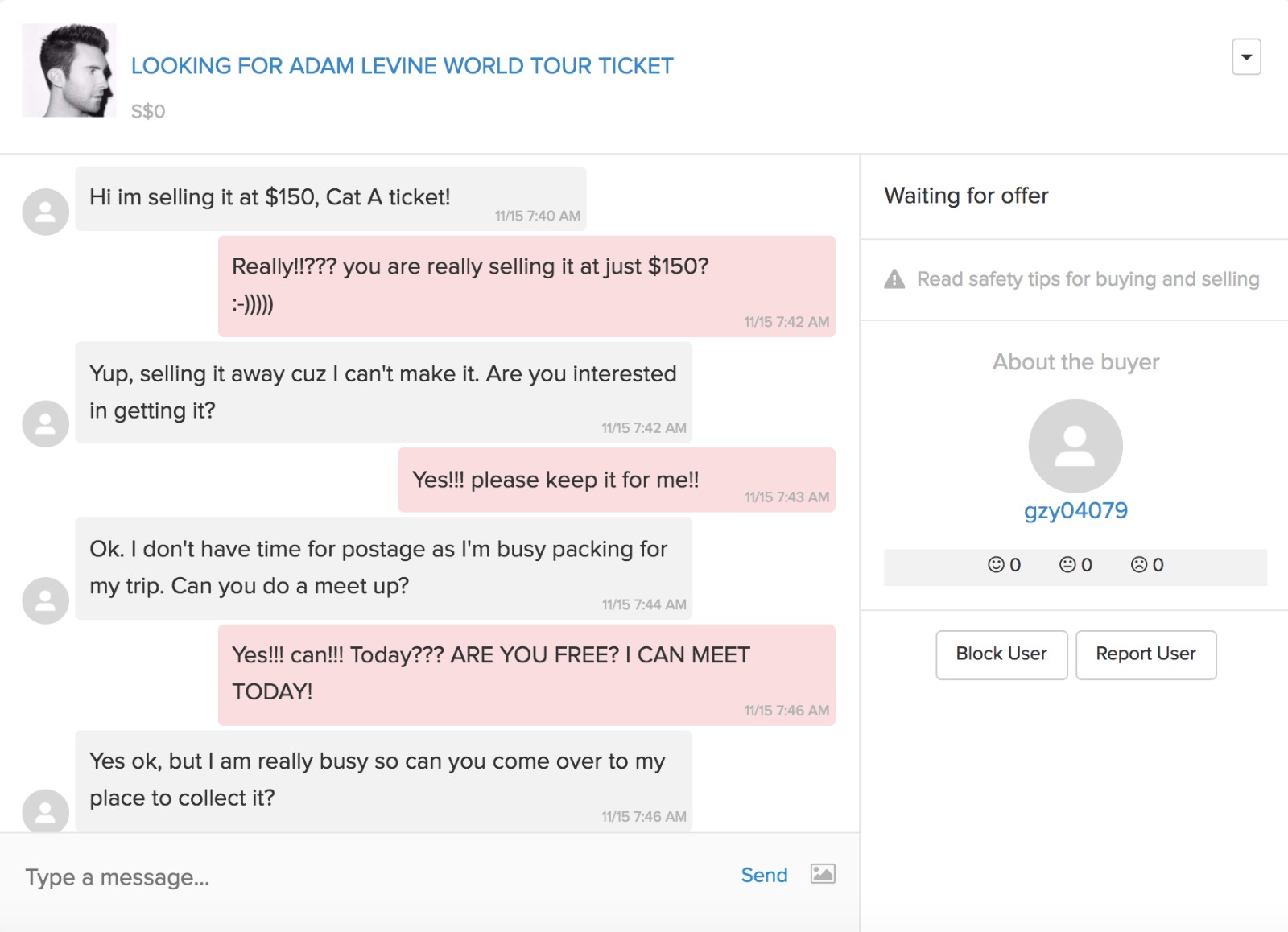 Lighting – Our main source of light comes from the table lamp as we wanted a tight and dark space.

Sound – The sound was a recording of the stalker singing a birthday song to himself over the sounds of a girl’s (Jane’s) muffled cry for help. We recorded it with an ambience noise. The sound clip was looped for the entire span of the installation.