INTERSPECIFICS is an artist collective from Mexico City (founded 2013), experimenting in the intersection between art and science (Bio-Art/ Bio-Technology). Their creative practice revolves around a collection of experimental research and methodological tools they named “Ontological Machines”, which involve exploring the communication pathways between non-human actors and developed systems, such as machines, algorithms and bio-organisms. Their body of work focuses on the use of sound and AI to deconstruct bioelectrical data and chemical signals of various living organisms as generative instruments for inter-species communication, pushing our understanding of the boundaries of human nature and its counterpart, the non-human. 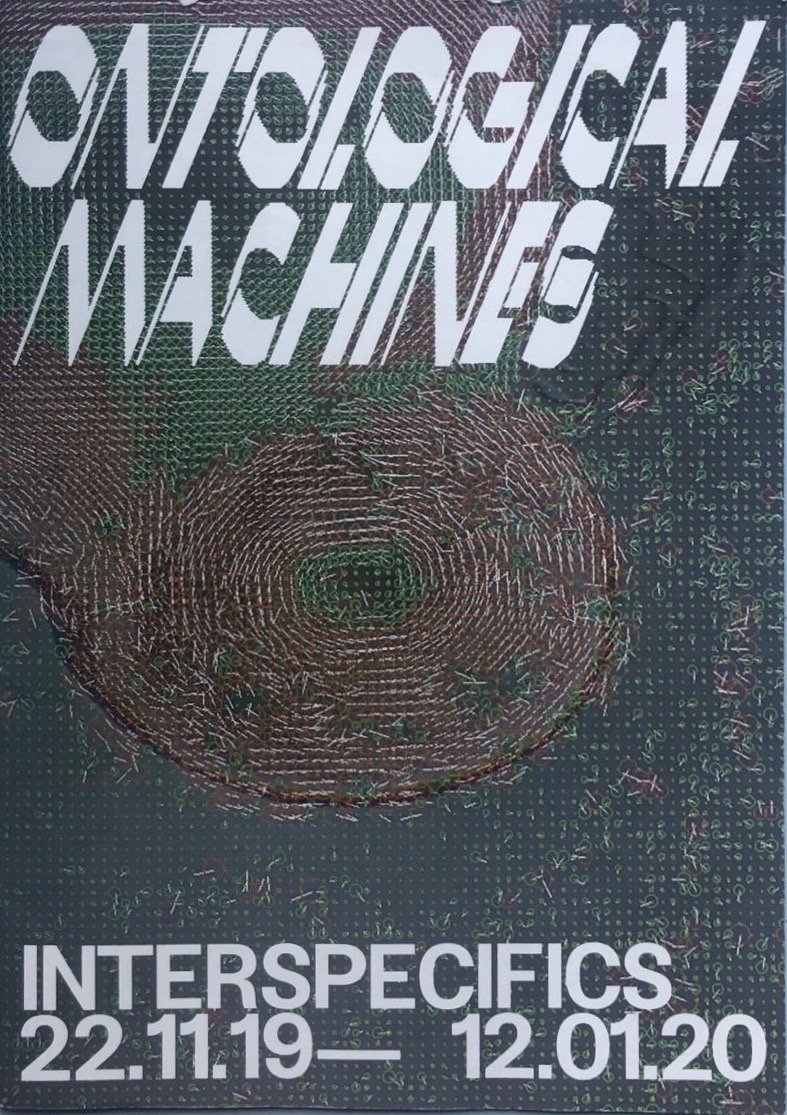 An exhibition presented by INTERSPECIFICS of two installation-based sets of hardware they define as ‘ontological machines’. The methodological classification serves as a framework to explore the complex expressions of reality, where the systems/ mechanisms exists as communication tools which breaks down the patterns of bio-mechanisms using electromagnetic signals and artificial intelligence.

“Micro-rhythms is a bio-driven installation where small variations in voltage inside microbial cells generate combining arrays of light patterns. A pattern recognition algorithm detects matching sequences and turns them in to sound. The algorithm written in Python uses three Raspberry Pi cameras with Open Computer Vision to track light changes creating a real-time graphic score for an octophonic audio system to be played with SuperCollider. The cells are fuelled using soil samples from every place where the piece is presented, growing harmless bacteria that clean their environment and produce the micro signal that detonates all the processes in the piece. Understood as an interspecies system, the installation amplifies the microvoltage produced by these microscopic organisms and transduces their oscillations into pure electronic signals with which they create an audiovisual system that evokes the origins of coded languages.” 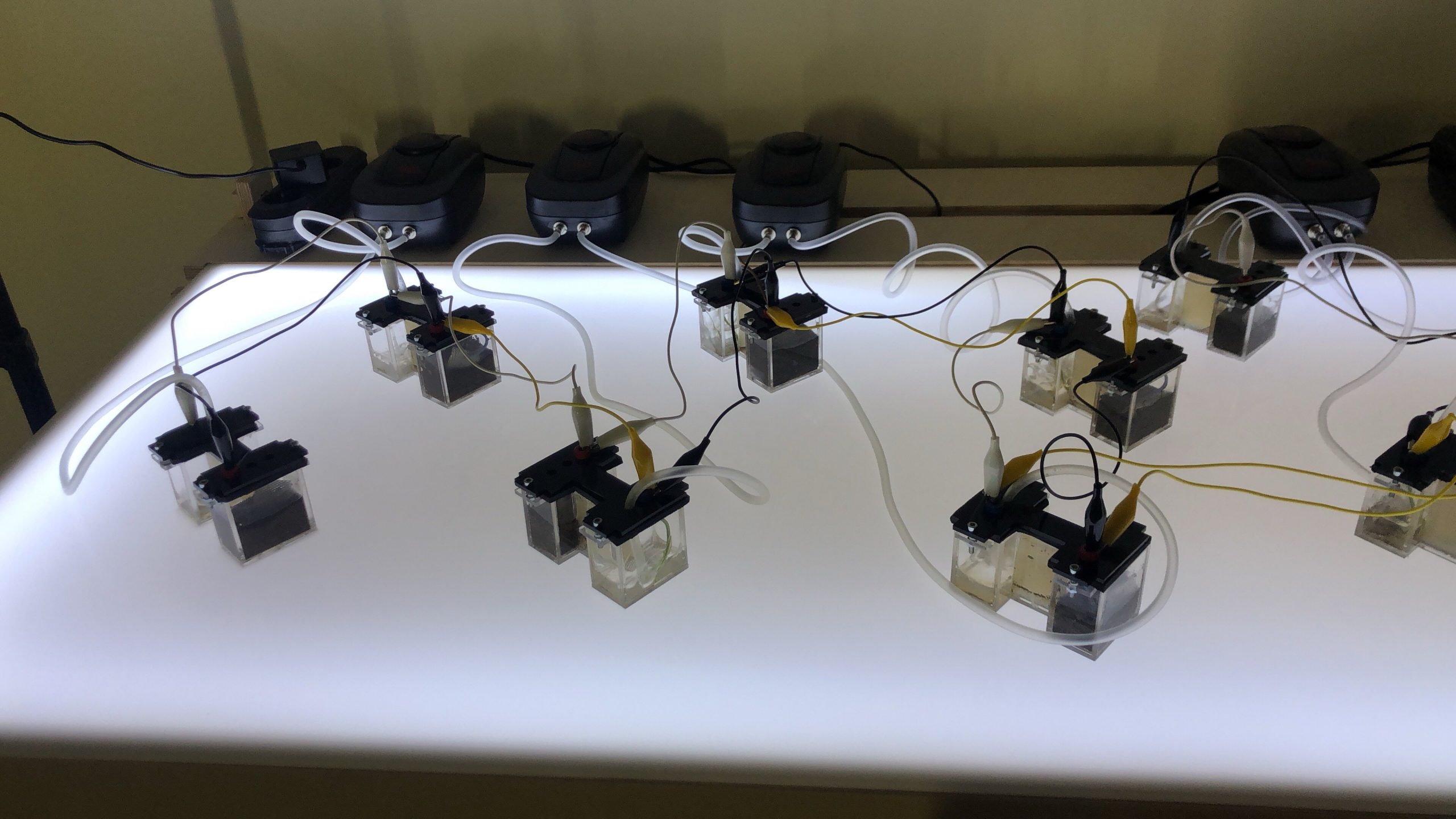 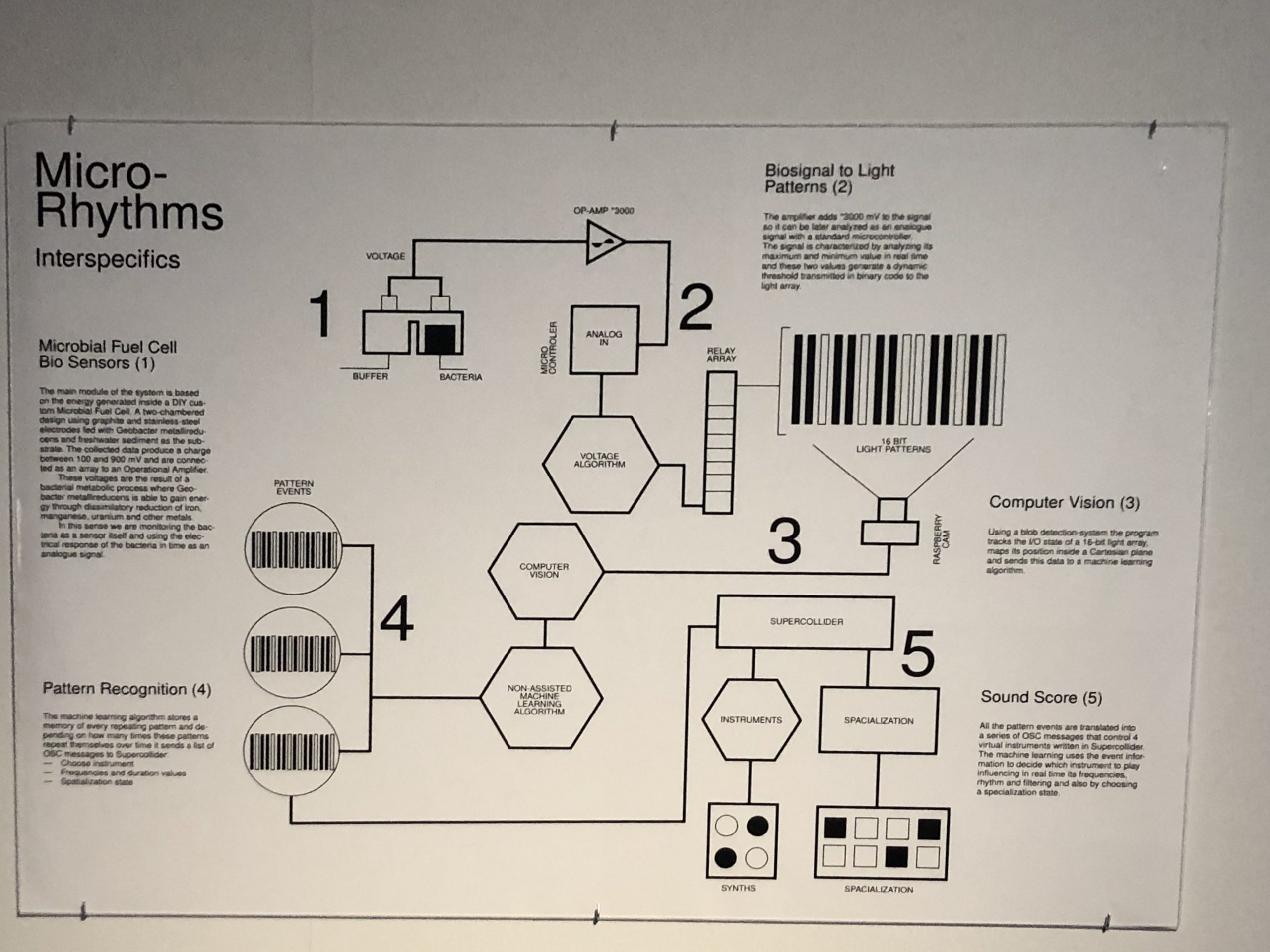 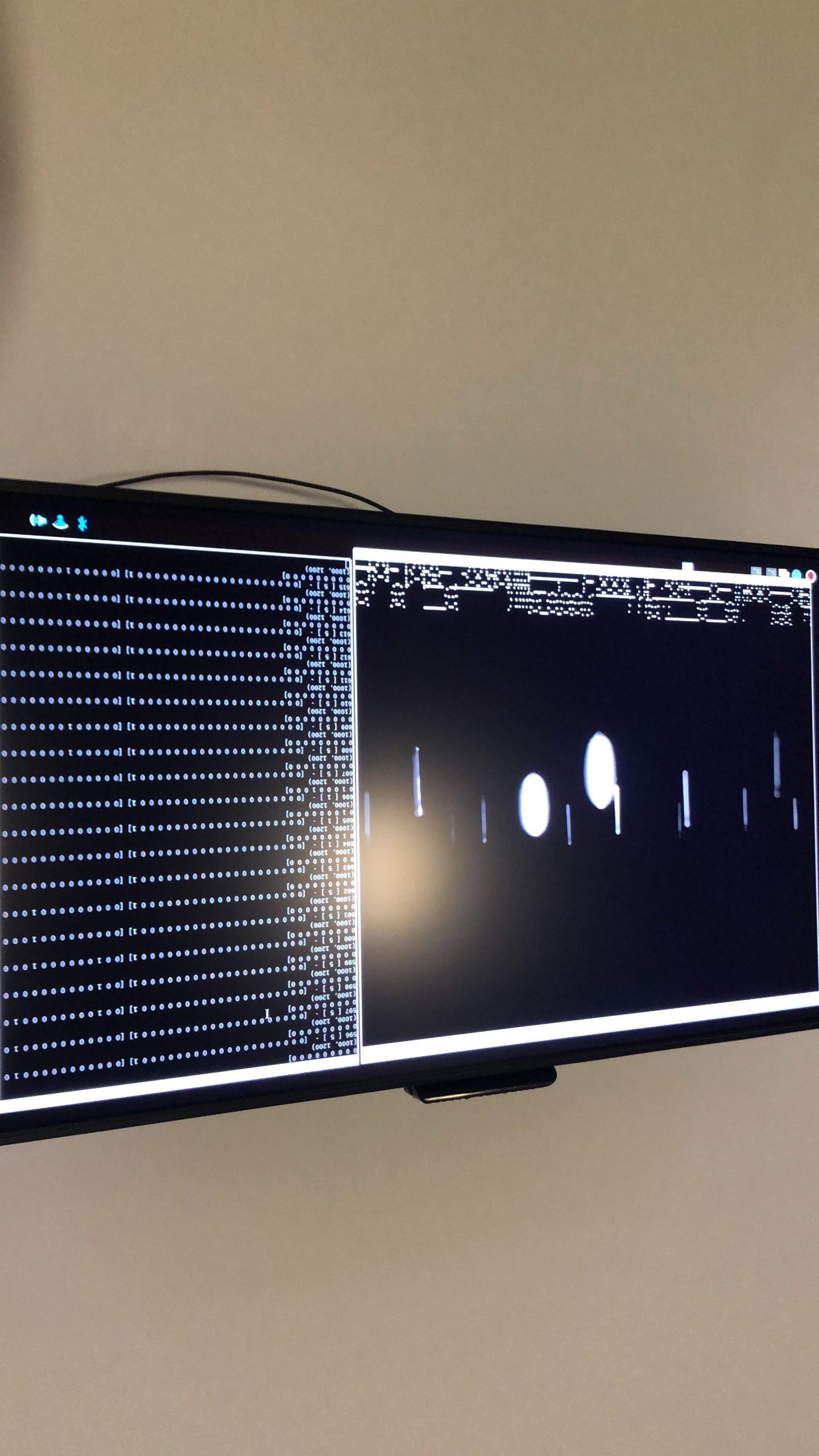 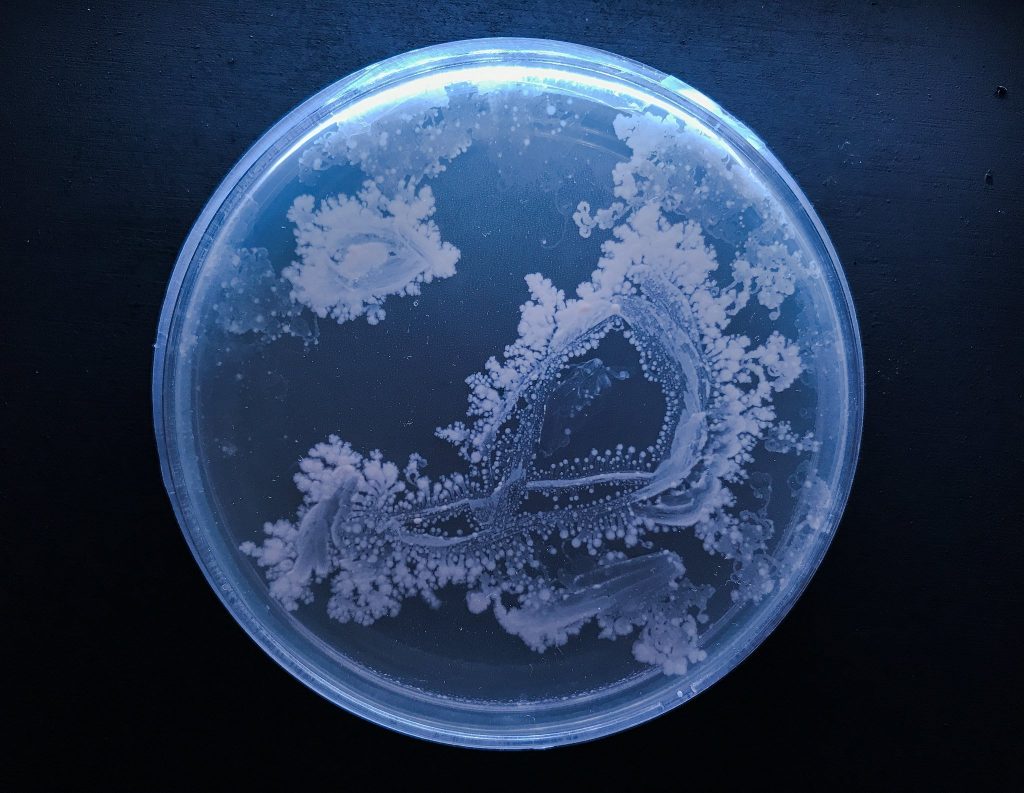 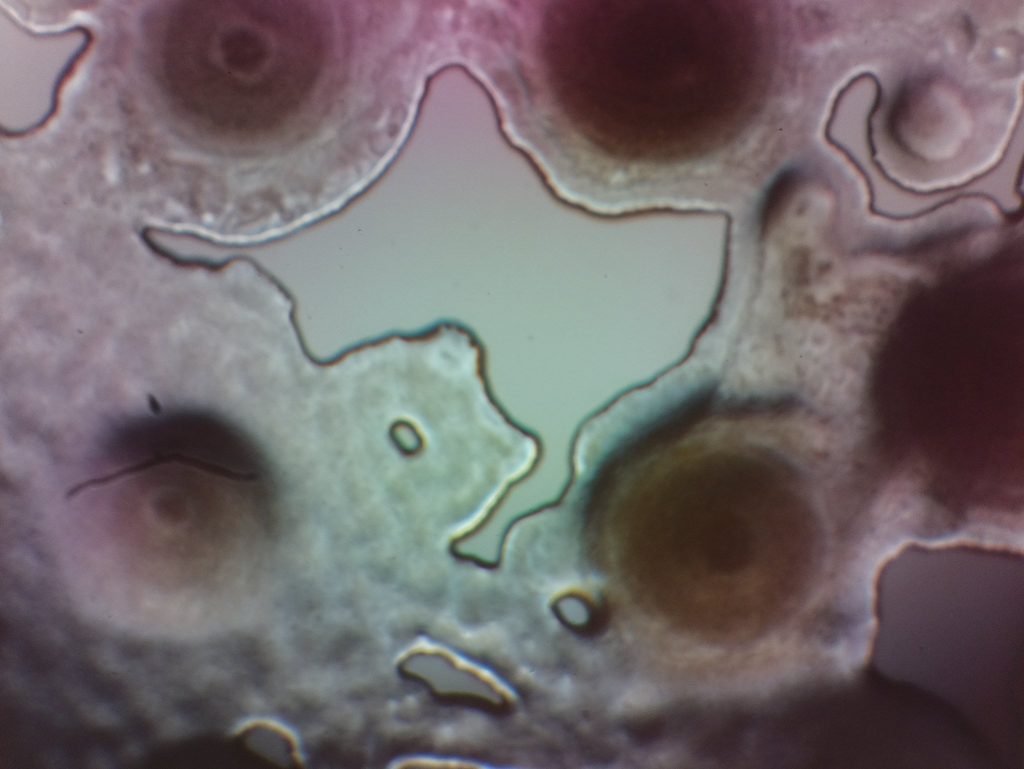 “A machine that can observe and learn from a microorganism and uses the data arising from its behavioural patterns as a source of composition for an audiovisual score. This project is focused on the creation of an artificial intelligence that has the ability to identify repeated coordinated actions inside biological cultures. The AI stores and transforms these actions in to events to which it assigns different musical and visual gestures creating an auto-generative composition according to the decision making logic it produces through time. To accomplish this we will development an analog signal collector and transmission device able to perform its own biological maintenance and an audiovisual platform allowing the expression of these biological signals. The resulting composition will be transmitted live via a server channel where the coevolution process can be monitored in real time. Inspired by research centres such as SETI (Search for extraterrestrial intelligence), Speculative Communications is part a research space for non anthropocentric communication and part a non-human intelligence auto-generative system.” 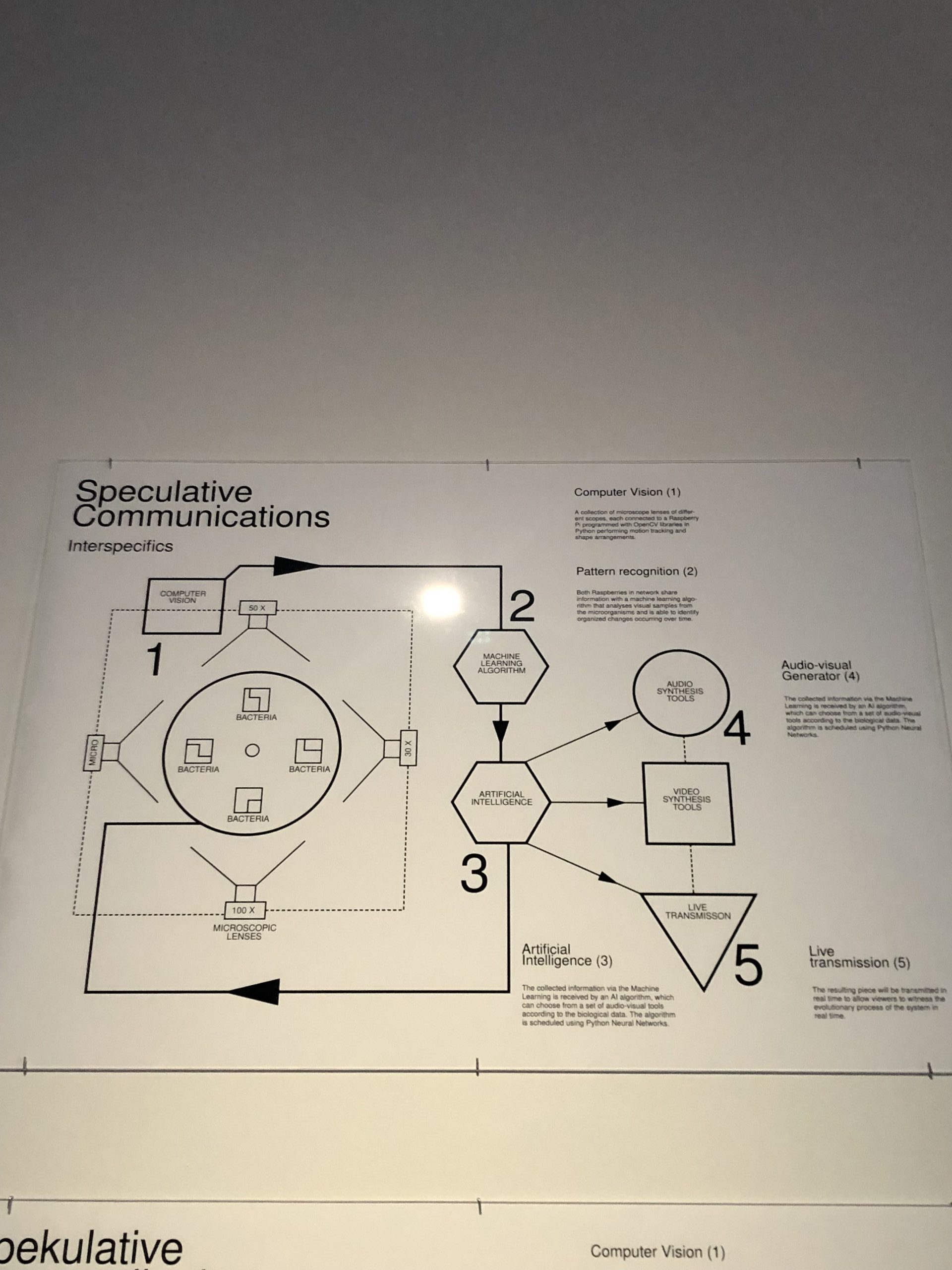 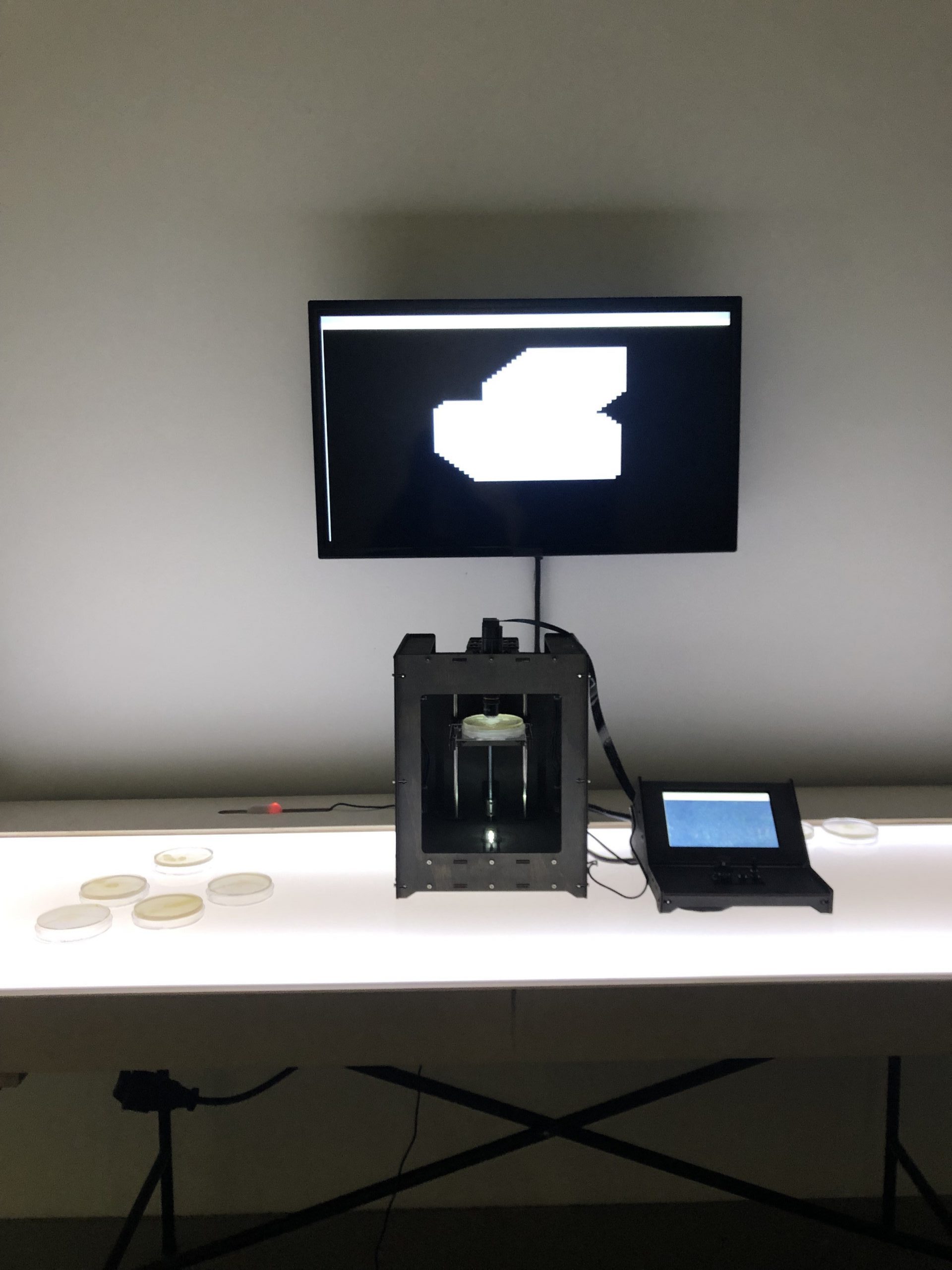 The artistic approach of generating communications through audio-visual means between non-human organisms  is novel to me. The gathering and processing of data using machine learning algorithms and artificial intelligence and the real-time generation of light and sound through the signals serves as a new way for us to understand these forms. The choice of output may be biased to us as humans but do these non-human forms see a need to communicate? Nevertheless, I think INTERSPECIFICS’ paradigm of work is experimental and innovative, the methodological approach focused on their point of interest in Bio-technology (bacteria, plants, slime molds) and creating a communicative link between humans and non-humans through ‘machines’ – a culmination of  scientific knowledge and computer systems.