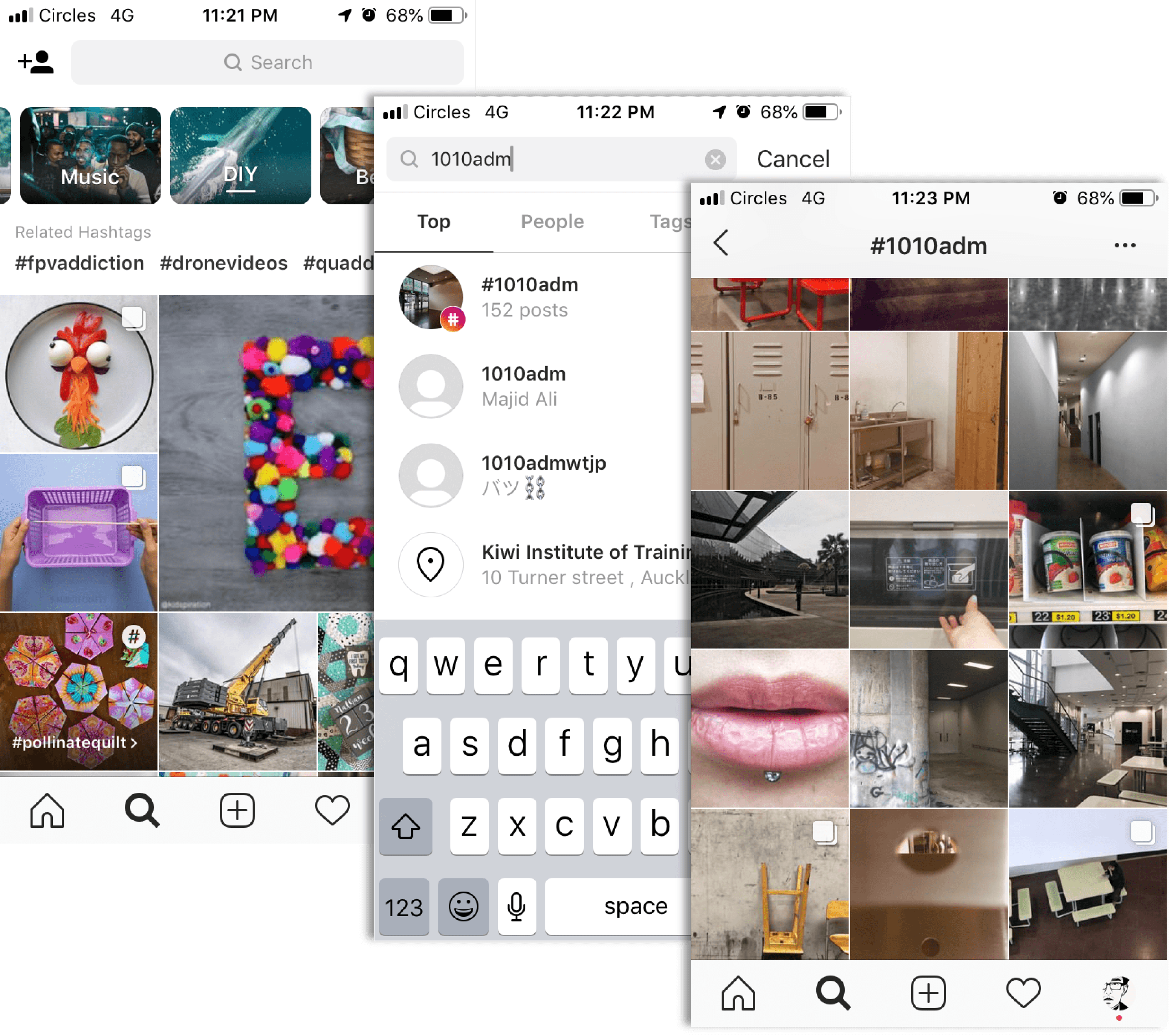 When I first came to ADM, what i saw were glass walls, clean studio rooms, and empty corridors. Designed to the general public that even tourists come from all over the world to take snapshots of the faculty. This space was first introduced when I need a place to do spray-mounting. It made me realised how different the space was as compared to the rest of the building. I could see the juxtaposition of the state of physical creativity between the facade of what we are to others and what went behind the scenes.

There are many applications of mediums planted on the wall and floor, each of them unintentionally contributing to a larger spontaneous canvas.  Towards the right, the wall drops off to the walkway leading to the door. In essence, the wall serves as a canvas for all of the students, where the un-needed can be found. Slowly it became clear that it is valuable to quite a few people when intentional graffiti works can also be found on the wall. It is one of the common characteristics in all of the photos under the tagline of 1010adm because every photo carries a different story from the next person.

However, it can change if a stranger that does not belong to this virtual space – #1010adm, intrudes on the tagline. A random picture would disrupt the familiar storytelling.

The concept of DIY allows each individual to contribute in their own unique way – the area of expertise and experience that adds value to the collective effort of DIWO. As time goes by, a pattern can emerge that builds an identity to the tagline, understandable to the uninformed person.