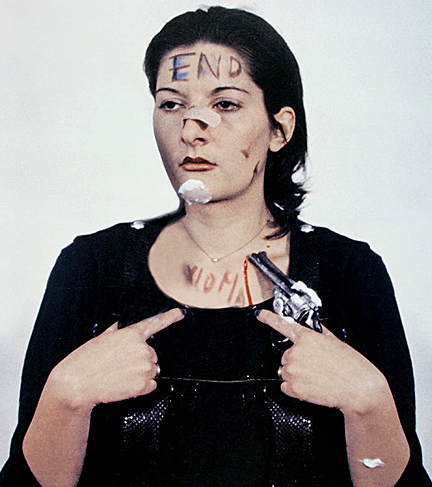 In this piece of interactive participatory art, the artist prepared and placed 72 items ranging from a rose, feather, perfume, bread, wine, markers, scissors, scalpel, metal bars, to even a loaded, working gun on a long table in front of herself and public audience members.

The audience were invited to take any item and do whatever they wanted to/at her, with no restrictions or resistance. The artist stood in place for 6 hours. 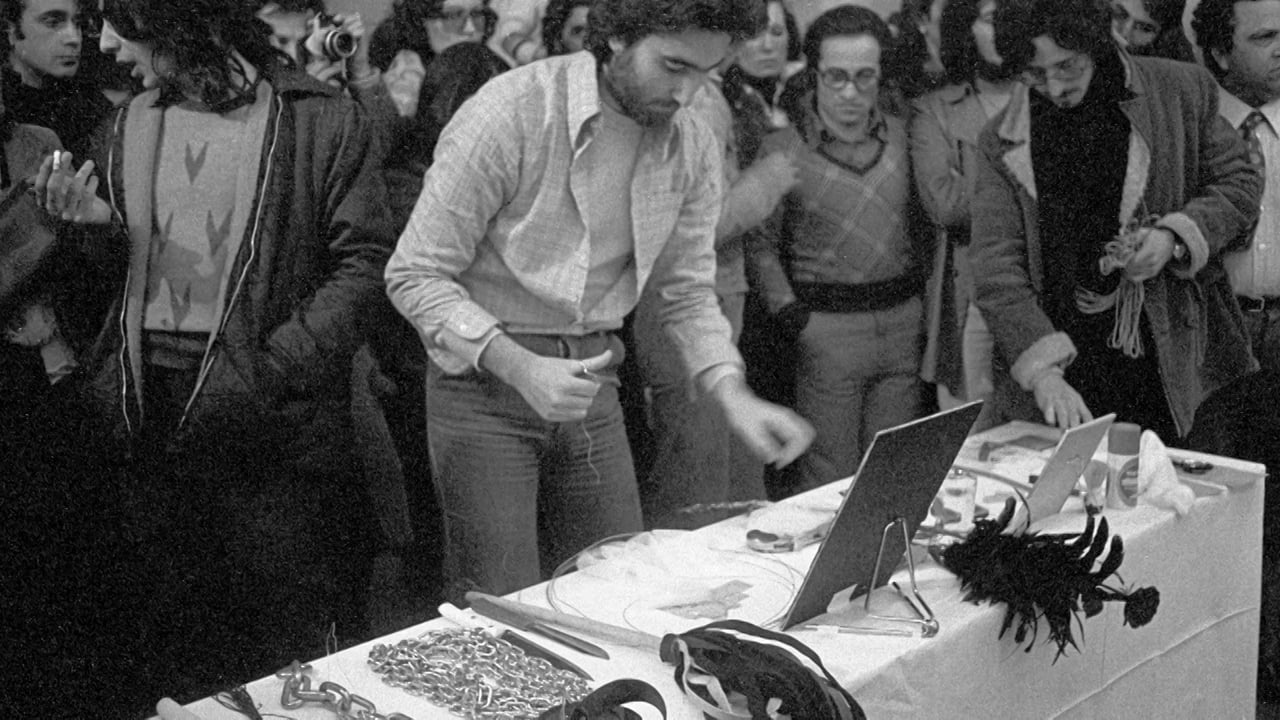 I’ve always loved and had a curious inquiry into the human condition, about what makes us civilized/ socially accepted and what happens when we are free to perform any act we want without facing resistance? Thus, this piece by Abramovic thoroughly moved me, as she had attempted to find answers to similar questions. While researching on what had happened during this demonstration, I had already expected the typical results of harmless and degrading ‘fun’ (taunts written in markers, water splashed on her, rose given to her).

But I had not anticipated the artist’s extreme risk taken of enabling crowds of total strangers with a loaded gun and giving them freedom to do whatever they liked with it to her. Even far less, I had not expected an audience member to pick up the gun and point it at Abramovic, challenging her resilience and integrity to stand by her piece. The artist had also suffered cuts by razors to her neck, blood drawn and skin pricked, all without flinching or calling it quits.

These results left me in shock of what humans can and will do to each other if given enough freedom and prompting. I feel like I’ve found a more than satisfactory answer to the aforementioned questions, but now I am curious to find out for myself what results would be achieved if this was set in a different cultural context and environment?

If total strangers were given free reign to do whatever they like without facing consequences, do we immediately foresee the bad endings or do we give them all the benefit of the doubt? 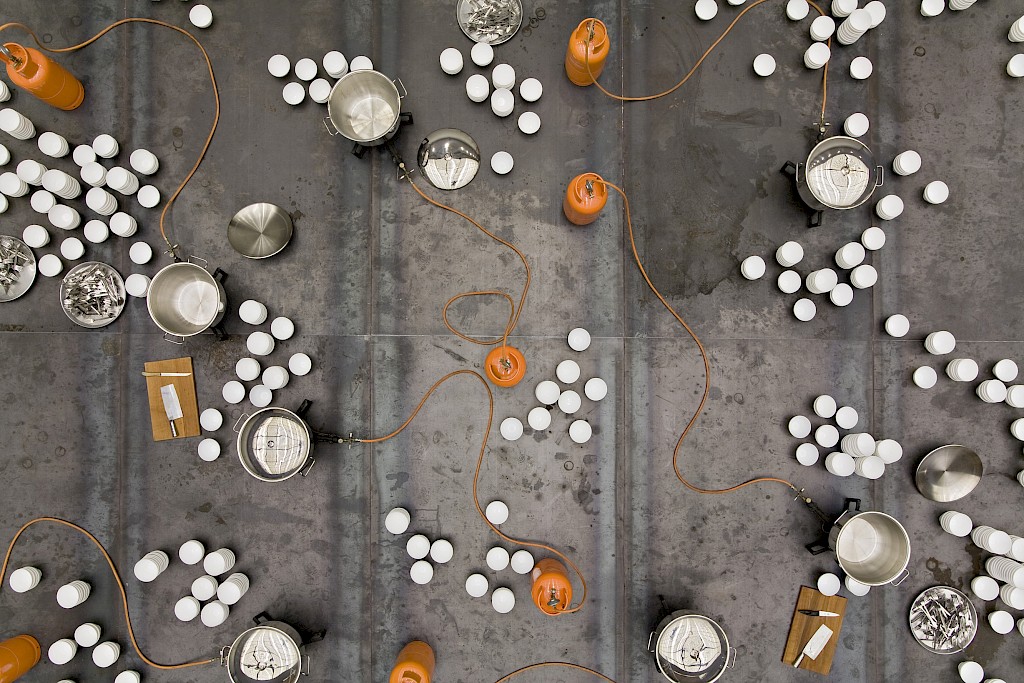 For this participatory artwork, the artist explored the interaction and level of comfort from logic that arises between patrons and the spaces that they’re in.

Kitchen furniture, utensils and crockery, alongside the museum director’s office and person were literally moved and taken out of conventional and socially-accepted context and brought together into a public-access gallery space. The kitchen functioned as per normal, churning out bowls and plates of hot, steaming food for the patrons. The museum director went about his office operations as usual too, working in full view of the public.

The aim was to create a more active role between the viewer and art relationship, creating opportunities for transversality, rather than passive and lazy culture of how we have been conditioned to view art today. 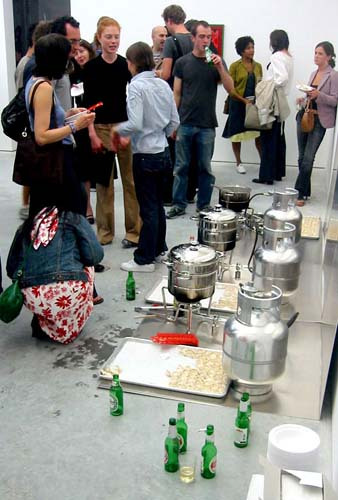 This piece of work first attracted my attention when I came across a picture of the artwork’s demonstration (above). I immediately thought it was a peculiar scene, as it made me feel uncomfortable yet it gave me a sense of sarcastic commentary of the social culture of today.

I was interested in Tiravanija’s inquiry into how people behave and become hindered in trivial actions that they have never thought twice about (ie: getting food from a properly set-up buffet table) once they are taken out of a conventional context (table is removed, trays placed on ground).

It sparked questions in my mind as to how far this project could go and be adapted into. What happens to our actions, behaviour and awareness once subjects of convenience or items we have taken for granted are out of reach and context?