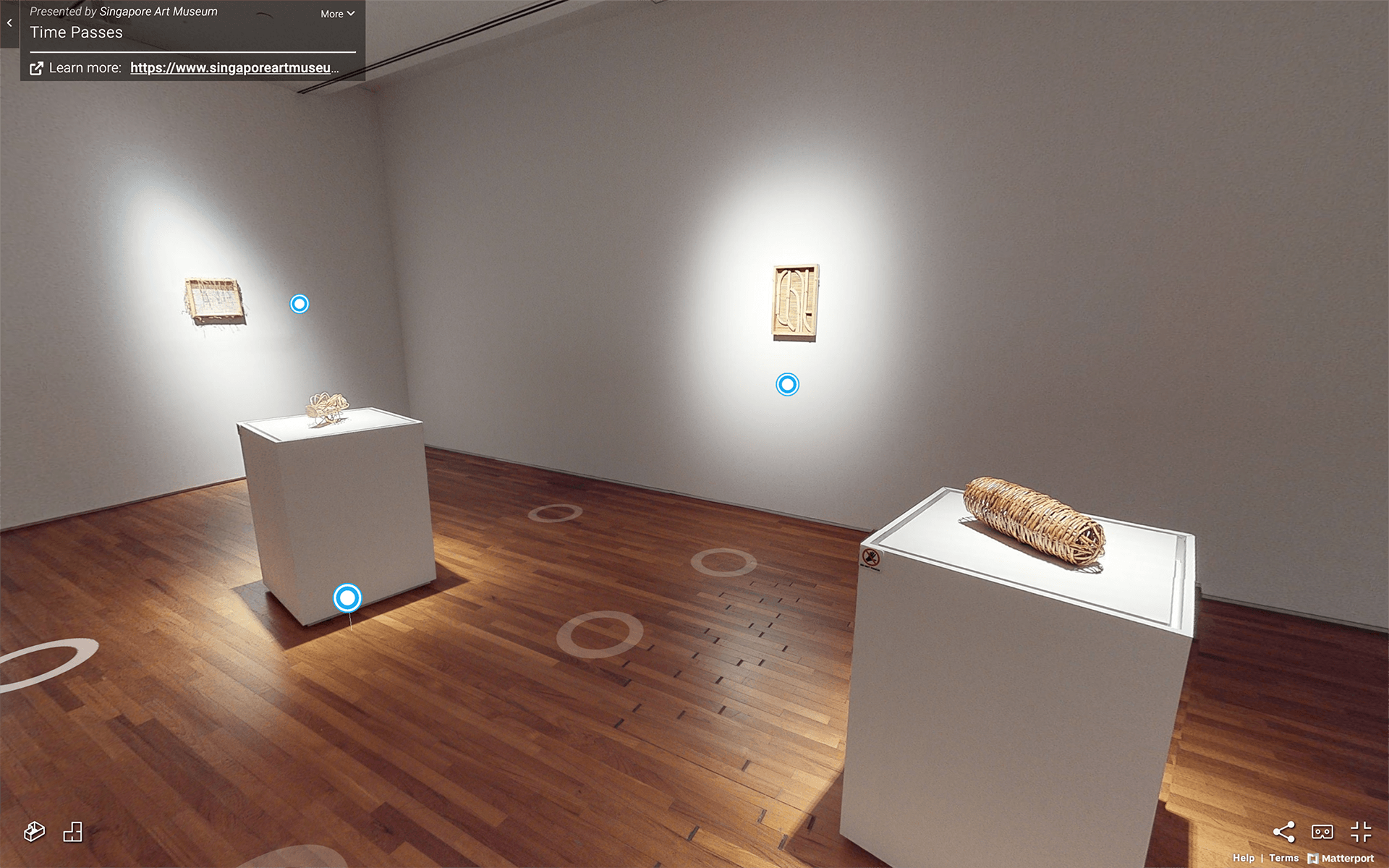 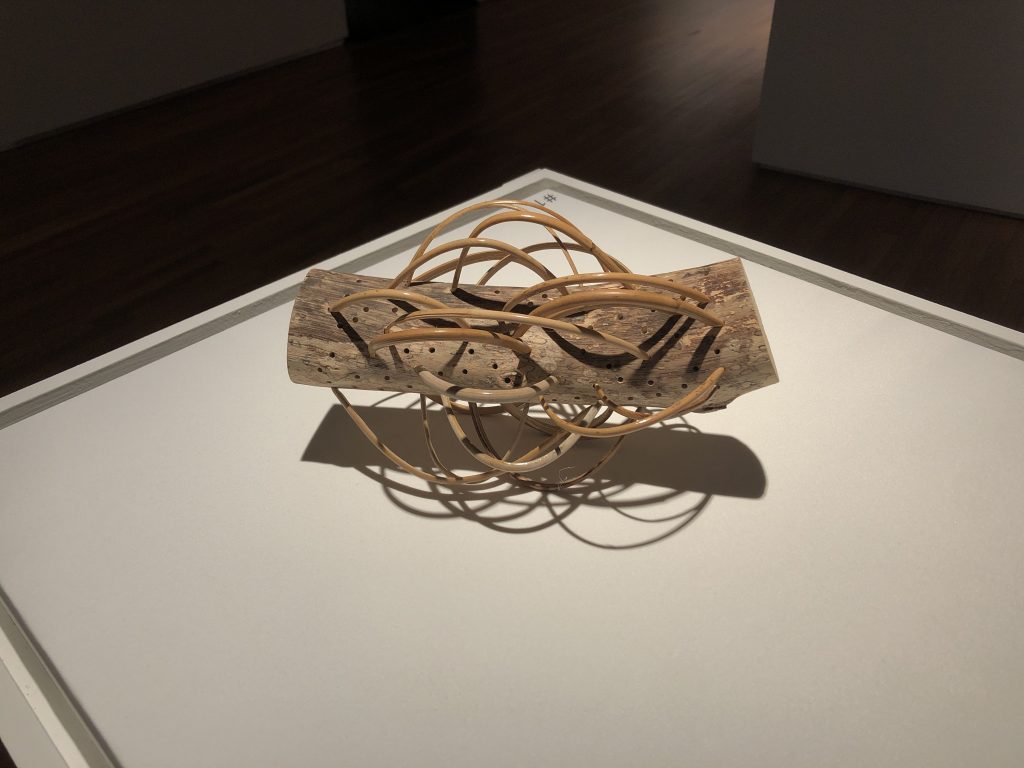 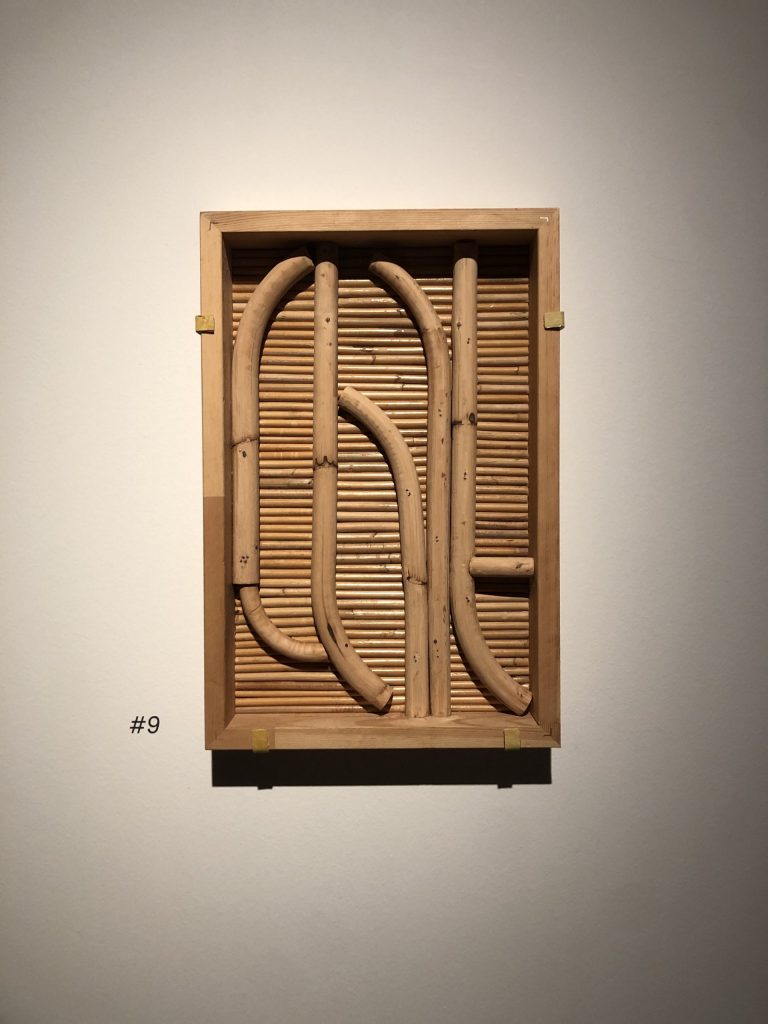 Amongst all the artworks presented in both exhibitions, I felt the most connected and intrigued by Brang Tun’s Frame(works) series.

This was admittedly partly and largely due to the fact that it was one of the few artworks that I could immediately understand and interpret without reading the artist’s write-up. To me, as someone that’s practical and has a penchant for relating pragmatism and sense with theoretical concepts, that was an important factor in facilitating my personal appreciation of white cube art.

Frame(works) is as simple as it gets in its execution and concept direction, but also straightforward in its artist intentions. I truly can relate to and appreciate Brang Tun’s clear, direct, and non-gimmicky approach, instead of making the viewer speculate, or feel stupid for “not getting it”.

How did I “understand” Victor Paul Brang Tun’s Frame(works)? The artist’s main medium was rattan, the familiar material of choice for the furniture of grandparents everywhere, and the favourite material of canes parents love to wave around problematic children. Rattan brings about a sense of relatability to home, childhood, nostalgia, intimacy, especially in Singapore and possible Asian context. Even in its deconstructed form, rattan’s unmistakable characteristics are clearly showcased and recognised. Even though Frame(works) presents pieces of newfangled and foreign forms, the use of rattan brings about an immediate sense of familiarity to how we’re supposed to feel about the work. 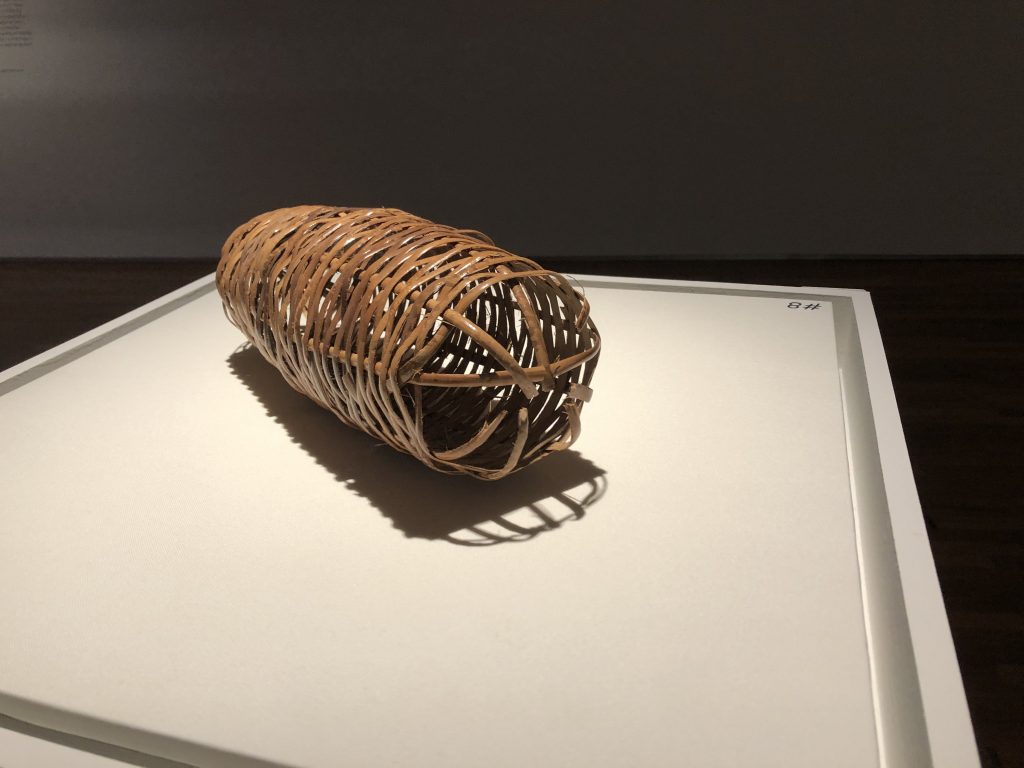 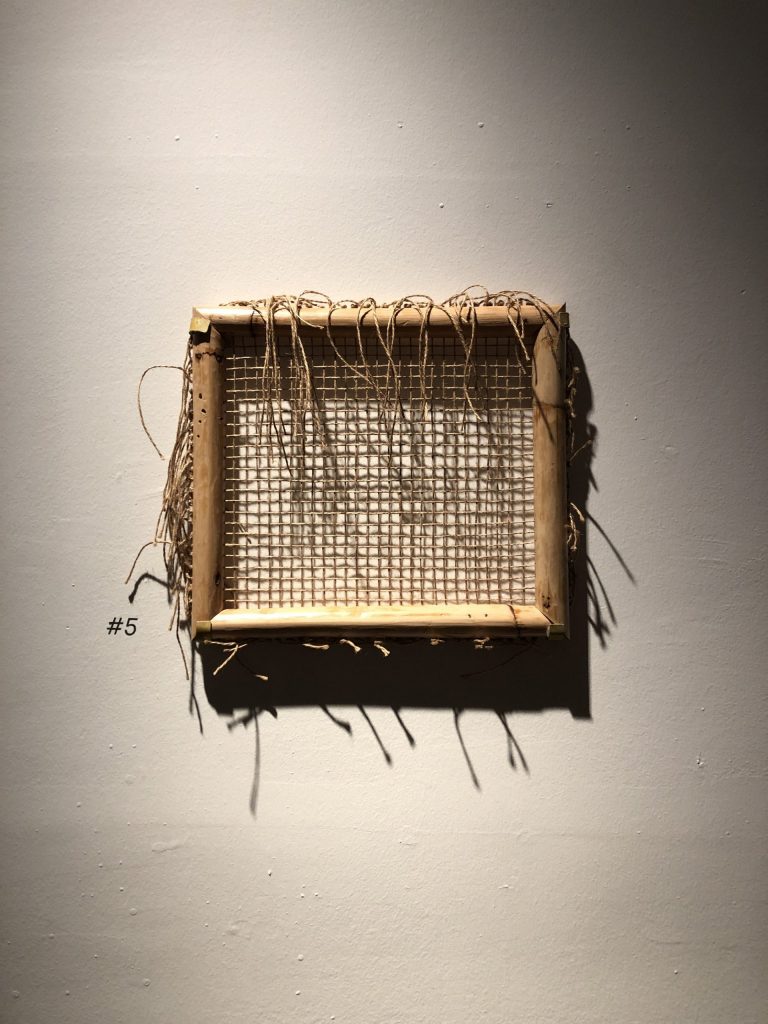 To me, on top of the artist’s intentions, I felt rattan material was the vessel of communication itself rather than just a mode. The meaning of the works, the artist’s intention, the evoked emotions, the impressions, were all ignited and facilitated by the weaves, layering, and connections of rattan.

Victor Paul Brang Tun is a Myanmar-born Singapore-based artist. He is an alumni of La Salle College of the Arts. His works brings into the spotlight the “realities” of the world. He puts his self into context and experiences of life and the world at large and that knowledge and learning gained becomes the inspiration for his artworks to replicate and emulate those intangible expressions. His works distinctively draw upon inspiration from identity, systems, and realities.

I felt with his artistic niche and unique approach to creating art, Brang Tun’s works truly reflect his character and artistic visions clearly. His ability to draw from personal experiences of life, societal systems, and everyday realities and manifesting them into visual, tangible forms allows viewers of his work to feel what he feels, to understand and relate to where he’s coming from, not as an exclusive artist, but humbly as a fellow human being.

Some food for thought that I found interesting and kept me thinking even as I write this hours after ending the tour were conversational points brought up by curators Samantha and Syaheedah.

I was particularly interested to think deeper into Syaheedah’s presentation of the possibility of eradicating or escalating racism in a digital world. “Are algorithms racist?” was a question that stayed in my mind, and I’m prempting I’ll be having my own conversations about it in the near future.

Samantha mentioned her aversion towards curating and branding works with “Support Local” or “Made in Singapore” due to it being a double-edge sword of signalling that the virtue and value of local/Singaporean art is all only attributed to where the artist was born/where the art was made. As a Singaporean creative myself, I’ve always been an avid supporter of “Support Local” and I’m sure many of us are, until I heard her mention and explain her view point, and it really got me thinking, even carrying through this conversation over dinner with my fellow creative colleagues whom are not part of the class.

Lastly, as I was reviewing and thinking back to my museum encounter with Brang Tun’s Frame(works) and the curators’ reponses to the curating process and its limitations, I wonder if Frame(works) would have worked better in a different space setting, and if the space could have done more to help facilitate the concept stronger, rather than being placed on pristine, white pedestals behind taped lines at calculated angles.

One thought on “Project Dev. and Planning | Assignment 03”