My IOT device of the week is the Ramifire Smart extinguisher and the Heart, the 5G navigation mask. I chose two because they are both simple devices that can  both be used in case of a fire, however, they use IOT in different ways.

The Ramifire is a smart home fire extinguisher. It features a sleek but ergonomic design meant for intuitive use. Ramifire uses IOT by pairing wirelessly to smart phones for a few functions.  Firstly, each extinguisher comes with their own QR code that can be scanned with the accompanying phone app to track data of the particular extinguisher. Data like pressure and guarantee period/ expiry date is available via the app. Ramifire also comes with an in-built fire detector. When it detects fire, or when the extinguisher is expired,  alarms will be automatically sent to the house-owners phone for notification via wifi. 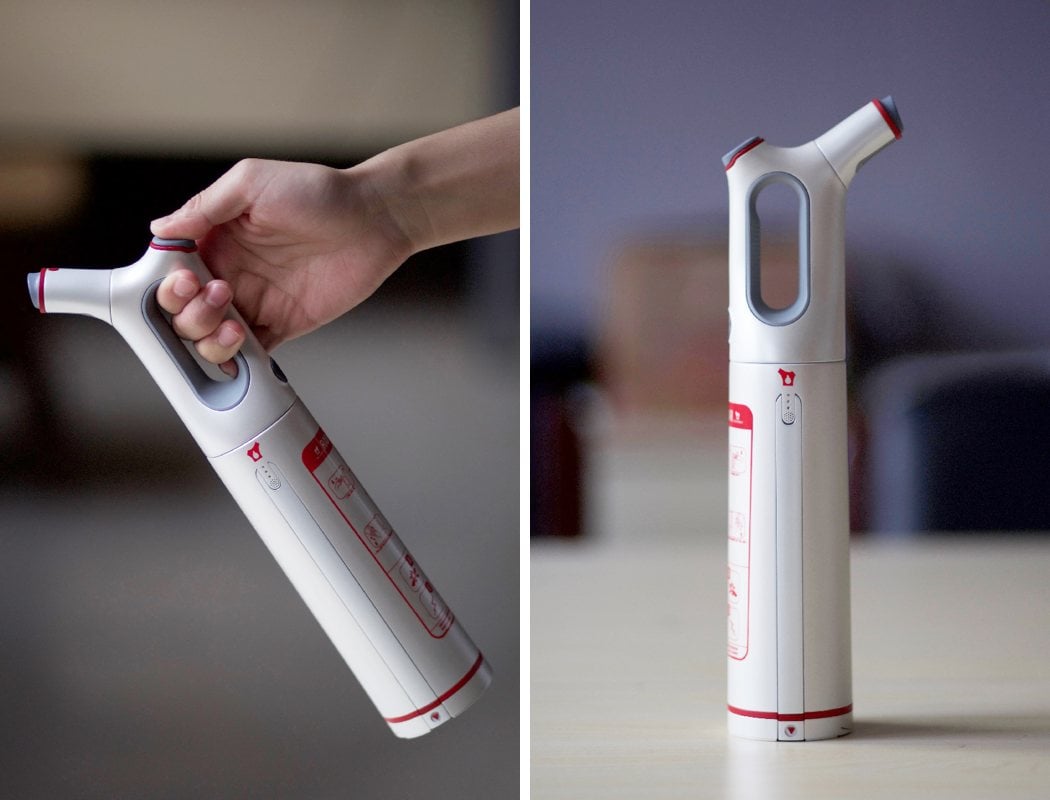 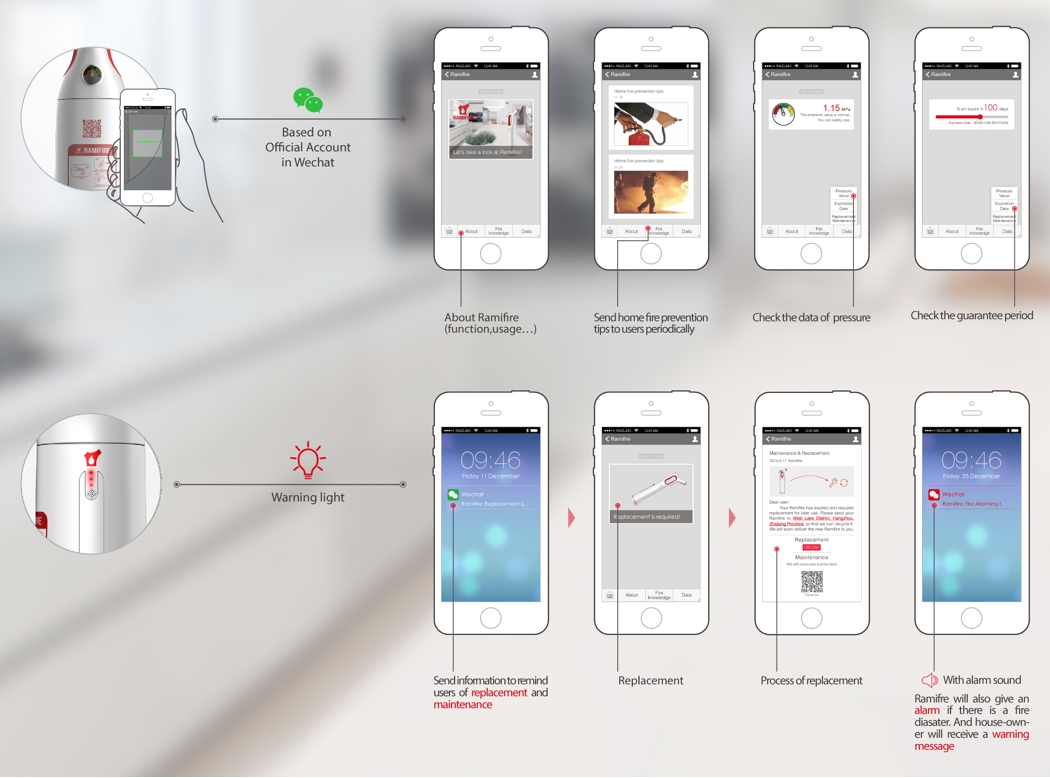 Images from: The Intelligent Extinguisher

The second IOT device is Heart, a 5G navigation fire mask. Unlike Ramifire that uses wifi to alert home owners in times of fire, Heart uses 5G network to guide users to safety. Upon pulling a mask out of its housing, it will automatically connect to the internet and obtain building data about the location of the fire. When the mask is worn to your face, the other end will function as a projector, emitting a flashing light that not only lights up the ground ahead of you, but also projects the direction and distance you should walk towards. The smart mask will direct you to the nearest exit. 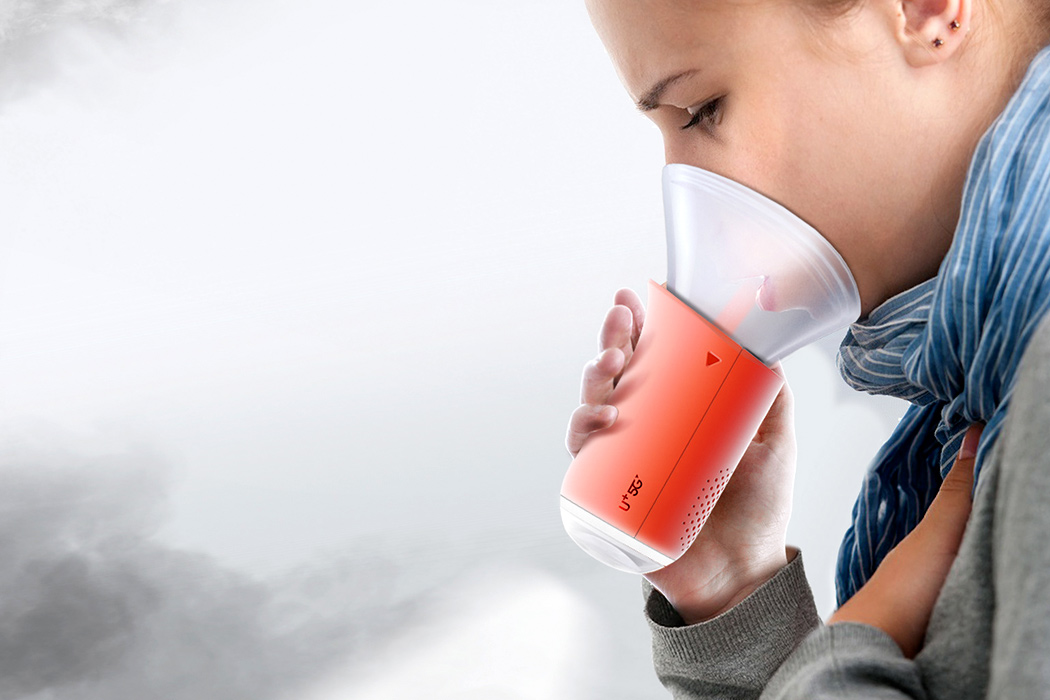 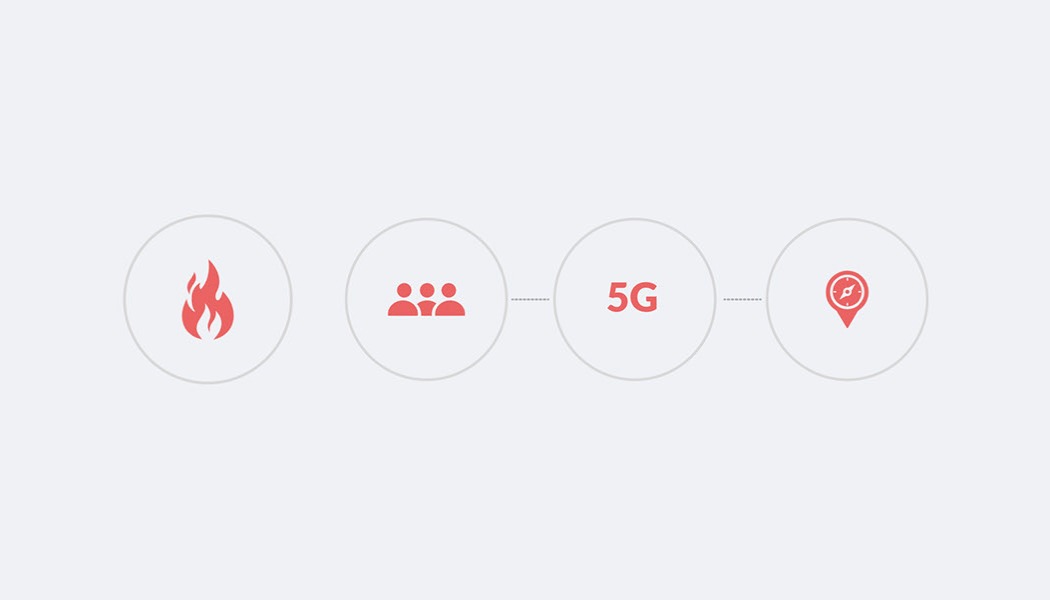 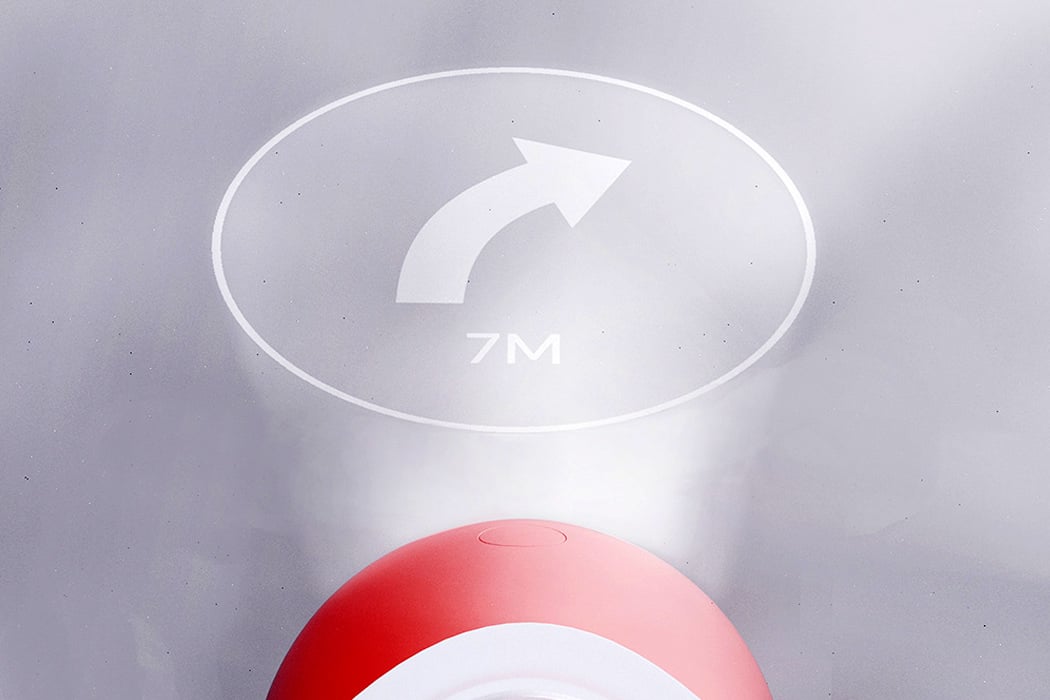 Images from:  Futuristic mask uses 5G to guide you to nearest exit!

The pros of the Ramifire are that it is a straight forward device that makes use of simple IOT. The system is easy for home owners to connect to. It also helps users track factors like expiry dates which are important for fire extinguishes but often neglected. The design of the device itself is sleek and ergonomic, unlike traditional fire extinguishes which are bulky and

I find that for the 5G mask, it is smart to tap onto the 5G network so that the mask can function as a GPS to help give directions during times when people would be the most disoriented. Additionally, I think that it is very effective to combine a mask and torchlight as well as a GPS into a single device. By blending so many functions into one, this shows that the designers have a clear understanding of their target audience and context of use, and what is needed during that time.

As for cons, I feel that the Ramifire does have some setbacks. Because the fire detection sensor is inbuilt into the Ramifire, if the fire does not start in the same room as it, then it would take some time before the device detects the fire and notifies the user. It might be too late then. I think that the Ramifire could develop on its IOT system, perhaps like pairing the fire extinguisher up with a ceiling smoke detection system or sprinkler system.

For the 5G mask, it shares a similar problem with the Ramifire. Both devices are hooked onto the buildings/house network to get information on the internet. But what if the buildings physical network system gets compromised, then the internet would be down. I’m not very sure how network connections function but maybe a harder but more reliable solution would be to connect to the internet outside of the buildings? Like perhaps a satellite connection?