My healthcare device of the week is the Portal Telemedicine Headset. The device is a headset that functions as a medical diagnostic tool. With the help of this device, patients are able to have online conferences with doctors, eliminating the need to go to the hospital or medical clinic.

The doctor simply uses an ordinary digital device (laptop, phone, etc) to communicate with the patient, while the patient wears the headset and has a separate display screen for video communication. The headset has a movable camera that allows doctors individually check each of the patients eyes with clarity. It also has a detachable digital stethoscope that will automatically broadcast readings to the doctors screen when used. Like a normal headset, the Portal Telemedicine Headset also comes with inbuilt speakers and a microphone for ease of communication.  The headset is also designed with many user friendly considerations. For example, the ear muffs at the side are adjustable so that people with smaller heads, such as children are able to use the same device. The earbuds are also interchangeable for health and hygiene reasons. The adjustability of this device means that one device can be used and shared among the whole household, instead of everyone needing their own personal one. 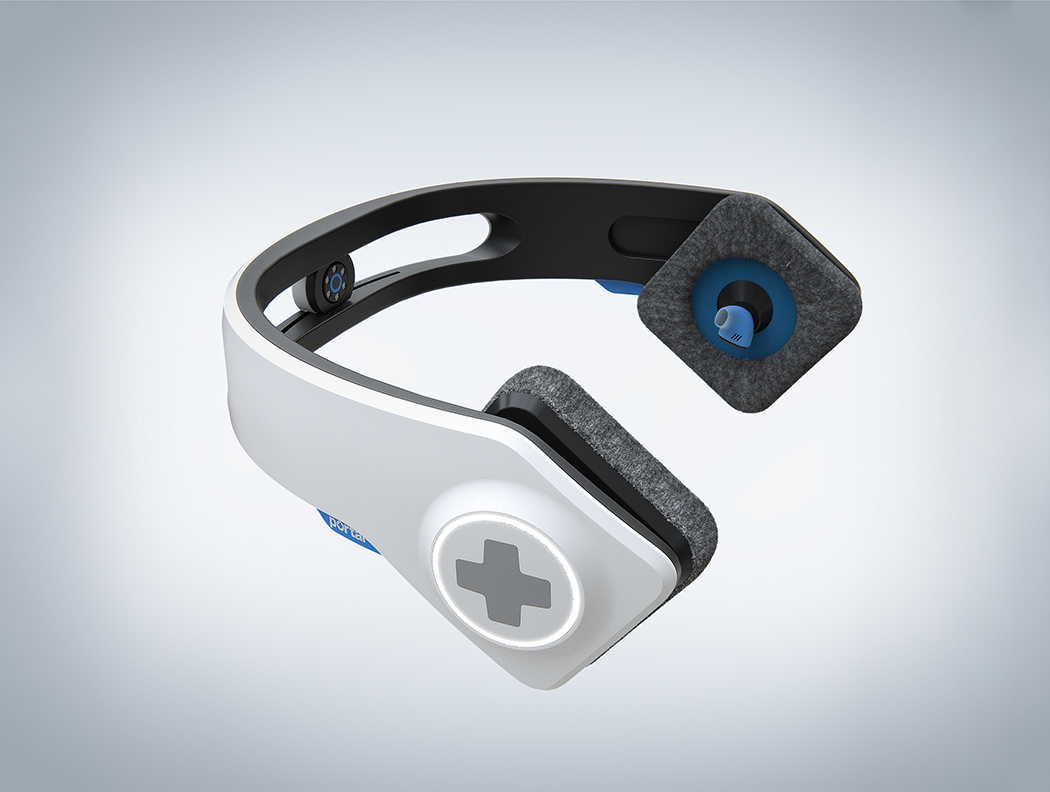 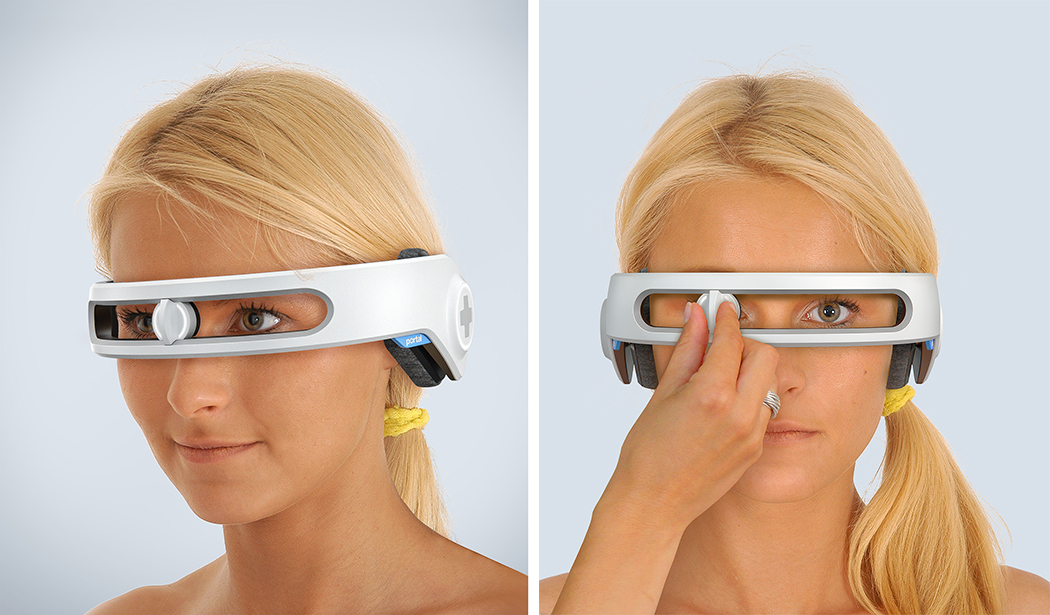 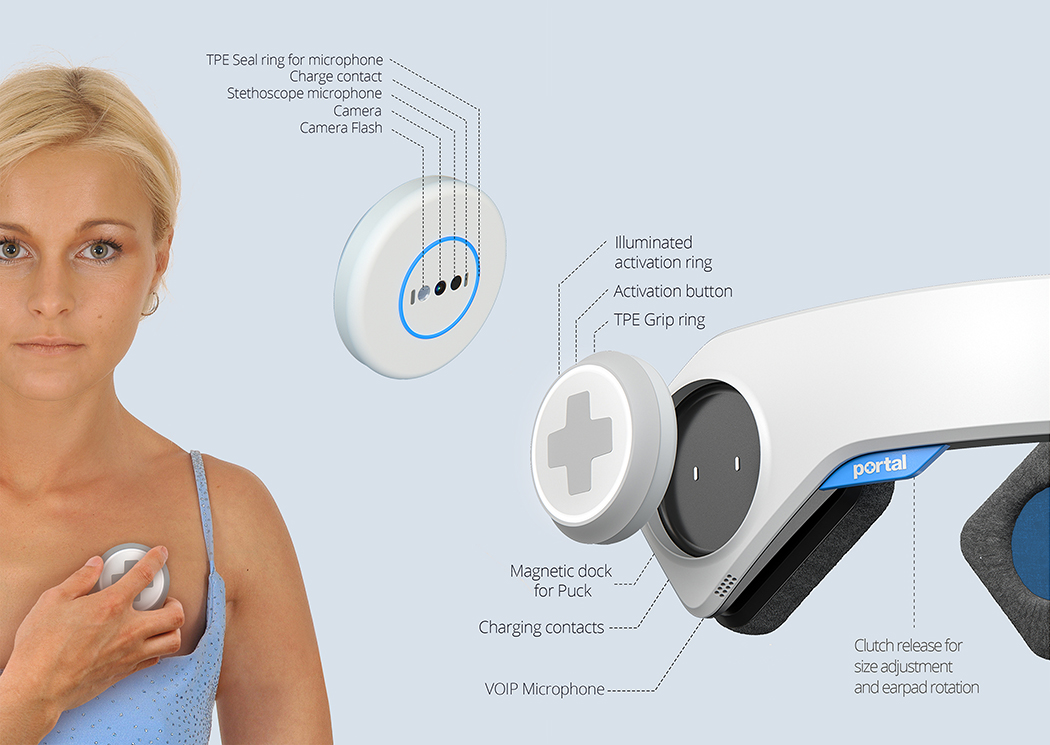 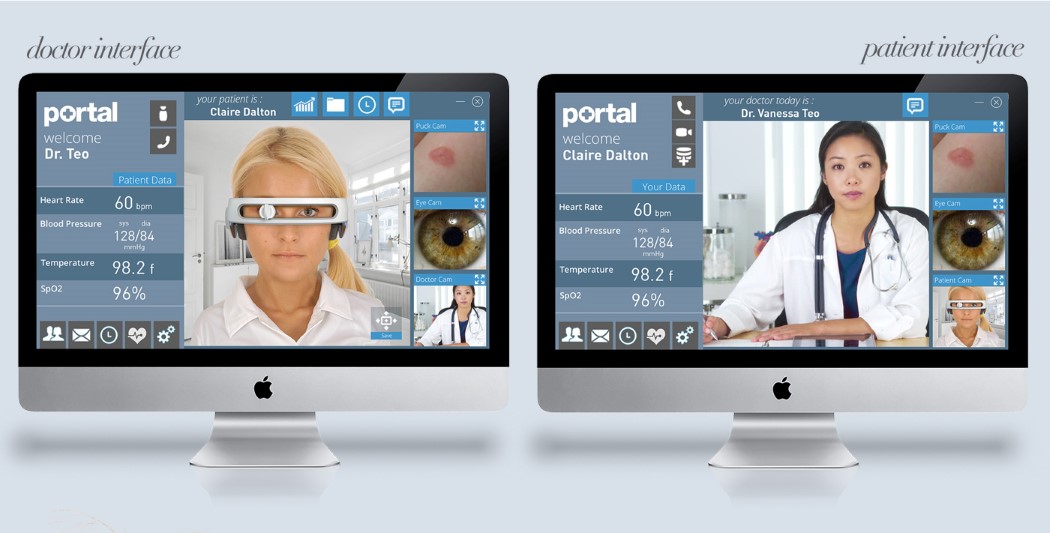 I think the main pros of this device is its remote function that can be utilized in various scenarios. The headset is suitable for people who live in remote locations, but in need of (basic) healthcare or occasional checkups. The headset is also suitable for people who prefer the privacy and comfort of their own homes, as they are able to consult a doctor without stepping out of the house. It could really be used to help people who suffer from mental illnesses like social anxiety.  I also think that this headset would be really useful for when people feel like they are on the verge of getting sick, or are already slightly sick, but either not sick enough to warrant a doctors visit and/or are too busy to do so. The convenience of a teleconference medical visit could save a lot of time.

Another pros of this device is its adjustability. I find it really smart that this device was designed so that it would fit people of different head sizes and ages/sex. It makes the device more universal, and more buyable. Additionally, I think that the changeable earpiece covers are a nice touch, something to add on to the share-ability of this device whilst maintaining hygiene.

Besides being used in a family household context, I think that this device has the potential to be used by hospitals or clinics as well for quick and simple diagnostics. It can also be used by governments, especially during times of disaster. For example, say a natural disaster like an earthquake or tsunami appeared, and a large number of people are injured. Having a device like this would be able to greatly help rescue efforts, especially when (human) resources are limited. These headsets can be used on the field, so that other countries can “send” their doctors to help the country in need, without having to physically fly their doctors over to the disaster area. With an increase in medical help and diagnostics, it would be much easier to further treat the patients once the aid/treatment they need is identified faster.

However, this device also has a few cons. Although this device has potential in the medical industry, I think that it still has some places to improve on. Firstly, the healthcare functions of this device might be a bit too basic right now.  It is a good step for teleconference diagnostics, but still too simple. If a patient has a more serious or uncommon illness, then this device would not be able to help medically, and the patient would most probably still need to go see a doctor physically. Other functionalities could include blood glucose level, ear camera, sample analysis? The area of diagnosis for the headset is also very centered on the head, and kind of neglects the rest of the body. Perhaps a handheld diagnostic device would work better, or could compliment the headset.

Secondly, would be factors like price, I’m not sure of a device like this would be too costly for some of its target audience (like people living in remote locations). And although this device is a good idea, it is not confirmed whether or not doctors/hospitals/ medical systems will be willing to take this on and integrate it into their healthcare system. And as they are major stakeholders in this device, the success or failure of this device will depend heavily on them.  A teleconference medical diagnosis without a doctor on the other end would render this device useless. Perhaps this device could also incorporate the use of AIs to help with diagnosis, though that’s a whole nother open door itself.