Every form of contact leaves behind a trace. It is the indication of a presence, which can be passive or active. Passive, as in leaving behind an incidental trace, and active, which is to purposefully leave a mark of one’s presence behind. Before we dive headfirst into the reading, we should be asking ourselves what it’s about. When I think of spaces and their architecture, I think of the aesthetics and making structurally sound decisions. That the way the something looked and yet still was a stable structure would determine whether something was an impressive form. One would tend to determine sexuality in a space offhand based on what is present within it – pink walls with knick-knacks would be thought of as a feminine space and perhaps sports memorabilia signifies a masculine space. It is a very surface level interpretation of sexuality of spaces, but it is one a large portion of us would tend to have. 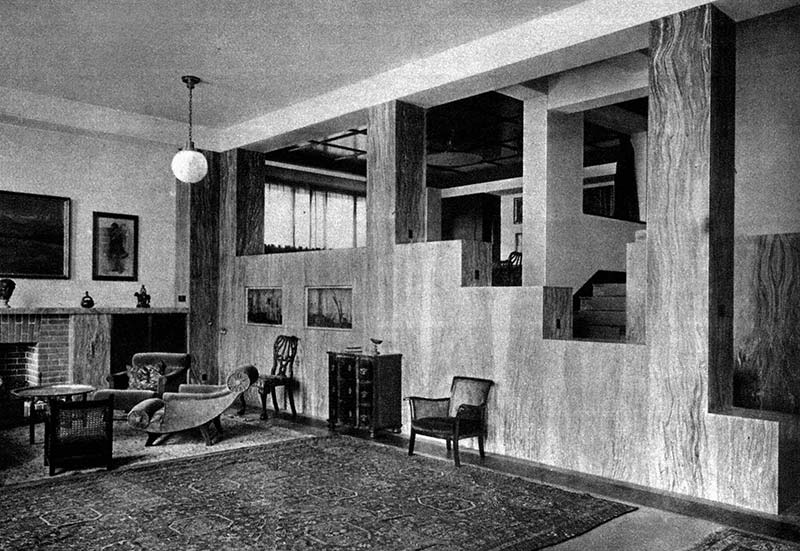 Adolf Loos explains more inherent features of homes based on positioning and other similar factors that contribute into determining the masculinity or femininity of a space. He prefaced how the layout of the house and its contents are heavily intertwined with human nature and our tendencies. Women are seen to be the caretakers of the household, ones who oversee the welfare of its inhabitants and ensure it is maintained. Hence, the women’s space is positioned as such beside a window so that they are able to keep an eye on the goings-on within the household. Loos also seems to construct spaces with the intention of keeping the person confined to it, perhaps to represent a certain form of restriction that women tend to face (with respect to their traditional gender roles) in that they are confined to the spaces that they oversee.

Men, on the other hand, are seen to provide security as their spaces aren’t as confined to the interior but rather also focuses on the exterior spaces. If we observe it overall, it falls within society’s interpretations of the man and woman in a household – that the man is set to protect the home from exterior factors whereas the woman is in charge of running the internal affairs of the house. While these roles aren’t solely restricted to whatever gender they are meant to represent, it shows that such traditional gender roles were a significant consideration when constructing such spaces. With that being said, while the basis of construction may be traditional, their interpolation of human nature into a non-human setting is quite advance and far transcends the intricacy of typical, superficial thought processes that go on when constructing an interior.

Loos’ construction of spaces seems to intentionally restrict the inhabitants’ focus to solely the household. On top of arranging furniture in a way that they will face away from the outside world and keep their attention to the inside, as mentioned in the reading, the house becomes like a “theatre”, with those who live inside becoming like actors within a restricted stage. Their world essentially becomes just the inside of the space. Additionally, the usage of lights in the Josephine Baker house’s swimming pool diverts the attention from the rest of the world and creates a sort of isolation with the mirroring which results in a sort of infinite loop, making it seem as if there is nothing beyond where they exist now. It seems as if Loos’ intention was to create a sort of fishtank kind of world, constricting their view to their immediate surrounding and diverting their focus to the mechanisms within the house. 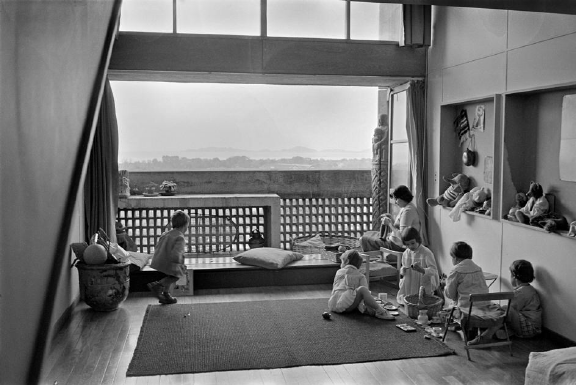 Le Corbusier’s modus operandi, however, seems to be quite different. In fact, it is quite the opposite as rather than restricting the house to just the interior, he also considers external factors when planning a space out and makes it a part of the construction process. Upon viewing the photos of the two spaces (Loos’ and Corbusiers’), we notice a stark difference. Rather than the “theatre box” concept of Loos where all the action takes place “onstage” i.e. within the premises, Corbusier’s version is much more open and marries the outside with the inside, giving the inhabitants a sense of constant interaction with the outside world. Rather than keeping the windows out of the flow, he uses it to create a direct link between the internal and external. It enables those living in the premises to experience the openness that mimics nature, and it does its best to alleviate claustrophobia inducing elements that gives people the feeling of restriction and being inside a box.

Naturally, this would result in a different effect on one’s psychology. The closedness of the space of Loos’ houses increases sensitivity to surroundings and thus this heightens awareness, leaving those inside to be hyper-aware of the goings on within the house, shielded from the outside in a sort of television or “theatre” effect, as the author has mentioned. Whereas, with Corbusier’s, the inside is interconnected with the outside, merging the two together to form one world where nature and humans can coexist.

What was once thought of as a rigid concept has now become more of an open form. Architecture has always appeared to be constructing something a certain way for a practical reason, and aesthetics are only concerned with the outward appearance of the space as a whole. Now we come to realise that it’s more than just putting things together, but it’s bringing elements together to create a human-like atmosphere. We are able to manipulate one’s interaction with a space without altering their path directly, but rather we delve into their psyche and marry their thought process with the physical space to create a setting where we truly interact with our surroundings. It also gets us thinking, what truly gives a space it’s character? Does a spacious room merely allow for better circulation and airflow on top of the convenience of space, or does it represent freedom of movement without restrictions? Some may call it overthinking, but we can also humanise the inanimate space and turn it into something that exists in harmony with its inhabitants.

i’m adithi, film year 2. i like a lot of things, i take photos, make films, actually love maths, watch documentaries, took cm8002 out of genuine interest and not for an easy grade, and enjoy cinematography.