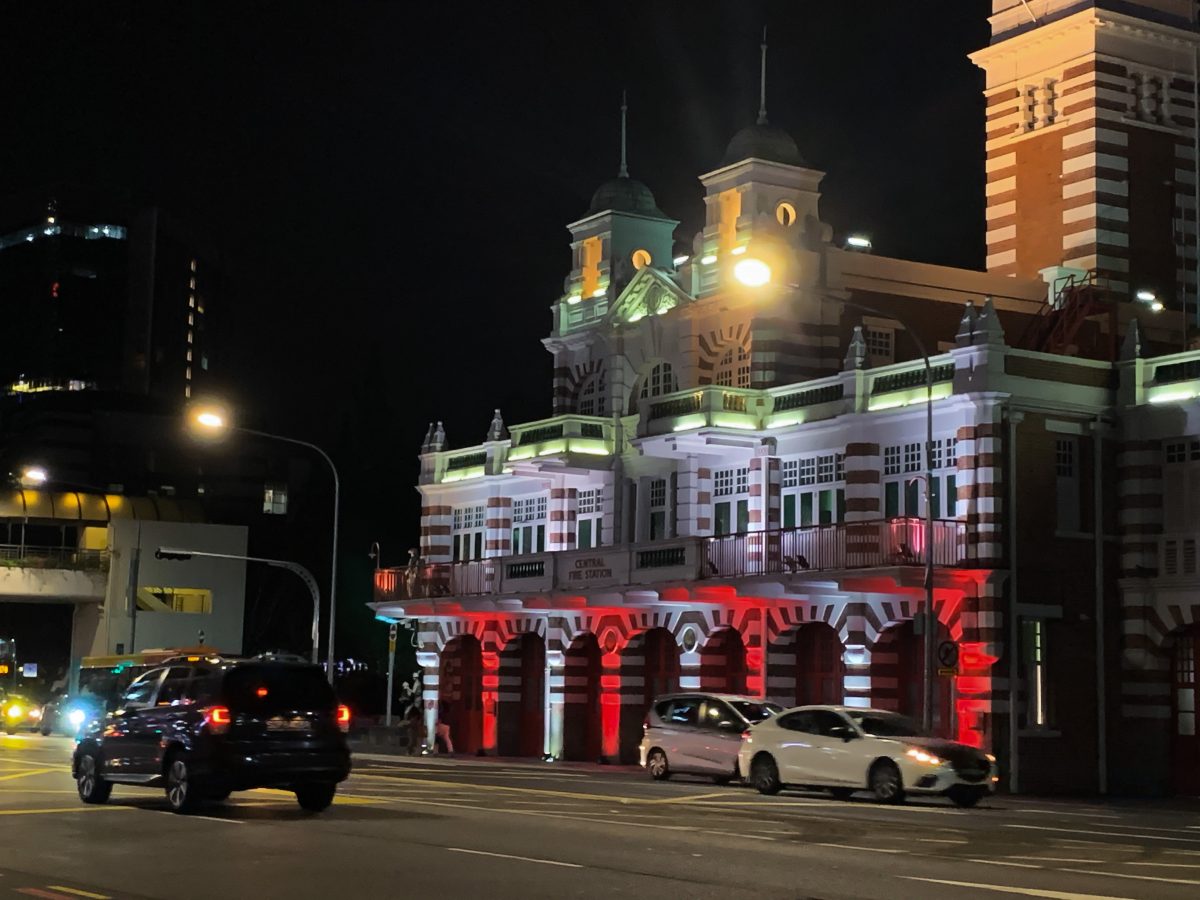 I went over to the Light up Singapore event at the Central fire station and Armenian Church.

I’d have to say the solidarity of each building and its significance to Singapore’s heritage and history. At the same time, the identical colours that each building was lit up in showed harmony and togetherness, emphasising that these historical landmarks, together, made Singapore what it is today.

They would have to plan the choice of architecture to have the lighting, as well as the accessibility of these locations that would attract the masses. The permissions for this colour and the symbolism of these lights in contrast with the symbolism of the building itself were also essential.

I started out by making the base (of radius 1.1m) using cardboard – then realising that the cardboard was too uneven to make a good base. thus i changed to a thinner but more flimsy artboard. I taped the sides together and drew a huge circle and cut it out. Then, I cut out a circle of radius 9.1cm in the middle of the bigger circle (to fit the hat through). I then secured it with masking tape, duct tape and string, with wooden beams and cardboard as support at the underside of the hat. However, it did not turn out the way I wanted it to as it ended up flopping down, instead of being upright. That in itself turned out to be effective too, as the wooden beams at the side of the head still remained somewhat straight It looked similar to a huge summer hat.

Reviews from friends who wore the hat: it was able to give full body protection, and people steared clear of their path.

Below are the pictures and video documentation of the hat prototype. 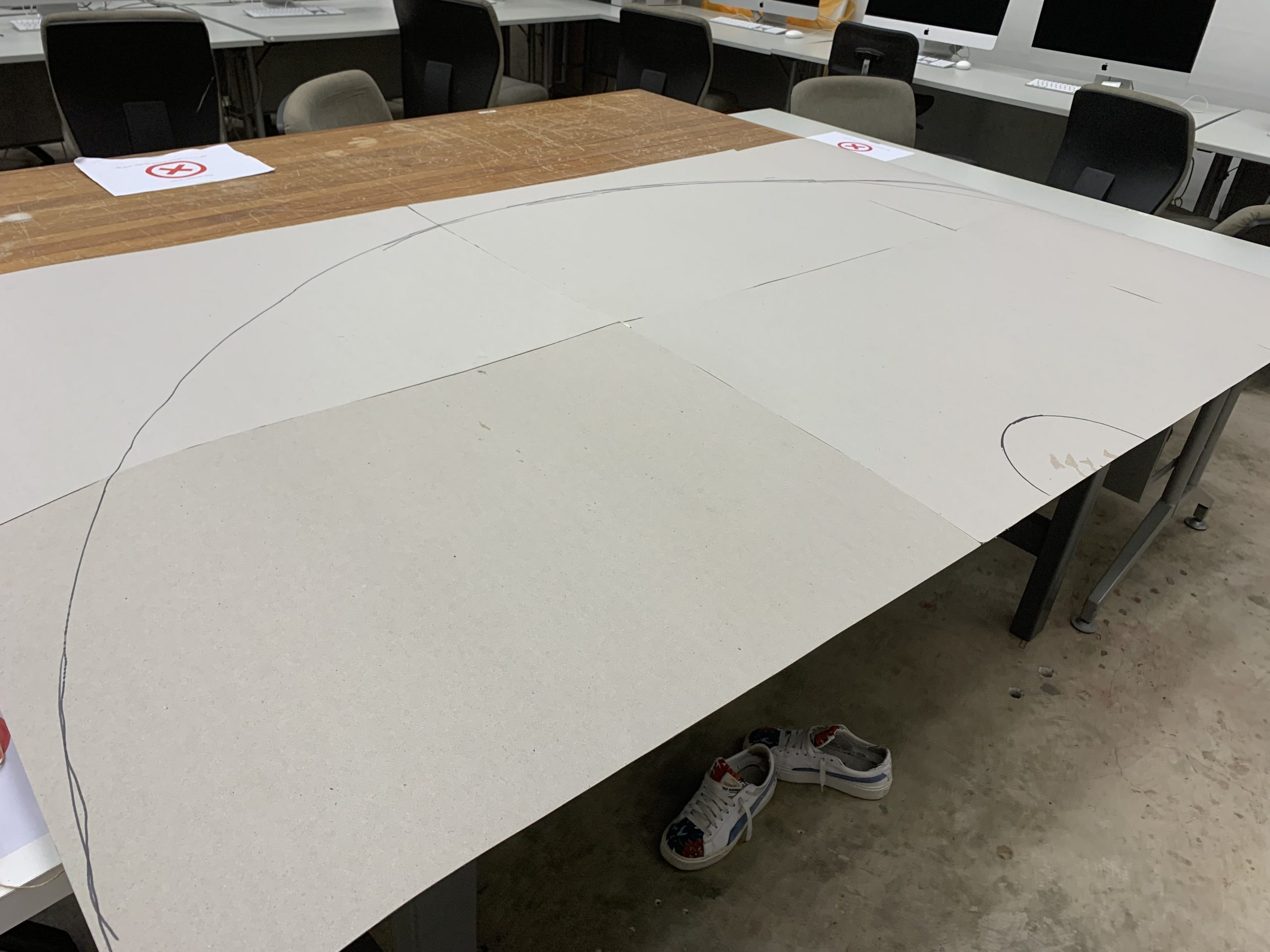 (above: drawn shape of hat on base of thin artboard) 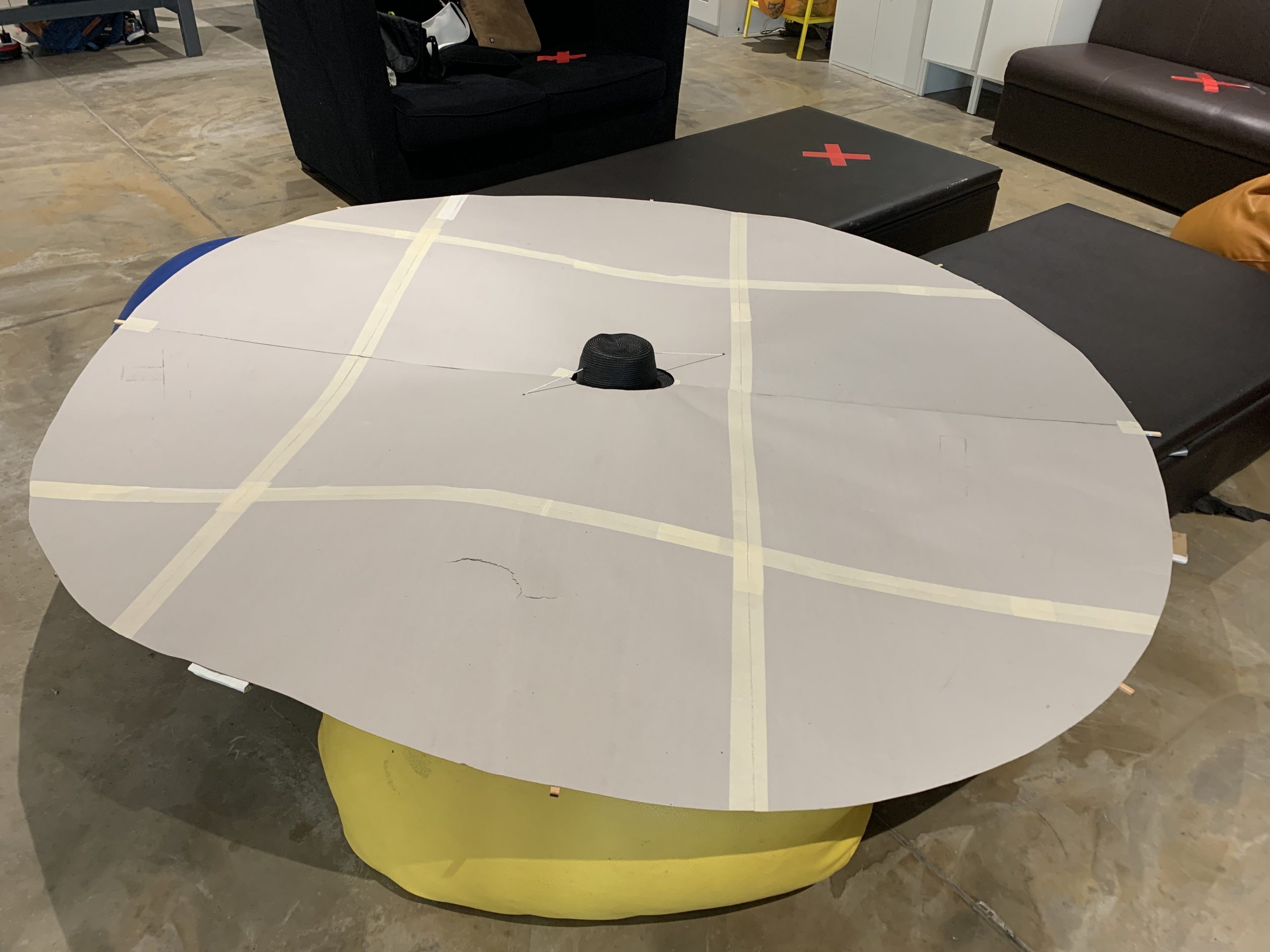 (above: top of hat prototype) 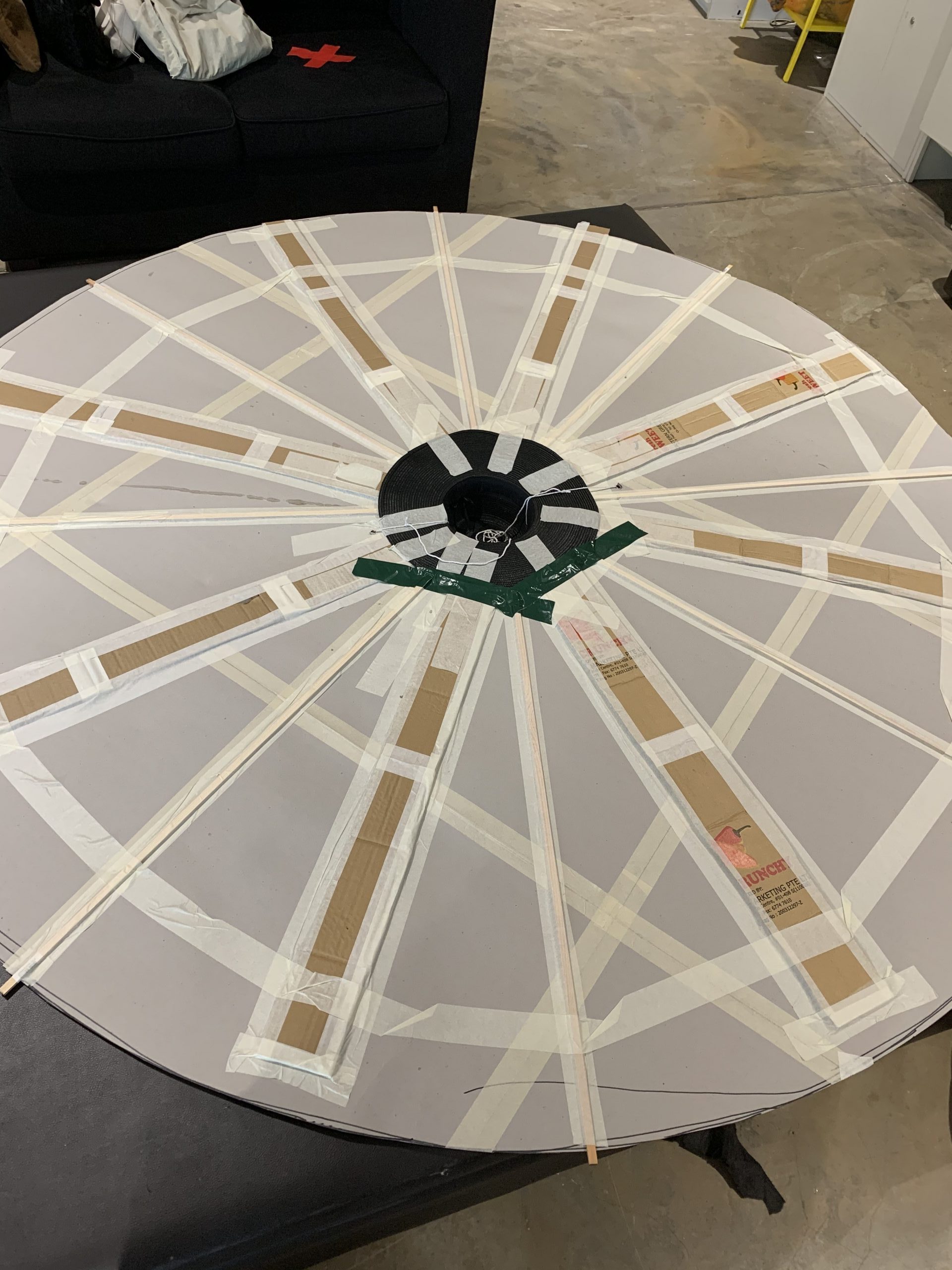 (above: bottom framework of hat prototype) Below are the sketches for the hat structure: 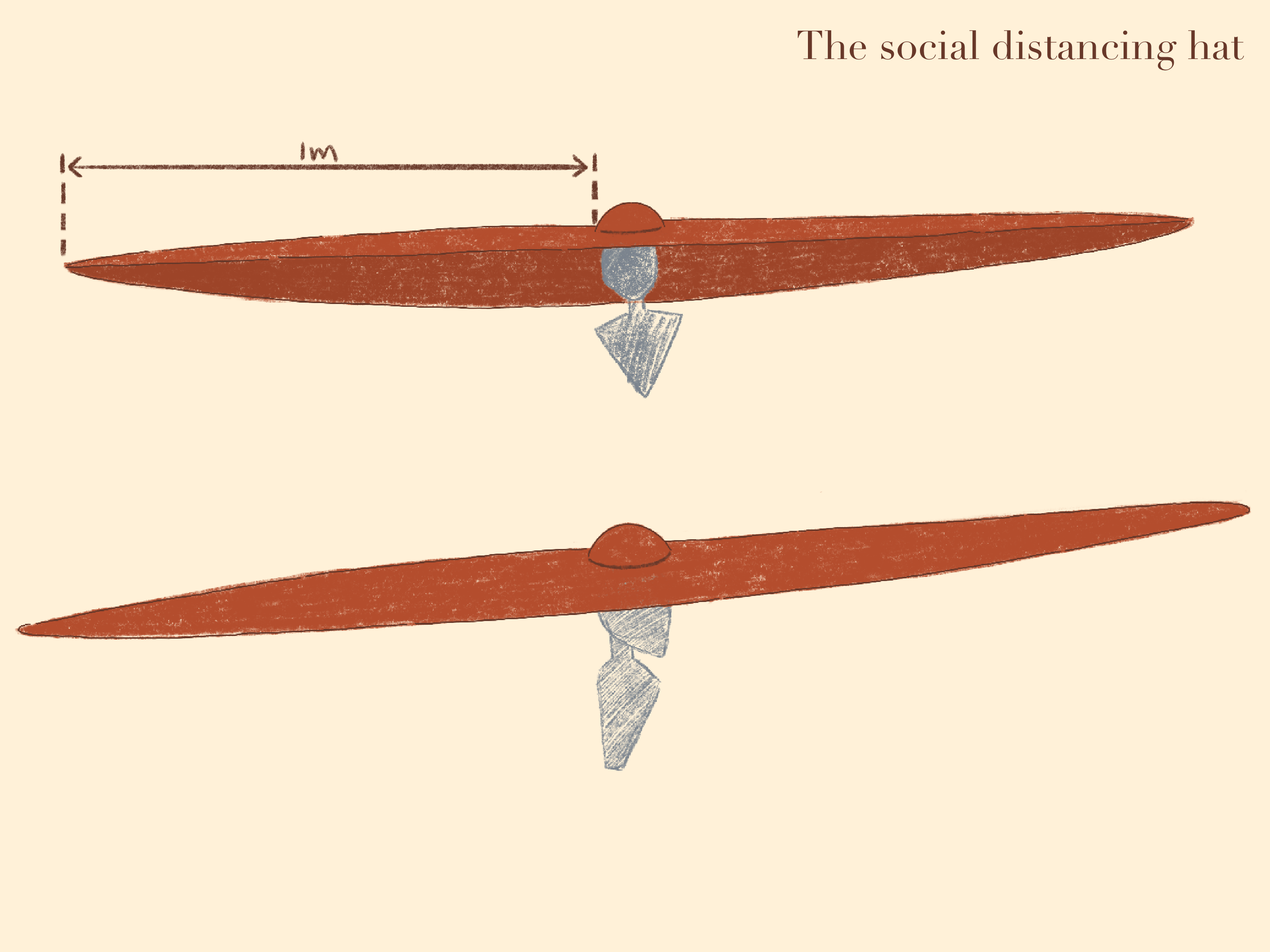 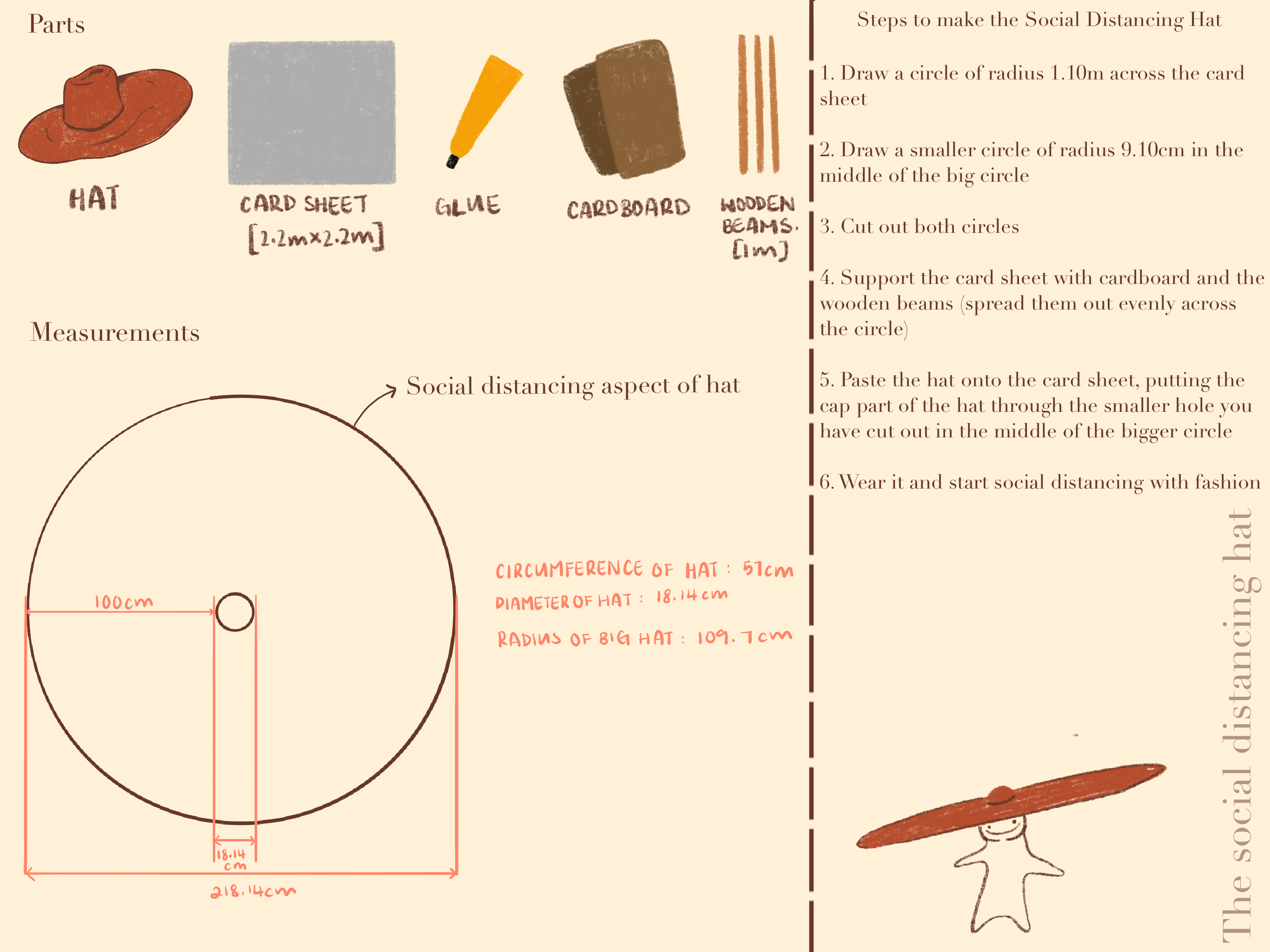 Below are the video performances

The portraits are then screenshotted and sent to the participant performer

Below are some screenshots of the funky portraits: 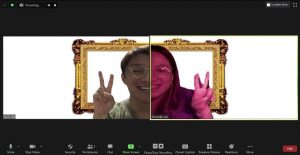 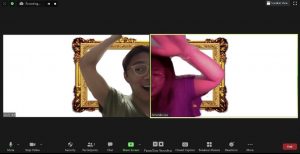 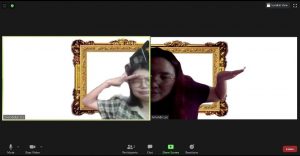 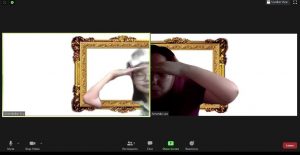 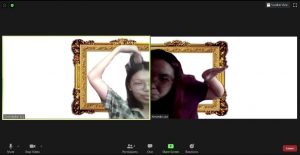 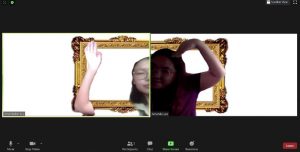 An idea i had for the zoom performance was to create merged portraits with me and my partner by having different combinations of facial expressions and hand gestures. The purpose of this performance is to create funky portraits and for both performers to have fun with their imagination.

Below is the instructions and the list of gestures. 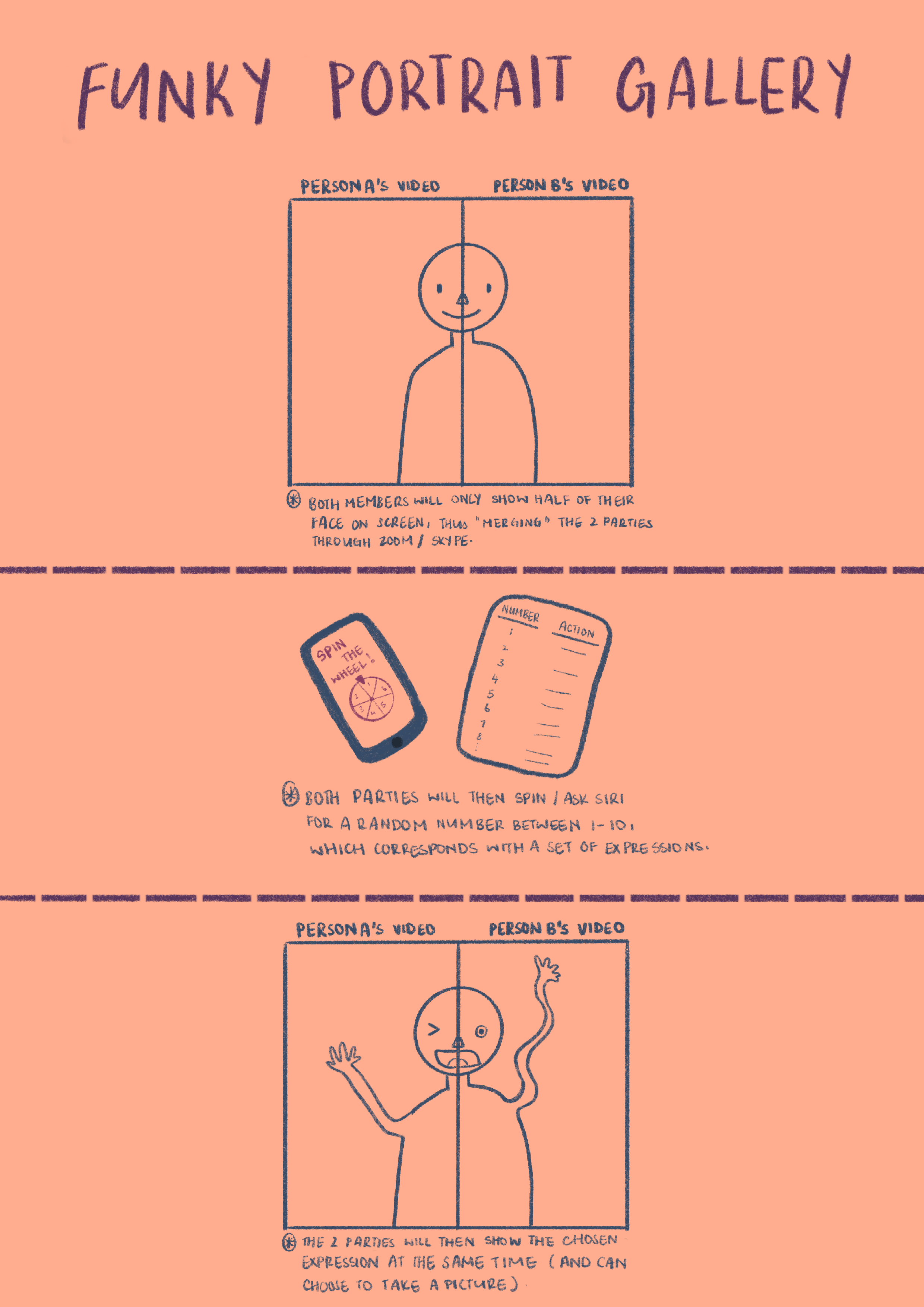 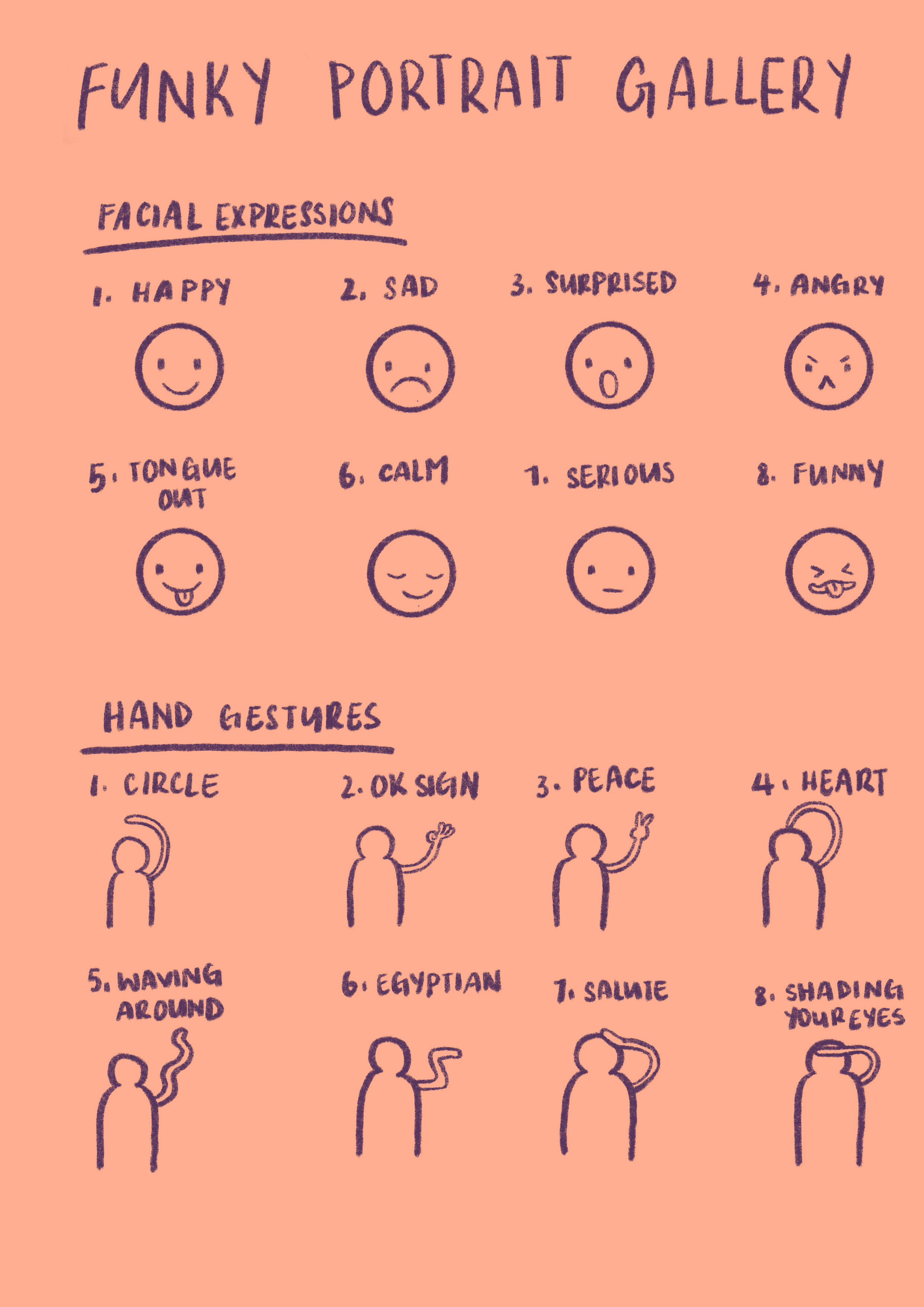 The concept of a home space that is compared to the nest of birds was a very interesting concept that I found myself understanding in this reading. Amongst the many poetic concepts and stories that were mentioned in this chapter, what impacted me the most is the human’s way of perceiving what is ‘home’. A very common perception is of a piece of land, in which stands a piece of architecture, and within it stores the materials that pleases the human inhabiting that architecture. The comparison of the house to a nest reminded me of a magpie, which would steal shiny objects to place in their nest, no matter whether it is mismatched or of different quality, as long as it likes the object, it becomes a belonging in its space. Humans, too, purchase items of different size, quality, colour and material to put in their home, to make it filled with items that they fancy. It doesn’t matter if some items did not match, it still had some meaning to the owner of the house.

I really liked the part of the reading where the author mentioned about bringing himself calm when he gets disruptive neighbours, by comparing them to the woodpeckers in a garden. The disruption of the neighbours do make him annoyed, but it also assures him that there are people around him, that this area is nicely inhabited, similar to a garden with many animals. The better the condition of the garden, the more animals and insects the garden will attract, and by comparing that to a house concept, a well-lived home is always one that has many people around.

Using the house to define one’s ‘personal boundary’ is also a concept i understood through this reading. The part of the reading where the author mentioned that a nest was built with the bird’s whole body, and literally made with the heart. Putting your time, money and soul into giving a space a definition, especially one that is closer to your heart, is something that holds high importance in the human heart. That is why we always associate home with a sense of belonging, and the best place to relax and be yourself.

Of course, the perception of a ‘homespace’ does not need to be a physical object (aka the actual house), but some people perceive ‘home’ as the occupants that live in the space. After all, an empty nest without birds is just a collection of branches and leaves to others. This type of ‘home’ transcends the normal structure of what many people think of when the word ‘home’ comes to mind, and instead focuses on the ’emotional space’ between people. The ones that have a stronger relationship may consider their interactions with friends as ‘home’ – that is a sense of belonging.

By putting the concept of a bird nest as an analogy to a human’s house, the definition of a home is now opened up to so much debate, and associations with the deeper perception of space – the ’emotional space’, ‘personal space’ and the relationships between people that affect a home environment – that can be further explored.

After reading this particular chapter, I have a deeper understanding on the perceptions of space and how it has evolved from an unknown concept to something that contains multiple meanings and perceptions.

It was interesting to find out the initial perception of personal space through the human body, and his understandings of directions and subsequently the labelled meanings of different directions. It was mentioned in the reading that humans used the perception of their body’s direction of space to define what was front, back, left and right, and this allowed humans to redefine the space of the world, to dedicate the directions of roads, buildings, and even to design recreational spaces such as parks.

Not only did the humans’ perception of space help them define the physical space around them, but it also allowed them to perceive the emotional space between people. And this gave rise to multiple meanings in speech, to define physical space and emotional space differently. In addition, each person’s perception of the meaning is different as well (in the emotional sense). The book used the example of the statement: “we’re good friends”, as the definition can be physically close or emotionally close. Other terms can also be “we’re going out” – it could mean going outside physically or they are dating.