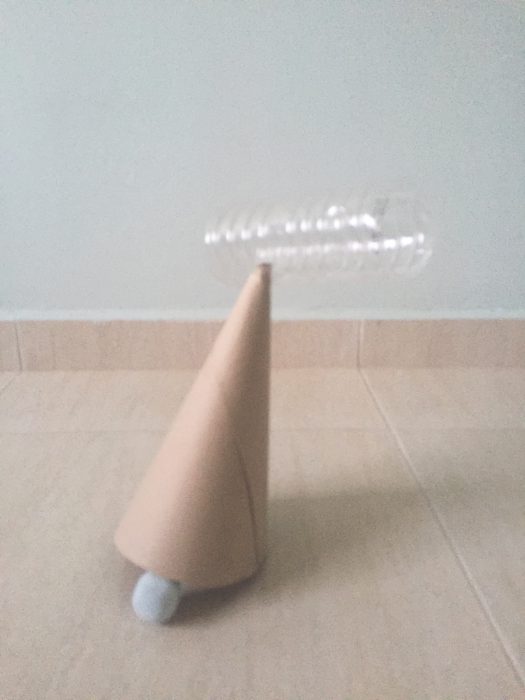 For this next project, we are working with curvilinear forms, namely cones, spheres and cylinders. We are also playing with diagonals this time round, as well as different types of balances- Independent, dependent and precarious.

This is my first attempt on curvilinear compositions using blue foam and ready made materials. 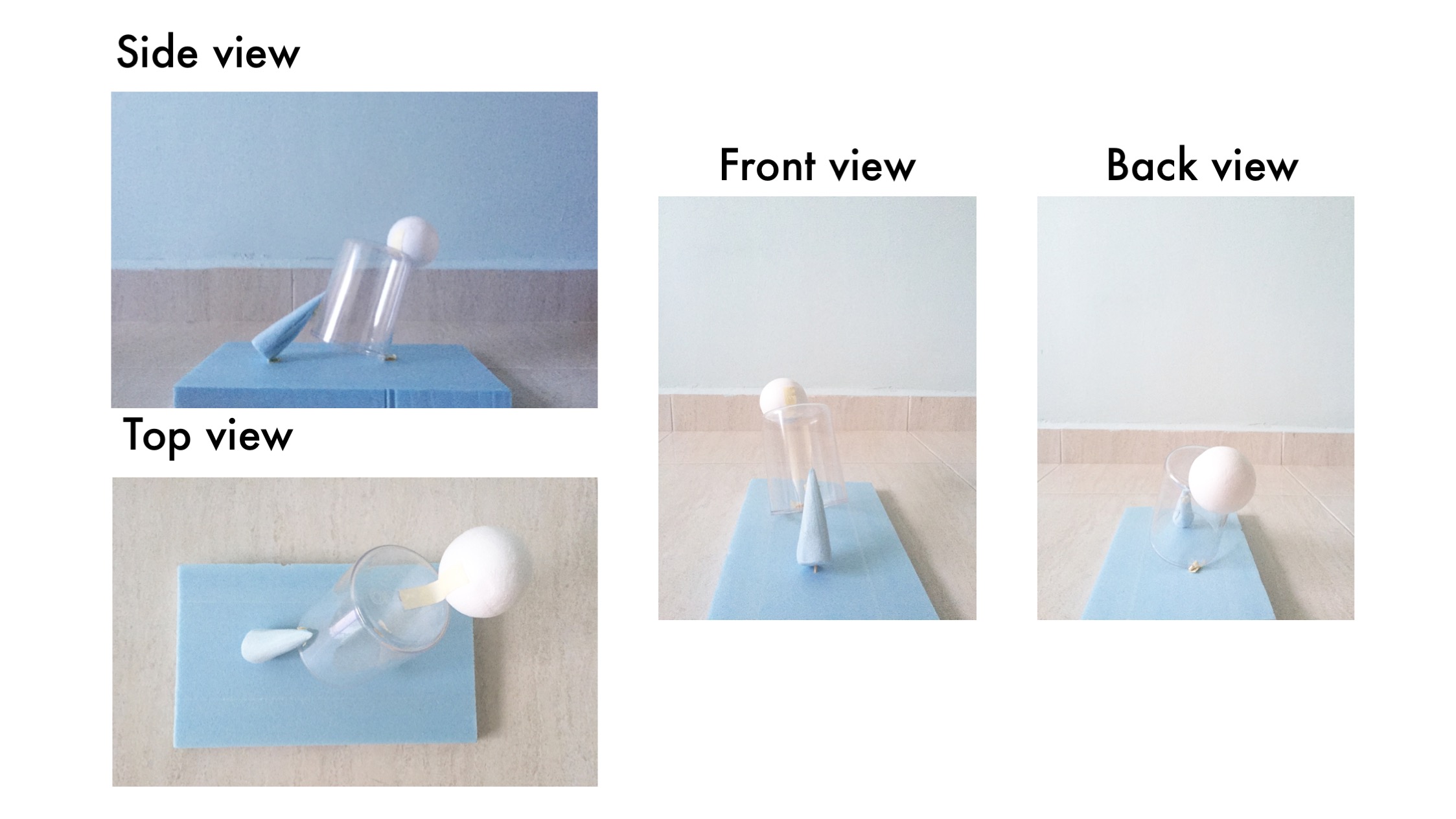 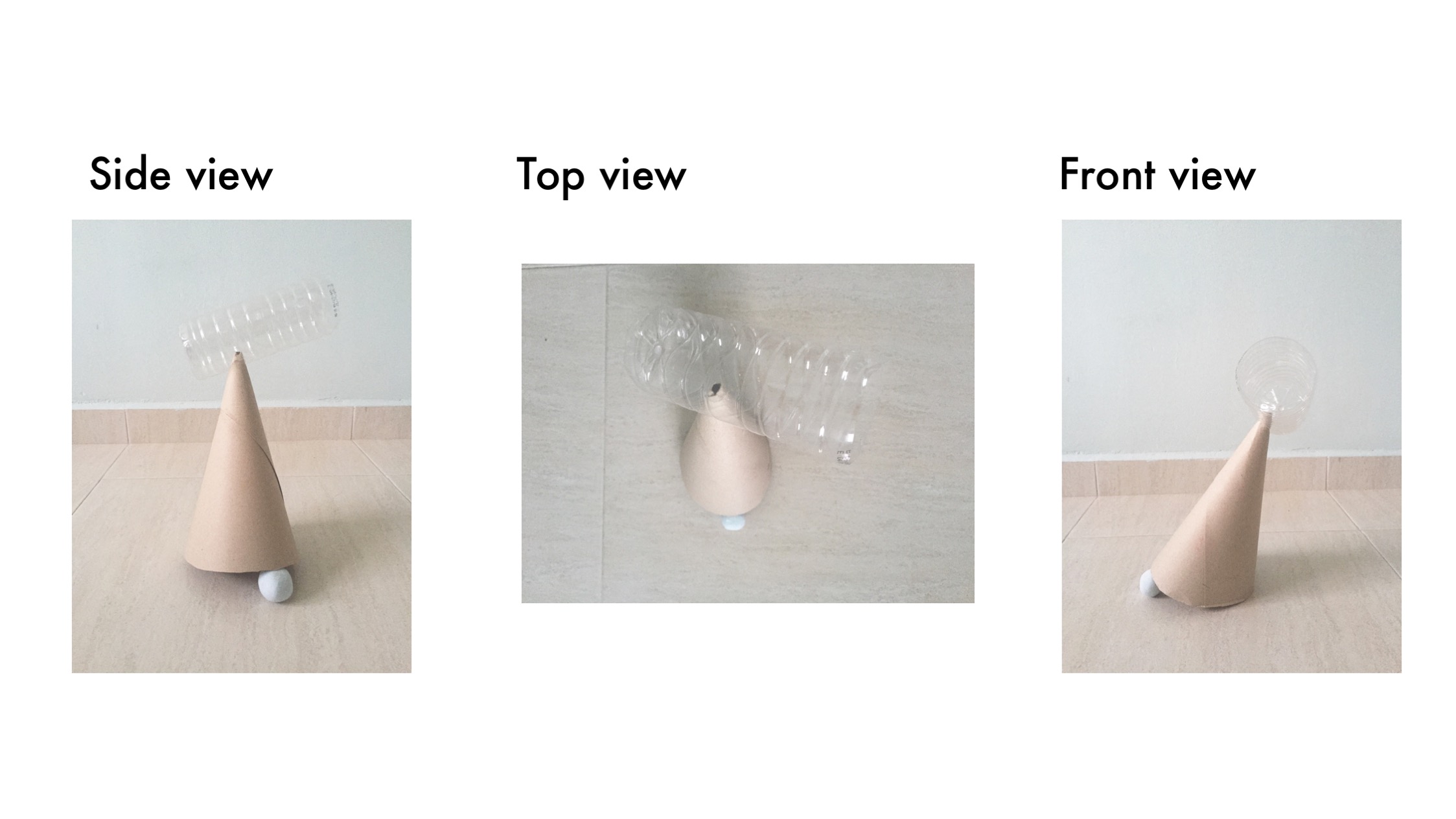 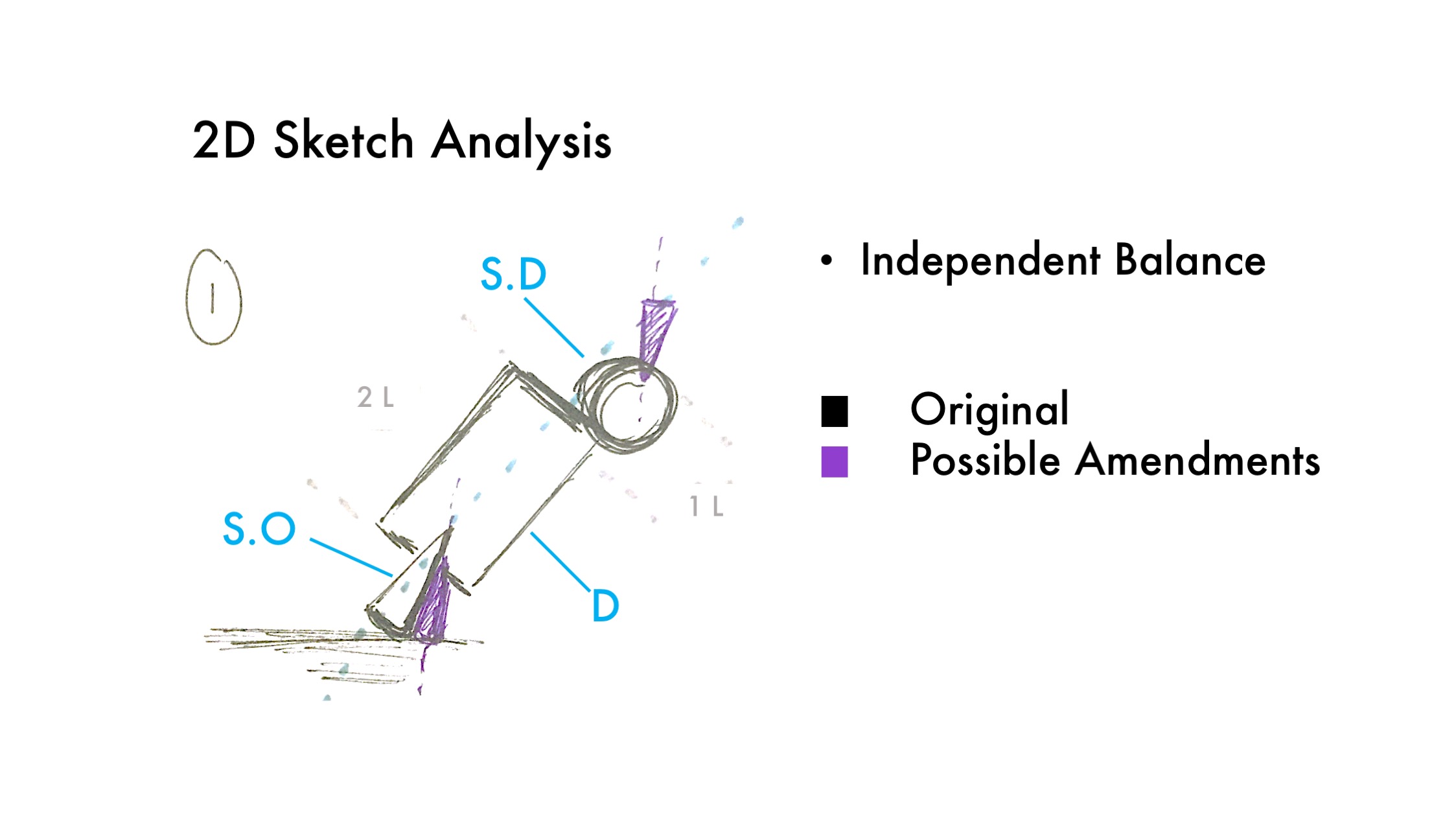 Changes to be made:

Making the cone smaller so there is a clear Sub-dominant and Sub-ordinate.

Going for a more zig-zag composition 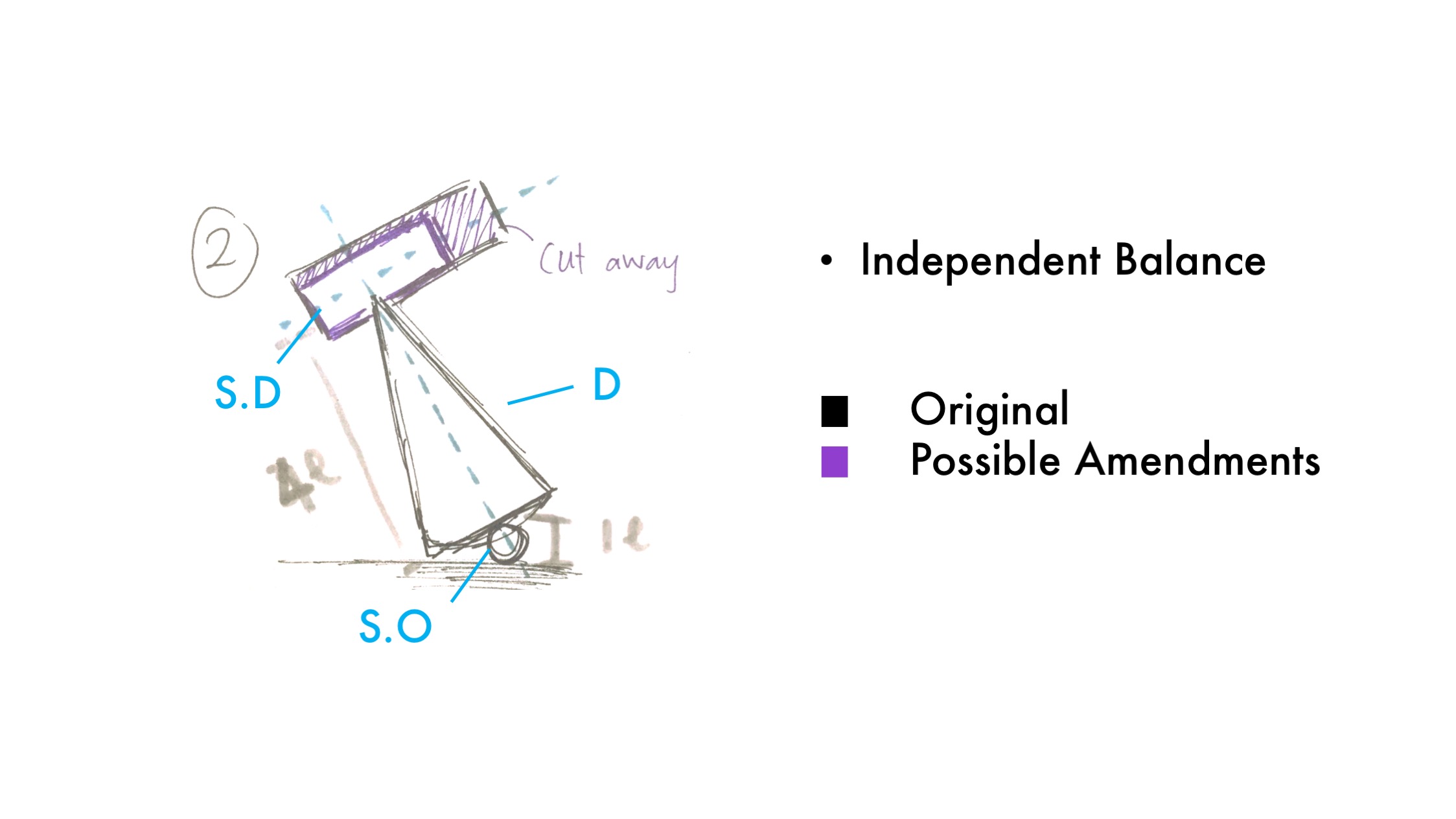 Changes to be made:

Making the Sub-dominant shorter and thinner

Going for a more precarious balance 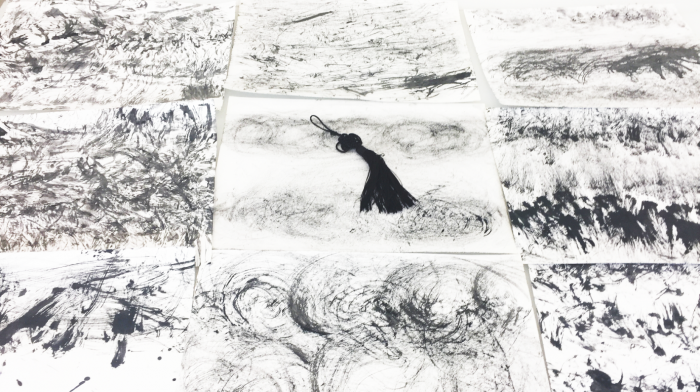 This post showcases other exploration methodology and line works which led up to the final work. 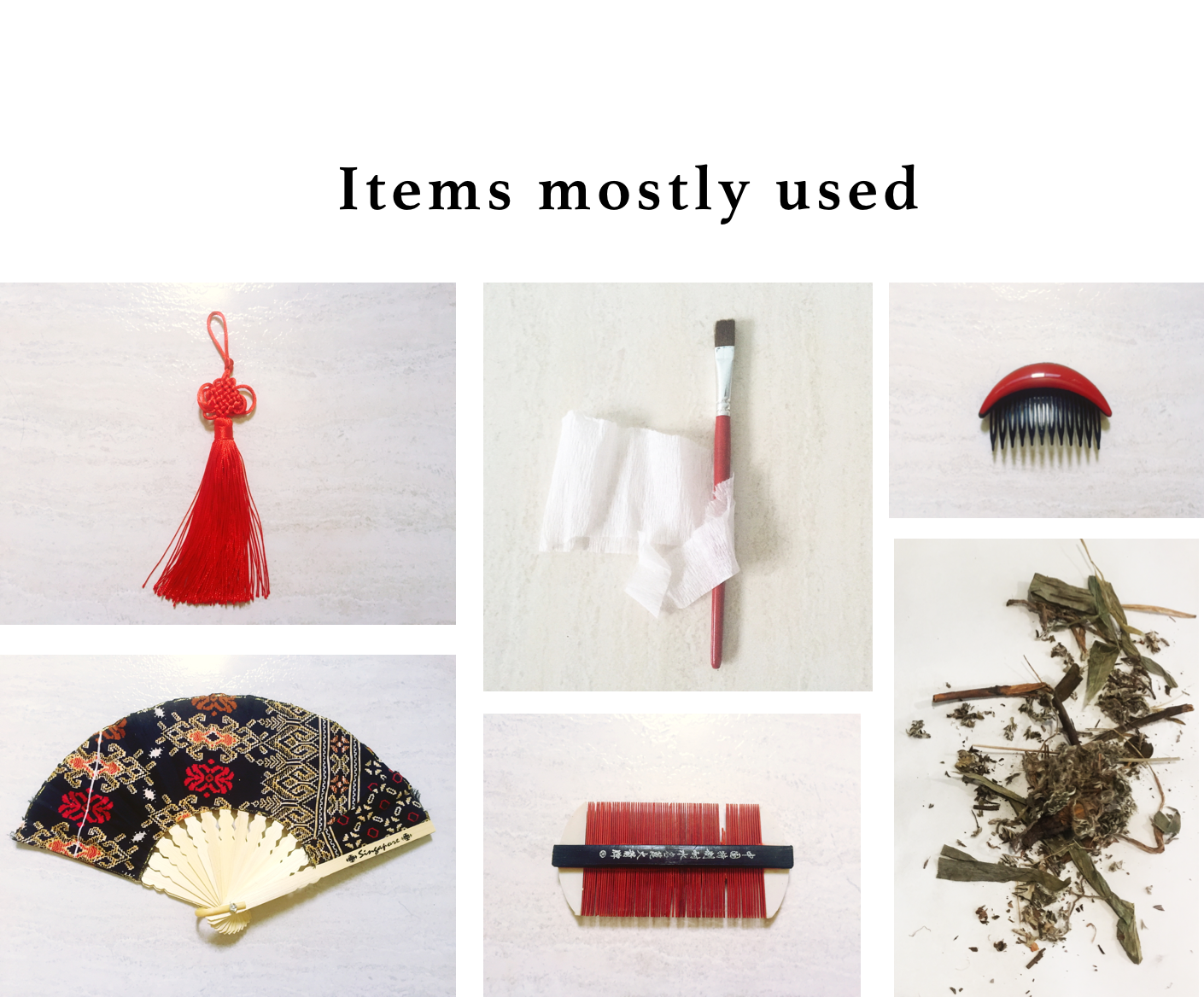 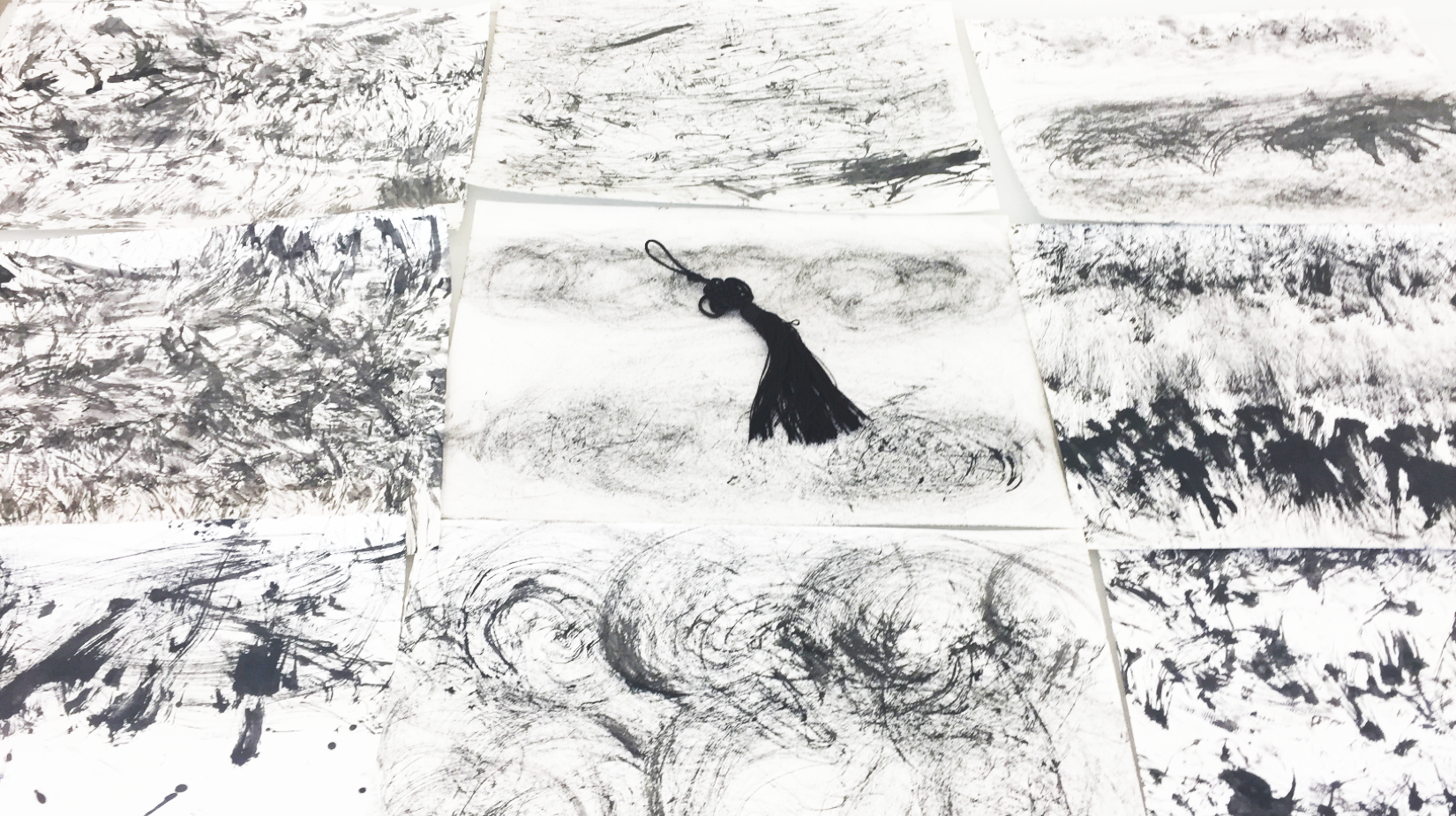 Behold, the versatility of this decorative ornament.

All the line works shown in the picture were made from the ornament. 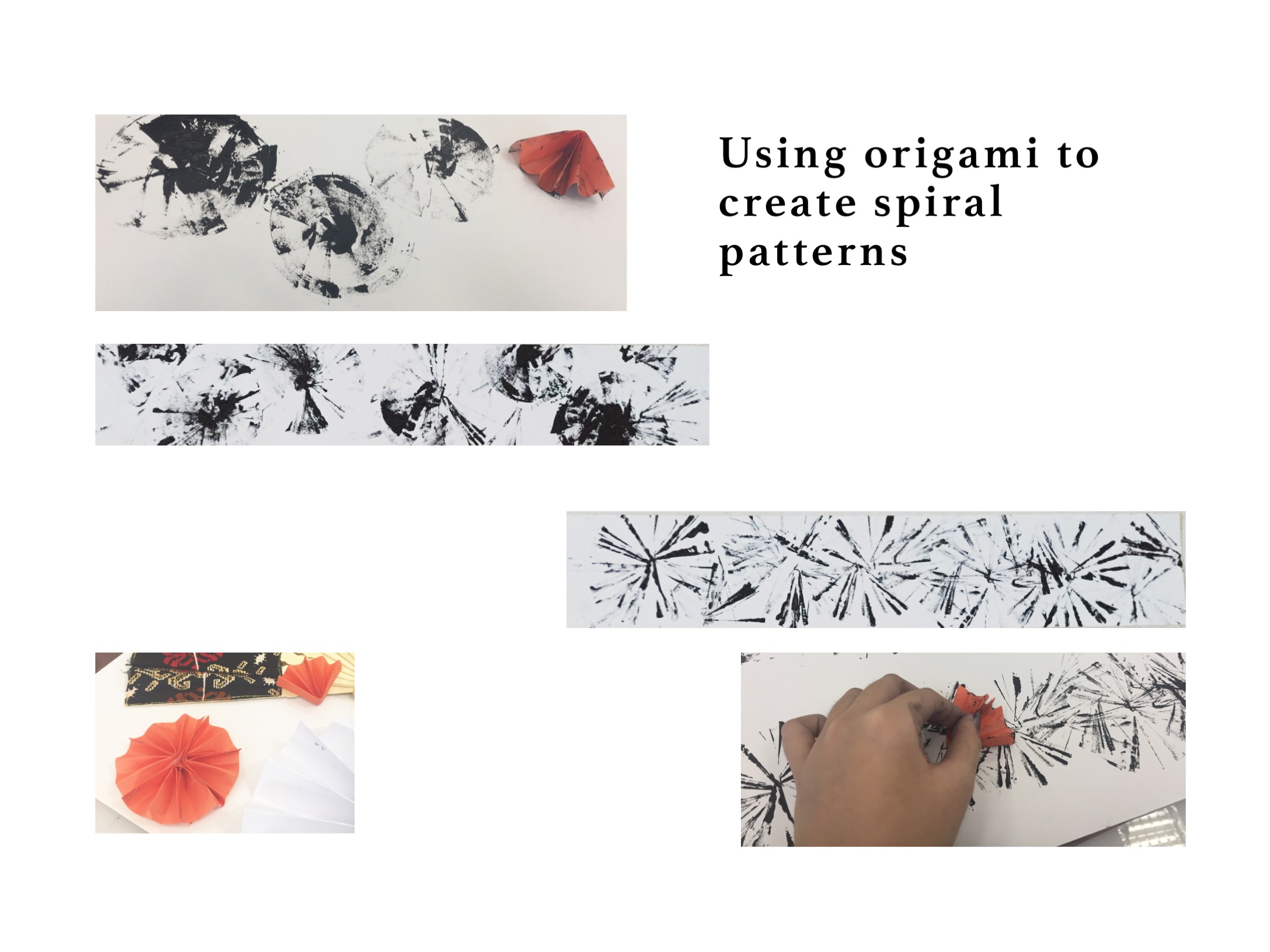 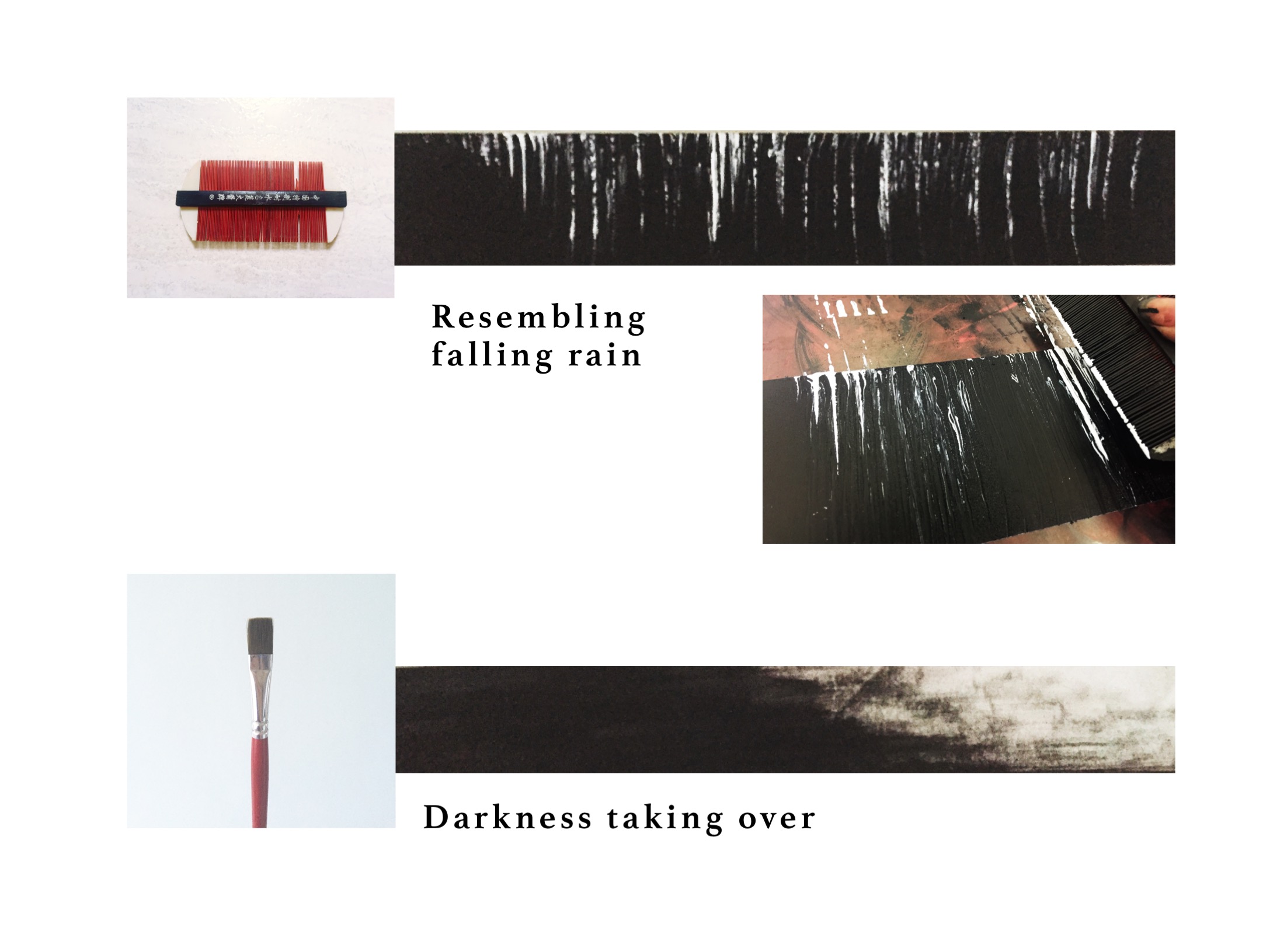 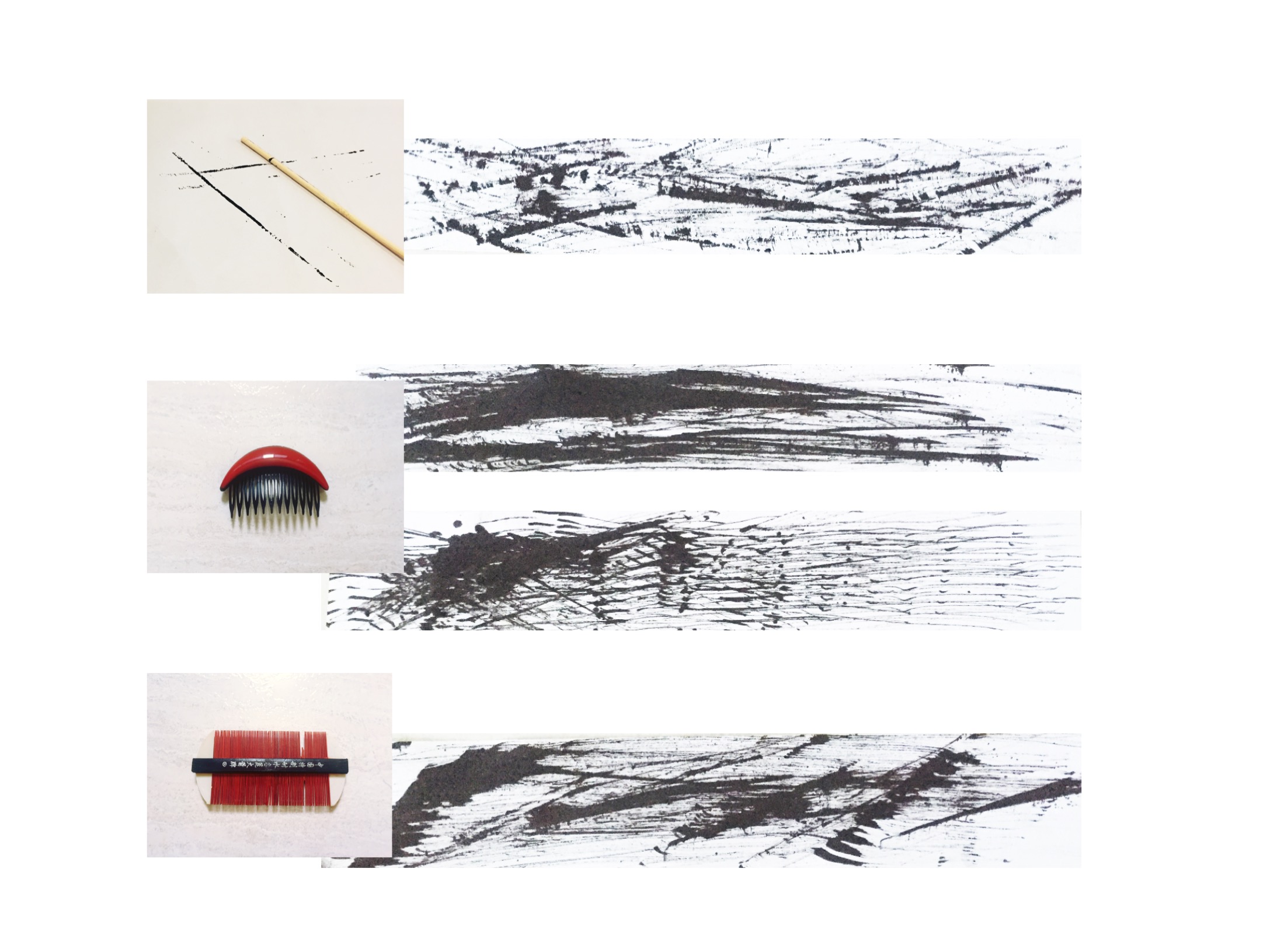 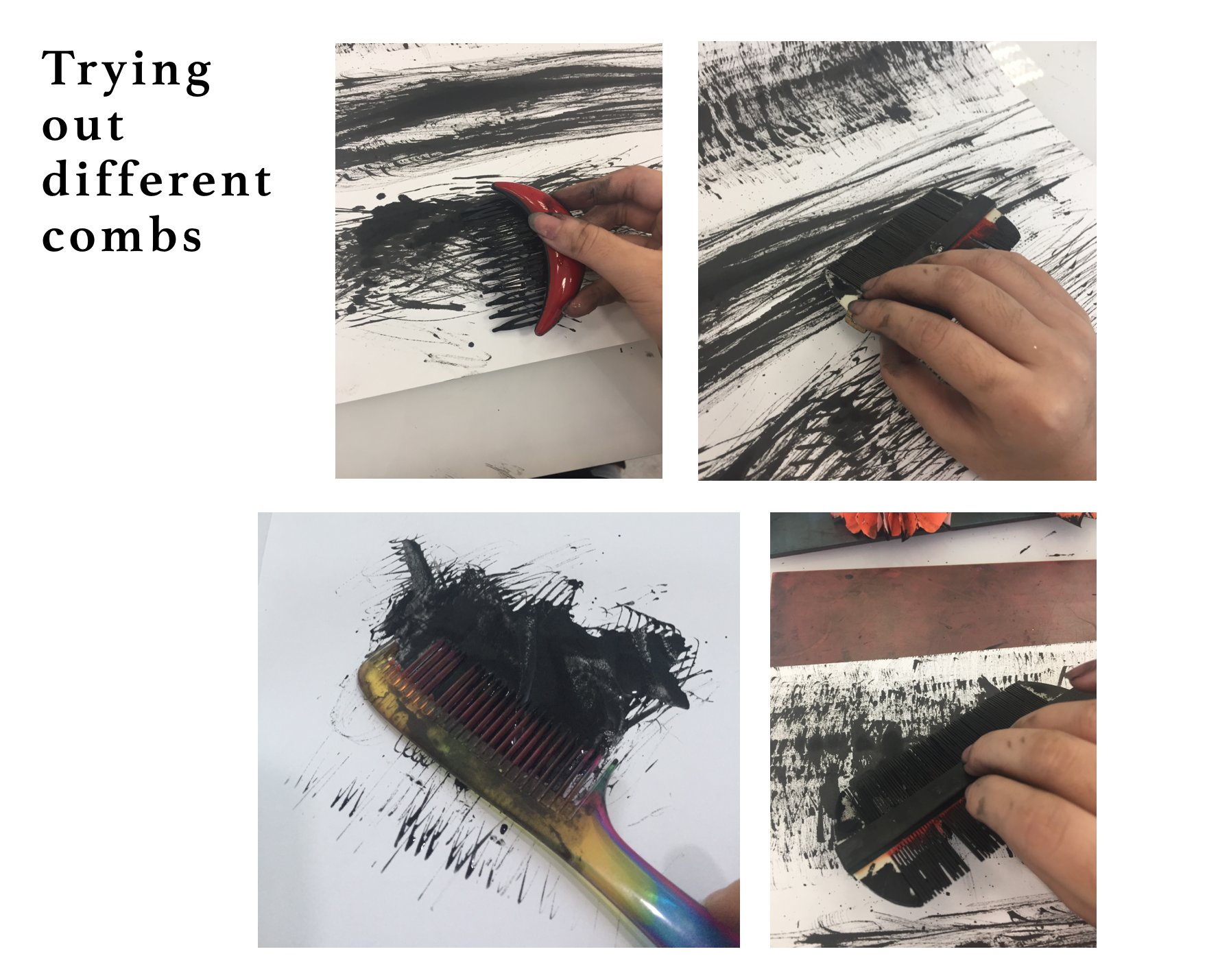 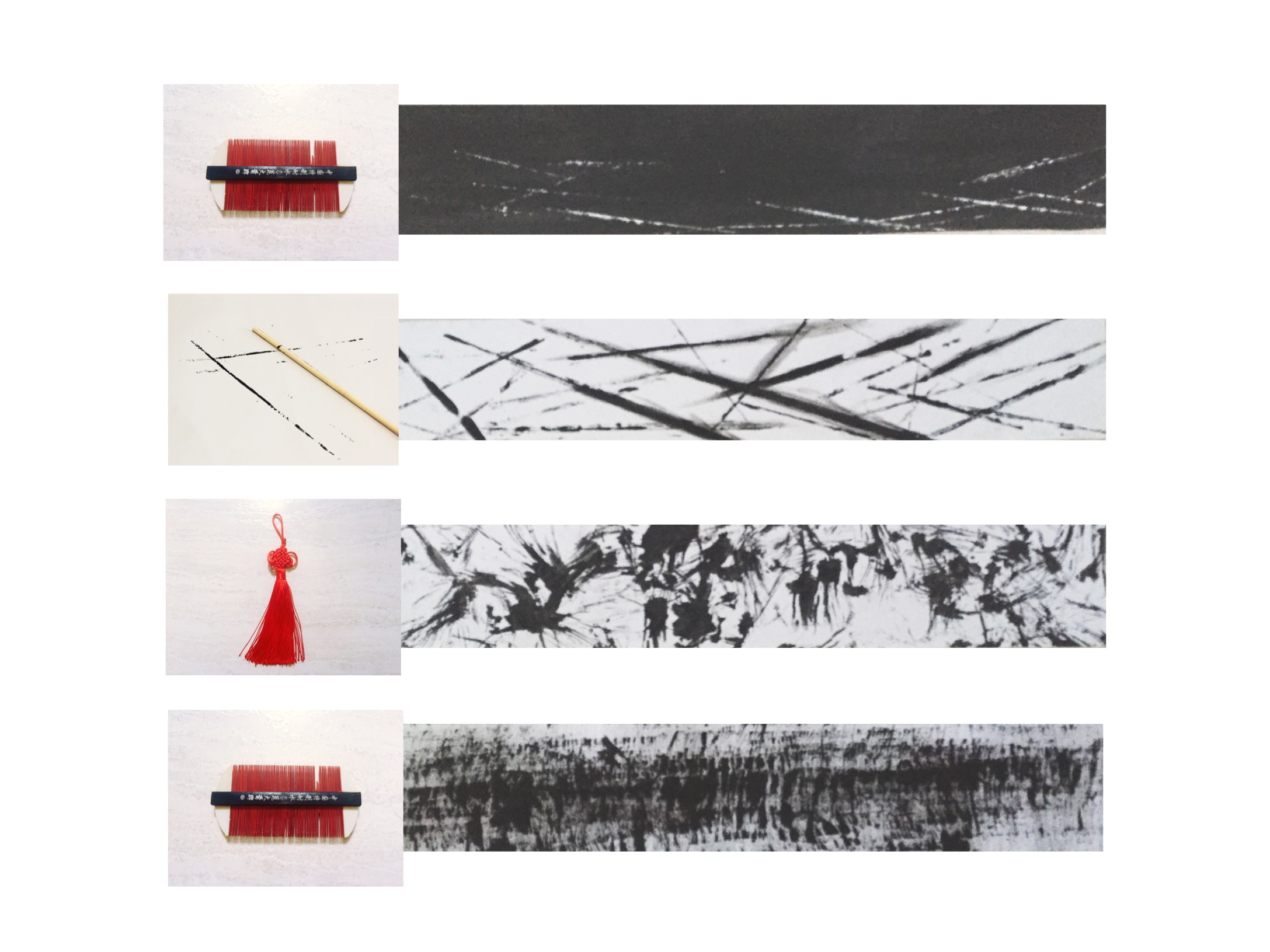 Links to other related posts Capturing the most striking details about her 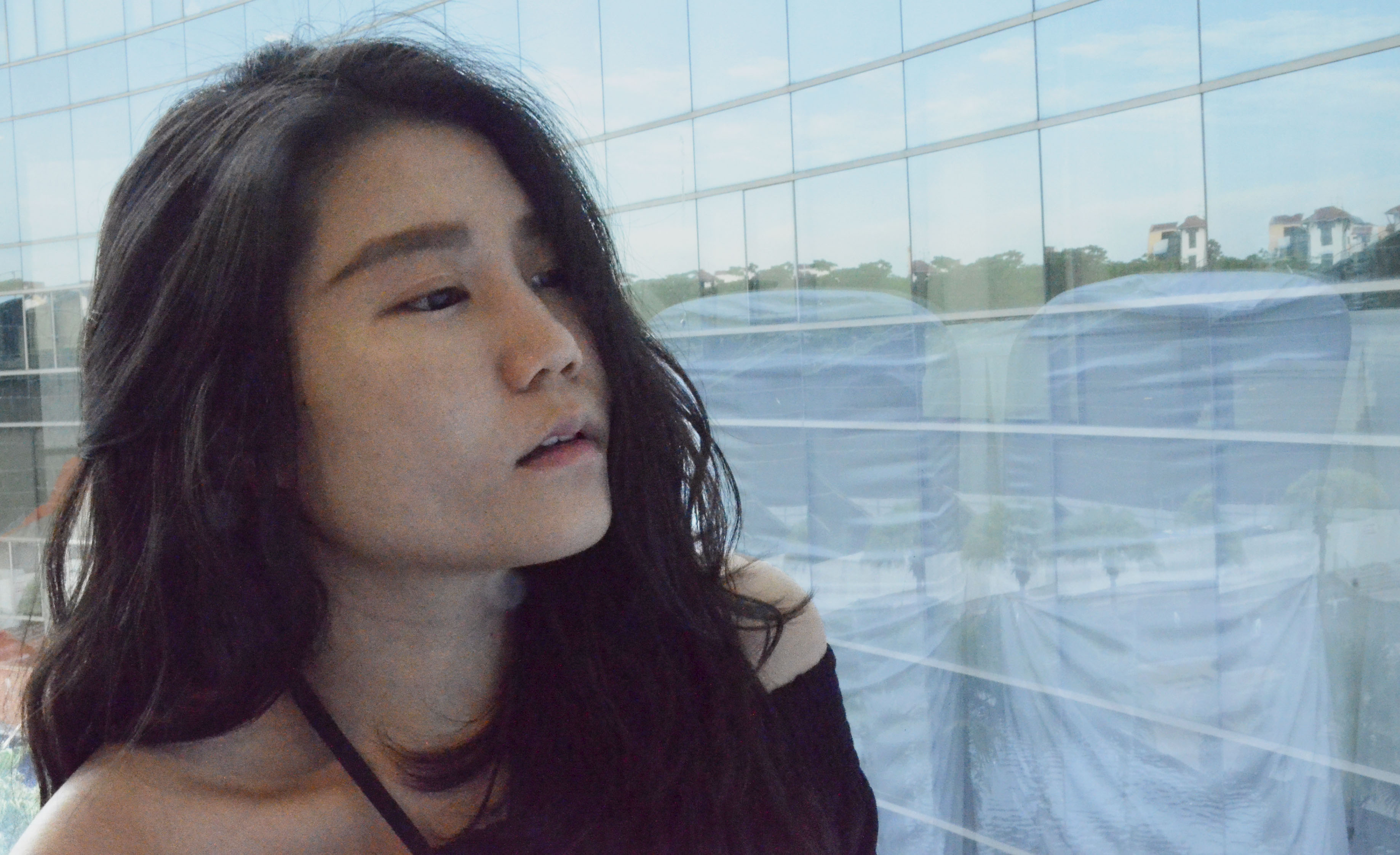 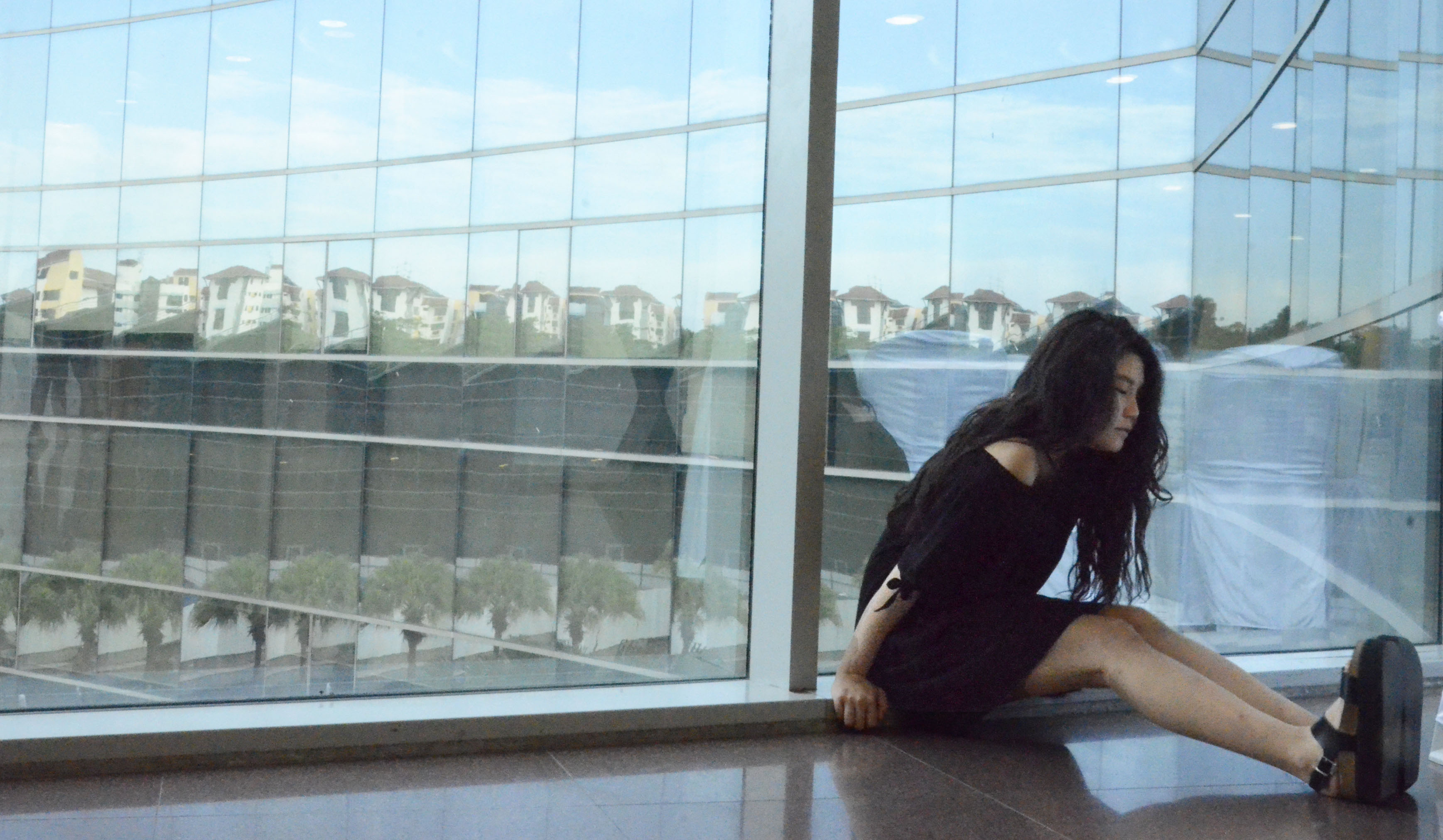 Following the previous lesson, we now had to implement what we have learned onto our boxes. This time, we had to construct our boxes based on the given theme.

For this Pandora’s Box project, the theme I’ve gotten is ‘Imbalance’ 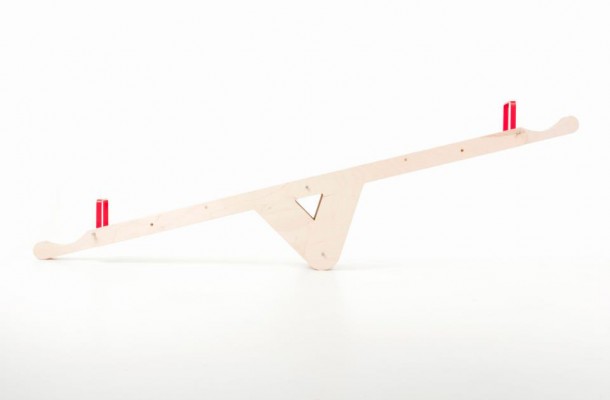 What is Imbalance? It is the state or condition where there is a lack of balance or even proportion. Here is a mini chart I did relating to Imbalance. 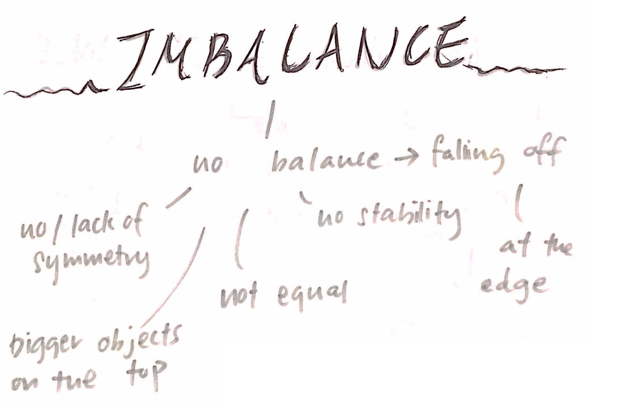 With that, I began to draw out possible 2D Sketch Analysis for the composition of my boxes. 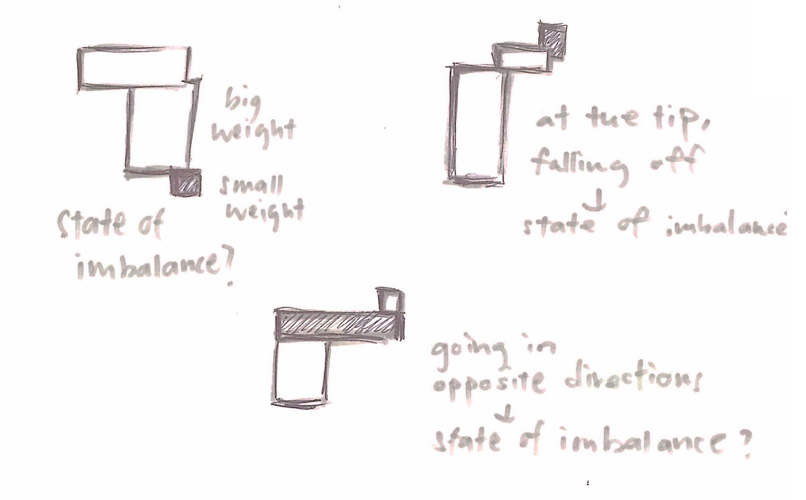 For my first draft, I finalised on these three concepts.

Then, I picked 2 of them to make up my box composition. 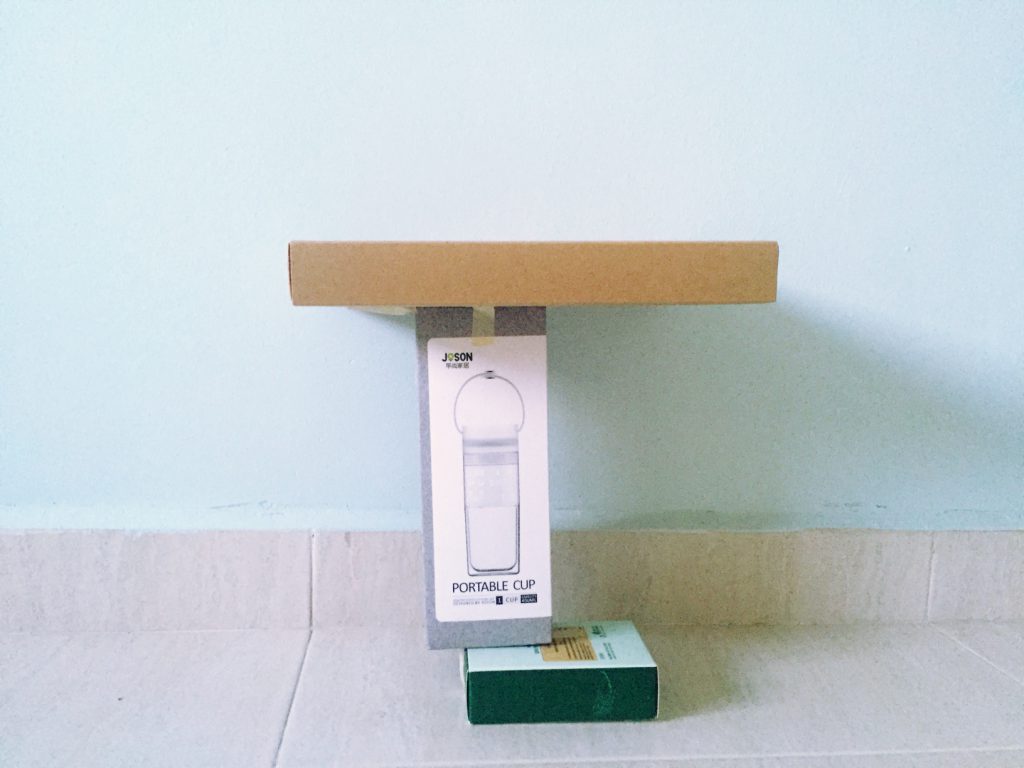 The main idea behind this concept is to have the larger weight on top and a smaller weight supporting it so that it seems like the structure isn’t supposed to balance but it does. The structure was made to have no symmetry and the boxes are of different sizes to show the dominant, sub-dominant and sub-ordinate. 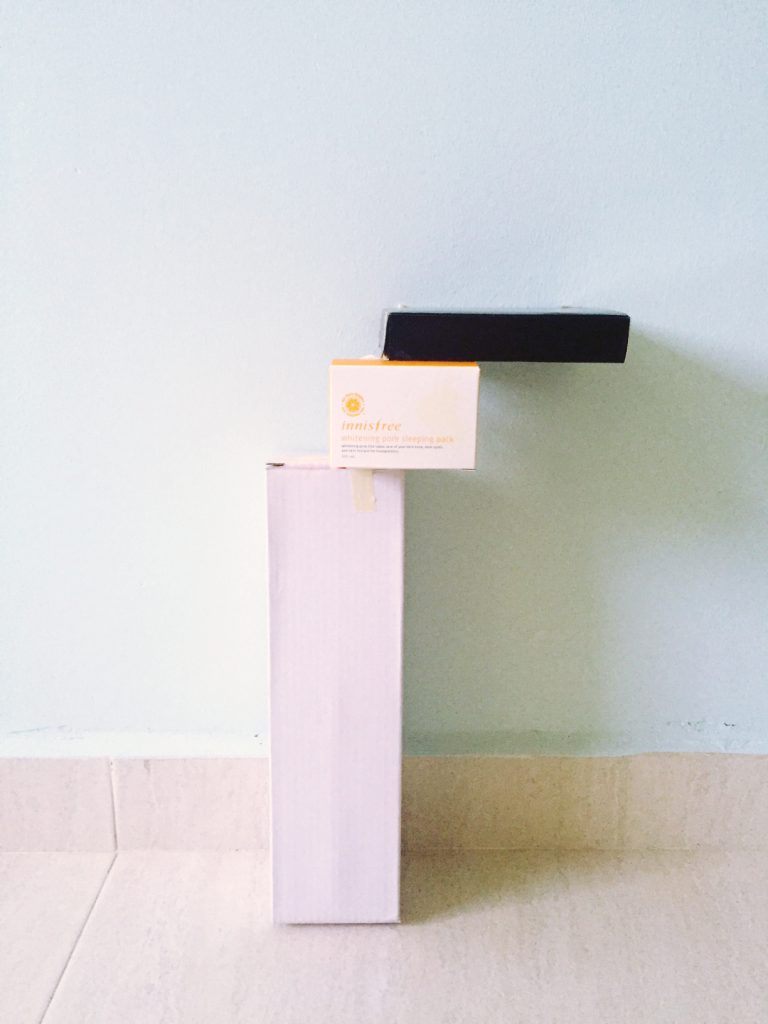 For this concept, I played with placing everything on the edge, so that it looks like they’re about to fall- causing imbalance. Compared to concept 1, the boxes are placed further on the edge, occupying around 1/4 of the space. Similarly, the structure is not symmetrical.

After consultation, concept 1 was chosen as the better model to show the concept of ‘Imbalance’. Some feedback on improvements to be made however was to place the boxes further off the edge so that it really gives off a sense of imbalancing.

With that in mind, I tried to made some adjustments on the concept by trying out on blue foam. I picked out some suitable pieces from the used foam corner and proceeded to cut them into shape. Then, I joined them by using the methods discussed in class such as ‘wedging’ 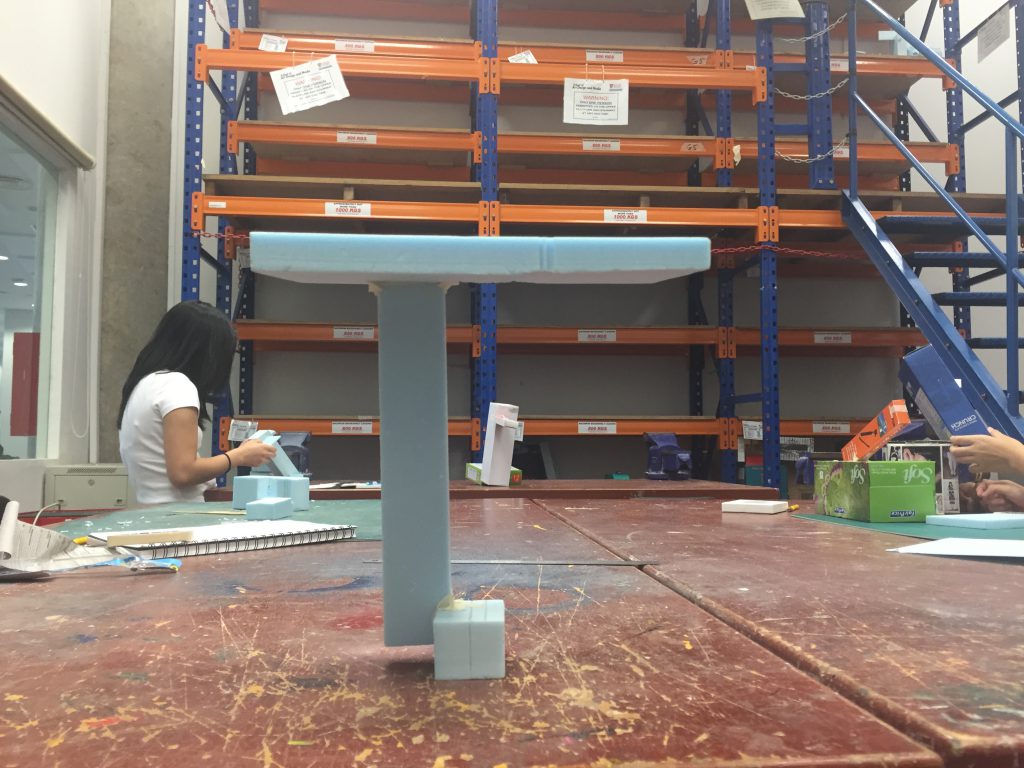 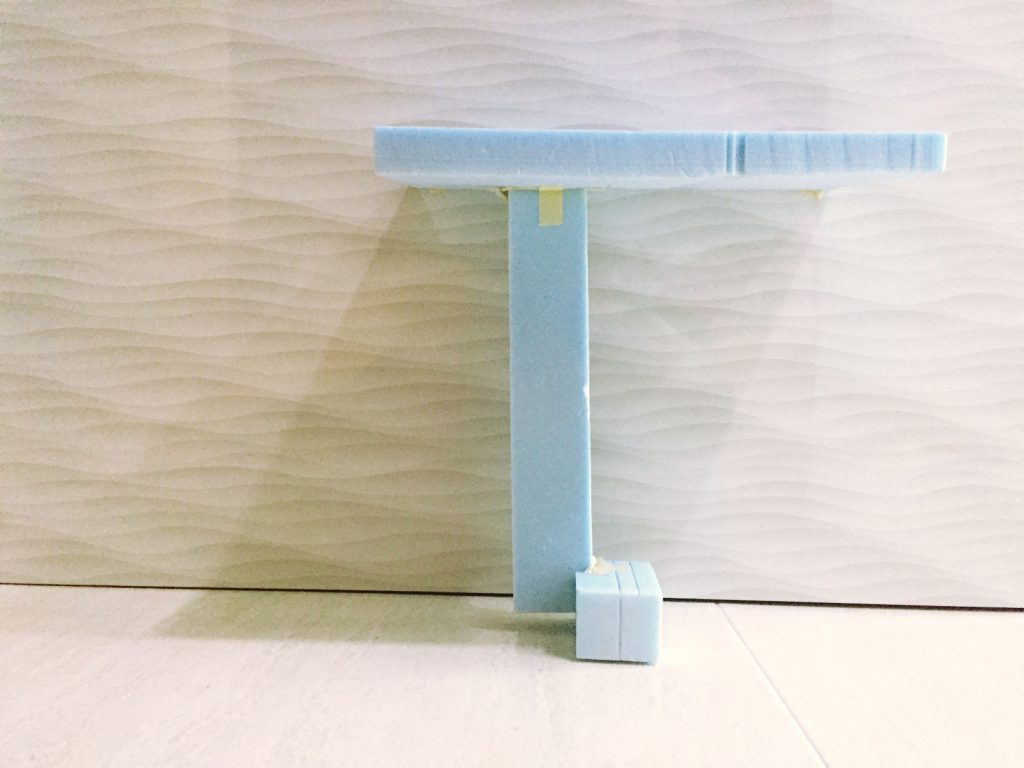 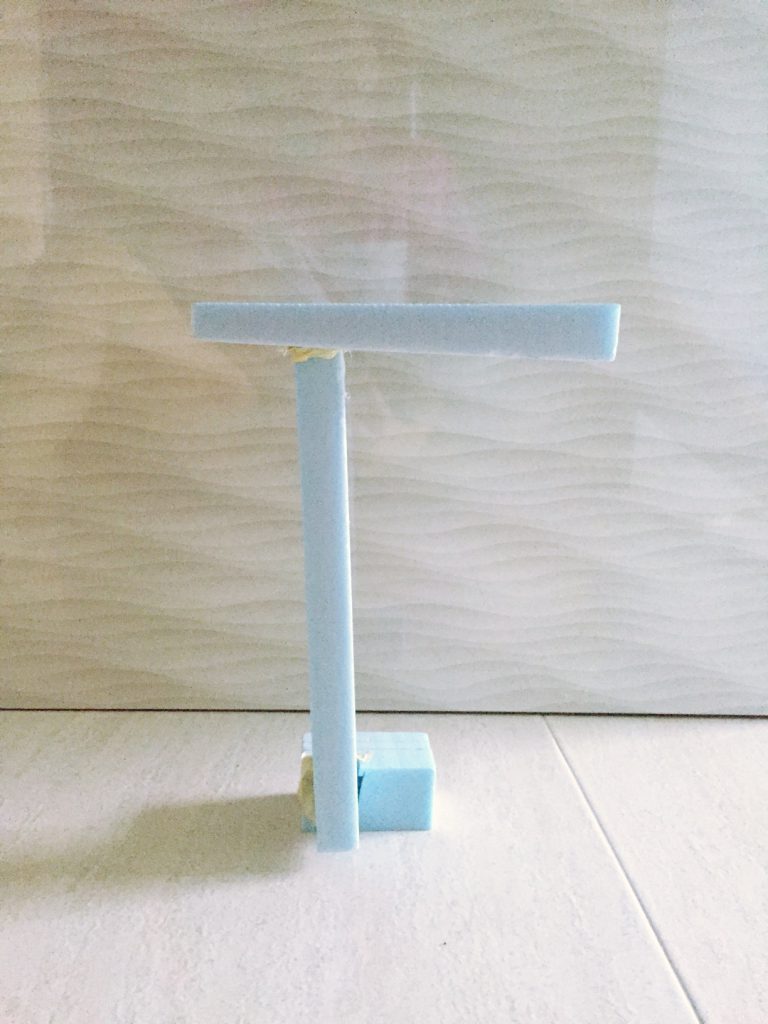 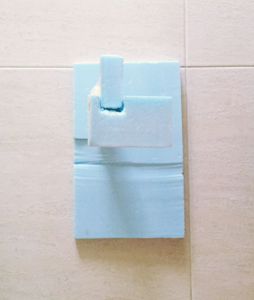 This is the structure I was able to come up with in class. This is not really a second attempt worthy model but just a test out I quickly did up during class to try out the blue foam. Nonetheless, it did give me some inspiration for ideation as I play around with the forms.