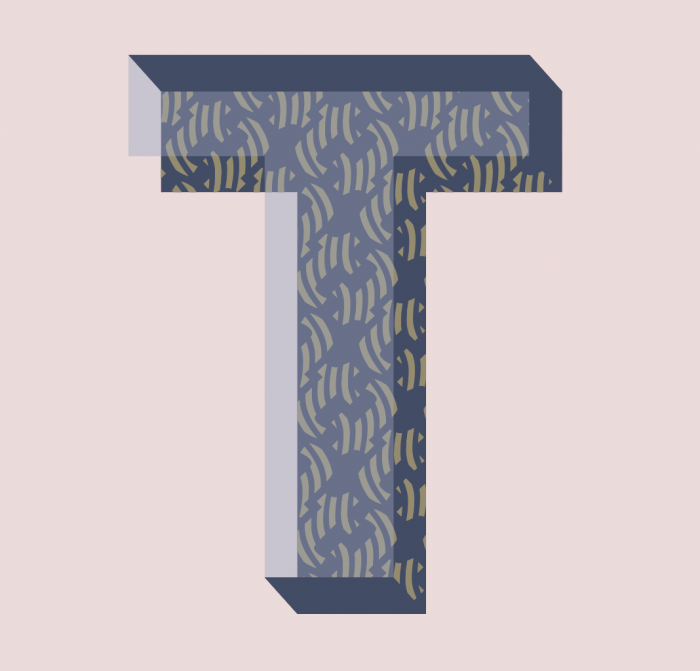 I started the project having in mind a dual functional item. I thought of doing a calendar with a postcard/card joined to it.

It was decided that it would be a 2-year calendar because of the 26 letters of the alphabet and each year would be distinguished by separate colours. Although navy was a debatable colour because one can’t write on and be seen. However, I stuck with it and introduced a colour marker that can be used on both the light and dark colours.

I started by creating and selecting the background colour first and then moved on to design the calendar. 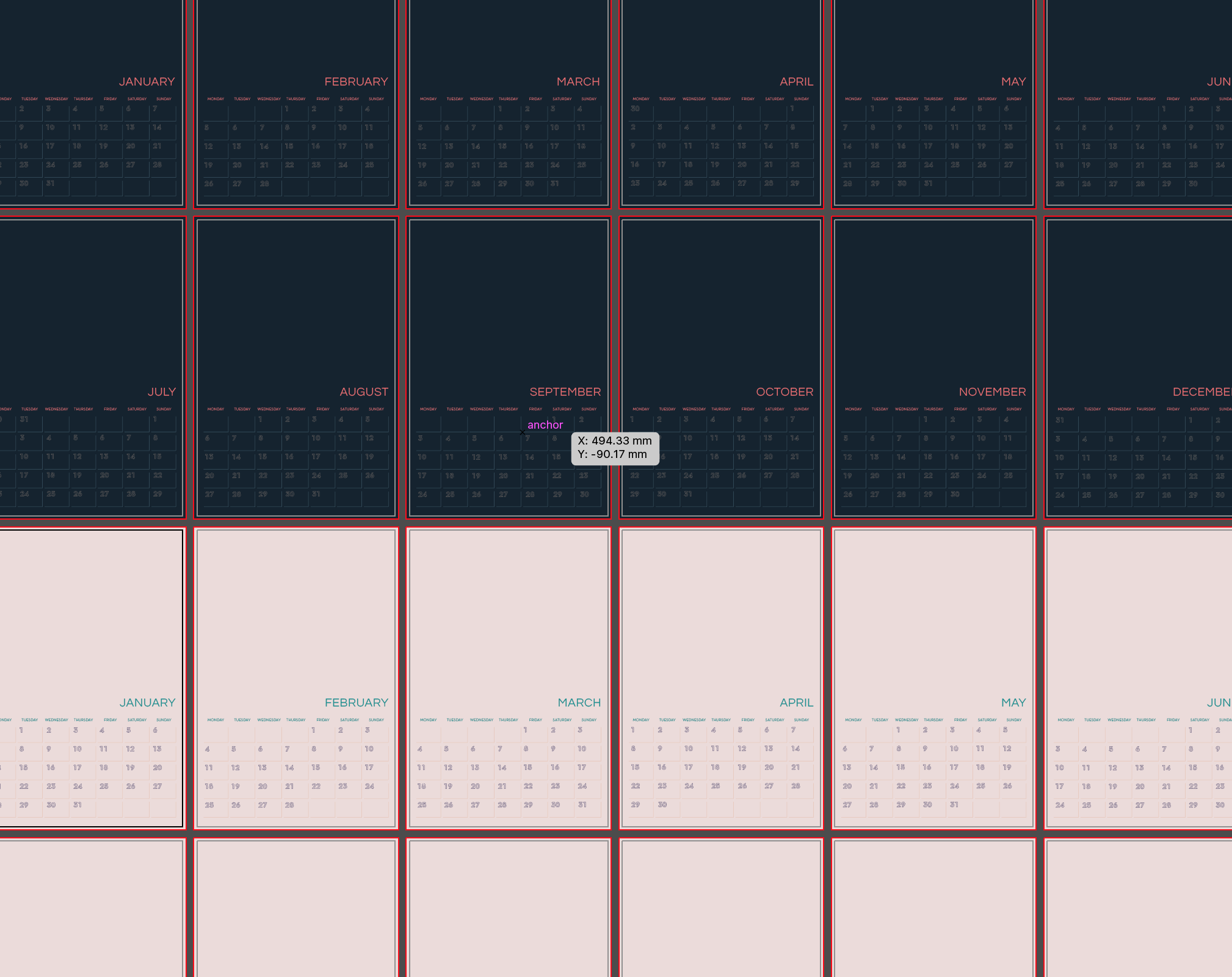 What was tedious about it was to shift and align the dates and days of every month fearing that one or two may be misaligned. Halfway through, I found some that weren’t aligned and had to realign everything in order for it all to be consistent. For 2018, I chose

After that, I moved on to making the 3d letters from A-Z and then creating the pattern. 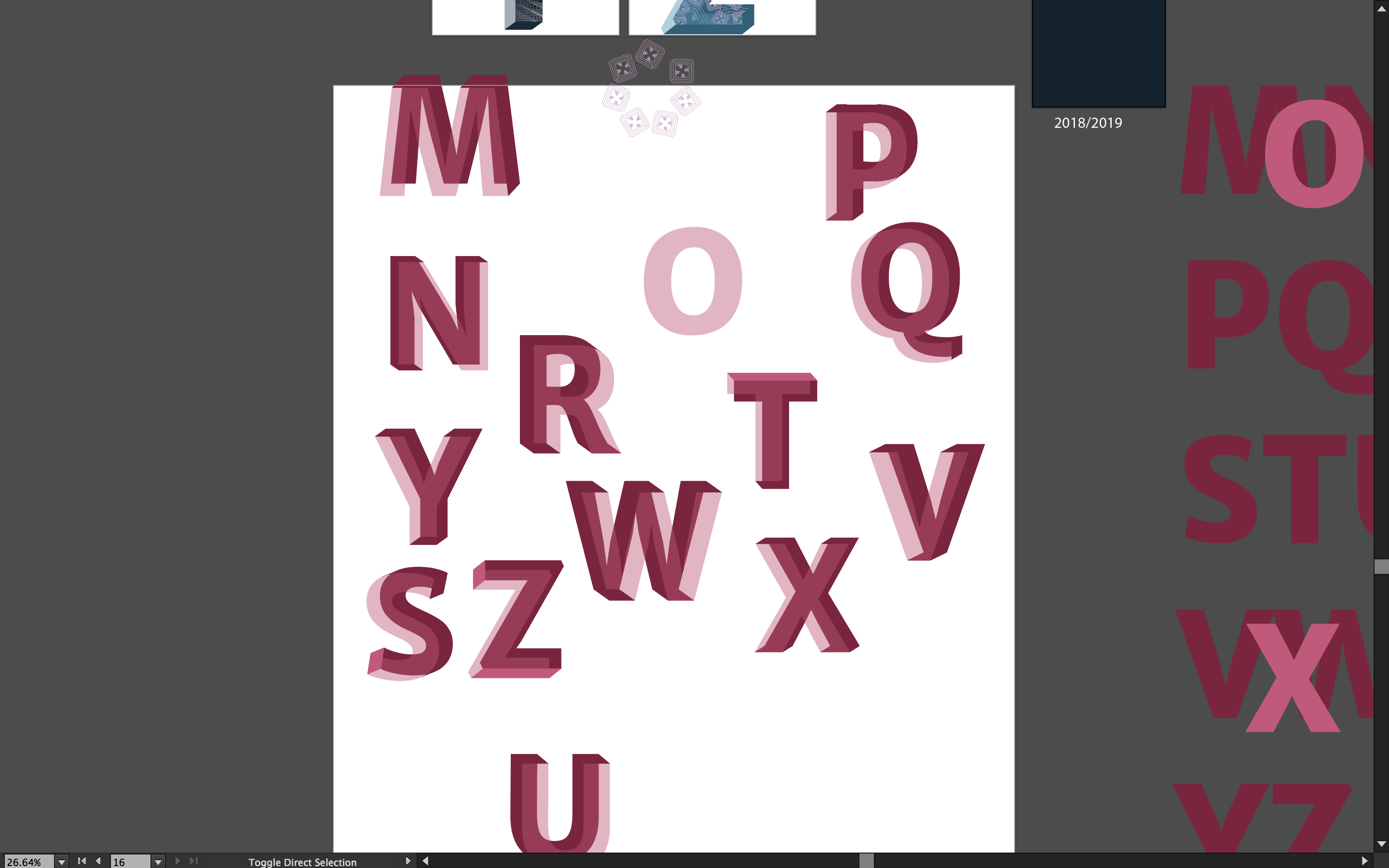 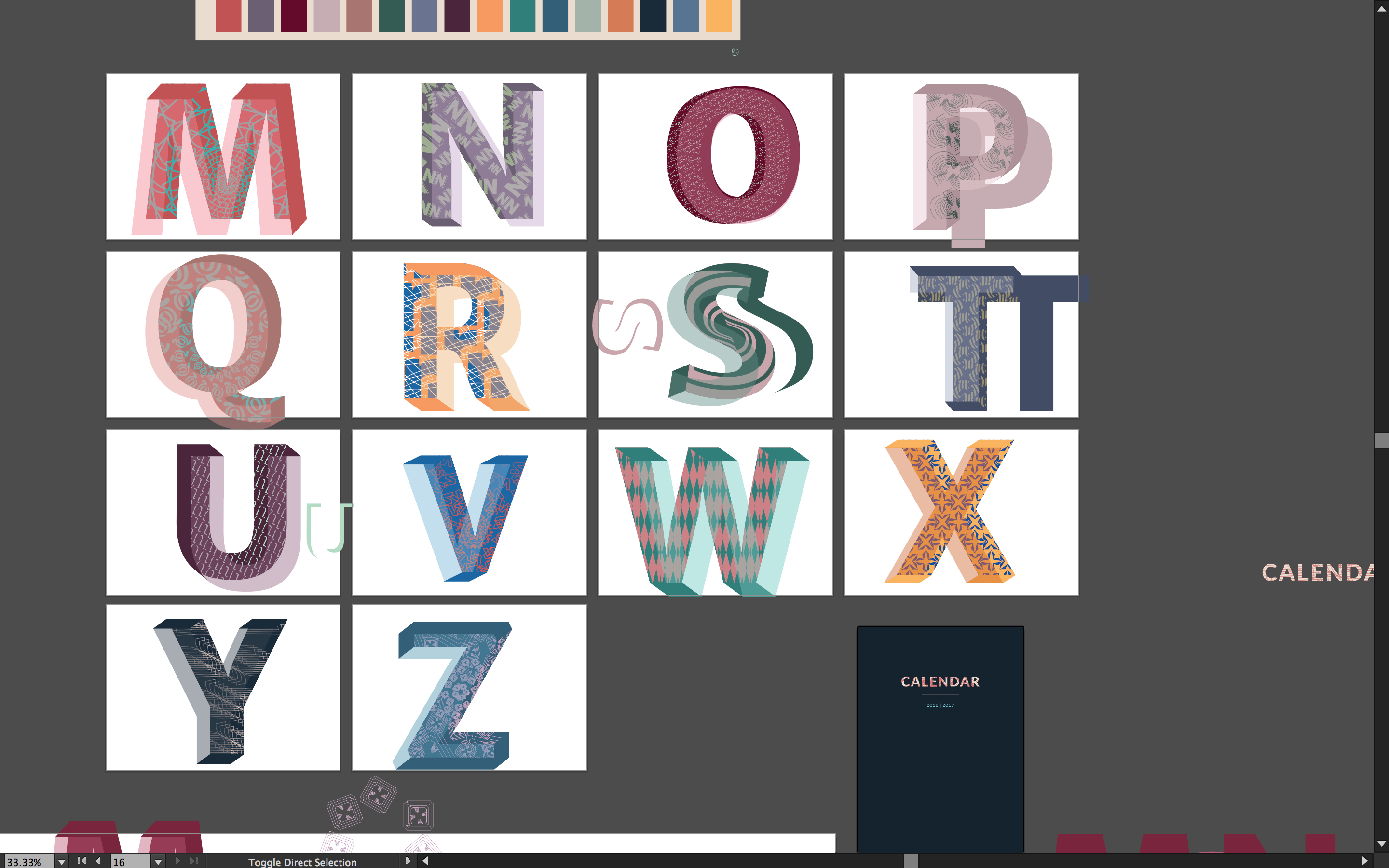 What was difficult about this was creating the 3d outlines for the curves of different alphabets. Of course, there were times that it was difficult to decide on the pattern unit. Would it have been too similar to something before, or would it look too boring and consistent? Should I use a line or fill? All these questions and uncertainty about the patterns arose but I decided to just play around and go with what felt best.

In choosing the colour of the patterns, letters and background etc, I created a swatch and chose colours off it, tweaking it a bit here and there so that there would be more contrast or the colours would have complemented one another better.

Before putting together the alphabets, I created the dividers between the postcard and the calendar to separate it. The dividers also represent the marks for perforation so that it can all be separated easily. Finally, it came down to laying out the alphabets on the calendar After this, I designed the cover of the calendar and made use of some of the patterns that I created. I decided to go for a simple clean look outside to keep it minimal. I tried playing around with the glow effects to make it pop out more but decided against it as I felt that it didn’t work as well. 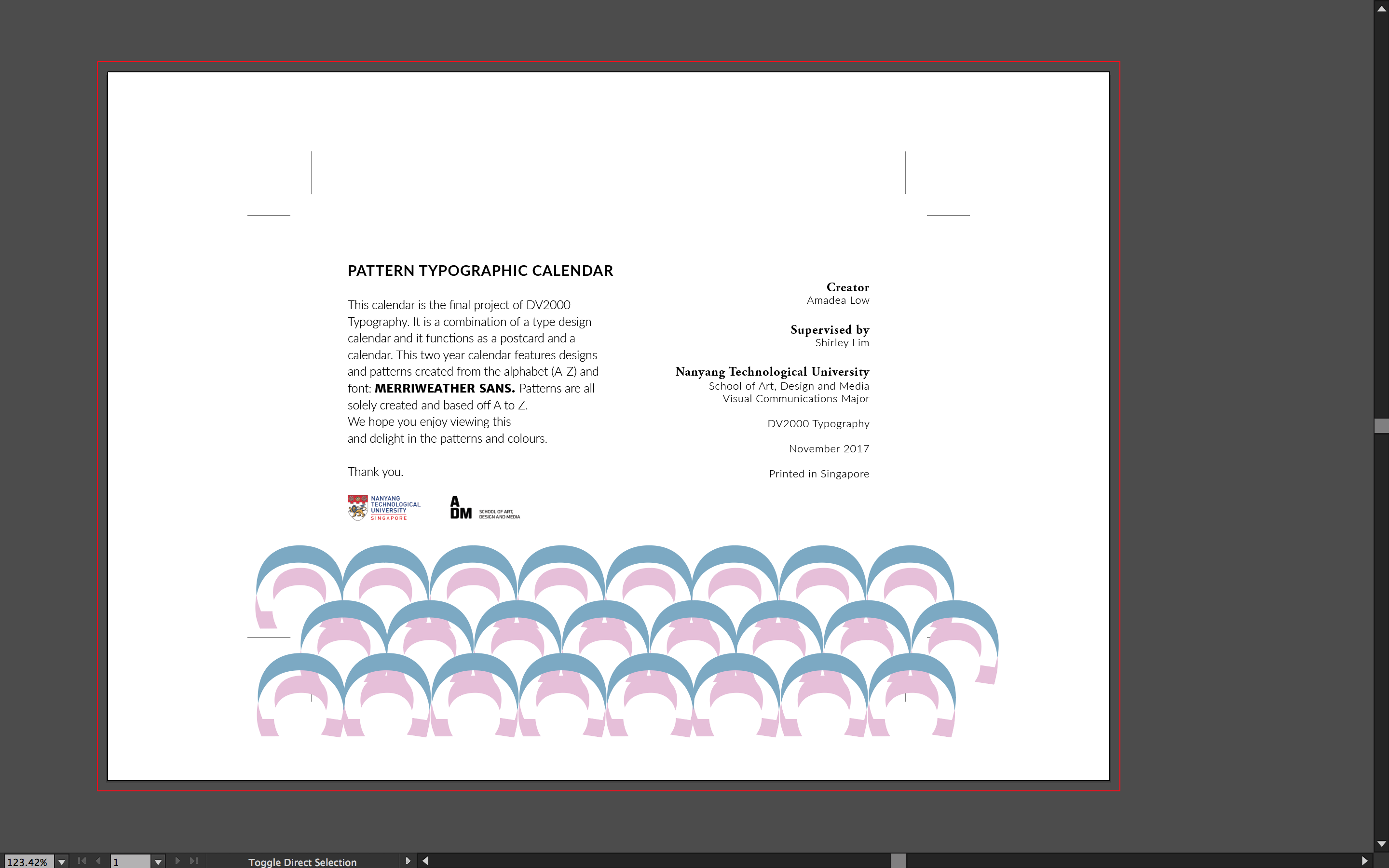 I created this little write up to put inside my calendar for users/views to have a better understanding of what and why this calendar was created. I printed it on a tracing paper to give it a lighter effect and viewers see it. 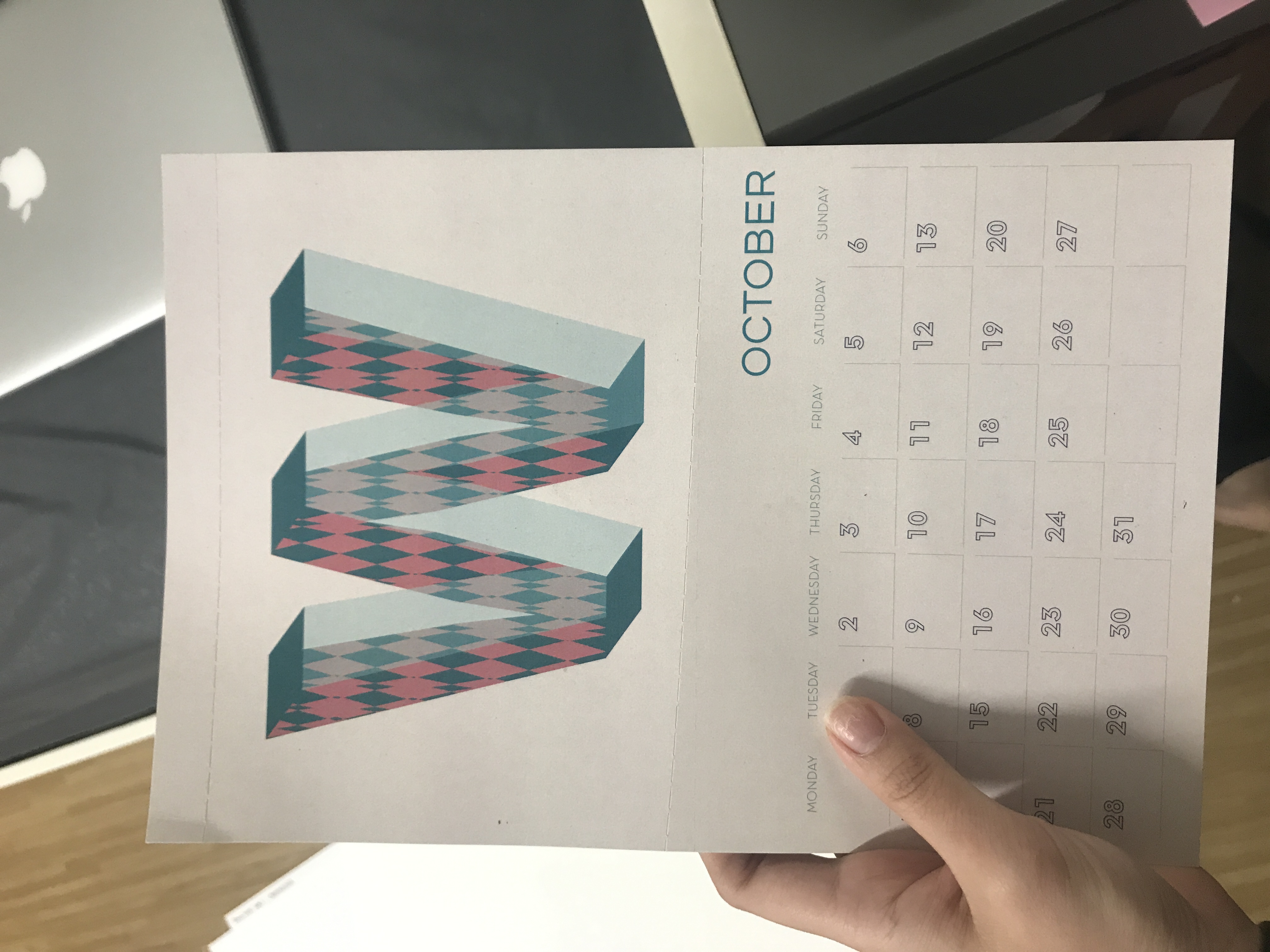 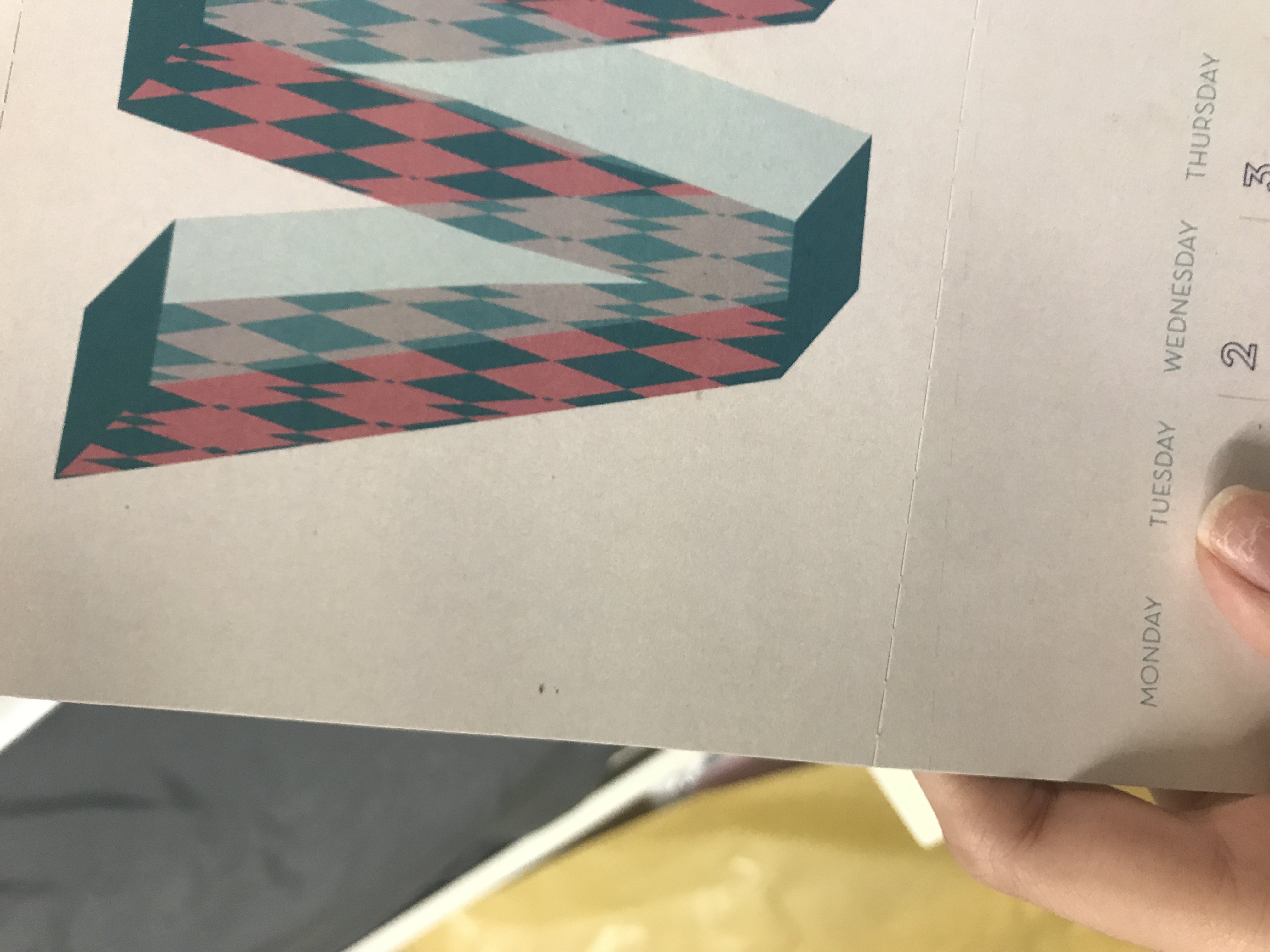 As you can see, the perforation isn’t straight and that’s because it wasn’t easy to do it as there must be accuracy in the strength used for the perforator if not it would roll off wrongly like this.

I decided to do a sleeve out of tracing paper so you can slide it in and out. 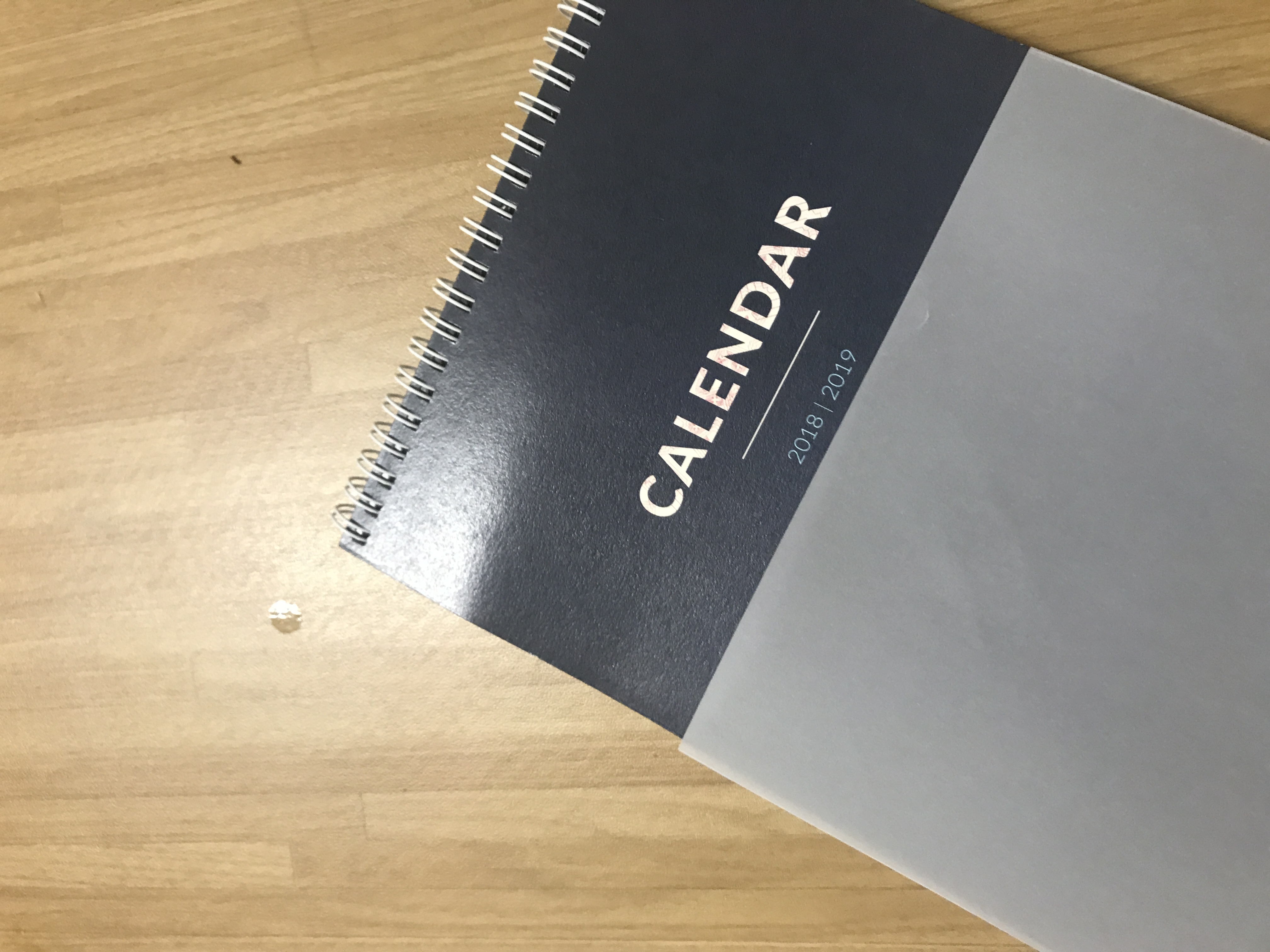 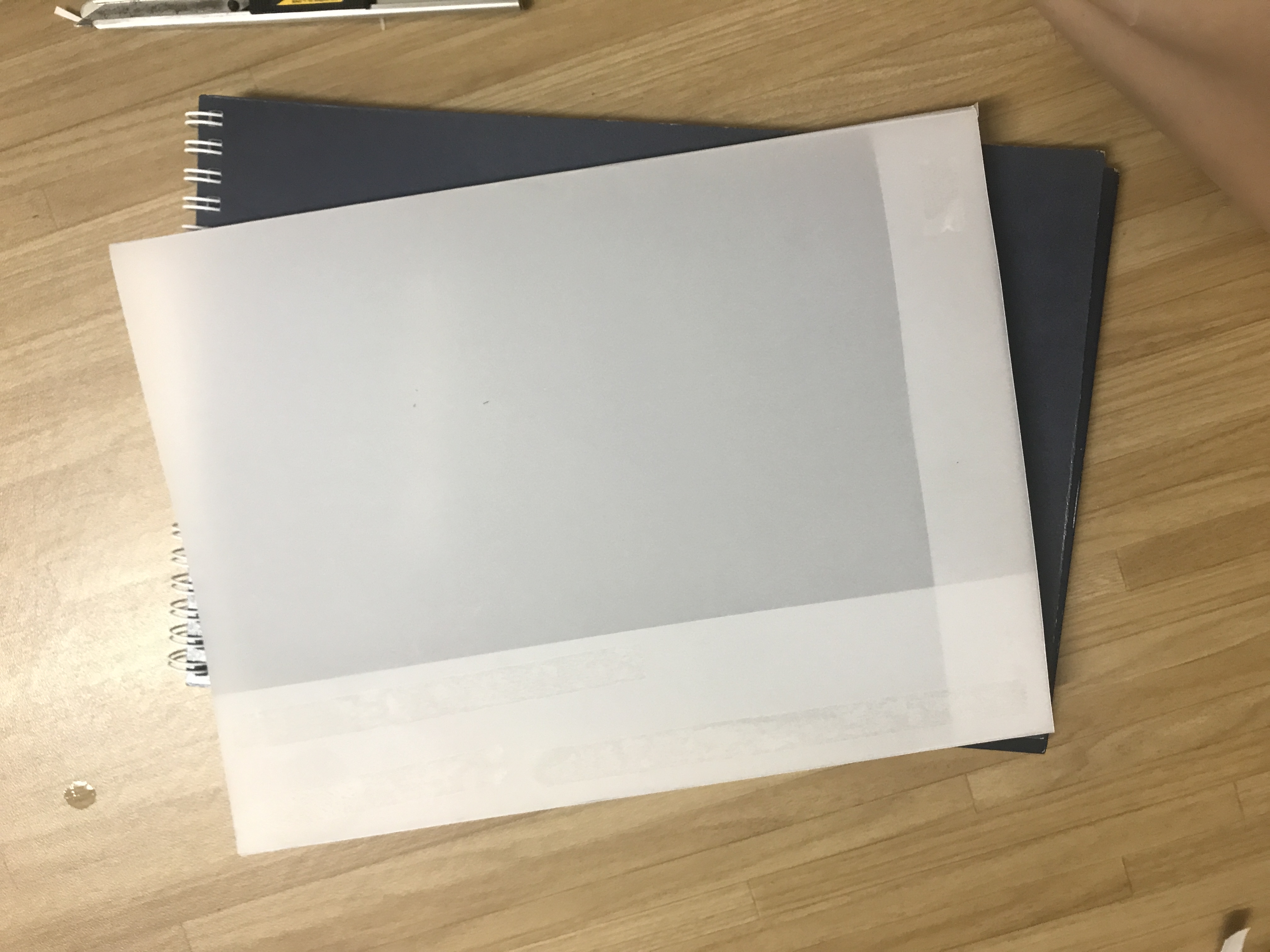 However, using this as a packaging may not be the best as you can see the tabs clearly and pasted and of course all the errors that lie behind.

Here is the little sticker collection of all the patterns from A-Z, it was fun cutting everything out with the small little details. However, it isn’t perfect due to the human error. But this was an additional item I wanted to add on to the product presentation. 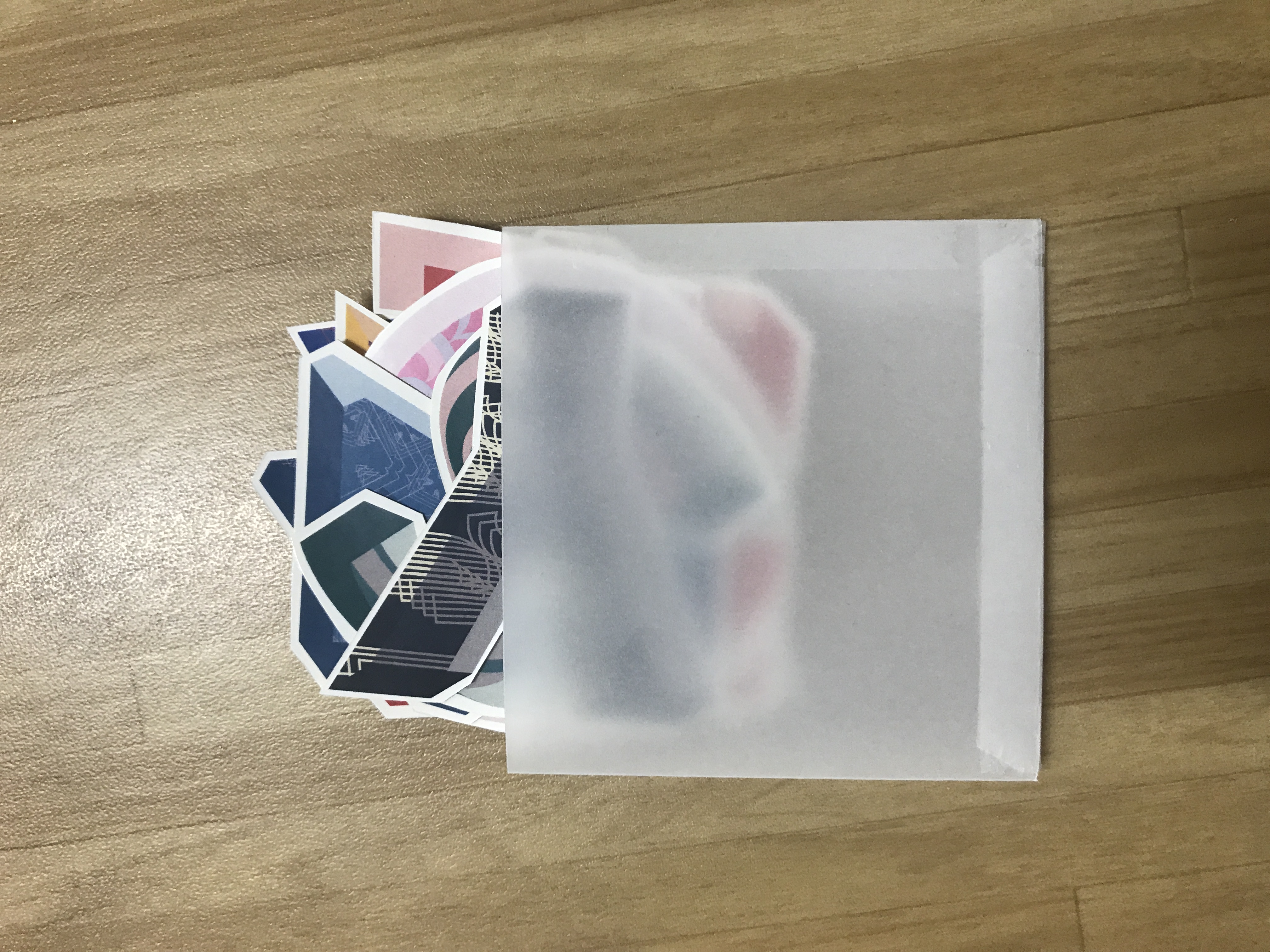 It was a long and tough process of piece everything together and I saw the importance of using layers in illustrator to create everything balanced and to have a good order or what and where everything is. What was fun was thinking about the patterns and I think seeing everything come together layer by layer is worthwhile!

Here is the digital copy of everything!

Will have more updates after the presentation! 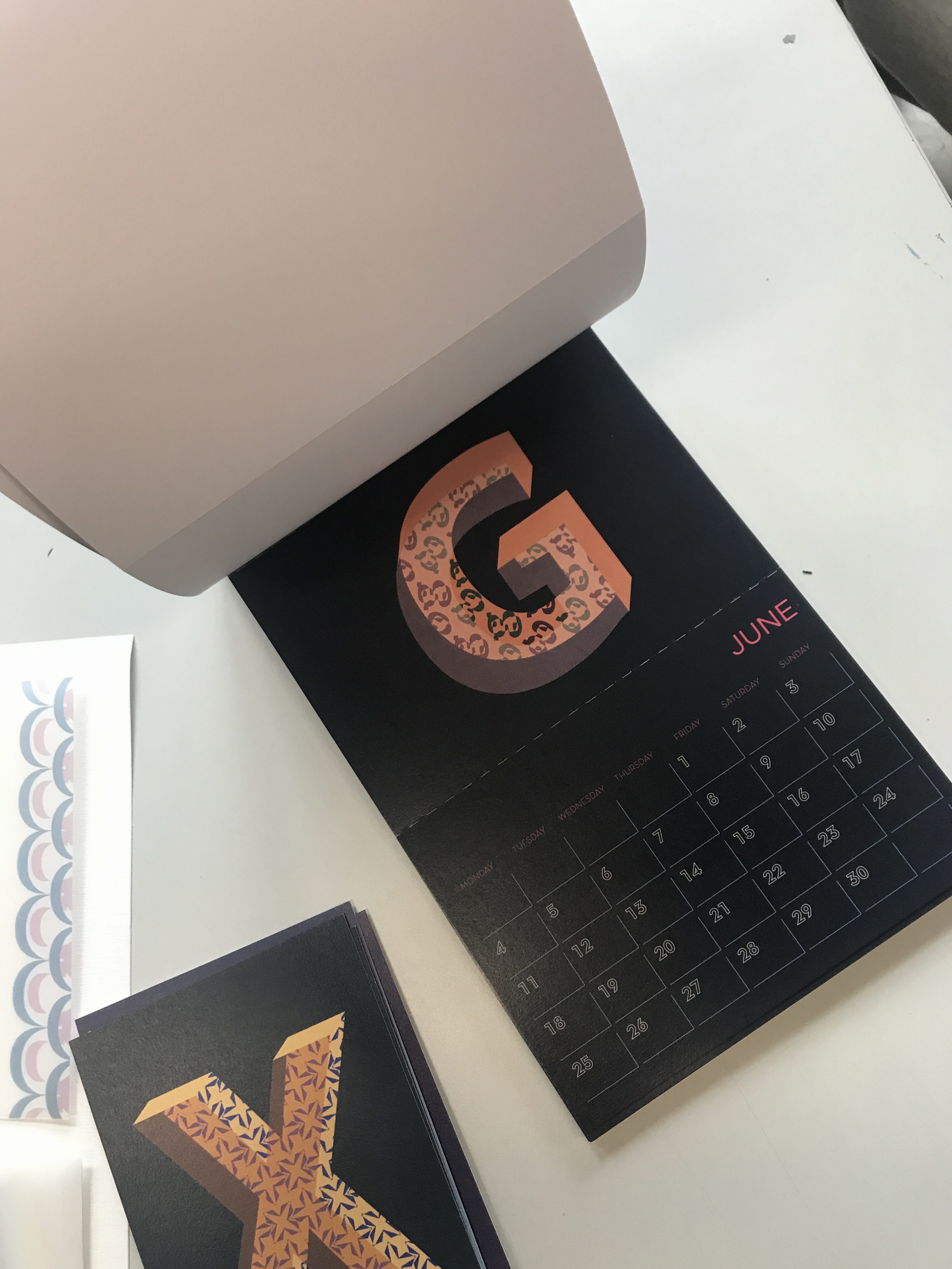 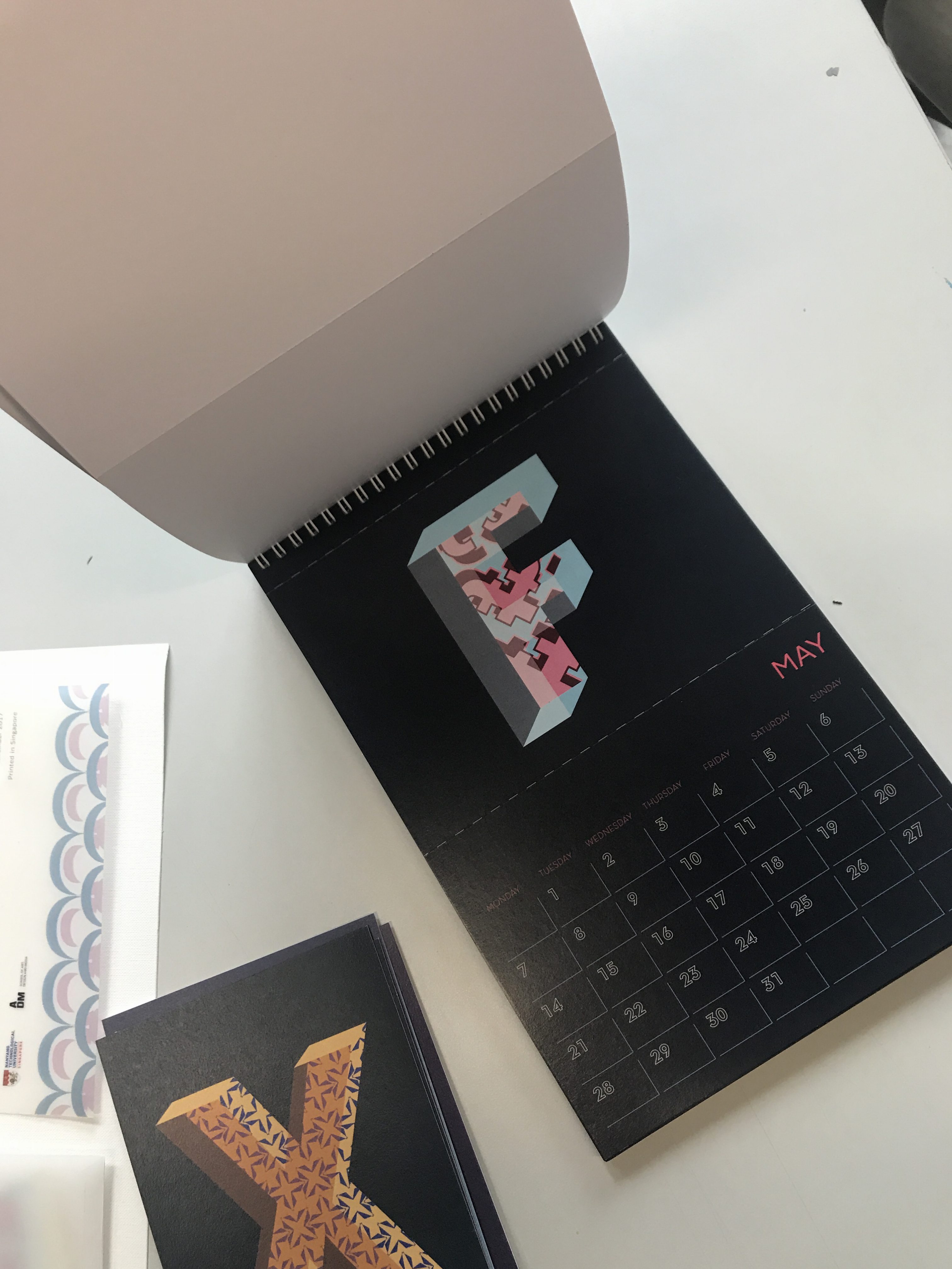 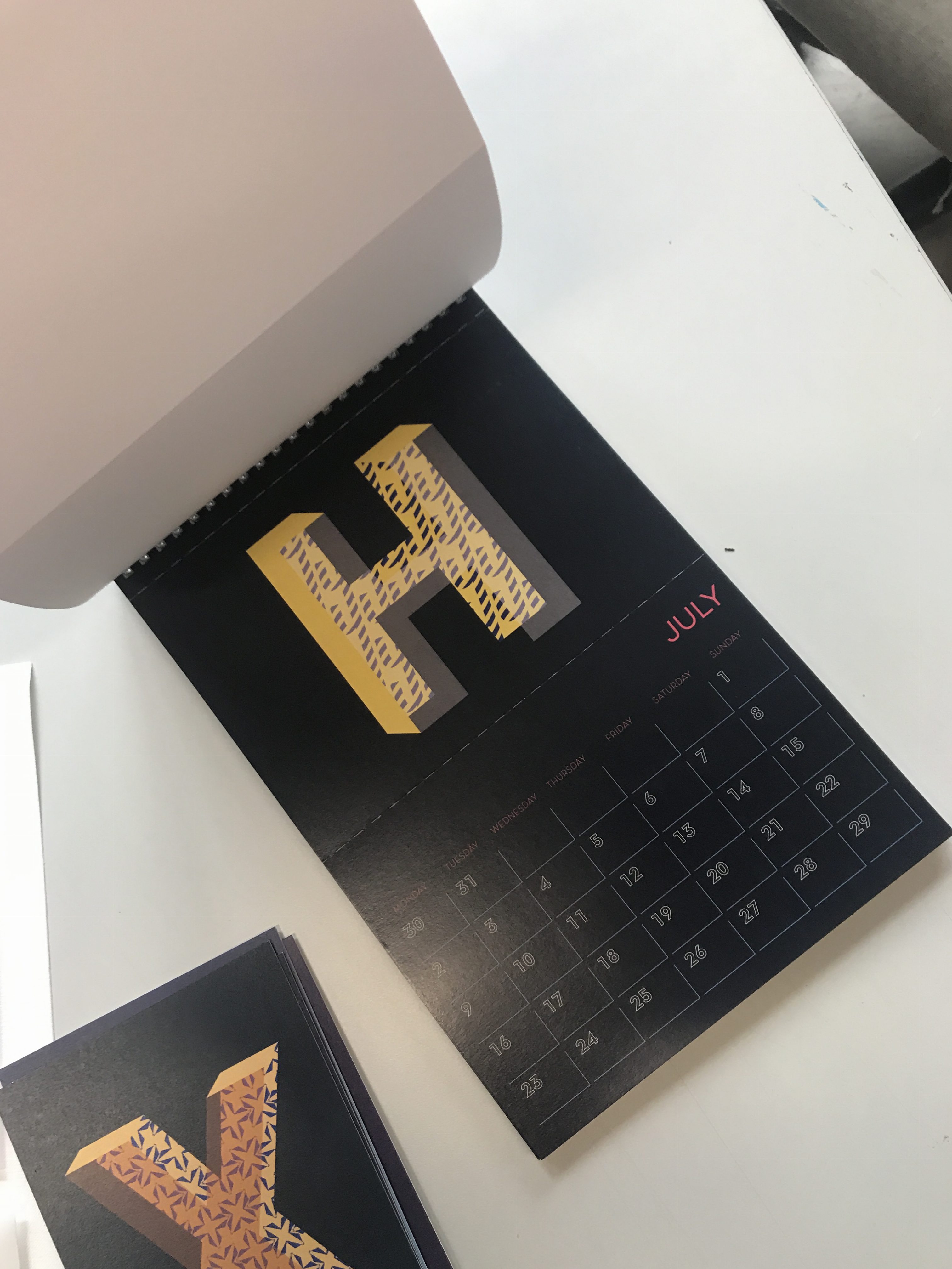 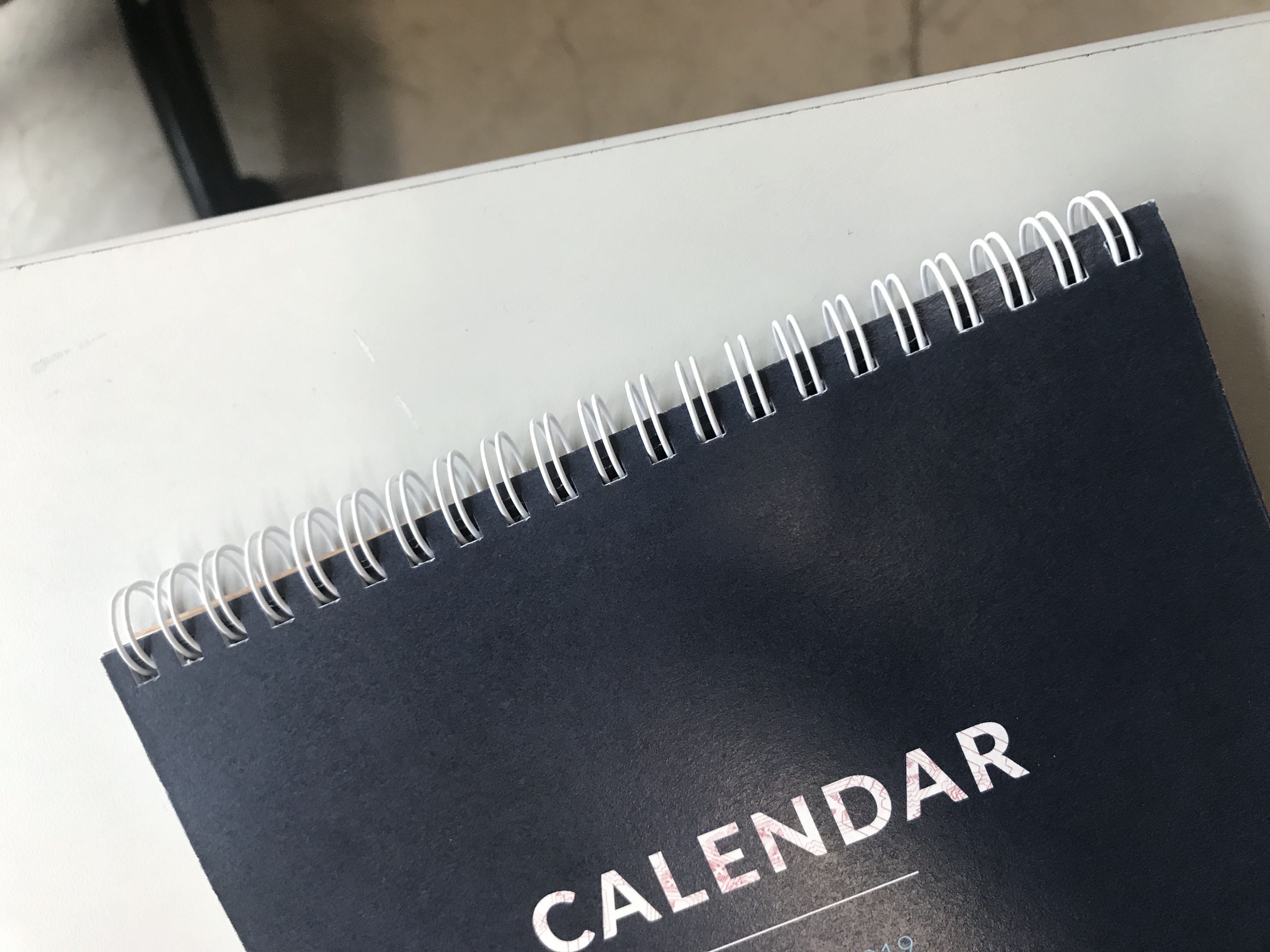 The sunlight was amazing, so we took a chance with that and I love the colours that came out! 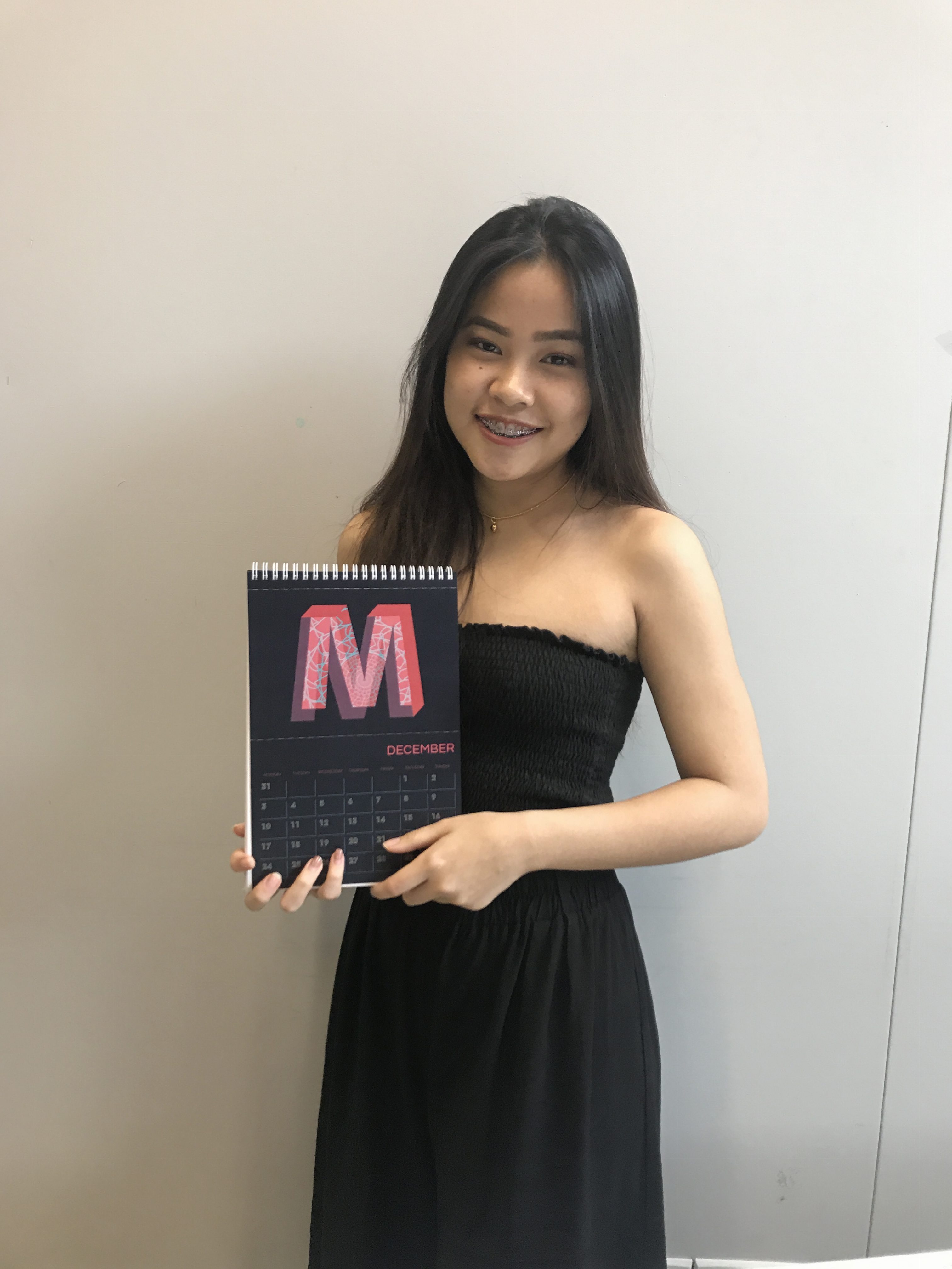 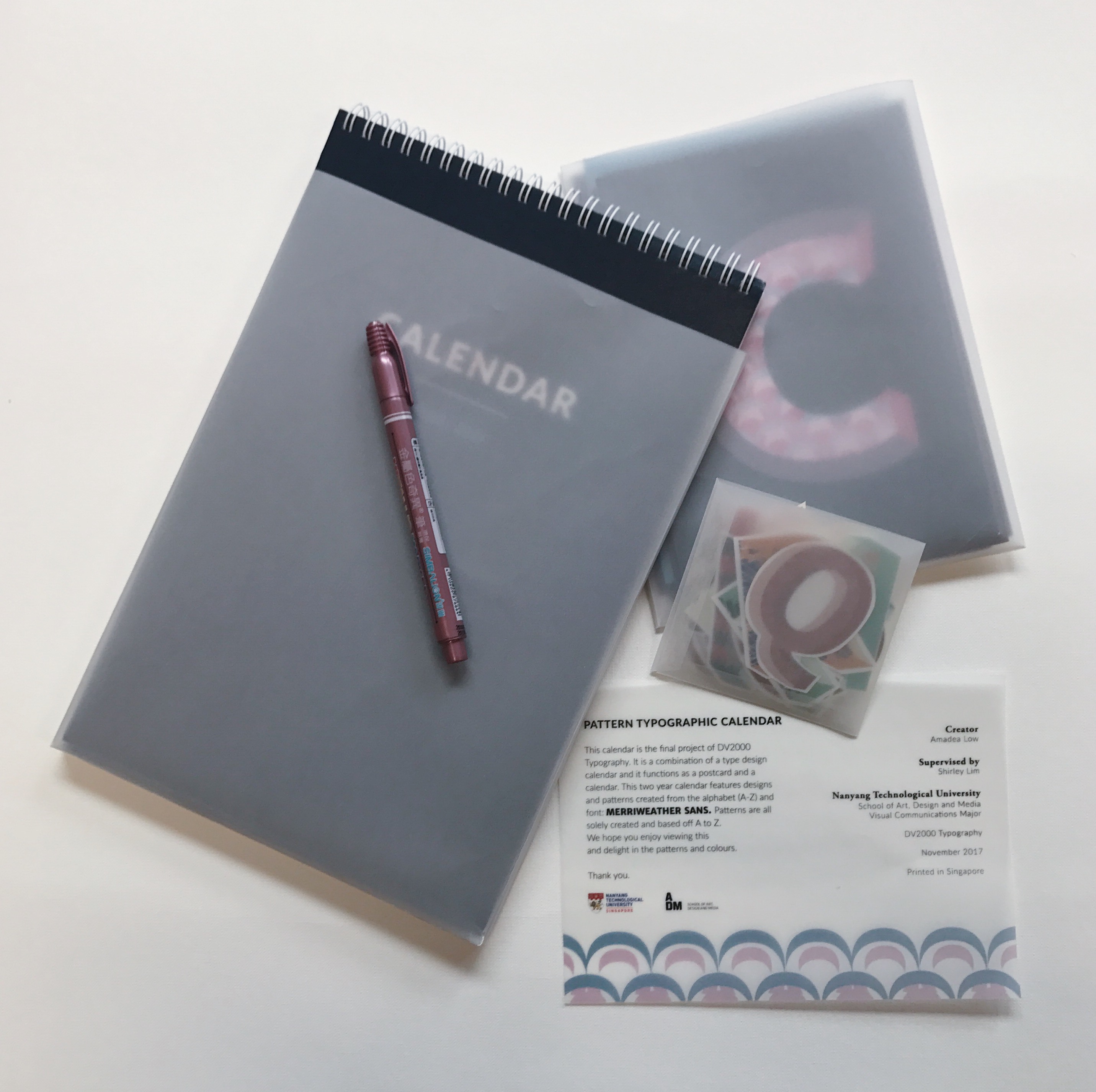 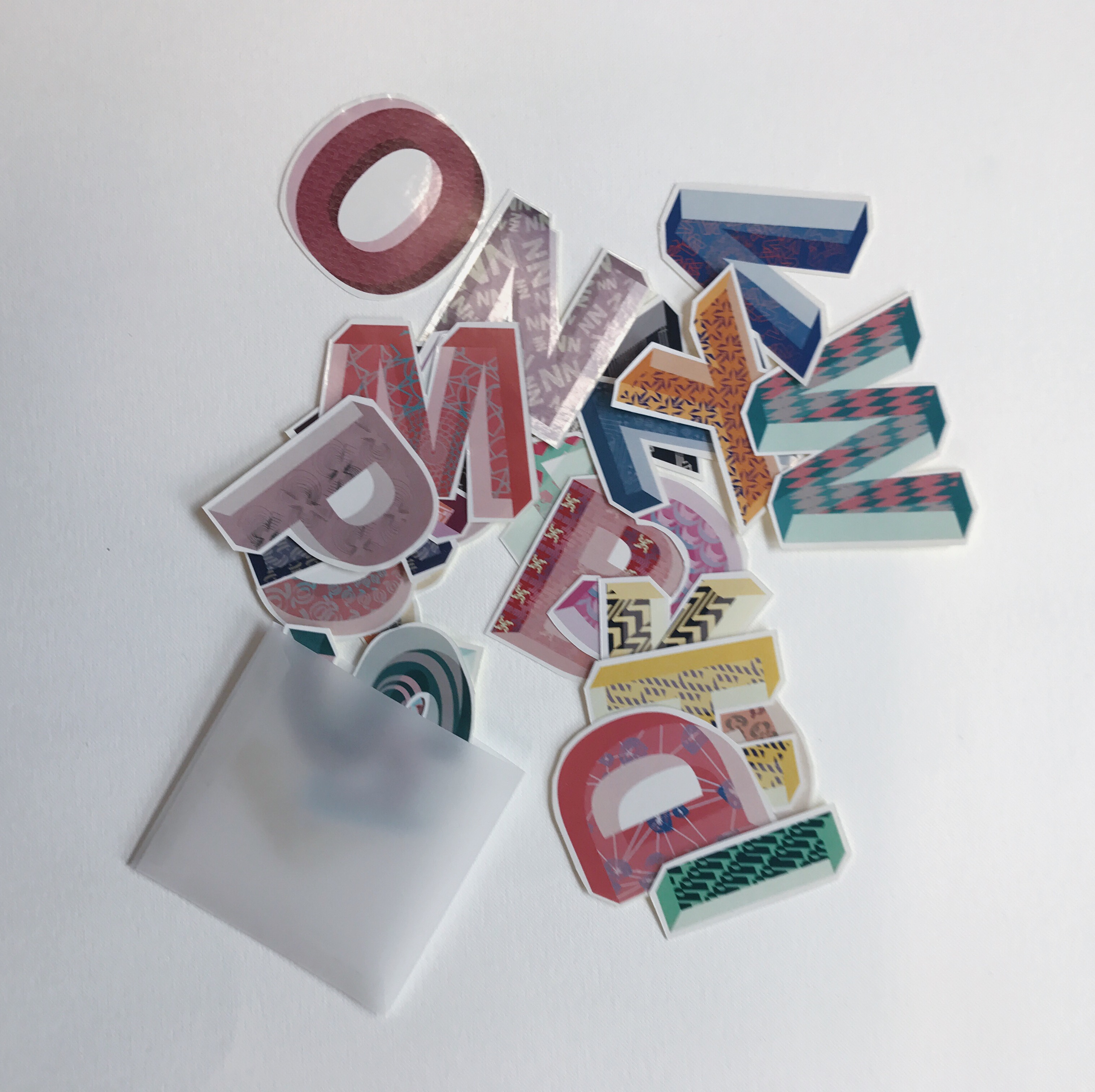 I didn’t put everything up but this was it and I hope my pen isn’t gone! Really had a fun time with this project! Thank you!