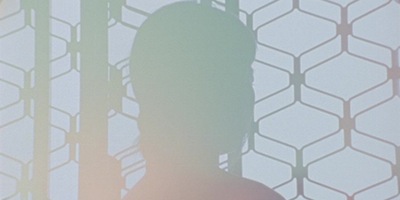 THE DRAWING ROOM
BY LIAO JIEKAI 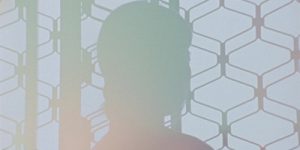 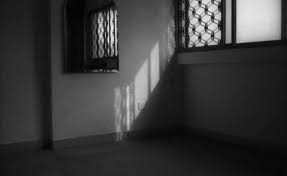 There is the strong contrast of the sense of time in the artwork: the video that shows the progress of the artist and the slideshow that shows negative photographs of the Greek sculptures. The rhythm of the video and the slideshow differs as the video plays in continuous flow whereas the slideshow contains abrupt rhythm and gaps in between. The video contains various close-ups of the movements of the artist and the model, thus providing a lot of detail. The photographs of the sculptures focus on the movement/body position of the sculptures.

The dimensionality of the body is shown through various reproduction of the image through drawings, films, photography and sculptures. And these various methods are present in this artwork. The sculptures of the bodies are shown through the photographs and the drawing of the body is shown through the film and the physical presence of the drawing. The artist wanted to present the idea of space in relation to when the image was created and exhibited. Thus, it presents different kinds of exhibiting spaces, the drawing room, the museum where the sculptures are exhibited and the current physical gallery where this artwork is exhibited. Finally, time exists in various dimensions for this work. The progress, the time when the photographs are taken and the current time at the gallery. This accentuates different sense of time in each of the dimensions.

As I first saw the art work, I started looking at the forms, angles and progression of the three different installations. I thought the video where JieKai was documenting the process of the painter was about capturing the rawness of what goes on behind a painting. In the slide projection, I realised that is was presented in negative form – sepia/brownish tone. This, which I thought had no relationship to the art piece and video. As I pondered a little bit longer and as I watched the video in conjunction with the stills that were playing, I thought that there could be a little bit of cultural exposure that the artist wanted the audience to see and learn. There is a process that is made for the painting and video. So, incorporating the stills shows that there needs to be cultural basis for even modern art pieces. I thought that it might also be showcasing the psyche of the artist, that she wanted those viewing the painting to realise that “modern art” isn’t just abstract and spontaneous, but there are huge roots to produce an art piece.

Also, I noted that the video was a little monotonous, especially when it was showing the empty spaces. Whether it was his filming style, I wasn’t too sure but I thought it represented the mundane state of trying to complete the art piece

After finding out more that this piece centered around three main things: time, space and dimensionality, I could put it together and understood what the artist intentions were. Both the film and drawing were simultaneously done together over a long period of time. I learnt that as Jiekai was filming, he found the setting up of the drawing interesting and as time passed, there was this mundanity and boredom of watching the artist just painting. Thus, I assume that the monotony of the film could be a reflection of his thoughts.

The author uses different forms of art to present his art work, which encourages the audience to use different angles to appreciate the art work.

Different art forms shapes the writing of history, affect our understanding of history. Maybe that is the reason why we need various form to document our history, in order to restore history objectively.

Liao’s projections display a few distinct contrasts, which, in turn, become eye-catching for the audience. A contrast, for example, lies in their colour scheme. The film is situated in a bright room, with much sunlight piercing through the window, whereas the film stills are negatives and are hence dominated by the darkness of the photographs. In addition, the distinction between the two projections themselves highlight a difference between still images and moving images, or a film, yet there still lies a similarity between the subject matters of both pieces. As the still images mainly focus on classical sculptures of the human body, similarly, the film shows interest in the drawing of a female body. This contrast allows the viewers to question whether there is a relation between classical European art and the art produced in this modern world. The idea of preservation hence comes to mind, being that it seems as though the charcoal artist is attempting to draw the lady in order to preserve this image of hers, just like how the European models were preserved through sculptures. This is further seen in the Chen’s use of a fixative, which keeps the charcoal drawing intact.

Liao’s art piece focuses on three primary ideas, namely time, space and dimension. As Liao attempts to dwell into the idea of time, he shows a comparison between the old and the new – classical European sculptures and a charcoal drawing of a woman in a rather modern setting. Time is further highlighted in his contrasting use of still and moving images, whereas the still photographs, which lack motion and focuses on art of the past ages, suggests the concept of the past – an age that would no longer features movement or a sense of life. The video, on the other hand, displays just that. It hence exhibits the idea of the present time, as it acts as a documentation of the final charcoal piece, highlighting its process in which the artwork is made. However, as Liao presents the final piece beside the projections, the audience is reminded that the present time in the video has already passed and now belongs to the past. The art projections hence creatively portray the fleeting essence of time. Moreover, Liao also experiments with space as he questions the setting of the artworks. Liao distinguishes the film and image projected through their contrasting colour scheme, but also emphasizes on the disparate settings through such technique. The brightness in the film highlights the plainness of the room, showcasing a more modern design of the location. On the other hand, Liao’s use of negatives in his slide projection emphasises the shadows and hence reveal the elaborate details of the museum’s interior. More interestingly, while the film is merely situated in a plain room, the fact that the video is being displayed in a gallery actually reflects the situation of the sculptures, which are likewise presented in a museum. This brings into question whether the drawing or the sculptures actually differ in setting. Thus, these qualities allow for enough confusion and curiousity to make the viewer analyse or question how an image appears or how it is being produced and displayed. While the two works were created in differing places and ages, there are still similarities between these two. Art, perhaps, is truly ephemeral.

“The viewers are seeing the artwork made in present time, yet since the art has been completed, it now belongs to the past.”